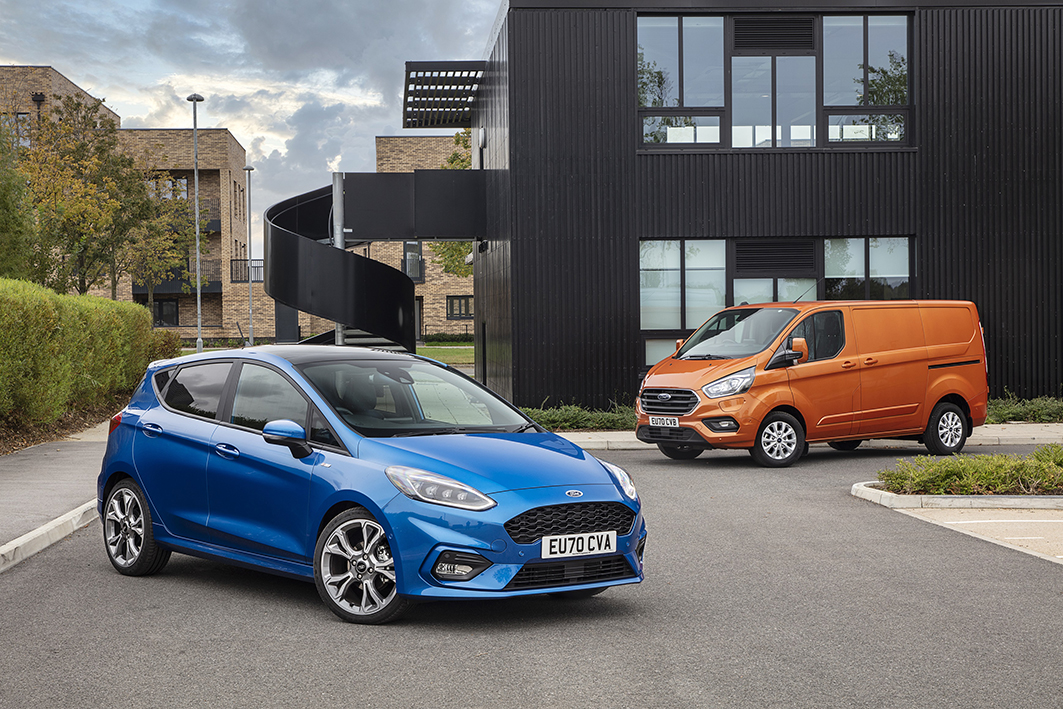 The Ford Fiesta and the Ford Transit Custom / Tourneo Custom range took the No.1 and No.2 spots respectively in Britain’s best-selling new vehicles chart for 2020.

“I want to thank our customers for continuing to show their confidence and trust in the Ford brand in what was an unprecedented difficult year,” said Lisa Brankin, managing director, Ford of Britain and Ireland.

“The new lockdown measures mean there will be a slow start to the much needed recovery in the new vehicle sales market as we begin 2021, though thankfully the UK-EU and UK-Turkey trade agreements signed just ahead of the new year have avoided an even worse potential situation. We hope that the current circumstances will have changed enough by the all important March sales month to help give the industry the kick start it needs.

“We will be playing our part by keeping up our new vehicle momentum at Ford, bringing to market exciting new products like the all-electric Mustang Mach-E which we’ll see on our roads in the next few months.”

For the Ford Fiesta, 2020 marked the 12th successive year it had captured the top spot as Britain’s most loved passenger vehicle with more than 49,000 sold. Since 2009, Ford customers in Britain have purchased close to 1.3 million Fiestas.

Ford was Britain’s top selling passenger vehicle brand in 2020, a position it has held for the past 44 consecutive years, and also led retail sales with a 10.9 percent share in this segment. Other passenger vehicle highlights included the Ford Puma which, in its first year on sale, with nearly 26,300 sold, is the best selling mini utility vehicle in the country and placed No.8 in the best-sellers list overall.

Ford not only led the medium and light commercial vehicle sales chart for the 55th successive year, but the Transit Custom / Tourneo Custom range were the country’s No.2 top-selling vehicles overall with sales of nearly 47,500 during the year. Transit Custom / Tourneo Custom sales represented an all time record market share of 44.5 percent of the one tonne medium commercial segment.

The Ford Ranger also achieved a best-ever market share, accounting for 36.5 percent of total pickup sales in 2020, and making it once again Britain’s favourite pickup. 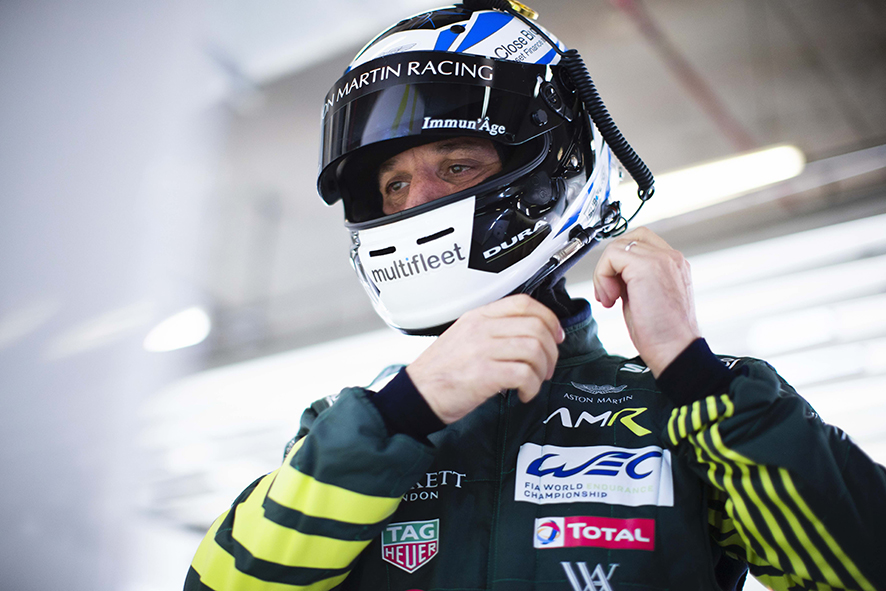 Aston Martin factory driver, Darren Turner is to attempt 200 miles an hour in the Aston Martin Bulldog concept car forty years after it was first tried.

The Aston Martin Bulldog, styled by William Towns, is a one-off concept created in 1980 to prove that it was not only a small company of renowned motoring artisans but that it’s engineering prowess was also world class.

Aston Martin hoped that the car would be capable of over 200 miles per hour making it the fastest production car of its time.

However, testing and development were curtailed with the car tantalisingly close to its design performance, having achieved 191 miles per hour in testing at MIRA when Victor Gauntlett became chairman of AML in 1981.

Last year the car was given to Classic Motor Cars in Bridgnorth, Shropshire, to carry out an 18-month nut and bolt restoration of the famous car. Following this the owner plans to run the car at over 200 mph and then take it on a World tour.

Overseeing the restoration, on behalf of the of the owner, is Richard Gauntlett, Victor Gauntlett’s son who grew up with the car and his father’s ambition of it becoming the fastest production car ever developed.

Richard said: “The car is well on the way to being restored and CMC will have it running by the end of the year. We will then attempt the record that never was. A critical part of this was finding the right driver for the job and someone that could get involved in overseeing the final elements of the project, in terms of set up and testing.

He added: “I am delighted that Darren Turner who has been an Aston Martin works and high-performance development driver for more than 15 years has agreed to join the team.”

Darren Turner said: : “I had heard of the legend of Bulldog from within Aston Martin and when news started to filter out about the car being restored to go for the 200mph target, I thought that was such a cool thing to do.

“I was following the story and thinking that it would be great to be involved in. When I was asked to drive it I didn’t need to be asked twice!”

He added: “I really appreciate being asked and I’m looking forward to becoming part of the story of bringing Bulldog back to life and finally achieving what it set out to achieve all those years ago.”

Nigel Woodward, Managing Director at Classic Motor cars in Bridgnorth said: ” It’s great that Darren has agreed to drive the car. Having such an accomplished driver on board and one that will become involved in the final set up and testing is fantastic and of course, given Darren’s own historic connections with Aston Martin, very fitting too.” 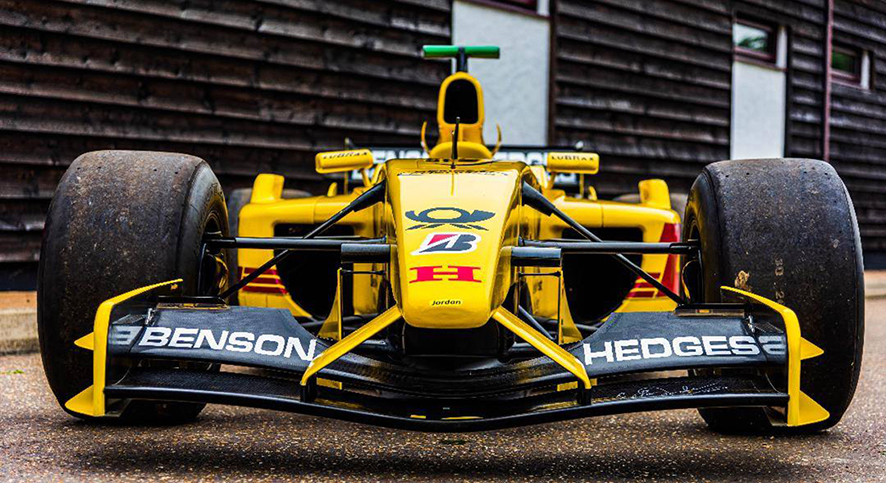 F1 fans and petrolheads alike now have the rare opportunity to drive a Jordan F1 single seater, one of the most powerful race cars in the UK.

The all new experience, available from TrackDays.co.uk, actually allows participants to get in the very same cockpit that was once graced by race legend Takuma Sato in 2002, as he battled fellow F1 legends such as Michael Schumacher, David Coulthard, Jenson Button and Rubens Barrichello.

The legendary car itself, still sporting the instantly recognisable DHL yellow exterior, cost a cool £4.5 million to build. It is also to date the only EJ12 chassis in existence available to drive.

Dan Jones, operations manager at TrackDays.co.uk, said: “It’s very rare to have the chance to drive a genuine F1 race car that was driven in anger in the world’s foremost motorsport championship.

“However, it’s not for the fainthearted, as it boasts 600 bhp, an engine that can spin to an astonishing 10,500 rpm courtesy of a 3.0 litre Judd engine, while reaching 60 mph in under five seconds.”

TrackDays.co.uk is currently offering Jordan F1 packages at Bovingdon Airfield in Hertfordshire. The entry level is called the Jordan F1 Driving Experience, while even more intense options include the Jordan F1 Suzuka Legend Experience and the ultimate Jordan F1 Grand Prix Experience, which includes 30 driving laps and many other extras.

Dan added: “Unsurprisingly, our Jordan F1 driving experiences are some of the most premium packages we offer.

“However, when you consider that it could cost up to £250,000 to own a genuine model, plus the astronomical running costs, then these driving experiences in them are a real bargain while still enjoying a once-in-a-lifetime thrill.”

The official statement from the Driver and Vehicle Standards Agency

On 4 January, the government announced a new national lockdown to control the spread of coronavirus.

You can read more about the lockdown measures on GOV.UK

Driving and riding lessons, including CBT must not take place until the restrictions are lifted. This includes ADI part 2 and 3 tests and standards checks.

All theory tests will be suspended until the restrictions are lifted.

We will email anyone who has booked a test and is affected by this to let them know their theory test is on hold and that they will need to reschedule it by visiting https://www.gov.uk/change-theory-test.

If you booked your pupil’s theory test you will need to log into the booking system and rearrange their test for a new date and time. 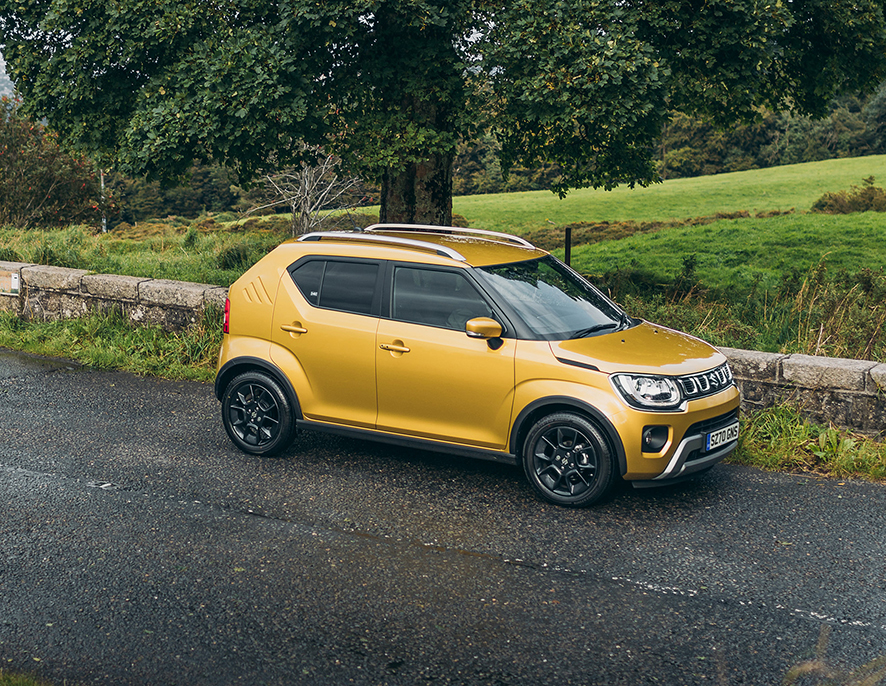 Further ‘Best Buy’ and ‘True Mpg’ category wins for Suzuki Ignis at the 2021 What Car? Awards

Following its success last year, the Suzuki Ignis Hybrid compact SUV has again been awarded a ‘Best Buy’ at the 2021 What Car? Awards held online on 12th January. Ignis was comprehensively judged by the editorial team and announced as the best value overall small SUV model.

The Ignis 1.2 Dualjet Hybrid 2WD https://cars.suzuki.co.uk/new-cars/ignis/ was also awarded another ‘True Mpg’ What Car? accolade and remains the most economical car tested by the team. Ignis has previously won the long etablished magazine’s ‘True Mpg’ award in 2019 and 2020.

Readers of What Car? regularly ask the team to assist with advice on their next new car and in the case of needing something small, cheap to buy and run and also easy to drive, Ignis is very high on the list and adds further choice too with the optional availability of its Allgrip ‘Auto’ 4×4 system.

Commenting at the awards, Steve Huntingford, Editor of What Car? said: If you want a high driving position in a car with tiny, city-friendly proportions and rock-bottom costs, nothing does it quite like the Ignis. And it continues to make sense when you leave the town behind, because it’s the most economical car we’ve ever tested for driving on rural roads and motorways, managing 74.8mpg and 53.3mpg respectively in our real-world True MPG tests”

Suzuki has some very attractive Zero per cent Finance offers running through until the end of March and Ignis SZ3 at £14,499 is available for just £139 per month with a deposit of £2,439 on a 49 month PCP (Personal Contract Purchase) agreement. A final optional payment of £5,388 would be required to keep the car at the end of the term. 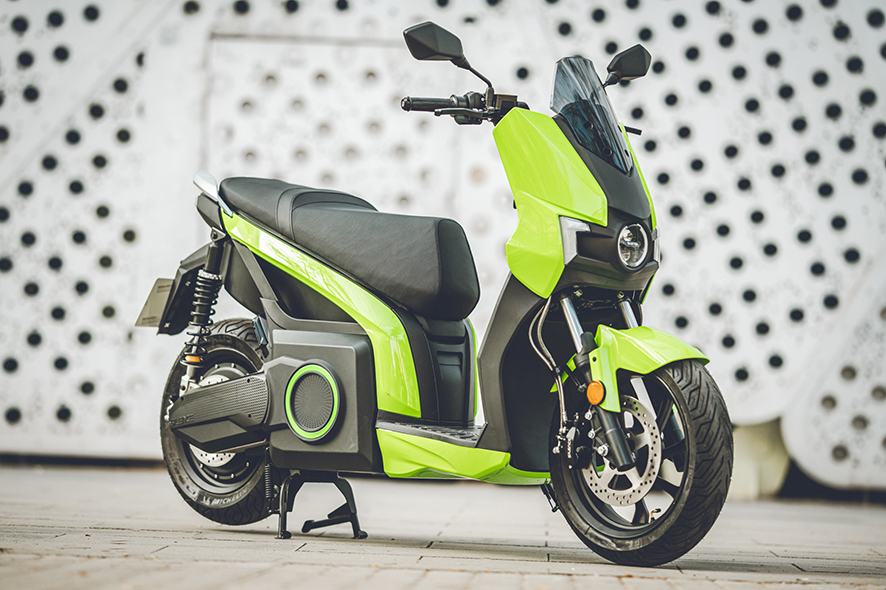 Two-wheel transport is on the rise in Britain and undergoing an electric revolution, driven by changes in both consumer behaviour and regulation, particularly in urban areas. Congestion, air quality, eco-consciousness and, most recently, Coronavirus fears are all contributing to a significant shift in attitudes – and rocketing demand for electric powered two-wheelers of all types.

Designed, engineered and manufactured in Europe, the Silence family of ‘e-moto’ scooters are the perfect solution for the growing number of both individuals and companies looking for low-cost, high-quality and zero-emission urban transport.

Powered by a unique, patented and proven lithium-ion battery system, the Silence family combines exceptional performance with everyday practicality. The battery is completely portable with a ‘click-and-go’ release and innovative, patented, trolley system to allow charging to take place at any 240V socket.

All Silence e-moto scooters ride just like a conventional scooter, from a step-through frame, to simple twist-and-go throttle and front and rear brake levers. All models come with a selection of driving modes (ECO, City and added Sport mode on the S01 and S02) as well as a reverse gear.

The Silence family is now on sale complete with a comprehensive manufacturer’s warranty of two years for the e-moto scooter and three years for the battery, plus two years’ AA UK roadside assistance cover.