Flags – we see them in many different places. There are a few flags hoisted on a flag pole outside the Civic Centre, Oyster-mouth Road, and on the opposite side, flags are flown outside the prison.

So, where do flags originate and how many national flags are there.

Their origins remain a mystery; however, it is thought that the ancient Egyptians used pennants, “flag-like” field signs or standards. During the course of time, standards were developed into those that were used by the Romans (pic right), each identifying the different Roman legions. 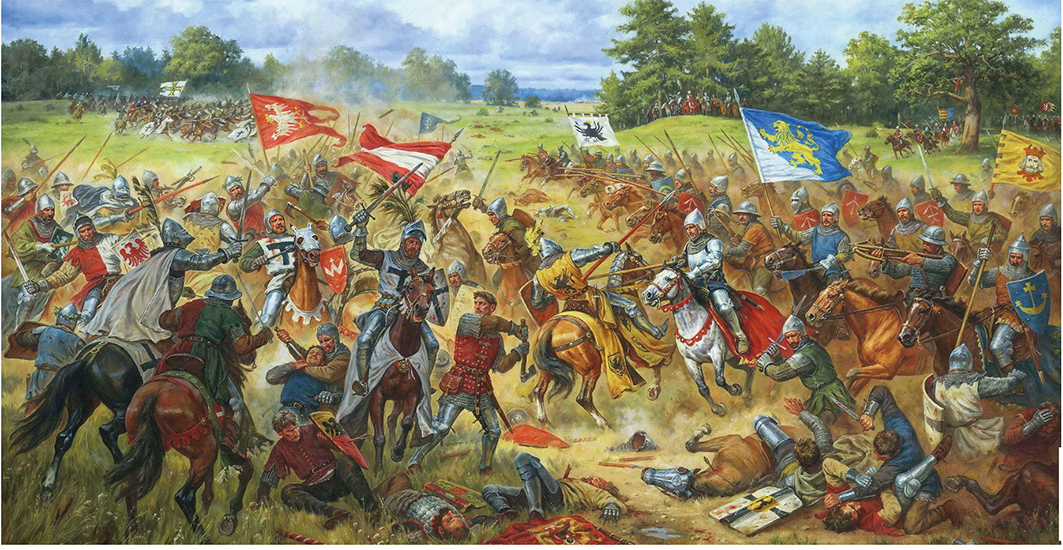 During the Middle Ages, flags were being used as heraldic devices, helping to identify knights from each other (main pic above showing the battle of Grunwald 1410). Bit of a tricky ending otherwise and it also reduced the friendly fire deaths. 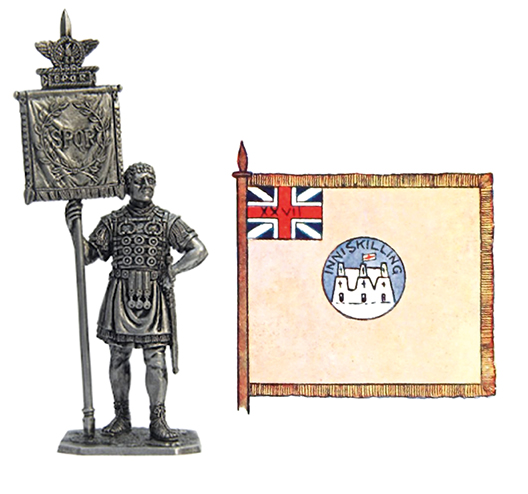 Originally, flags used by army regiments, prior to 1743, were 6’6”x6’ in size and were carried during the course of a battle. They indicated where the troops, during the impending battle, were meant to be. Clearly this was an advantage to the enemy in knowing what the other side was intending to do!

Regiments designed their own flags, but things were to change after 1743, when flags were reduced in size to 3’9”x3’. A Royal Warrant issued by King George II, required that flags were to display the King’s colours as their first colour, along with the Union flag at the top corner. Further changes were made during 1747, when the regimental number was displayed (see pic right showing the flag for the 27th Inniskilling Regiment 1747). 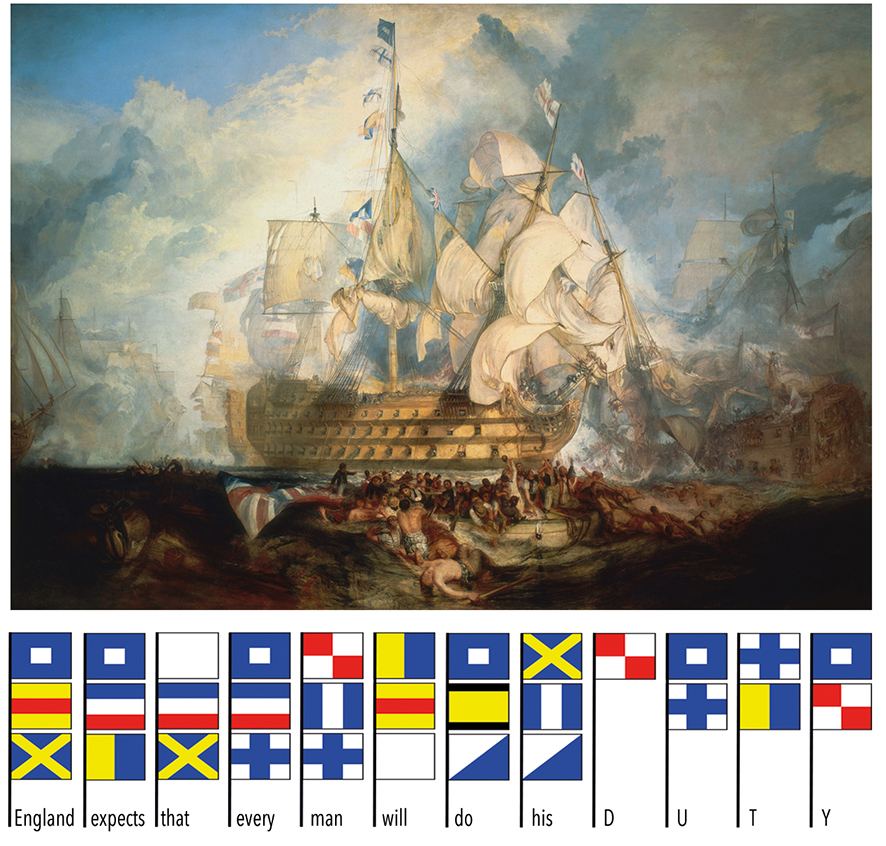 The Battle of Trafalgar. Painting by JMW Turner

A good example of this system of messaging was the message by Lord Nelson at the start of the Battle of Trafalgar, October 1805 – “England expects that every man will do his duty”.

Which country has the oldest and which the newest national flag?

Denmark boasts the oldest, its current flag was attested in 1478 and it inspired other Nordic countries in their choice of flag. The Netherlands, has the oldest tricolour flag, dating back to 1575. Meanwhile, Libya in 2011, and Malawi in 2012 are the newer flags to have been adopted.

The United Kingdom flag, known as the Union Jack or Union Flag, dates back to 1801 when it was first adopted, following the Royal proclam

ation of Act of Union 1800, the union of Great Britain and Ireland.  The flag is made up of the red cross of St. George, the diagonal white cross of St. Andrew and the red diagonal of St. Patrick’s cross.

The earlier British flag was known as the King’s Colours or the Great Union Jack. This design was ordered by King James I and used at sea from 1606. It was first used as a national flag following the Treaty of Union and Act Union, 1707. This earlier flag only consisted of the red cross of St George, overlaid on the Scottish cross of St Andrews.

The Welsh flag is not represented on the 1801 Union Jack flag, as the flag had not been developed at the time of the Laws of Wales Acts 1535 and 1542, integrating Wales into the Kingdom of England. The St. George’s Cross represents both England and Wales, even though this does sound extremely bad for Wales. Wales has been represented since 1837 in the Royal Standard.

A century after the Laws of Wales Acts at the Battle of Bosworth, 1485, Henry Tudor, defeated Richard III. Henry carried the heraldic charge Y Ddraig Goch, incorporating the red dragon of Cadwaladr, King of Gwynedd, on the Tudor colours of green and white. After the battle this flag was carried in state to St. Paul’s Cathedral. It was not until 1800, that the red dragon became an official royal heraldic badge, following the Royal Warrant issued by King George III. A century later in 1959, it was recognised as the Welsh National flag.