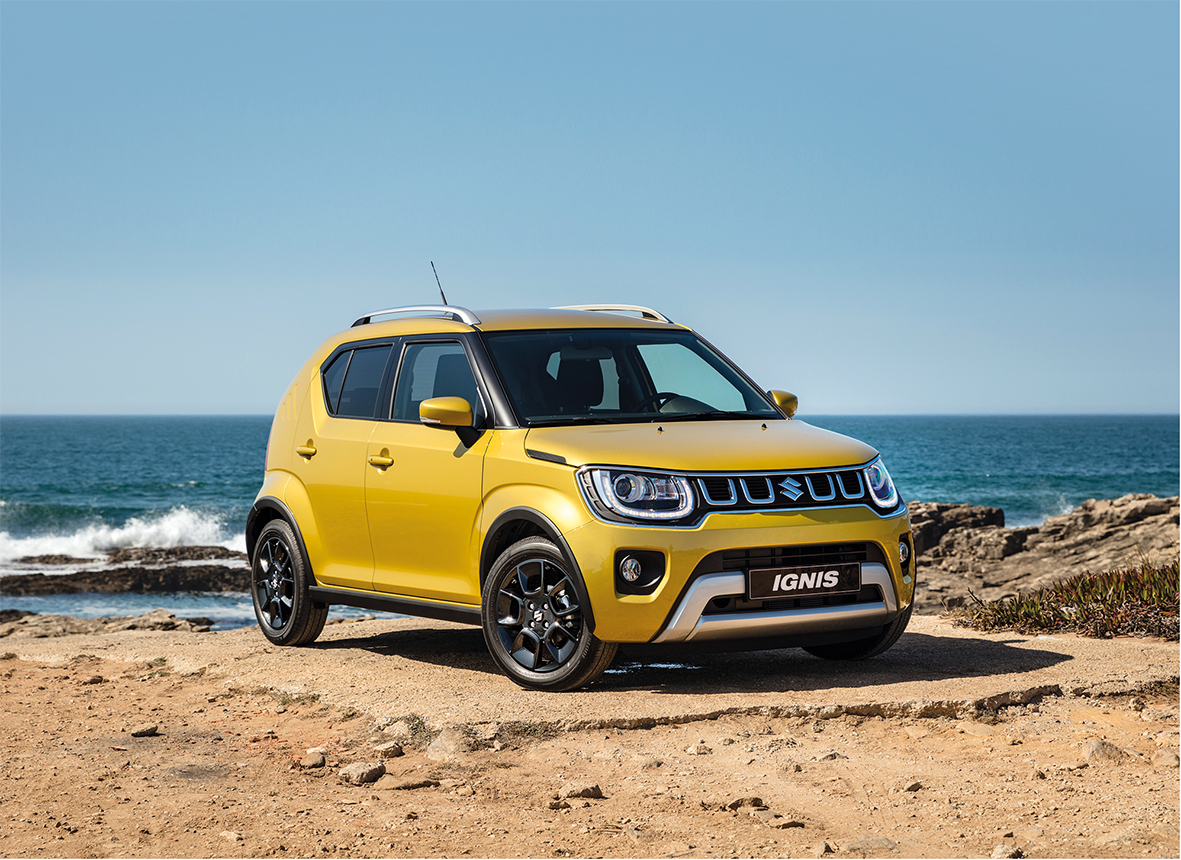 Had Suzuki’s award-winning press office lent me the latest version of their Ignis a little later in the year, there’s a possibility that you might now be reading a somewhat different review. And, if they’d lent me a different variant Ingis to the1.2 Hybrid SZ5 4W their always affable delivery team dropped off here, there’s a chance this text may have perhaps read a little differently too. Sometimes however things just happen to fall very nicely into place.

You see, this is not the first time I’ve spent time with an Ignis. Soon after its launch in 2016 I spent a week trying to prise the keys off the then Suzuki press demonstrator from the hands of Mrs B. Suzuki’s little “city-car crossover” (Suzuki’s words, not mine) went down rather well here, as I recall; I very nearly spent as much time driving it as Rebecca did!

In fact, the Ignis seemed to go down rather well with anyone I knew that sampled one; a few fellow Welsh Motoring Writers members even went as far as placing orders for one of their own – high praise indeed. Said Ingi (presumably that’s the correct plural) are still very much, in completely reliable and very active service too, I’m reliably informed.

As for me, I summed-up that particular week by writing such things as…Diminutive dimensions and near goldfish bowl visibility make nipping in and out of traffic gaps a breeze…It’s comfy, take it out of the city though and things can feel rather frantic…There’s wind noise as result of the Ignis’ squared-off corners …The short wheel-base, small wheels and unsophisticated suspension sometimes get caught napping by uneven surfaces…Extra ride height means there’s more body roll than might be expected from something so feather-light…The need to keep things on the boil in a bid to maintain momentum is actually rather fun.

All of those words, thankfully, have stood the test of time, and they’re as relevant to the Ignis today as they were then. Although I’m pretty sure the ride is better than I previously gave it credit for.

I also noted…The Ignis’ small boot and 30 litre fuel tank mean you’re hardly likely to embark on a round the world trip in it – unless that is you travel light and plan to fill-up every 300 miles or so. That’s still true. However, no matter how hard I drove the new Ignis I never could manage to get it to do less than 51 mpg. It’s superbly economical, and visits to the petrol pumps need not be particularly frequent.

I finished my initial Ingis inquiries by saying: Few other cars pack this much personality and such a wide range of talents into such a tiny package.

And that was before I drove an Ignis on snow.

We’ve had quite a bit of what the weathermen call The White Stuff out here in The Far Unlit Unknown (a.k.a The Welsh Marches) of late. Usually that means a day, at least, of not being able to get out for supplies. Unless, that is, you have a four-wheel drive. Did I mention that an Ignis 1.2 Hybrid comes with the option of Suzuki’s allgrip system? I thought that 4W bit had to stand for something. 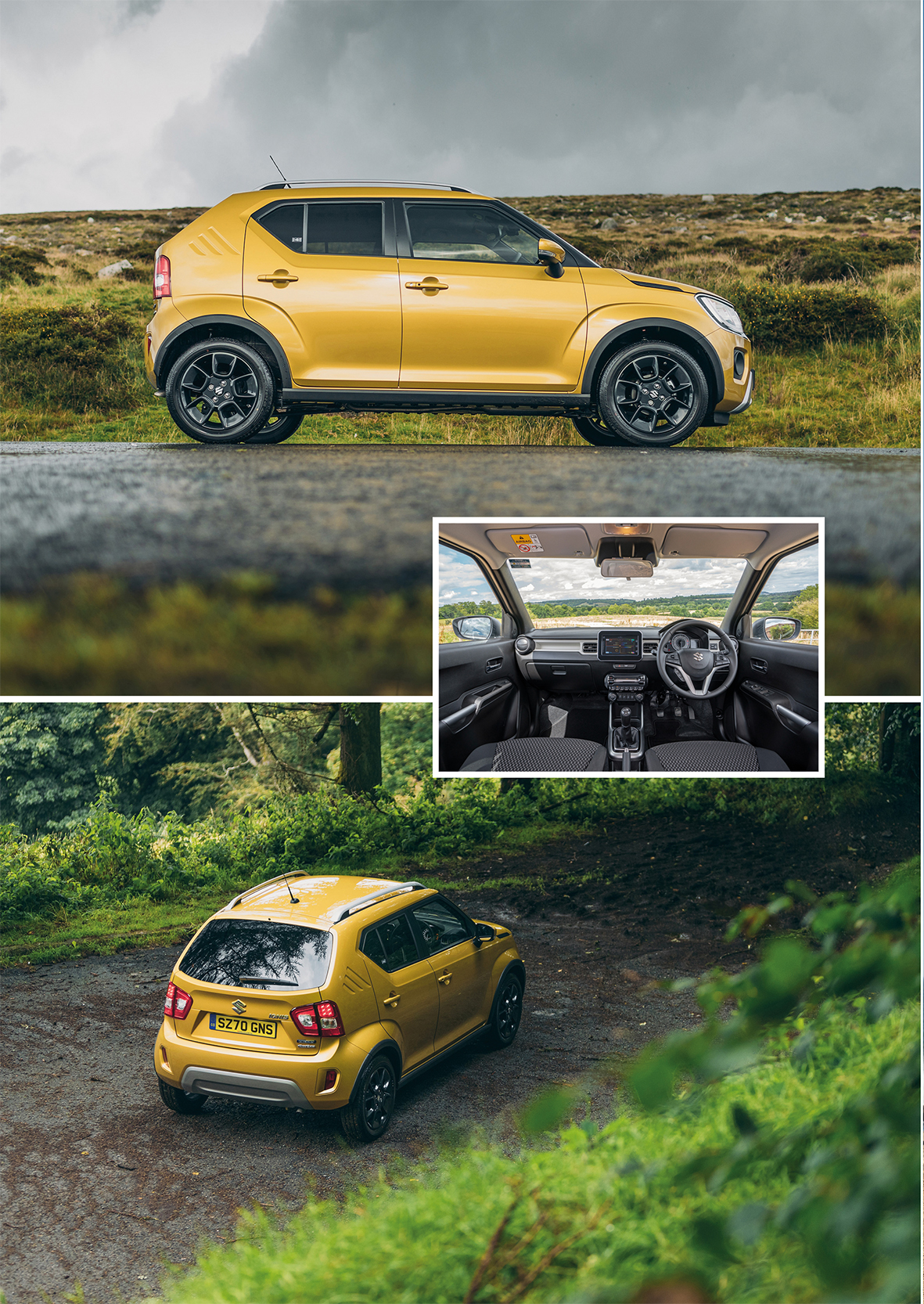 First introduced in the Swift, allgrip is Suzuki’s well proven, simple, and fully automatic permanent four-wheel drive layout. It transfers additional torque to the rear wheels when required via a viscous coupling.  Which makes it ideal for people who, like me, live in rural areas and occasionally need to traverse rougher terrain or slippery surfaces – especially during winter months – but don’t necessarily want the costs of owning a more conventional SUV sized vehicle. As soon as the Ignis’ front wheels begin to spin, that clever coupling locks due to friction and shear caused by the differences in motion of the plates within it. It then rapidly transfers torque to the rear axle.

And on top of that, the Ignis also benefits from Hill Descent Control and Grip Control.

Grip Control activates on slippery surfaces at speeds of less than 18mph. Once switched on by the driver, it focuses torque on the driven wheels that have grip and will quickly apply braking to the wheel that is spinning. Hill Descent Control activates once switched on by the driver and when the vehicle is travelling on an incline at under approximately 15mph in first or second gear. 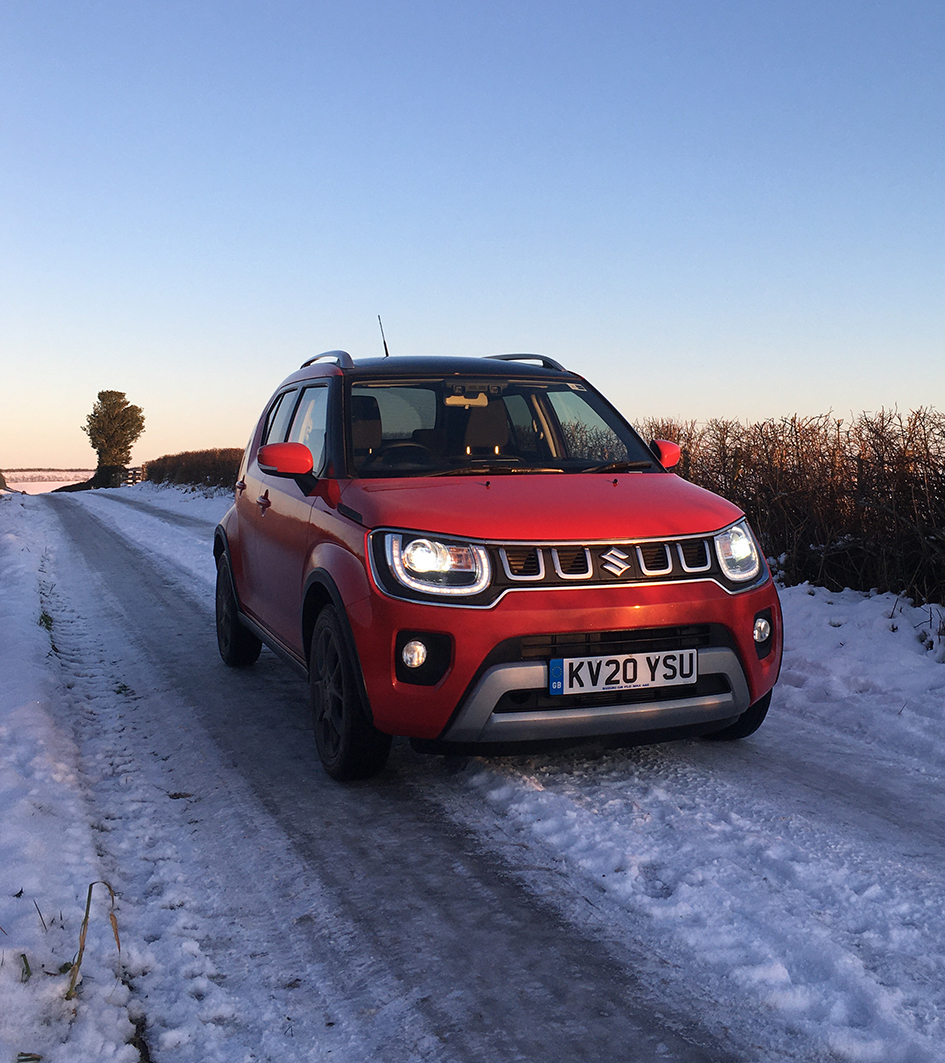 Liam’s Ignis in the snow

Whereas many a modern city car would have sat, spinning its front wheels, on the drive, the Ignis simply got on with the job in hand; its extra sure-footedness and diminutive dimensions suited the lanes around my place perfectly. And whatever the weather threw at us, I was sure that come the end of the day, I was going to get home.

Of course, the Ignis isn’t perfect. It will only seat four and in places, despite Suzuki’s recent improvements, some of the interior plastics do still feel a little bit hard and scratchy. The steering column does not adjust for reach, only rake, and I’m pretty sure the mirrors aren’t heated – which is particularly frustrating on a frosty day. Or did Suzuki just put the button somewhere I couldn’t find it?

And there’s another thing. If I’m totally honest, I don’t think the Ignis feels as eager as it used to. The older model felt peppier, and a bit more…well…alive. Maybe it’s the new hybrid system, or the slight drop in engine capacity. Both power and torque are slightly lower than they used to be.

Still, one look at the Ignis is enough to tell you that lap records and drag races probably aren’t really its thing. But, it’s still more than capable of making you smile. And on a snowy morning out here in the sticks, honestly, I’d pick the Ignis keys, every single time.

Many Thanks to Jessica Alun, and Adrian at Suzuki UK’s press office for the loan of the Ignis