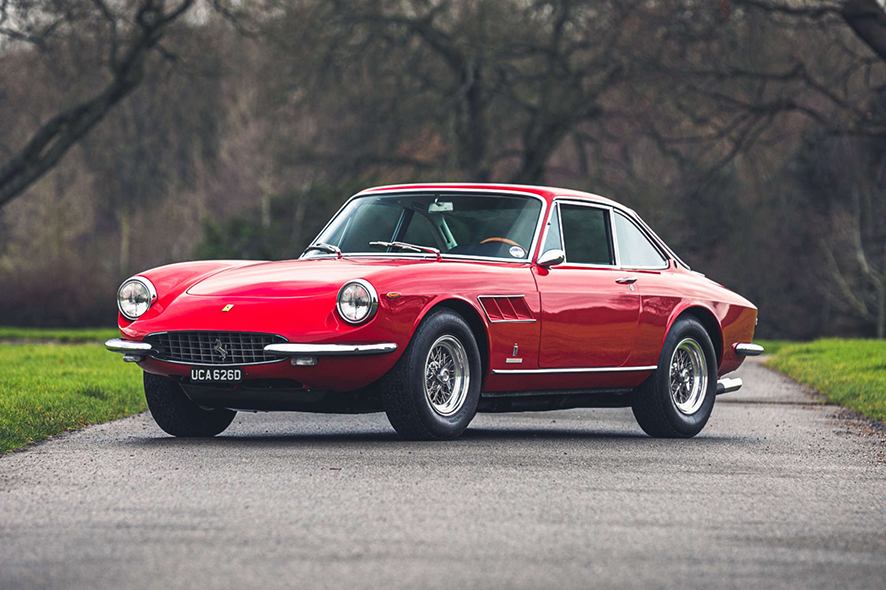 One of the star cars recently confirmed for the sale is this 1968 Ferrari 330 GT Coupé by Pininfarina. This simply lovely example of one of the best-looking cars in history is classically finished in a gleaming coat of Rosso Corsa, with a Nero interior, and with long-term ownership between 2005 and 2017 with over £30,000 spent during this period with JDR, TDH Classics and Hoyle-Fox. The car has been fully retrimmed with a new boot carpet and a new headlining fitted, door capping’s and the dash-board, the Borrani wheels were rebuilt and the spinners re-chromed, the carburettors were rebuilt, a new stain-less-steel exhaust fitted, the brakes rebuilt and the distributors were adjusted to suit the new electronic ignition.

Beneath the 330 GTC’s stylish and elegant bonnet nestled the 4.0 litre, 300bhp version Ferrari’s familiar, twin-cam, 60-degree V12, as used in the 330GT 2+2 enabling 0-60 in less than 7 seconds and over 150mph in true V12 GT style. The rear suspension incorporated the five-speed gearbox in a transaxle, an arrangement that created more even weight distribution and a delightful handling balance.

In light of government restrictions, Silverstone Auctions date for this auction is Saturday 27th March. Pre-sale viewings are important for their customers; therefore, with this revised date they can hopefully provide this service in due course where interested bidders can come and see this classic sixties outstanding GT Ferrari.

Silverstone Auctions are still inviting entries to join the superb lot list for their live online auction. The UK market leading classic car auction house can be contacted on 01926 691141, by email enquiries@silverstoneauctions.com or via their website. 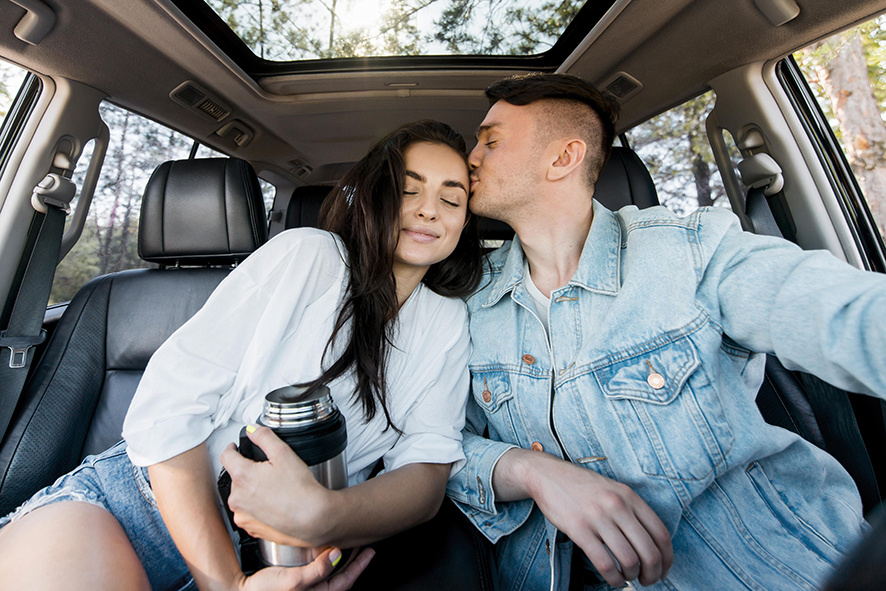 OVER HALF OF BRITS ADMIT TO GETTING FRISKY IN THEIR CAR

If you have ever wondered what gets the British people’s motors running, now we know. Over half (55%) of 2,000 drivers surveyed admitted to getting ‘intimate’ in their car. This rose to 61% of men, while 1 in 10 (9%) indignantly said it was none of our business.

The research by Auto Trader, the UK’s largest digital marketplace for new and used cars, also found that those in Sunderland were the friskiest in the UK with a whopping 80% admitting to doing the deed in their car, whilst Cardiff was at the other end of the spectrum with just 37%.

Proving romance isn’t entirely dead though, over a quarter (27%) said they’ve given their cars pet names. However, some die-hards out there (18%) claimed they’d rather break up with their partner than sell their car.

When asked what it was exactly that they loved so much about their car, almost a third (29%) admitted it was its size, so perhaps there is something to the old adage… One in five (18%) claimed it was the way the car made them feel whilst 19% said it took them to places they’d never been before – make of that what you will. 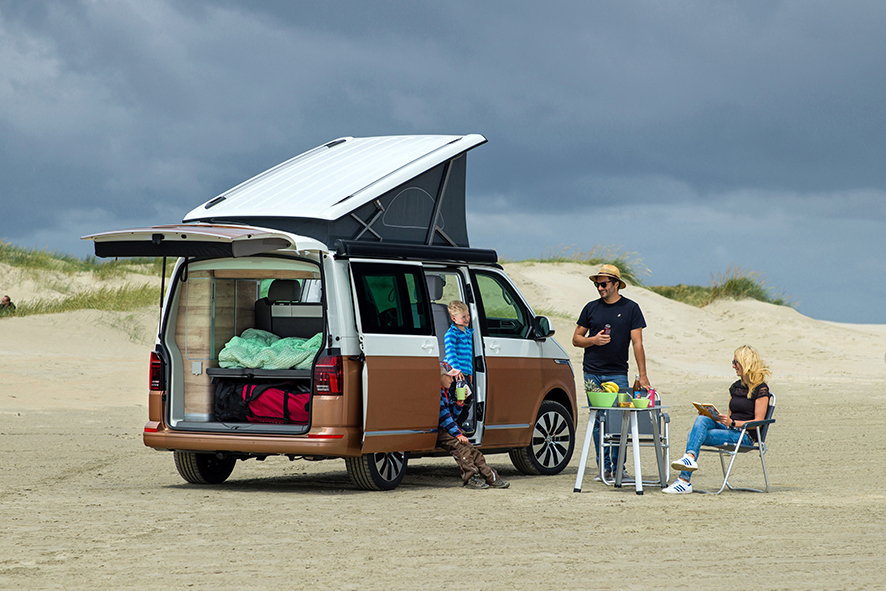 Volkswagen Commercial Vehicles has launched a Motorhome Qualification Scheme to give customers confidence when buying a converted Volkswagen campervan, with the market soaring in 2020.

With more families opting for remote staycations due to COVID-19 travel rules, Volkswagen Commercial Vehicles recorded a 36 per cent year-on-year increase on its campervan web pages in 2020, and more than 200,000 customers started configuring their dream California and Grand California vans. Similarly, Google search terms for campervans and motorhomes in 2020 were up 53 per cent and 41 per cent, respectively.

The scheme represents the highest standards in the industry, with criteria for inclusion requiring con-verters to meet National or European Type Approval, pass the stringent National Caravan Council standards, have a three-year trading history, register on the Body Builder Database, and provide a minimum of £5 million liability insurance.

In addition, converters are committed to offering the same warranty to match the base vehicle, giving customers clarity on one term to cover maintenance of the entire vehicle. Converters who meet all the standards required by the scheme will receive official certification to use on their website and

For more details on Volkswagen Commercial Vehicles’ range of products and services, or to find your nearest Van Centre, please visit www.volkswagen-vans.co.uk. 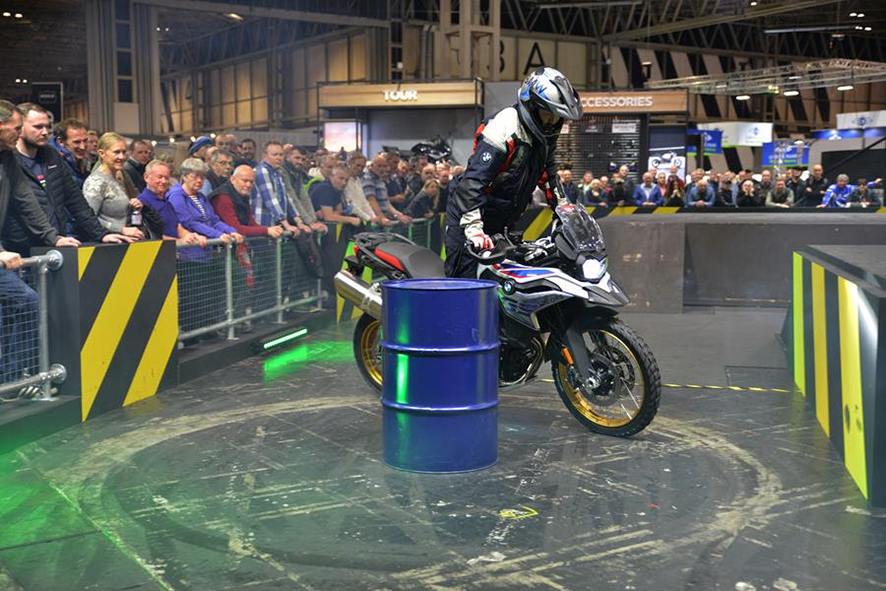 Dates confirmed for Motorcycle Live 2021, in association with Bikesure Insurance

The UK’s biggest motorcycle show, Motorcycle Live in association with Bikesure Insurance, plans to be back better than ever in 2021, with dates now confirmed as 4-12 December,  at the NEC, Birmingham.

To have the date confirmed in the midst of such uncertainty, underlines the show’s commitment to returning to not only a physical show, but one where the halls of The NEC are brimming with entertainment, interaction, manufacturers, retailers and motorcycles of all shapes, ages, engine types and sizes.

The halls will house regular interactive features and displays along with brand new entertainment to give a full and fantastic day out to visitors.

With the pandemic having cast a cloud over the UK for so long, organisers are keen to give two wheel fans something to look forward to, whilst ensuring the event is safe for all.

By bringing together the very best of the industry under one roof, where people can interact face-to-face and see, touch, feel and hear, in person, rather than just digitally, will give a welcomed return to ‘social’. And whilst biking brings many mental health benefits, meeting your friends and family, and sharing your passion will no doubt be a much-needed boost for many.

“We’re excited to welcome visitors back to The NEC, for what is already shaping up to be a fantastic show.  To be able to offer something to look forward to will see us end the year on a high – where once again two wheel fans can be together to soak up the first major show in the UK for two years. The 2021 event promises a real treat – something everyone deserves.” said Finlay McAllan, Managing Director of Motorcycle Live.

Tickets will go on sale later in the year. 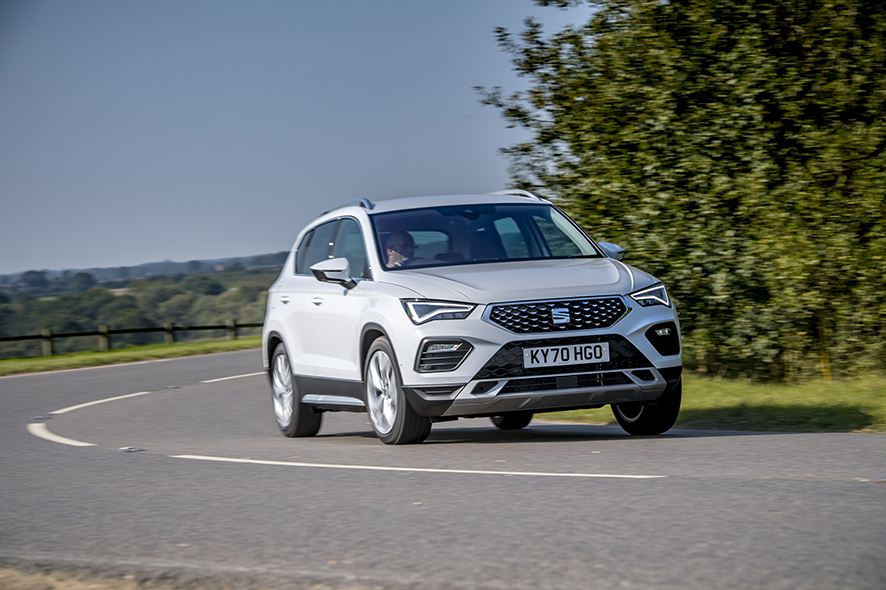 The SEAT Ateca has added to its impressive haul of awards after being named the Used SUV of the Year at the 2021 Car Dealer Used Car of the Year Awards.

Since the Ateca was first launched in 2016, it has garnered critical acclaim from the motor industry, customers and media alike and boasts a bulging trophy cabinet that also features the 2021 What Car? Used Car of the Year prize.

Anchoring SEAT’s SUV range between the Arona and Tarraco models, the Ateca has proven to be a used car star, with Car Dealer reporting that dealers “can’t get enough” of the SUV, popular for its efficiency, practicality, performance and value for money.

Mike Brewer said:“Car buyers love SUVs and the Seat Ateca is a great example. Its chiselled looks are smart, its functional cabin is spacious and its very refined to drive. They sell well on dealer forecourts and it makes a superb used buy. No wonder it won the attention of our judges for the Used SUV of the Year accolade.”

James Baggott, editor-in-chief of Car Dealer magazine, added:“The chunky looks and refined engines make the Ateca a great used buy. Dealers told us they can’t get enough of them and we can see why. Consumers love the styling and the smart cabin and our judges were seriously impressed with its all-round performance. The Ateca makes a great used buy.”

Scooping one of the awards’ top honours, Car Dealer took into account the Ateca’s performance in the used market and feedback from dealers and consumers before judges made the final call. The judging panel praised the Ateca for its aesthetic, refined interior and smooth driving characteristics.

Time to sell, residual values and choice in the used marketplace were all considered as part of the judging process.

The awards ceremony, in which Mike Brewer announces the winning cars and drives the winning cars in every category, can be viewed at Cardealermagazine.co.uk. The full video will then be available at Car Dealer’s YouTube channel and full reviews of every winning car will follow. 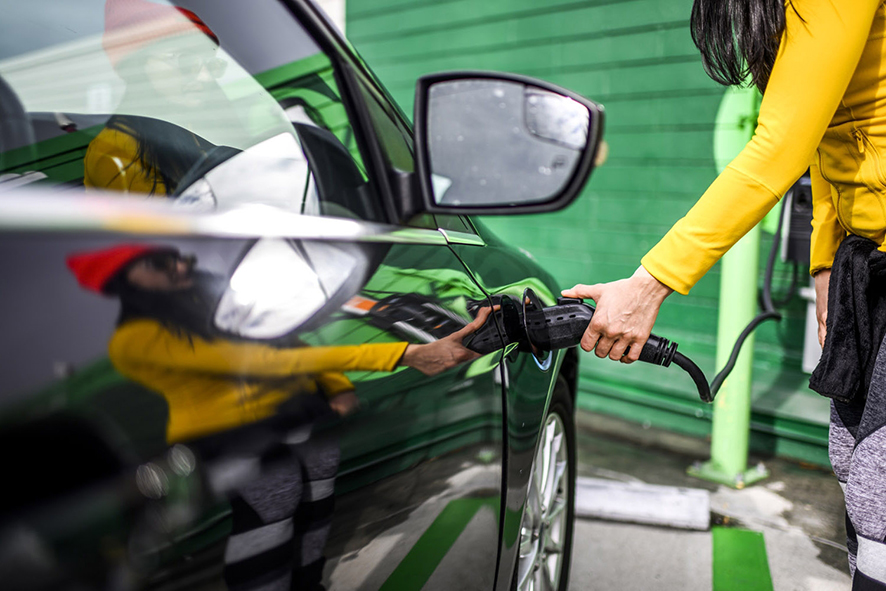 New research by leading online parking portal – YourParkingSpace.co.uk – confirms that Brits have fallen out of love with diesel vehicles while electric vehicles are on a rapid rise.

The study of its latest parking booking data, which shows what type of vehicle is being parked at one of any of its 250,000 parking spaces available to pre-book online, reveals that diesel vehicles are down by 15 per cent from 2019 to 2020 to 44 per cent of vehicles.

Meanwhile, parking bookings for pure electric vehicles, some of which are also available with a charging option so drivers can top up their battery, are up by 72 per cent, while hybrid vehicle parking bookings have increased by 58 per cent.

On the other hand, YourParkingSpace.co.uk has also seen a sharp increase in the number of motorists looking for a parking space to leave their electric vehicle.

This trend is something that YourParkingSpace.co.uk takes very seriously and we are introducing more spaces on a daily basis where EV owners also have the option of pre-booking a charging facility at the same time.”

Geographically, London is leading the EV rush, with YourParkingSpace.co.uk data showing that parking bookings for these vehicles more than doubled from 2019 to 2020.

Conversely, the number of diesel vehicle parking bookings was down in every city, apart from Aberdeen, with a decline as high as 25 per cent in Liverpool.

Harrison added: “The ban on sale of new petrol and diesel cars in the UK is less than 10 years away, no doubt hastening the shift to other low carbon forms of transport.

It’s therefore important that the charging infrastructure will be able to cope a significant increase in electric vehicles. One solution is for homeowners with an empty driveway and EV charging facility to rent it out to other motorists when they are not using it on such pre-bookable parking platforms as YourParkingSpace.co.uk.”

For more information about YourParkingSpace.co.uk, and to list an empty driveway or off-road parking space for free, visit www.yourparkingspace.co.uk.