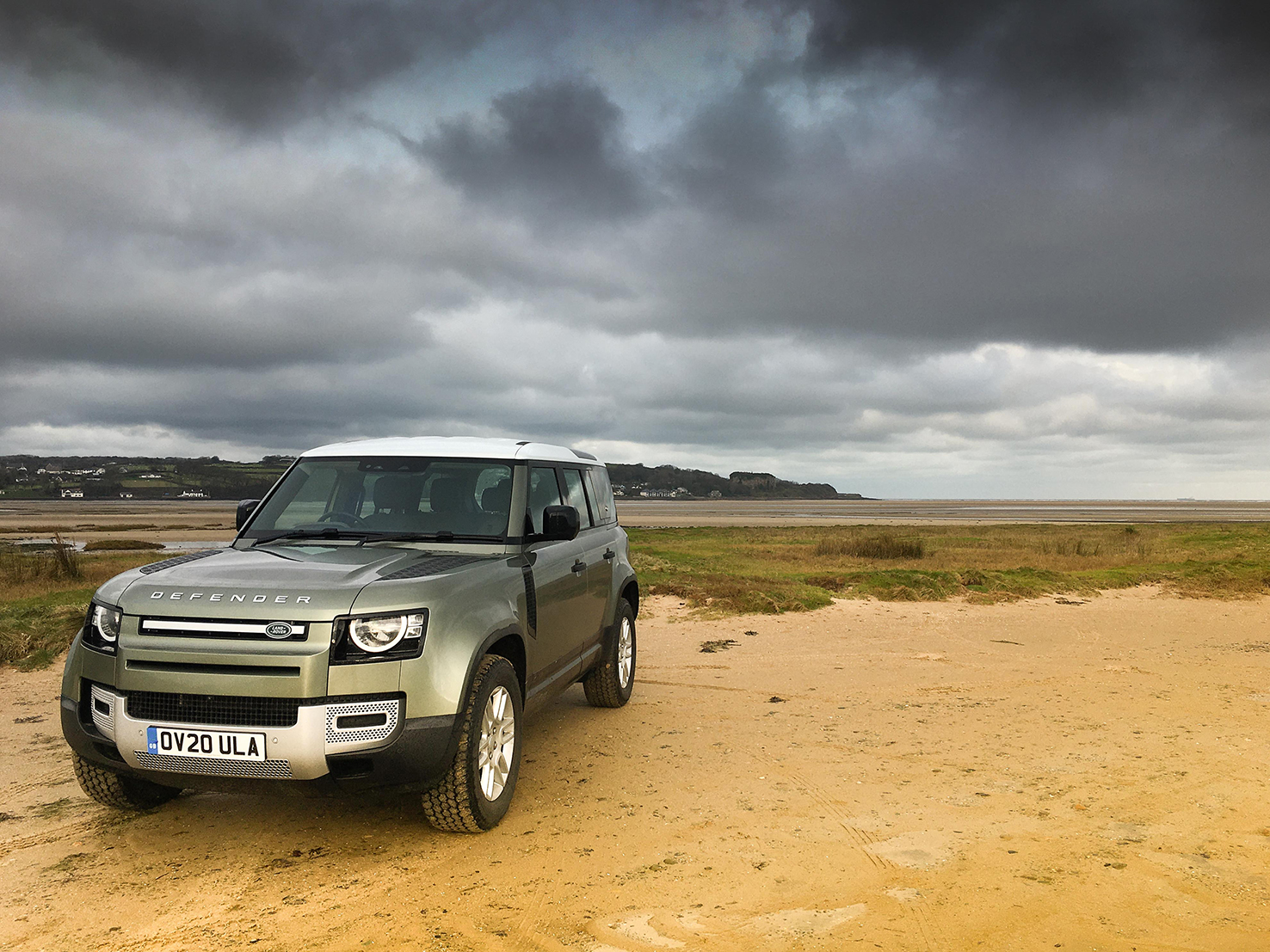 Anglesey, a 260 square-mile island that sits just off the north coast of Wales. It’s rocky, rugged, windswept, and more often than not – in my experience at least – wet. And yet, perhaps strangely, it’s also known for its beaches. The Royal Air Force, who train their fighter pilots at RAF Valley on the west of the island, refer to Anglesey as their tropical island of dreams – good luck to anyone trying to spot either a palm tree or a pina-colada – and Anglesey is home to the northernmost olive grove in Europe, presumably the world.

Occasional sun, lots and lots of sand, the sea, and an almost guaranteed right good soaking – probably all in the same day. Ynys Mon as the locals call it, must therefore be the perfect place to test a new 4×4.

I am by no means the first person to have had such an idea. The truth is Anglesey can lay claim to being the birthplace of what is probably the most famous and instantly recognisable 4×4 of them all.

Shortly after the second world war, brothers Maurice and Spencer Wilks, both of the Rover car company (Maurice was Chief Engineer, Spencer was Managing Director) met on Anglesey’s east coast to discuss plans for a new-type of four wheel-drive utility vehicle. Maurice had been using an ex-army Willys Jeep on his farm near Newborough on the south of the island and saw the potential of a “go anywhere do anything” vehicle for use outside of a military environment. To help explain the concept to his older brother Spencer, Maurice Wilks drew the boxy shape of what was to become known the World-over as the Land Rover, in the sands at Red Wharf Bay. 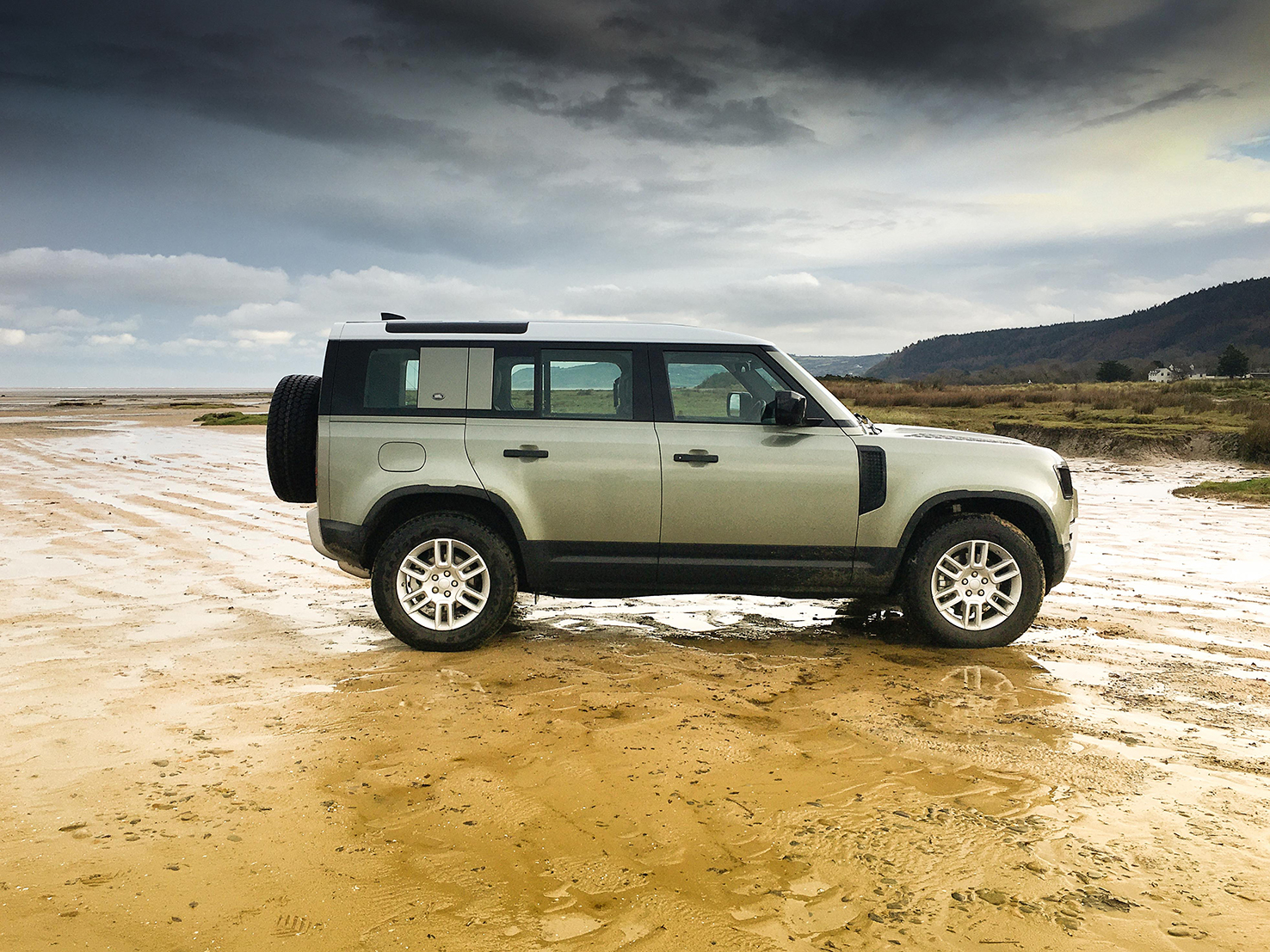 Once they’d built their prototype – complete with a single central seat like a tractor (to avoid having the costs of having to build both right and left hand drive versions) and from surplus Birmabright aluminium left over from the war effort – they tested it to near-destruction in the dunes near Newborough, and further north near Llanddona. The rest as they say…

Having recently been handed the chunky rubber key to a new Defender it would then perhaps have been rude of me not to make my own journey to Red Wharf Bay, to pay my respects to Maurice Wilks. And of course, do a drawing or two of my own in those most illustrious of sands.

Now, having schlepped up the A55 more times than I care to mention in the previous incarnation of the Land Rover Defender, and the even more utilitarian Series 3 that preceded it, (my late Uncle Peter owned both), I’m all too aware of just how loud and uncompromising, not to mention tiring, driving old Land Rovers can be. In comparison, the new Defender is a revelation. 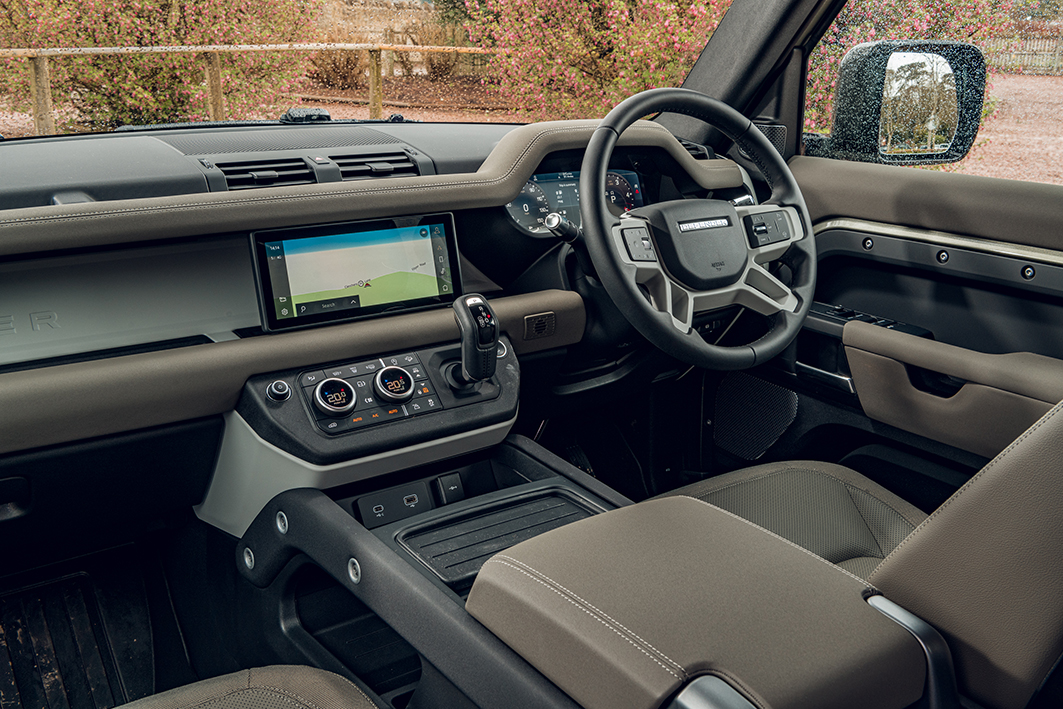 Where once an old Landy would, bang and crash over almost everything in its path it now glides, its independent (in this case air) suspension smoothing out all but the worst of imperfections. At (Ahem!) 80mph, you can happily chat to your passenger without having to shout. The new cabin is quieter and better insulated than that of many-a-similarly-priced car, and you can happily listen to the digital radio rather than just the gearbox – which incidentally is now a very smooth 8-speed automatic.

With its 2.0 litre twin-turbo diesel Ingenium engine humming away nicely in the back-ground, the Defender and I made short work of the North Wales Express Way; there’s surprising mid-range punch on tap when you need to overtake the lorries bound for Holyhead. And although there’s inevitably body-roll when cornering or tackling The Puffin Roundabout with perhaps a little too much enthusiasm – the Defender, despite its now aluminium chassis is still a heavy beast – you can at last now feel what’s going on through its trademark, enormous, four-spoke steering wheel. Neither, I am happy to report, is there now need to make constant adjustment simply to stay in a straight line. 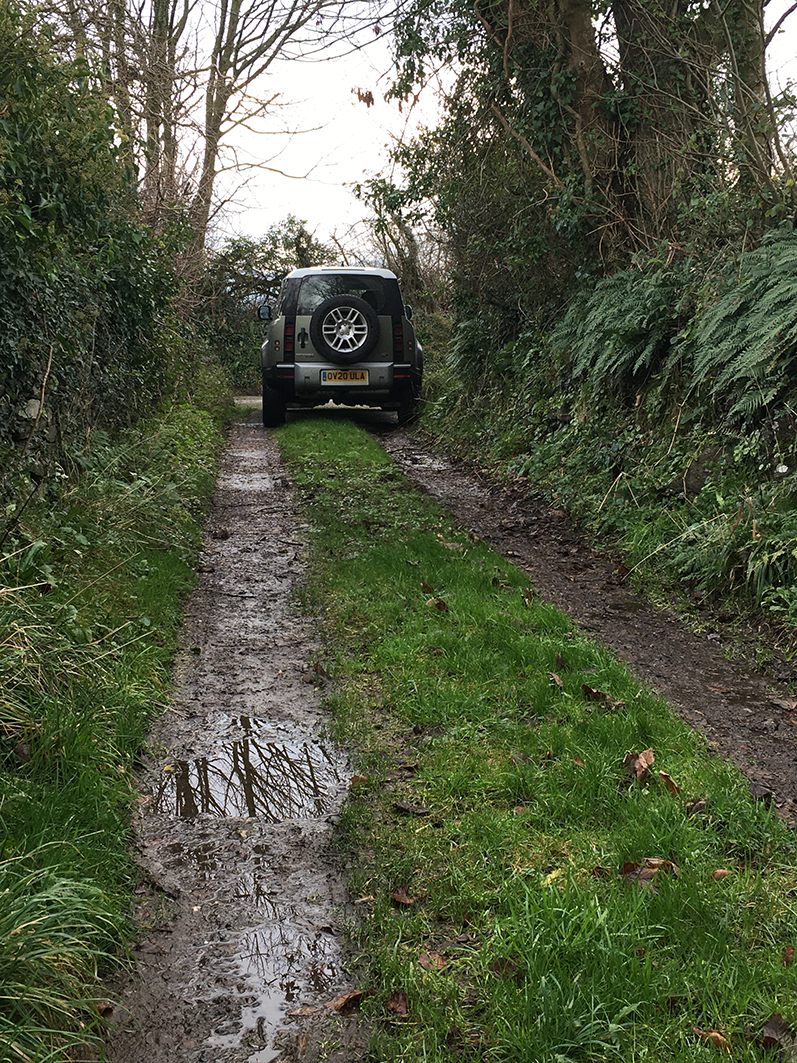 But fear not the Land Rover faithful, that new-found refinement hasn’t come at the cost of any ruggedness or off-road ability. Yes, you can Bluetooth your phone or enable Apple CarPlay, but you can do so whilst wading through 900mm of water. The new Defender has four-wheel drive, adjustable locking differentials, high and low ratios, hill-descent control, and massive axle articulation. It also has a Terrain Response system that is so sophisticated, that to the Wilks brothers (should they still be with us) it would appear to be the work of science fiction. As a driver, you can of course choose to fine-tune everything to suit your every whim via the new dash-mounted touchscreen. Alternatively, you can just simply leave it all in the automatic setting, ignore the signs telling you not to do so, and drive straight out on the sands at Red Wharf Bay, safe in the knowledge that even if the tide was to turn, you’d have little trouble getting back to the tarmac again.

The truth is I didn’t stray far from the shore, but just far enough though to take a few snaps of the new multi-faceted Defender in the place where it all began. You see, it might’ve said Solihull on Land Rover badges of old, but Anglesey, Ynys Mon, or even just Wales would have been equally as appropriate. 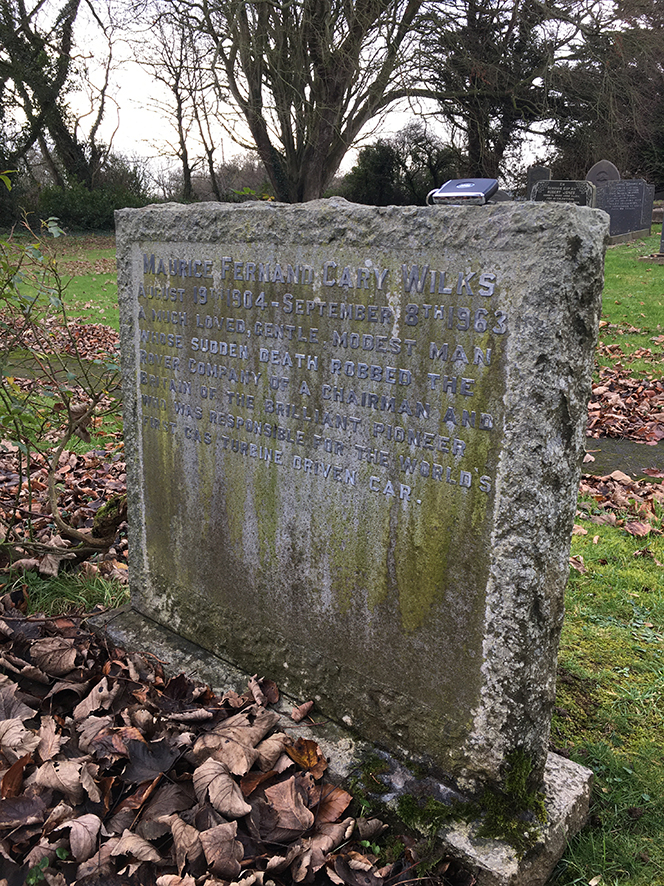 Aged 59, Maurice Wilks died suddenly in 1963, never really getting to see just how much his little “go anywhere do anything” vehicle built from left-over materials changed the world. There is no mention of the Land Rover on his gravestone, but such was his love for Anglesey, he requested to be buried in the churchyard at St Mary’s Church, Llanfair yn y Cwmwd, just a few miles from his farm at Newborough.

If you believe the local rumour, Wilks’s original prototype of the Land Rover – thought to be long lost in the mists of automotive history – is buried somewhere in the sands near Red Wharf Bay. Next time I visit, I’m bringing a bucket and spade!

Many thanks to Lindsey and Kim at Land Rover UK PR, and Baz at DHL