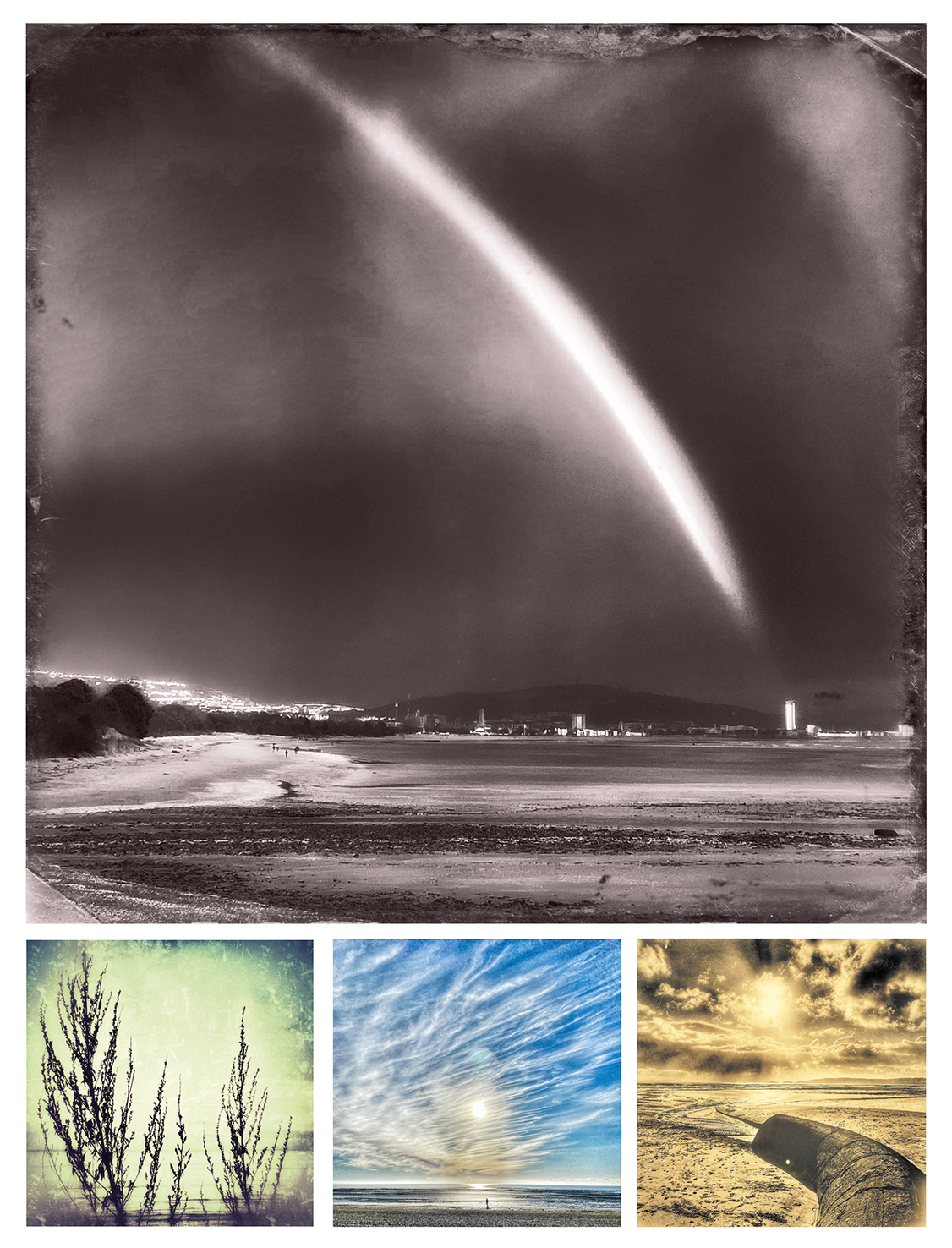 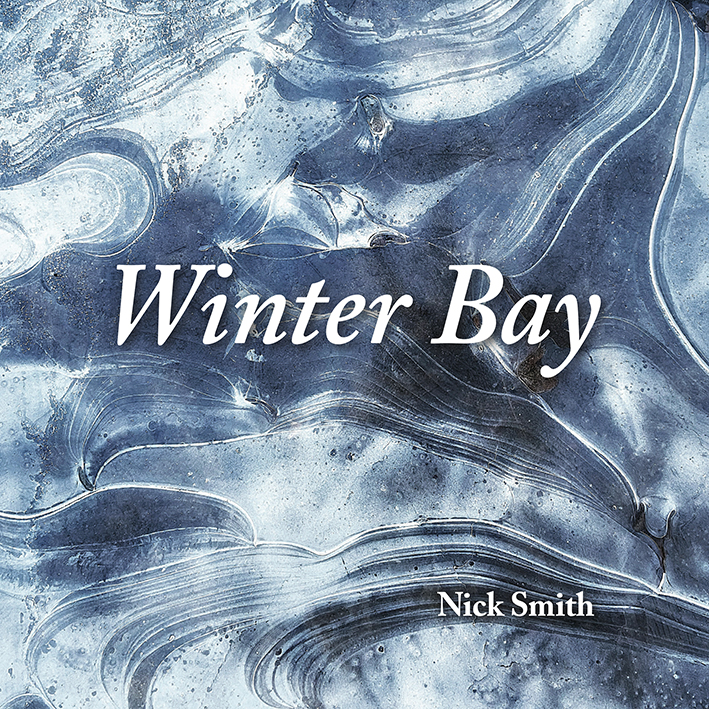 Lesley Williams: ‘Winter Bay’ is your second book of Swansea lock-down photographs in less than a year. What made you produce a sequel to ‘To the Lighthouse’ so quickly?

Nick Smith: No one was more surprised than I was when To the Lighthouse sold out completely, largely due to a lot of magazine and newspaper exposure both here in Wales and as far afield as the United States. In a weird way, the book became quite well-known, mostly because of the novelty of the images being taken on a phone. It also helped that it came out during the lockdown when there wasn’t much else for reviewers to write about. So, I had a choice of reprinting the book – which may still happen – or coming up with something new.

LW: ‘Winter Bay’ is quite different to your light-house book.

NS: It’s different because everything was different. The second lockdown and its preceding firebreak had a far less positive atmosphere to it. The seasons had rolled by and those endless, sunny summer days had changed into a damp, cold and dark winter. Also, Winter Bay isn’t really a sequel as such, so I was free to shoot it in a different style. It just happens to be my next book, and it just happens to be shot on a smartphone too. Lighthouse was more about how enjoyably pretty Swansea was despite the threat of the coronavirus pandemic – more like a set of home-made post-cards. Winter Bay is partially inspired by the idea of making music album covers, which is of course one of the reasons the images are square. While I was shooting them, I’d sometimes think: ‘this would make a good Led Zeppelin cover. Or, that would suit Beethoven…’ Something like that. They’re also far less literal and have a lot more digital special effects on them. 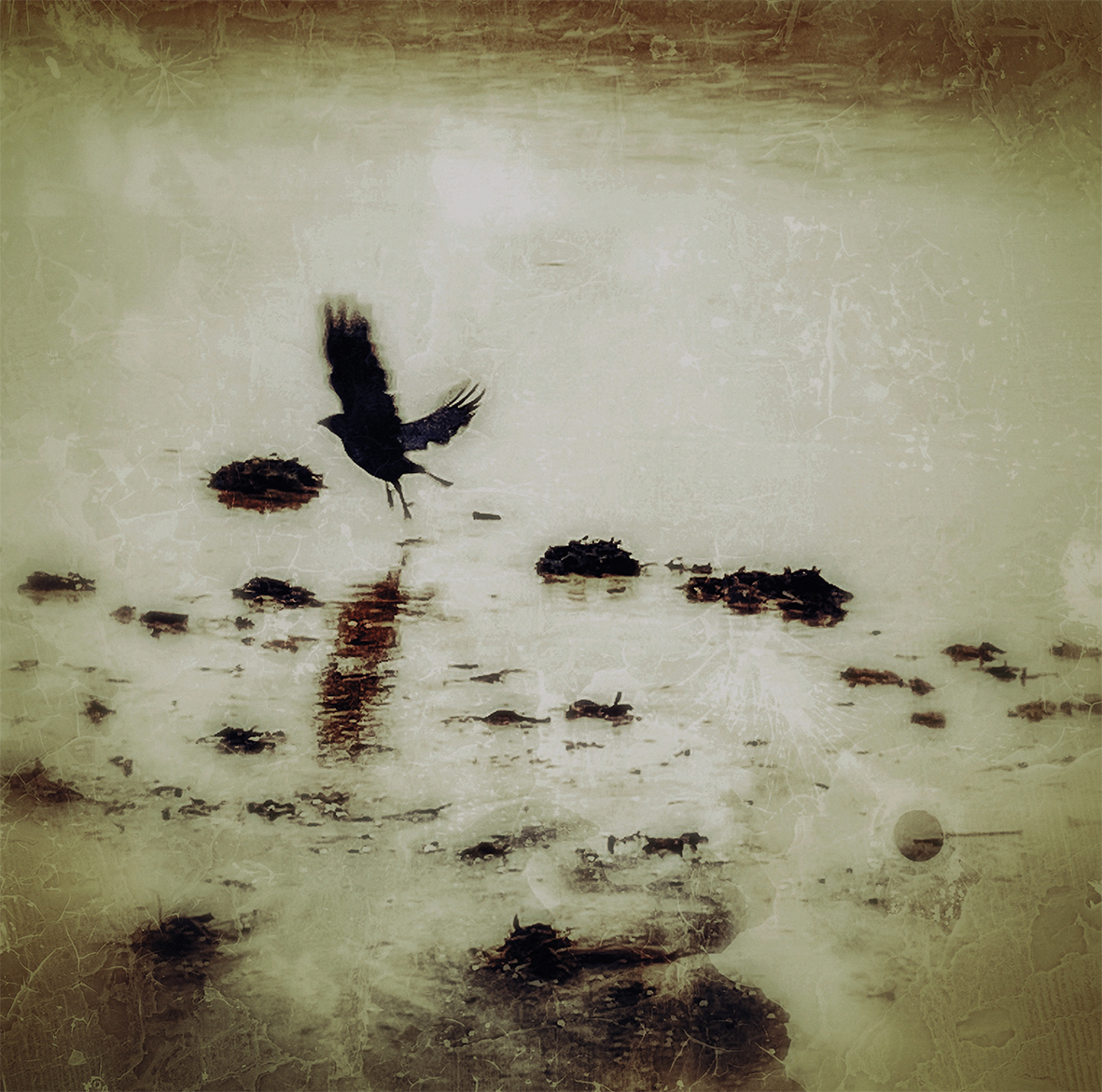 LW: So, is it a book of fine art photography?

NS: In my view, photography is a craft and not an art, and photographers who think differently should pick up a paintbrush and see how they get on before calling their work art. I’m actually very suspicious of ‘fine art photography’. It’s always seems like an excuse to add a few zeros to the price of a print. No, these images are snapshots taken on a smartphone in an attempt to try to capture something of the atmosphere of Swansea Bay during the winter. That’s why I just called the book Winter Bay and not ‘Dimensionality Metaphysic #6’ or some artistic nonsense like that. There is a lot of software manipulation of the original images, but that’s because once the novelty of shooting photos on an electronic gadget wears off, you quickly start to see how rudimentary the technical quality of the shots can be. 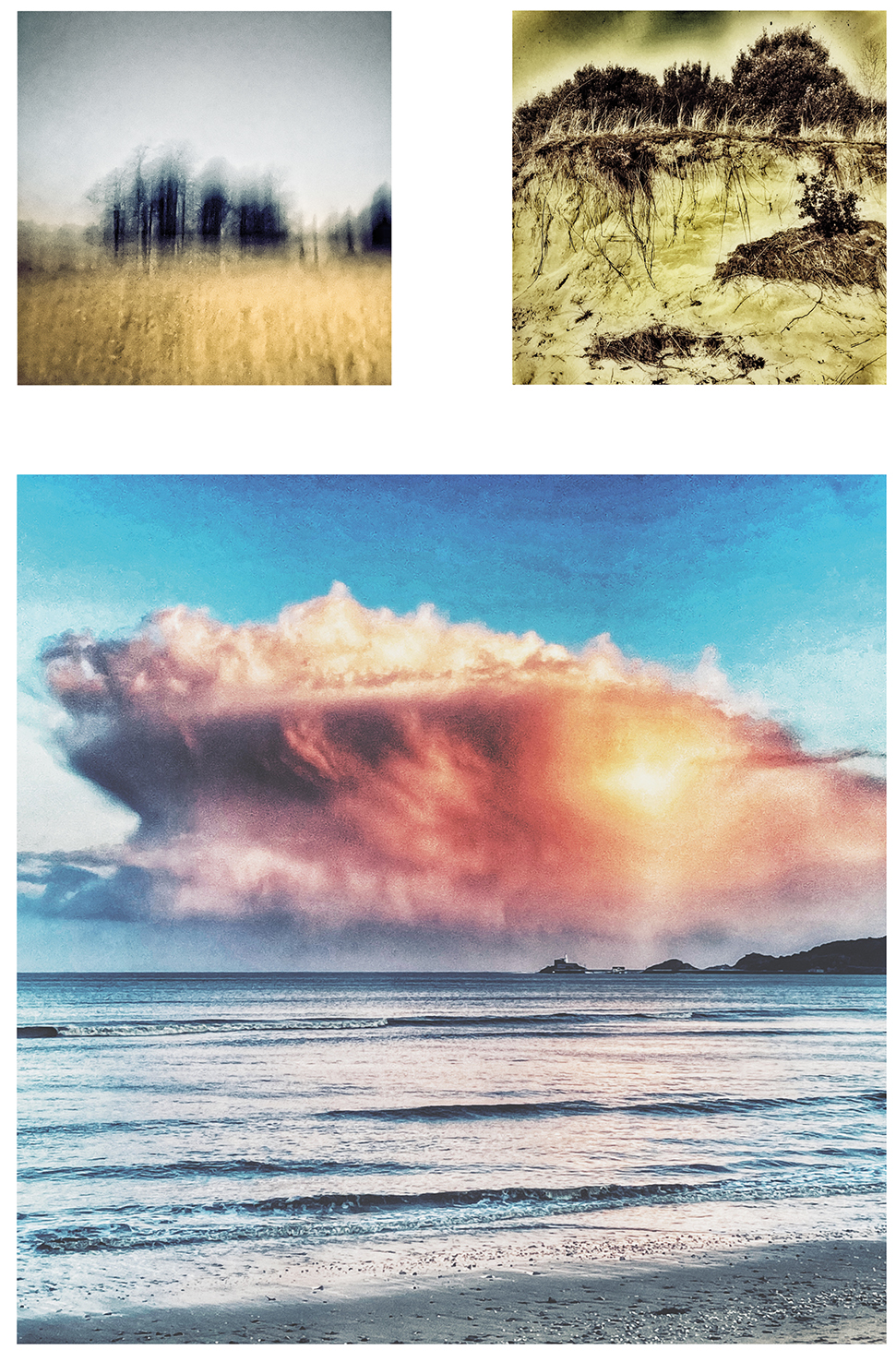 LW: Did you really walk a thousand miles to take these shots?

NS: According to my step-counting app, it’s more like half as much again. It took three months to shoot this collection and I walked from my house in the Uplands to the pier in Mumbles most days. So that’s at least ten miles per day – often twice as much – for 90-plus days. Put like that, it’s not quite so heroic as it sounds. But I did demolish a pair of trainers and get a bit cold and wet a few times.

LW: Your first book of lockdown Swansea photos was a cycling project. Why the change?

NS: Apart from the fact that I’m pretty much a fair-weather cyclist, the real problem with bikes, as I found out on the Lighthouse project, is that they’re a nuisance when you’re trying to take photographs. You don’t want to leave it anywhere in case it gets pinched, and you can’t get to the off-the-beaten-track places you want to explore. There are some woodland pictures in this collection that would have been difficult if I’d had my bike with me. Plus, I’d never have got the Beach Crow shot. 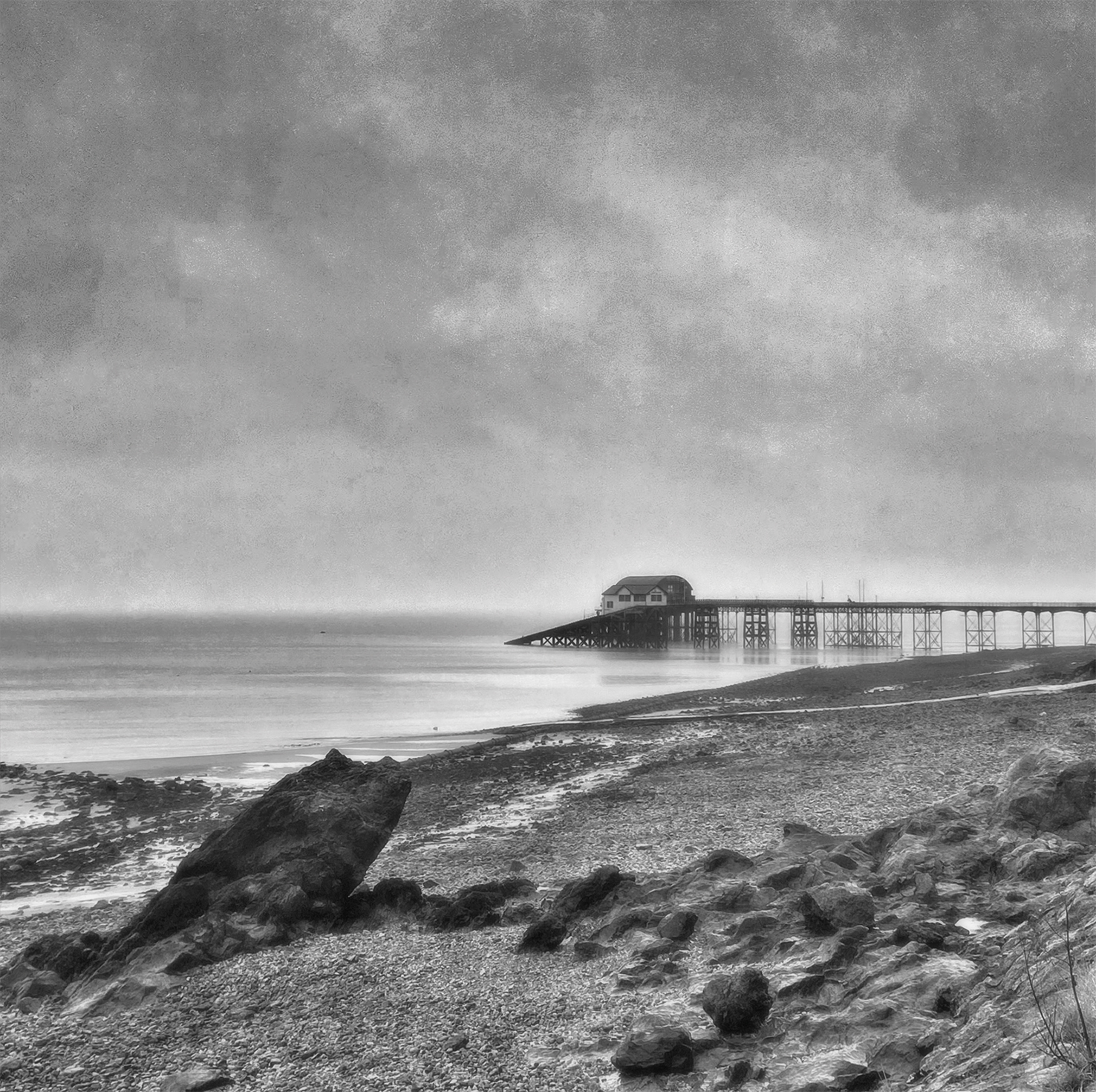 LW: I have walked along the beach so many times throughout the past year and find that it looks different every time, and that there is always something new to see. Did you come to love it more or do you miss the more exotic destinations?

NS: Sometimes I’d miss going to some far-flung destination on an exotic magazine assignment – I’ve not been on an aeroplane for more than a year – but to be honest, the more I walked back and forth, the more I noticed and the more I came to like the place. What I missed most was using a proper camera, never more so than when I saw a flock of about a hundred curlews on the King George V playing fields.

LW: …which makes me wonder why you carried on using a phone to do this?

NS: When I finished To the Lighthouse, I started to think that I’d only just begun to scratch the surface of what could be done with a smartphone camera.

So, I decided to see how far I could push the device before it all got ridiculous. The answer is: ‘not much further – it’s a technology with hidden shallows.’ Don’t get me wrong, you can get great images and do tons of creative stuff with them, but at the end of the day they’re just toy cameras. Some reviewers have said the photos are good ‘considering’ the technology. They should be good full stop.

LW: So, can you take technically ‘good’ photos on a phone, despite its limitations?

NS: Yes, you can. The basics of photography – composition, subject, light, colour and line – are the same no matter what equipment you use. The reason good photographers are just that is that they know this. But the reason cameras have evolved to cost as much as a BMW in some cases is that once you’ve got all these concepts in place, you want to come up with images that do your photo-graphic ideas justice. The whole concept of ‘low-fidelity’ has a short-range appeal. If you were going to make a record, would you want to produce it on the voice memo app on your phone? Or would you prefer to use the multi-million-pound Abbey Road recording studios? Maybe that’s being a bit unfair on phone photographers, but after a while you just want to use the proper tools of the trade.

LW: After two smartphone books, what can we expect next from you photo-graphically?

NS: I really want to shoot a book of Gower landscapes. I know that it’s been done a few times before by some vastly accomplished photograph-ers. But if these lockdowns have taught me any-thing at all, it’s that we’ve got some of the best scenery in the world on our doorsteps. Once all the restrictions are lifted and I can safely get to work on that project, I’ll be taking my time, shooting with some professional gear and leaving the iPhone at home to enjoy its well-earned retirement.

Winter Bay is published by Hazel Press and is available initially as a hardback limited edition of 50, signed and numbered by the author. Order your copy from Cover to Cover (£20.00 plus p&p), www.cover-to-cover.co.uk