This month Charles looks into the origins of the phrase ‘Sweet FA’ and some ‘murder stones’ that can be found locally. 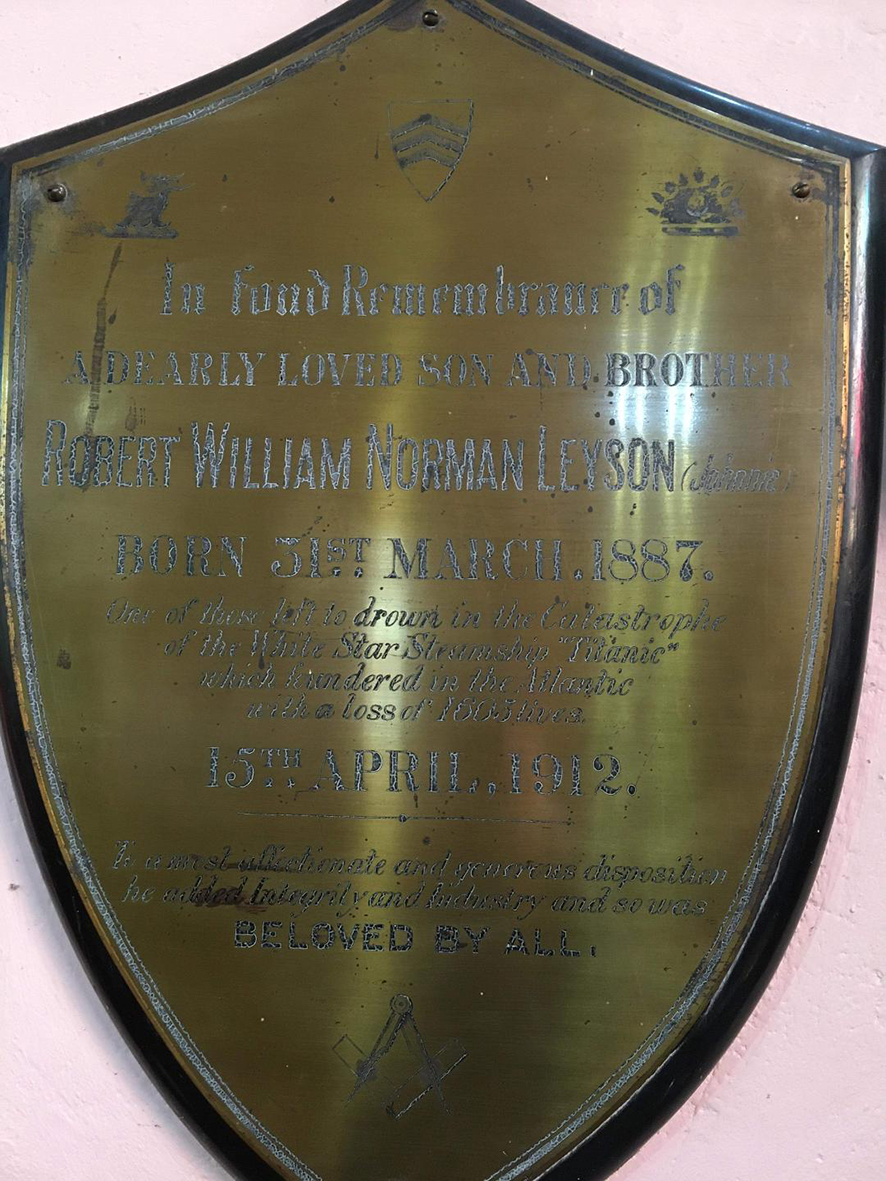 SWEET F. A., that’s grabbed your attention! We will find out the origins of this saying which is commonly used today at the end of this article.

I was contacted by Heather Davies from Mumbles recently who, after reading my article ‘Talking Stones’ (Bay, March 2020) was inspired to research into her own family history. Visiting St Catwg’s Church in Cadoxton, Neath, she photographed this memorial (right) and headstone (see over) with the query of did I know anything about them.

The memorial within the church is in memory of Robert William Norman Leyson. R.M.S. Titanic (below) sank early morning of 15 April 1912 during her maiden voyage from Southampton to New York. Over 1,500 souls perished, one of which was 25-year old second-class passenger Robert Leyson. Boarding the Titanic at Southampton, Robert had the intention to join his brother Leyson Thomas in New York.

Who was Robert? He was the son of a well-known Swansea/Neath solicitor, Robert Thomas. Like his father, Robert was a solicitor. At the time of the 1901 census, the family were listed as living at Bloom-field, Sketty. Today, Bloomfield is a residential care home established in 1948. By the 1911 census, solicitor Robert, who is boarding in London, has listed his occupation as an engineer. 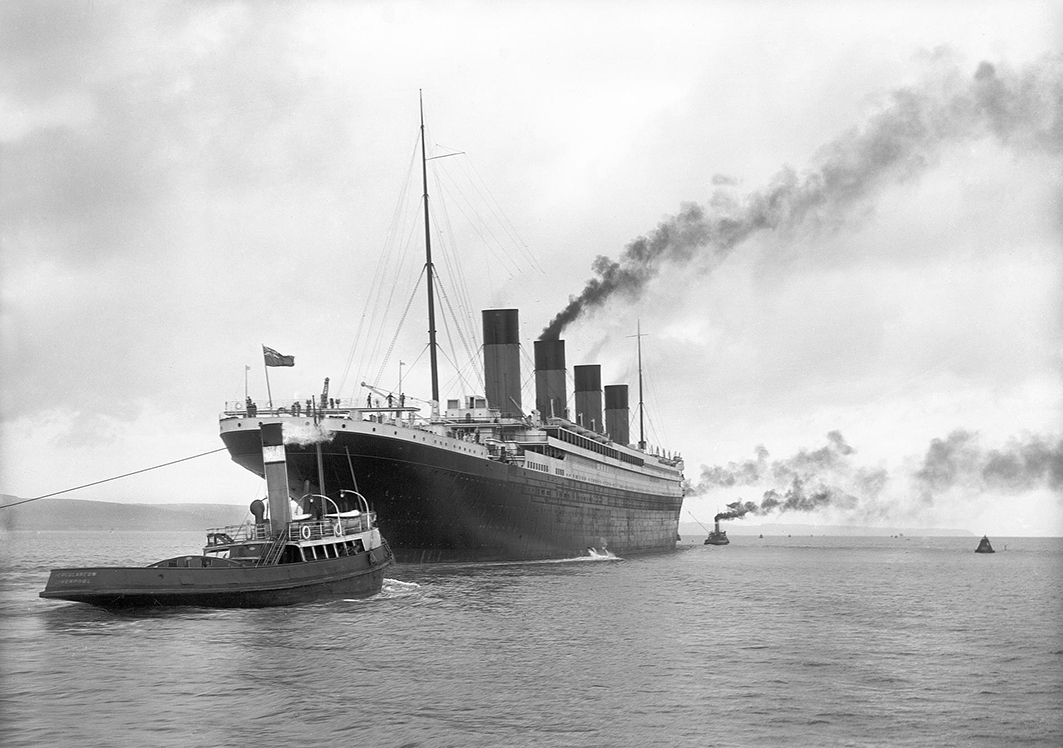 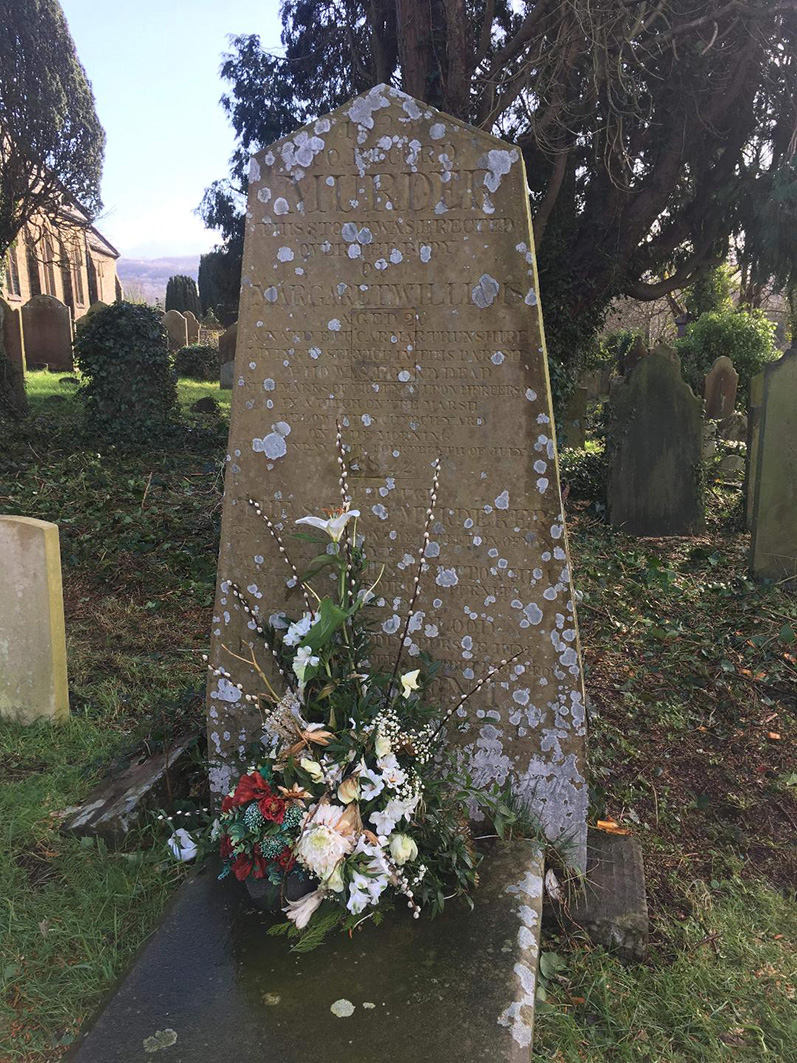 Within the churchyard is the grave (left) of Margaret Williams. In July 1822, 26-year old Margaret Williams who hailed from Carmarthenshire was savagely murdered. She had been employed as a maid in a local farm in Cadoxton, falling pregnant she was asked to leave the farm.

The farmer’s son, Llewellyn Richard, who was thought to be the father of the unborn baby, was arrested on suspicion of murder. The jury, who were listening to the inquest into the death, couldn’t find enough evidence against Llewellyn. He was then released, and shortly afterwards left on a cargo boat from Swansea to America to make a new life.

A year after the murder, the headstone was erected and bears the inscription of Alton born Quaker, Elijah Waring. The quite chilling and moving inscriptions reads:-

“1823. To record MURDER. This stone was erected over the body of MARGARET WILLIAMS Aged 26.

A Native of Carmarthenshire, Living in Service in this Parish.

Who was found dead with marks of violence on her person in a ditch on the marsh below this churchyard.

On the morning of Sunday the Fourteenth of July 1822.

Although the SAVAGE MURDERER escaped for a season the detection of man yet God hath set his mark upon him either for time or eternity and the cry of blood will assuredly pursue him to certain and terrible but righteous JUGDGEMENT”. 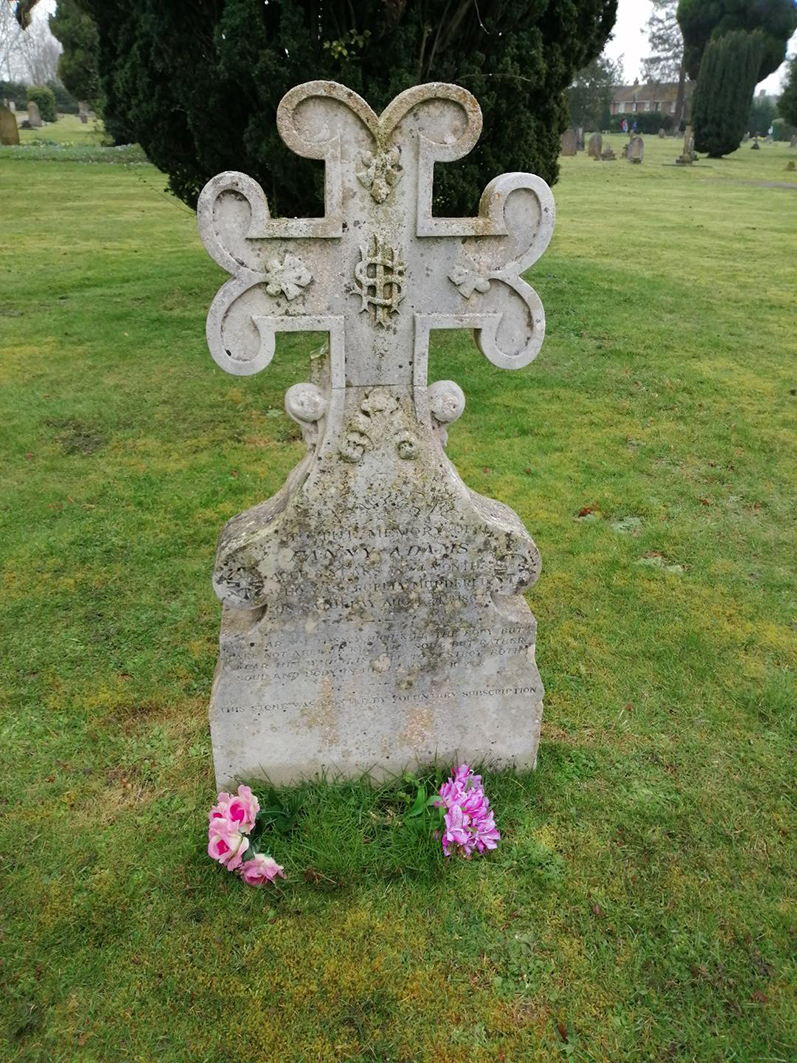 Elijah Waring, who settled first in Swansea established the short lived The Cambrian Visitor: A Monthly Miscellany. He left Swansea and settled in Neath. His daughter, Anna Laetitia Waring, was a well-known hymn writer. This stone, well visited today, is one of the last Murder Stones located in Wales.

In 1867 8-year old Fanny Adams, was brutally murdered at the hands of solicitor’s clerk, Frederick Baker in Alton. The murder caused national outcry and Baker was tried and found guilty. He was publicly hanged at Winchester Goal, 1867. Fanny is buried at Alton Cemetery, and her grave is marked by a Murder Stone (right).

Royal Navy seamen in 1869 used the phrase Sweet Fanny Adams, in a derogatory way to describe the new ration of tinned mutton, referencing that it looked like the body parts – this sort of black humour being common at the time. Today it has come to mean something useless or worse than useless or nothing at all.