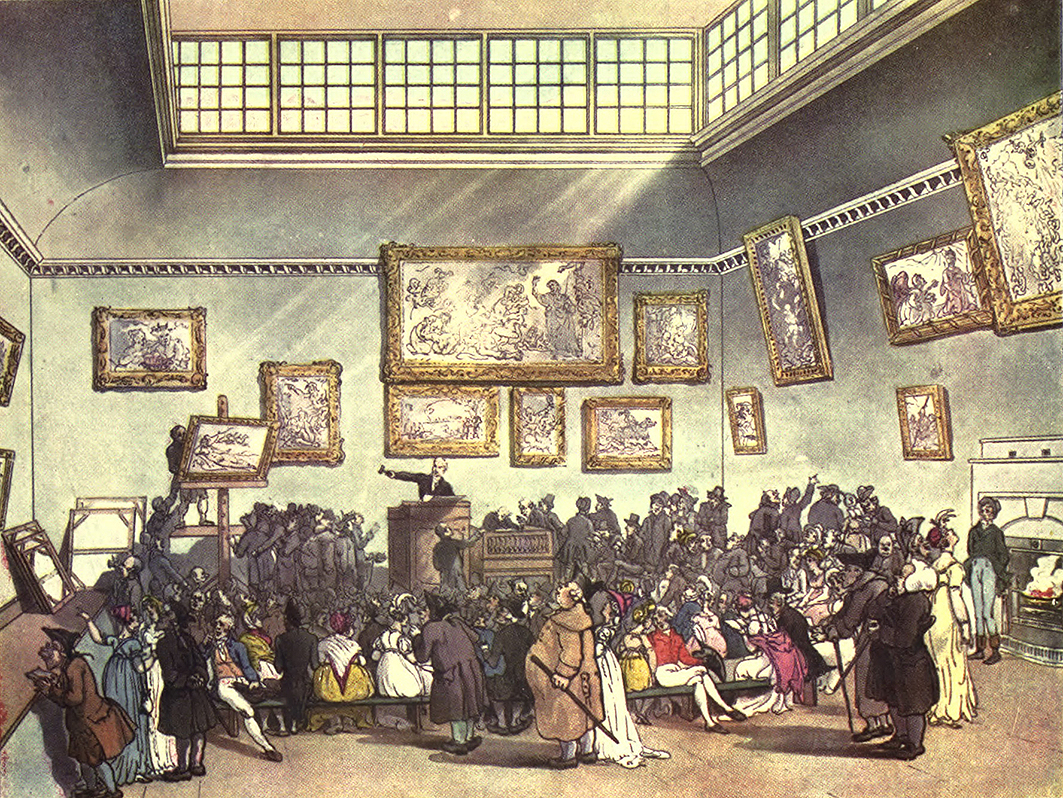 The word “auction” derives from the Latin, auctum which means to grow or increase. During the 17th century, auctions were relatively uncommon as it was common practise to either haggle or have a set price. The two major auction houses to have been established in London were Sotheby’s in 1744 and Christies in 1766. Taverns and coffeehouses were used to hold auctions during the 18th century. 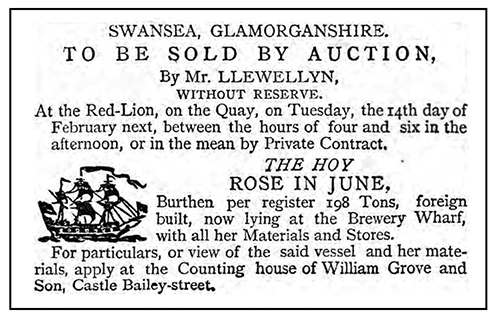 On 28 January 1804, The Cambrian Newspaper, publicised an auction held at the Red Lion, in St. Thomas (pic left) The auctioneer, Mr Llewellyn, was selling without any reserve The Hoy, a 198-ton ship. Ship auctions before this time were conducted by auction by the candle, where bids were placed on the table and the highest bid by the time the candle had burnt out won.

Swansea’s first auctioneer was John M. Leeder, who prior to being an auctioneer was J. H. Vivian’s agricultural surveyor, whose responsibility at the time was the planting and development of the Singleton estate. In 1859, a few years after Vivian’s death, Leeder established his own business as a surveyor and estate agent. His first instruction was to let numbers 3 & 4 Gloucester Place. His son, Ernest joined the business as a partner in 1880. John died in 1911, in Herefordshire, aged 84. Leeder’s other son John Viner Leeder was a solicitor, councillor and Swansea Borough Coroner from 1900-1910.  He died in April 1912 aged 49, a few days before the maiden voyage of R.M.S. Titanic. 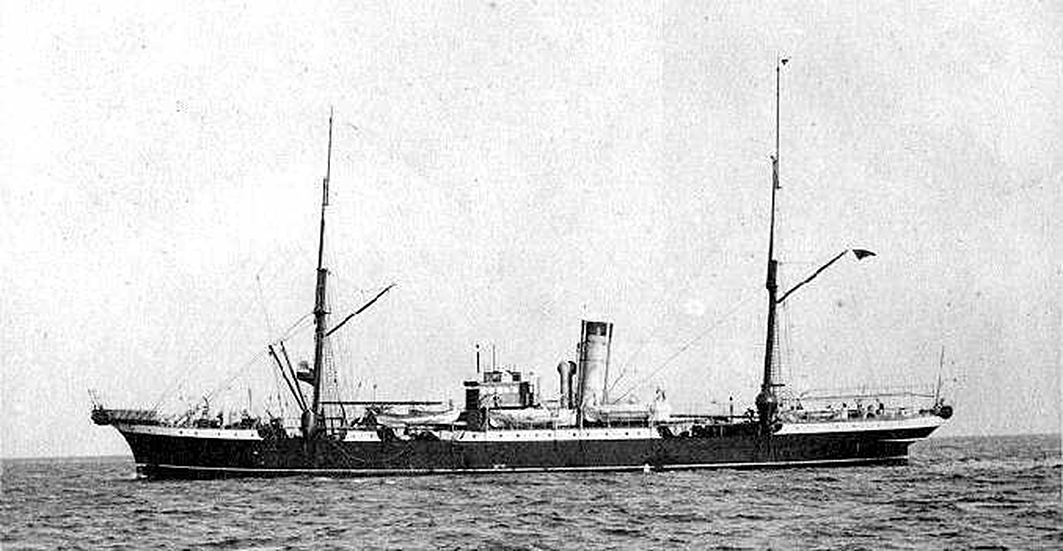 A second auctioneer was the well-known Astley Samuel. Samuel and his family were residing at Eaton Crescent at the time of the 1911 Census. He was the son of William Samuel and Ann James and was one of seven siblings, one of whom was Owen Wilmore Samuel. Owen Samuel was at one time employed at Ben Evans, but by the time of the 1901 census, commercial clerk Owen resided in Sheffield. Later in the same year he married and went off to sea. By the time of the 1911 census, the family had moved from Sheffield to Southampton. On 4 April 1912, second-class saloon steward Owen Samuel signed on with the R.M.S. Titanic. Sadly, Owen lost his life when the Titanic sank on 15 April 1912. The CS Mackay-Bennett recovered his body. He was finally buried at Fairview Lawn Cemetery, Halifax, Nova Scotia. 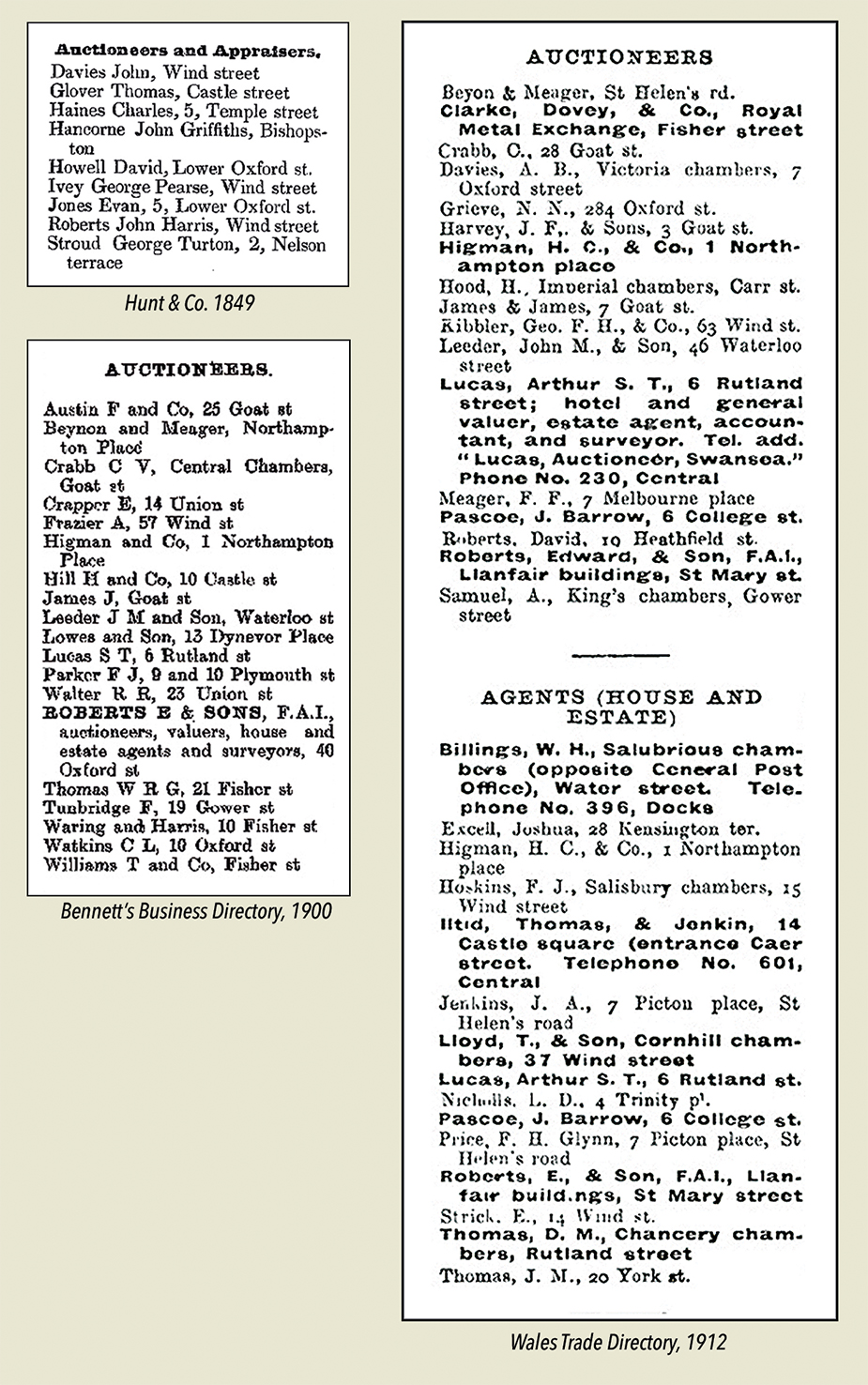 Trade directories can hold a good source of information. The 1849 Hunt & Co. Directory of Gloucester & Bristol lists for Swansea 9 Auctioneers and Appraisers.

Bennett’s Business Directory of 1900, lists 19. In 1912, this number drops to 17 listed in the Wales Trade Directory, however, also listed are 15 Estate Agents.

Two of these Auctioneers are John M. Leeder & Son, 46 Waterloo Road and A. Samuel, Gower Street.

Auction houses have moved with the times and with the technological advancements. People can attend and participate in an auction from the comfort of their own homes. One well known online auctions site is eBay. In 2004 a disgruntled Swansea student in protest at the introduction of higher tuition fees, placed Swansea University ‘for sale’, with a starting price of £50. The auction was closed with 9 days left to go, the highest bid was £54.89.

If you have any interesting family stories of auctions and auctioneers, please do get in touch.

Charles is a researcher and family historian. If you have a question regarding your family history that you’d like to
put to Charles, he can be contacted at: swanseafamilyhistory@yahoo.co.uk he’d be delighted to hear from you