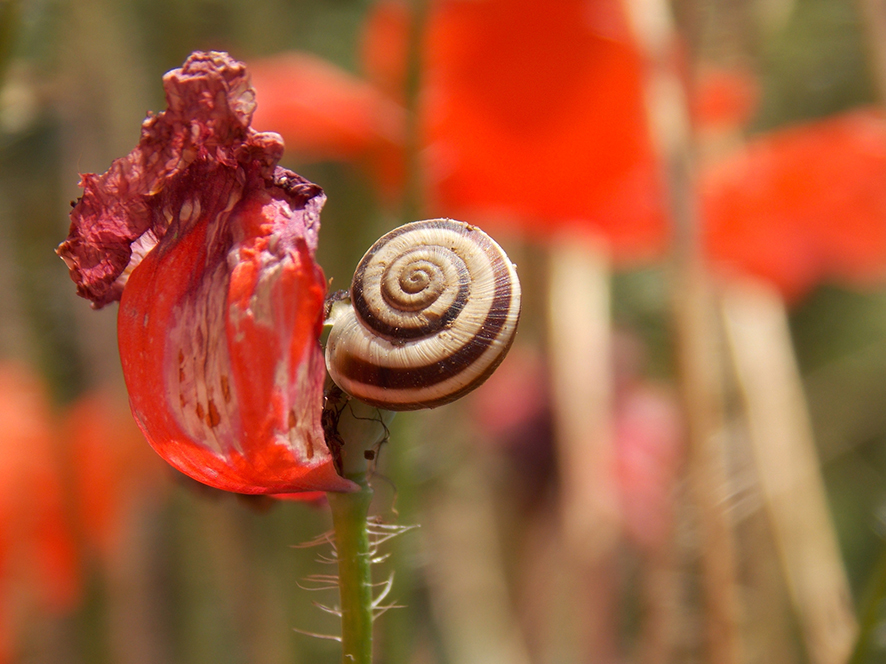 May is my favourite month of the year. As the month progresses, you get the feeling that the summer is almost here as the evenings get significantly longer and warmer.

As ever this month, you need to continue to wage war on slugs and snails. They love tulips (see pic right) and delicacies such as the delicious young shoots of delphiniums and the like. One approach I developed over two years ago now, has been to wander around the garden wearing a headtorch late at night – when I let our little dog out for her final ablutions. This makes spotting slugs and snails relatively easy. Initially you’ll find loads, but after a few weeks, the numbers diminish and you have that nice warm feeling, caused by knowing you’re in control – with-out having to use chemicals. After two years of my slug patrol, I can report the nightly haul is now very small. My nocturnal wanderings also give the neighbours something to talk about, as they wonder what I’m up to! 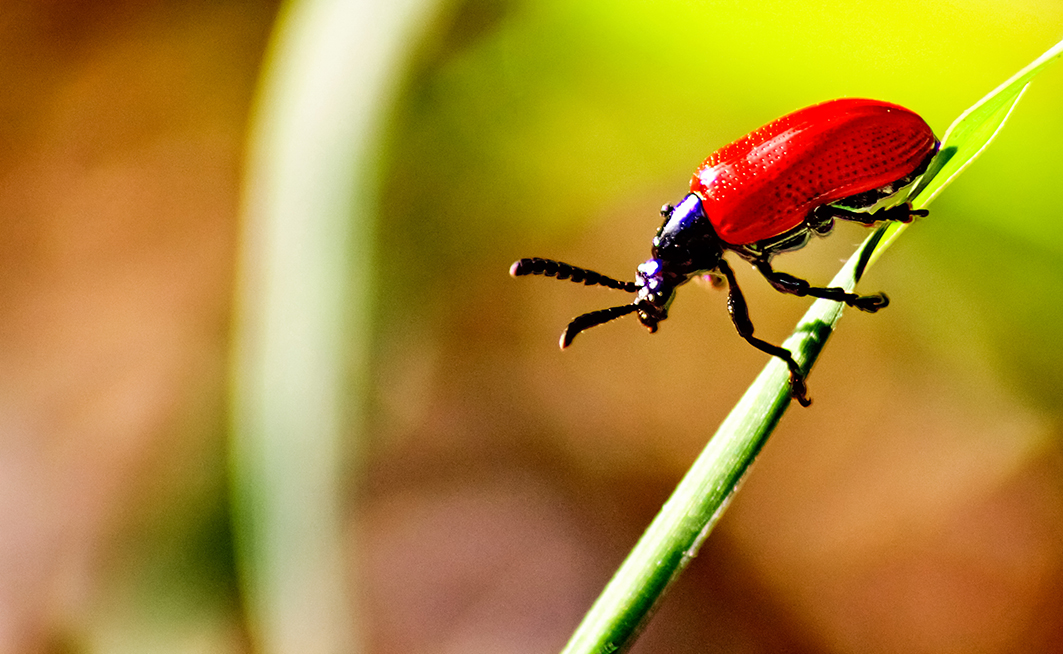 Other unwelcome visitors on the move during May are Vine Weevil Beetles (slow moving black beetles whose white larvae feed vigorously on the roots of plants), lily beetles (bright red little darlings with black heads or their yellow larvae – see pic left) and the black-spotted green caterpillars of the gooseberry sawfly, these can strip the leaves from your gooseberry bushes (pic below) in hours. Squash them or spray with chemicals suited for this application. No room for being squeamish with this lot!

Plant out cannas and dahlias when danger of frost is past. Tubs can be planted up with summer bedding plants, but plant borders towards the end of the month. 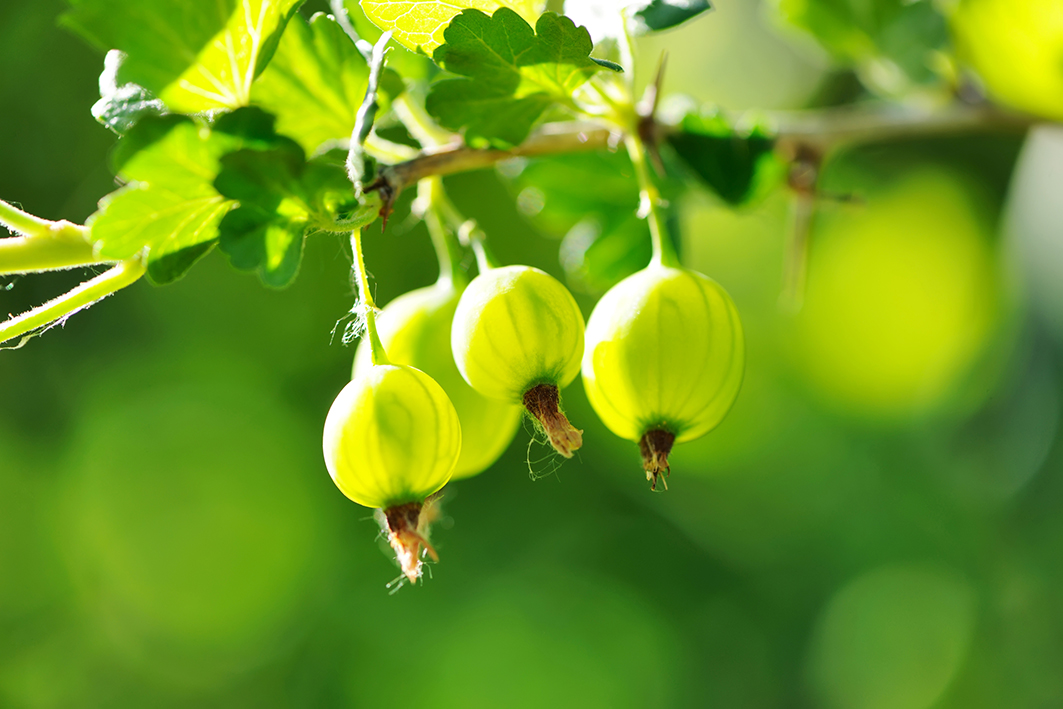 If you want to grow your own spring bedding for next year, many common choices (including wallflowers, pansies, and Bellis perennis) need to be sown between now and July in order to flower next spring, as they are biennials. Winter bedding plants for the following winter can also be sown from now until July.

Divide clumps of herbaceous perennials that you want to propagate. Bamboos and clumps of bulbs or rhizomes can be divided in the same way. Cutting back clumps of spring-flowering perennials such as Pulmonaria and Doronicum can encourage a fresh flush of foliage.

Divide Primula (primroses) after flowering, planting them in a nursery bed until they are ready for planting out again in the autumn, for a display the following spring.

Divide hostas as they come into growth. Spreading and trail-ing plants such as the annual Lobularia (sweet alyssum), and the perennials Alyssum and Aubrieta, can become tatty and patchy. Trimming them back after flowering encourages fresh growth and new flowers.

Apply a liquid fertiliser (such as liquid seaweed) to spring bulbs after they have flowered, to encourage good flowering next year, and help prevent daffodil blindness.

Allow the foliage of daffodils and other spring-flowering bulbs to die down naturally.

Things to do in the garden

You should sow your salad crops every few weeks to ensure continuity of supply:-

These now need to be planted into their final position (grow bags, pots or direct into the soil):-

It’s mainly a matter of ensuring that you get the crops, rather than the birds! A fruit cage is a big in-vestment but very effective, otherwise use netting to keep the birds away. But make sure you keep it taut, so that birds don’t get tangled in it.

Strawberries planted this year will per-form better in sub-sequent years if you remove the flowers so they don’t set fruit in the first year, but concentrate on building their strength for next.

If you have problems with local cats using your tubs (or your veg patch) as a toilet, you may be interested in this simple way to deter them.

When you next go for a stroll in the countryside, take stout gloves and your secateurs. Cut lengths of brambles, stripping the leaves. Cut these to size and lay in criss/cross fashion in your tubs. The prickles will deter the cats and once they’re out of the habit of using your tubs, you can remove them. M.T. Southgate 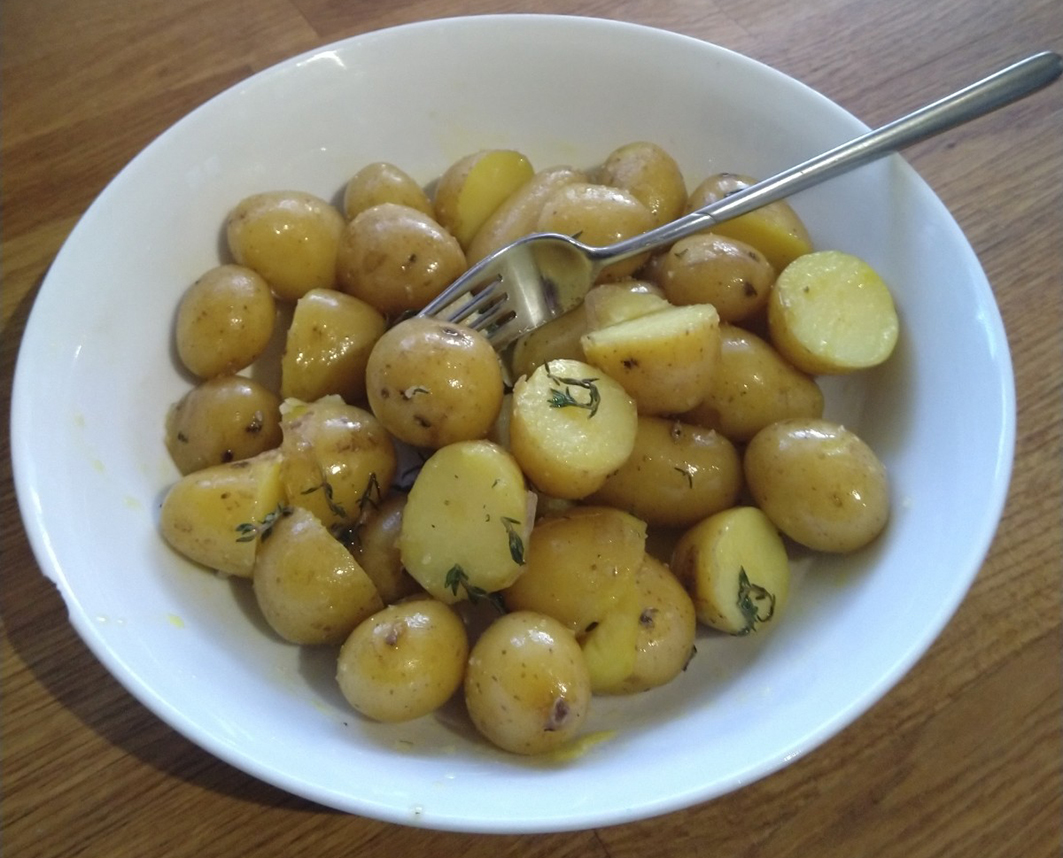 New season salad potatoes are now making an appearance in the shops – or you may well have some ready in your own garden. So, here’s a great recipe for dressed salad potatoes, which are delicious as an accompaniment for any BBQ food. You will need: waxy salad potatoes, finely chopped red onion (or shallot) a couple of bay leaves, a few sprigs of thyme, white wine vinegar, olive oil and sea salt. The quantities will be dependent on how many portions of potatoes you need to dress but aim for roughly equal volume of white wine vinegar and oil.

Boil the potatoes whole until just soft. Cool and cut into chunks. In a frying pan, add the onions, bay leaves, sprigs of thyme and cover with white wine vinegar. Pour over olive oil and sprinkle with sea salt. Heat and allow to boil for a few minutes. Remove from the heat, add the potatoes and stir. Season to taste and cover. Serve with salads or BBQ food.