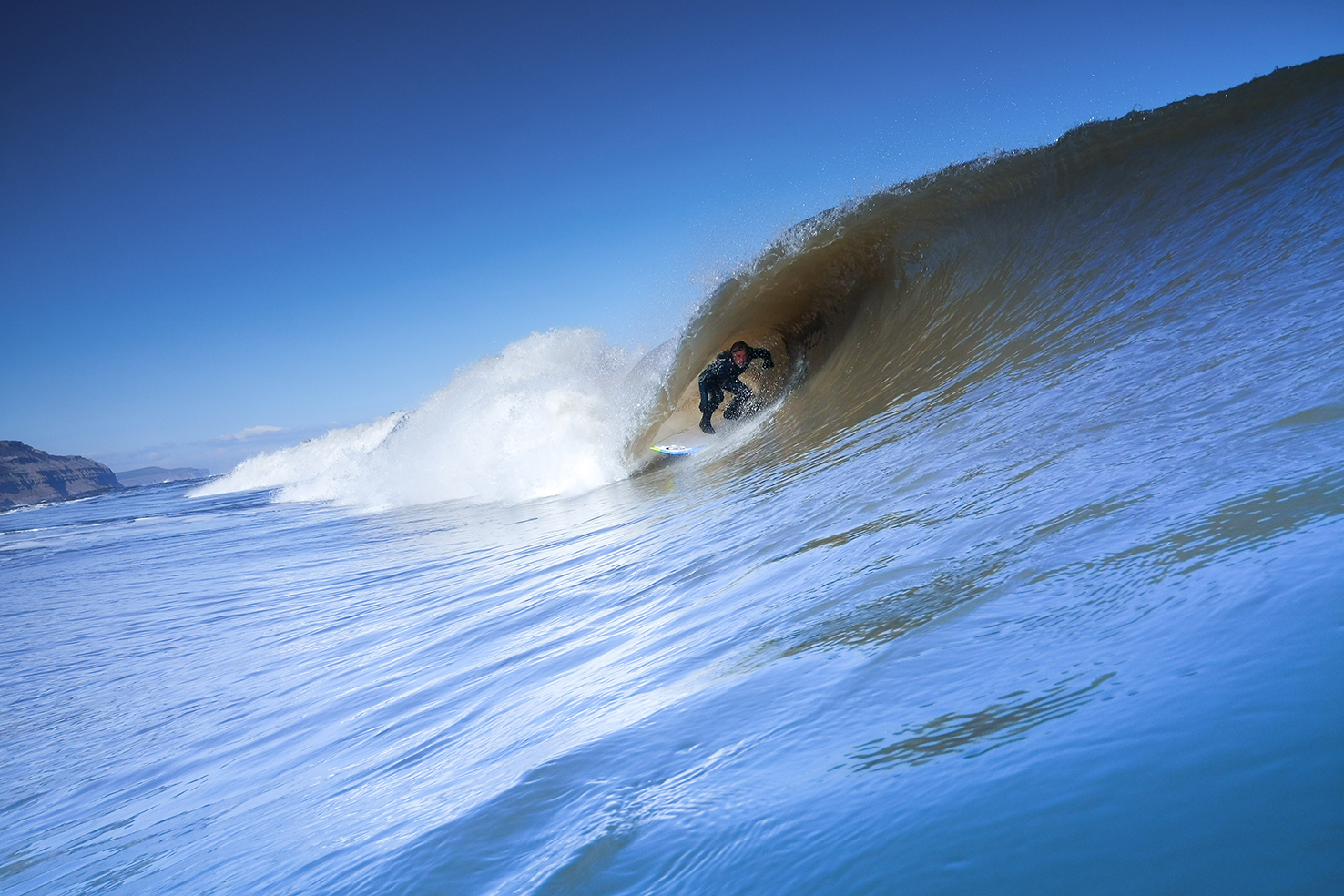 Guts reaping the rewards of perfect timing on this Yorkshire beauty 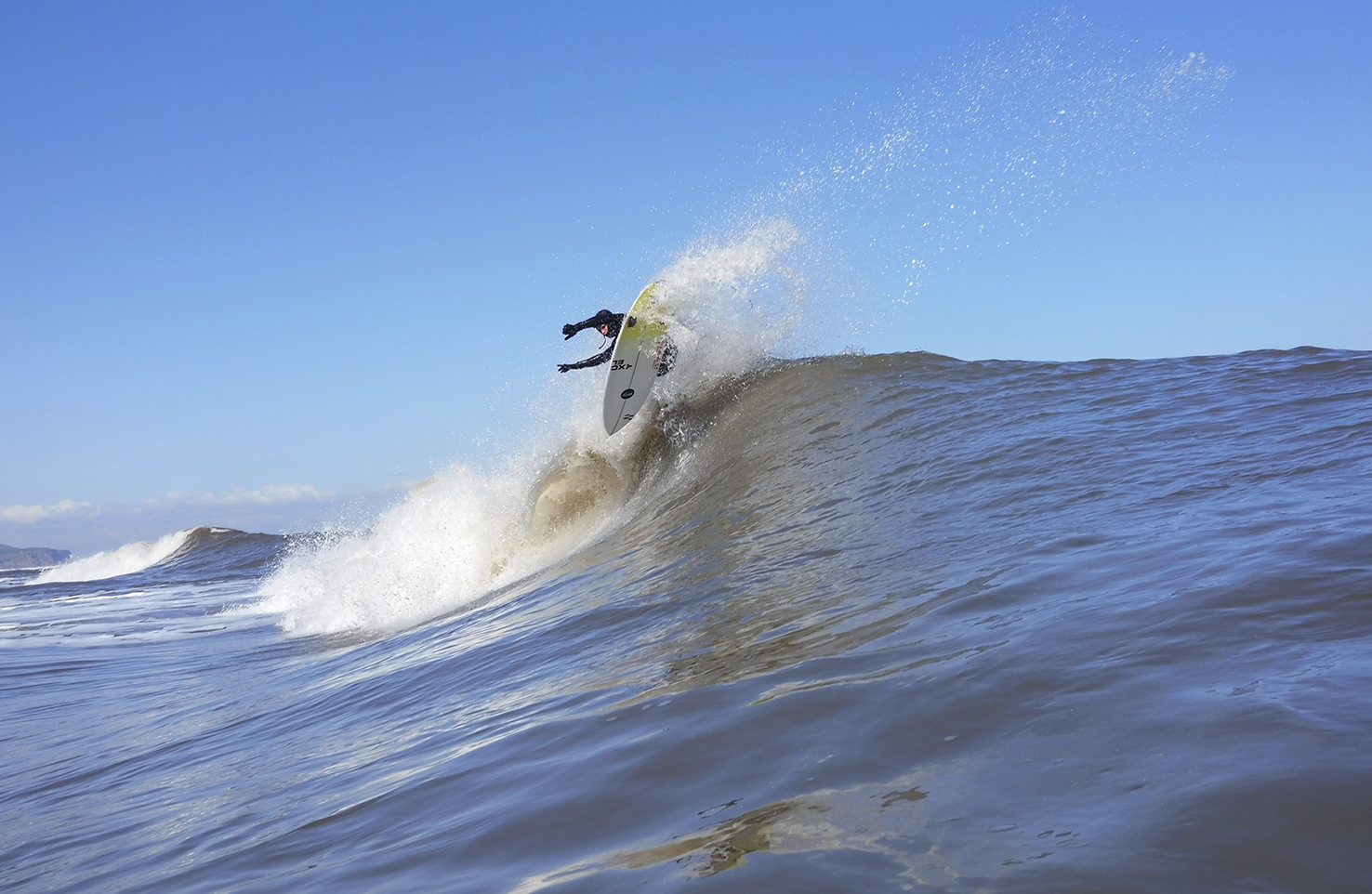 They say all good things come to an end, and so it was with the amazing run of swell we’d been having since the beginning of the year. Three months of pumping surf had made us all a bit complacent, figuring that the waves would never stop.

So, when they eventually did, it came as a bit of a shock actually. For the first few days of flat conditions, most people were thankful for the break, so they could give their tired shoulders a rest, which to be honest they needed after 90 days of constant use.

A week into the flat spell, shoulders were back in top condition and boredom set in. Two weeks in, and the 90 day swell was fading into a distant memory.

We scanned the weather forecasts nightly for any sign of an incoming storm system likely to break the wave drought. 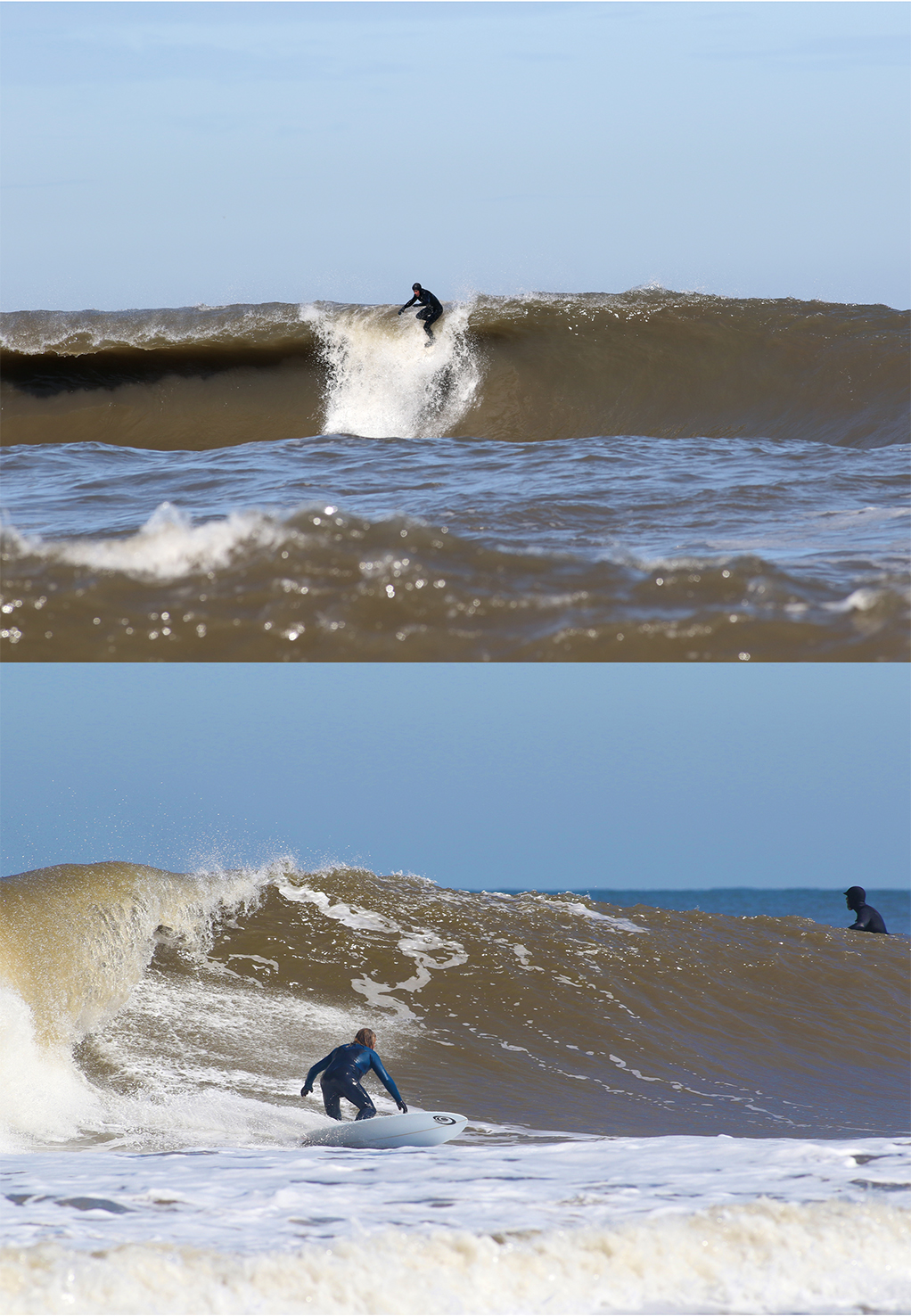 Top: Unidentified surfer, about to reap the consequences of being a split second too late catching this hefty piece of North Sea water. Bottom: A six hour drive is a small price to pay for waves this good. Guts, rail engaged and loving every second

Up north, Scotland was getting thumping surf generated up in the Arctic, but we were still in lockdown and unable to travel. Another week goes by and there’s action in the North Sea, but again lockdown isn’t quite over yet. This is getting very frustrating as Wales is still as flat as a pancake.

The sun may be out but the water temp is hovering around a bone chilling 7 degrees c. Photographer Paul manages a smile through chattering teeth

Lockdown is due to ease the following Sunday night allowing travel to England, so we make tentative arrangements to head to the wavepool in Bristol on the Monday.

However, we change plans last minute as another swell is showing potential for the North Sea coast and decide to roll the dice and head straight past Bristol and its guaranteed waves, in the hope of finding better conditions 200 miles North.

The gamble paid off, big time. We were blessed with 3 days of belting sun and world class waves. It felt great to be able to travel again after months of restrictions and the timing ended up being perfect for us to score some pretty epic sessions straight out of the gate …