This month we go to one of the most remote places on Earth with photographer Colin Prior, find out what all those unused keyboard symbols actually mean, take a trip down memory lane with some vintage advertising, and discover a mummified corpse encrusted in phosphate 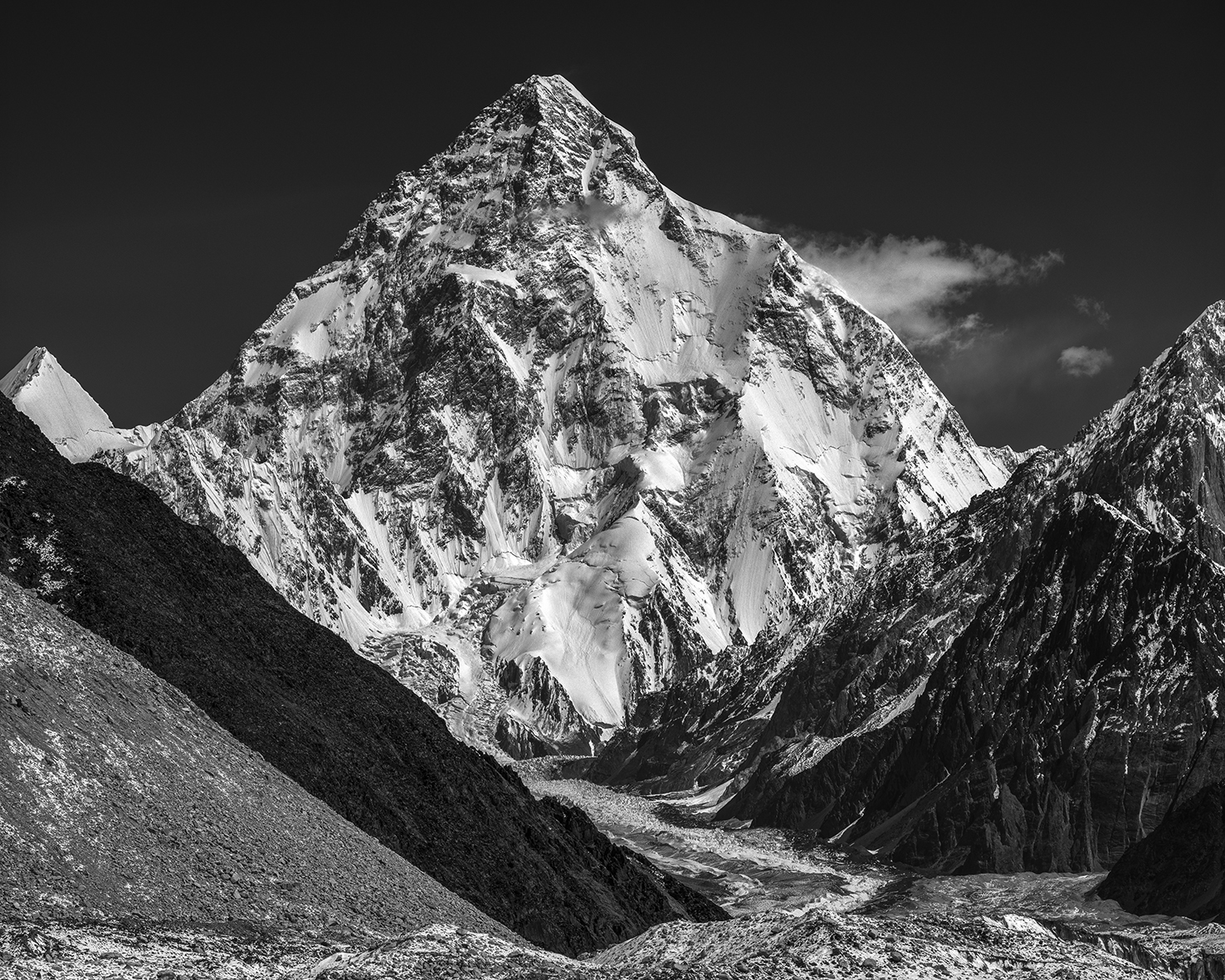 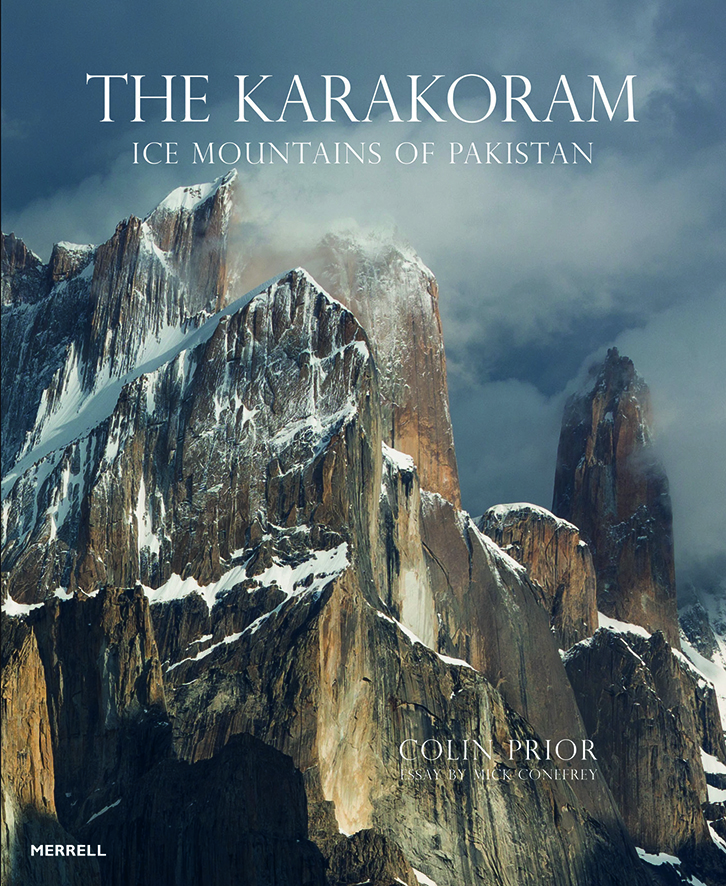 ‘The Karakoram: Ice Mountains of Pakistan’ by Colin Prior, published by Merrell, £50.00, hb

There aren’t many places left on Earth so remote, so difficult to get to and so physically demanding as the fearsome, stunning Karakoram mountains of Pakistan. If you think that in these days of modern adventure travel, dominated by tedious bucket lists and boring television celebrities, that there is nowhere left to explore, then Colin Prior’s magnificent The Karakoram: Ice Mountains of Pakistan will bring you fresh hope. It’s the type of glorious coffee table book that only happens when one of the best land-scape photographers of our day turns his attention to some of the most breath-taking and least photo-graphed scenery on the planet. He chooses as the book’s prefatory quotation words from Jack London’s The Call of the Wild: “There is an ecstasy that marks the summit of life, and beyond which life cannot rise.”

If you think that’s a bit fancy for a book of mountain photos, wait till you see them because, if I may paraphrase Jack London in reference to Prior’s craft, Karakoram marks the summit of far-flung landscape photography, beyond which others cannot hope to rise. If that famous Danish brewer of lager did mountain books, they’d probably do them like this.

Of course, Karakoram is about physical summits too, and the range is home to the second highest in the world, K2: easily one of the most challenging for mountaineers, and by logical extension those that wish to photograph it. To do so, Prior made six expeditions to the region, each trip requiring military campaign-style planning and hundreds of miles of trekking across rough terrain with a team of porters and ponies, pitting their wits against rockfalls, howling winds and perilous snow-covered crevasses. The reward for Prior – and the reader – is what he describes as the last word in mountain landscapes, “…sculpted by wind and ice into monumental spires, towers, cathedrals and pyramids.” Destined to be our book of the year. 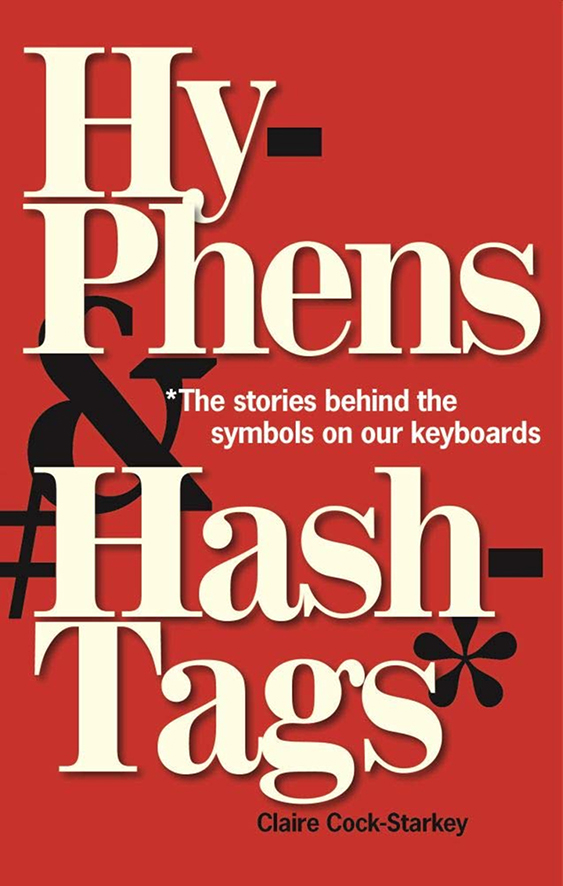 If you’re of a certain age you’ll remember that the ‘at’ symbol – @ – was only ever seen on commercial documents such as invoices, where it represented the words ‘at the rate of’. It was a character on our typewriters that most of us never used, and it looked for all the world as though it might go the way of the dinosaurs. But then at around the turn of the millennium, when the whole world got their first email accounts, this obscure little symbol (that may or may not have originated from the French word ‘à’) became ubiquitous. This fact, along with many others like it, forms the basis of Claire Cock-Starkey’s wonderful little book Hyphens & Hashtags that takes us on a journey around the fringes of our keyboards, explaining what all those weird little punctuation marks, mathematical symbols and glyphs mean and where they come from. If you don’t think they’re important, quite apart from the fact that there is no possible hope for you, just imagine the mess we’d be in without them. Anything we wrote would just be an unbroken screed of letters and numbers. Did you know the logogram ‘&’ (or the ‘ampersand’) originated as a contraction of the Latin ‘et’ (meaning ‘and’) and was first spotted in graffiti on a wall in Pompeii a few thousand years ago? Did you know that the hashtag itself started life as the abbreviation for the pound (unit of weight)? This in itself replaced the abbreviation lb. that could be misread as ‘16’, so 14th century scribes added a dash through the top. Or is it a ‘tilde’ (the squiggle over the ‘n’ in señor)? Solve this mystery and so many more and you’ll never look at your keyboard the same way again. Brilliant. 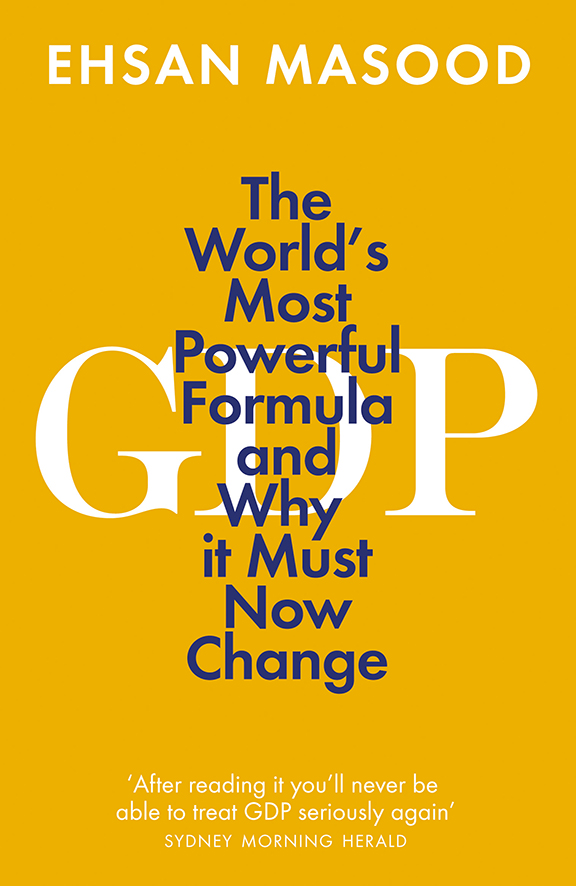 ‘GDP: The World’s Most Powerful Formula and Why it Must Now Change’ by Ehsan Masood, Icon Books, £9.99, pb

If we ever reach the point when the news broadcasters decide they’ve run out of ways to frighten the life out of us over coronavirus or Brexit, as sure as night follows day, they’ll turn their attention to the economy. And when they do, a term you’re going to hear a lot is GDP, or gross domestic product, which has for decades been the way politic-ians decide whether we’re in boom town or going to hell in a handcart. Boris and his political chums are in favour of using GDP because they’re not very bright and even they can understand it (‘up good, down bad’). The problem, as Ehsan Masood explains in his entertaining and highly readable new book GDP, is that as a measure of national prosperity gross domestic product quite frankly borders on being useless: it was invented nearly a century ago for a different purpose to what it is used today. It was devised, says Masood, by American economists in response to their President wanting to know how rich America was. Inevitably, in the pre-digital age the formula arrived at was based on patchy data, biased in favour of what the economists thought the White House wanted to hear, and concent-rated mainly on manufacturing output, while leaving out entire considerations such as how hungry and unhappy America’s poor were. No wonder governments everywhere love GDP: it allows them to pro-duce numbers that prove to the electorate they’ve never had it so good while they’ve actually never had it so bad, and then win the next election. Luckily for us, our author sharply disapproves and sets out to investigate, tracing the economic yardstick back to its roots and bringing us right up to date, along the way introducing his thoughts on ‘the world’s most powerful formula and why it must now change’. As we rebuild our economies in the wake of coronavirus and the accompanying recession, we need a more sustainable and inclusive measure of prosperity, argues Masood. 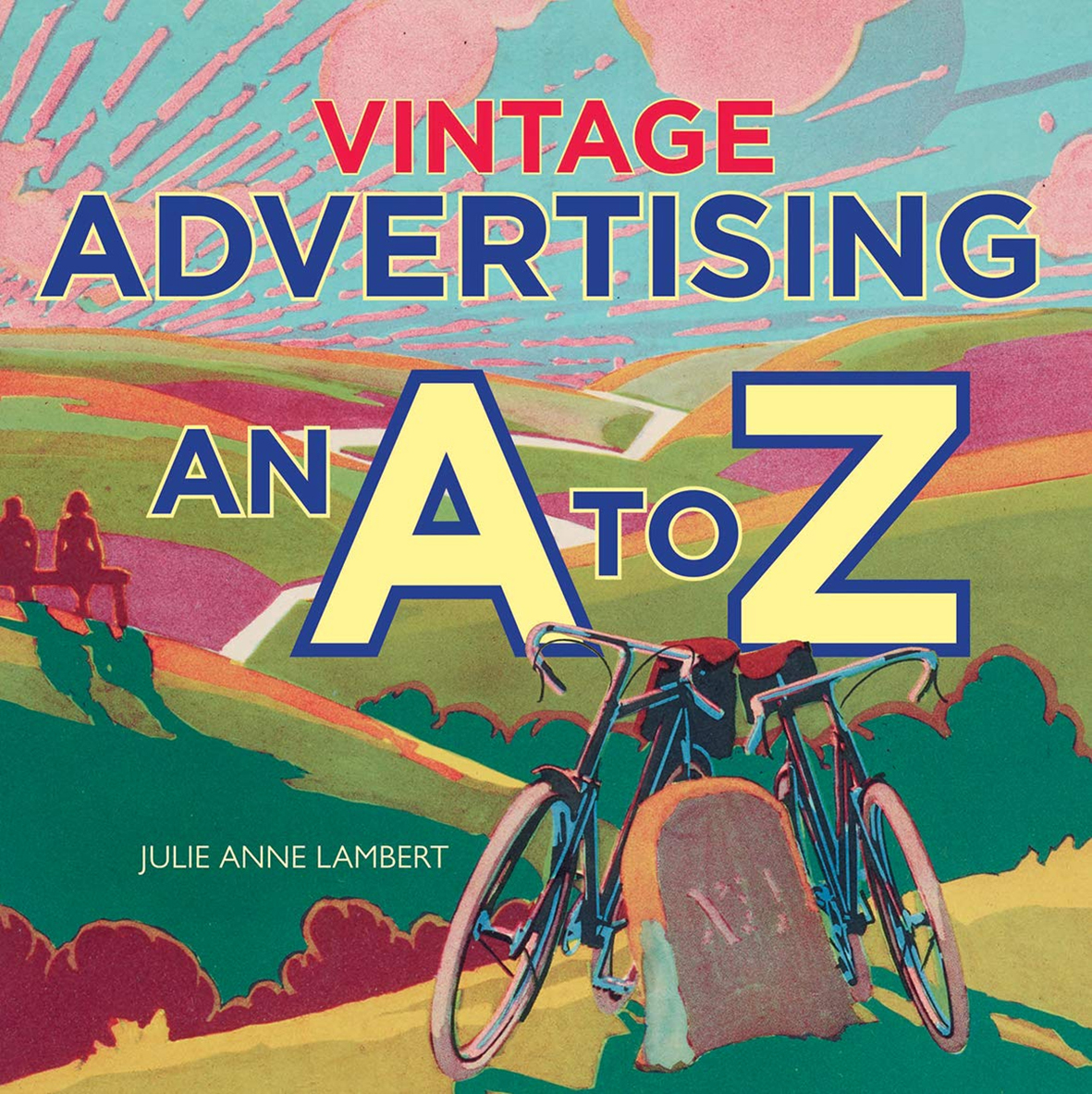 ‘Vintage Advertising: An A to Z’ by Julie Anne Lambert, Bodleian Library, £15.00, pb

Advertisements are fun, engaging and imbued with the spirit of their age,” says Julie Anne Lambert right at the start of her fascinating examination of historical advertising. Perhaps she should have used the word ‘were’ in this sentence, because the one thing you’ll walk away with for certain from the fabulously illustrated Vintage Advertising: An A to Z is that the pro-cess was a much more wholesome affair back in the day than the nasty dynamic marketing junk that arrives uninvited on our screens these days. Of course, adverts have always been persuasive, often preying on the perceived needs and insecurities of the potential client, but in general we’re probably right to be nostalgic about those of yesteryear because they weren’t just blunt instruments beating you over the head until you handed over the money. If Lambert’s chosen examples are representative of the industry as a whole, adverts of yore were sublime works of commercial art and typography, copy writing and design that seem to speak volumes about the social preoccupations of the time. There’s something reassuring in the know-ledge that our grandparents bought ‘aquarium biscuits’ from the Brighton Steam Biscuit Company or protected themselves from ‘colds and chills’ with Bovril and treated colds with something called a carbolic smoke ball. Beautifully printed and bound, the structure of the Vintage Advertising: An A to Z is an alphabetical sequence, meaning that the jumping around that is required when reading antho-logies is already done for you, and Lambert has performed and exquisite job presenting to the reader a golden age of advertising. 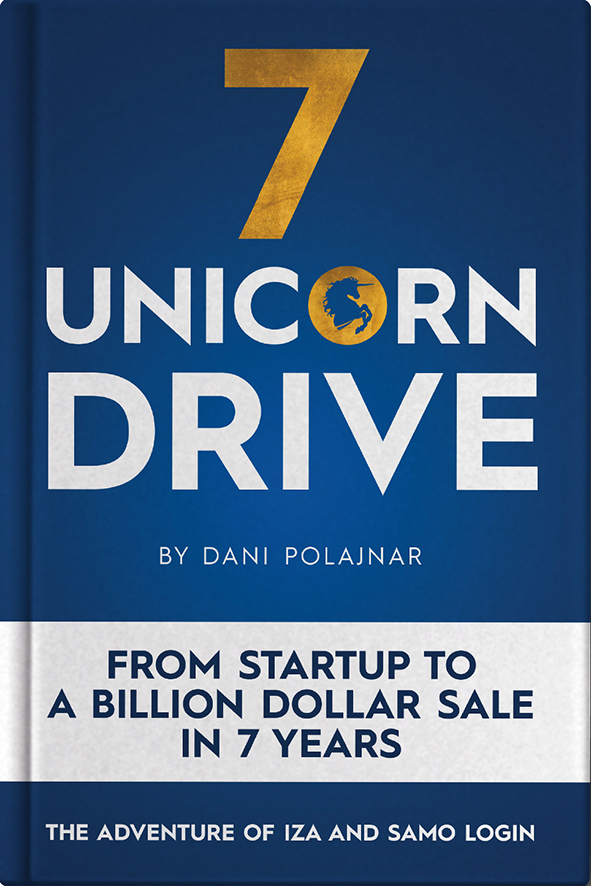 The modern technology fairy tale is these days that of penniless wannabe entrepreneur becoming a philanthropist as rich as Croesus: and this is exactly what you get with 7 Unicorn Drive. Though not quite a rags-to-riches tale (more ‘quite rich to mind-bogglingly rich’), author Dani Polajnar’s account of his friends’ – the appropriately named Mr and Mrs Login – seven-year journey to a billion bucks on the back of a kid’s anthropomorphic cat app, is certainly a tale of what you can achieve in business if you have sufficient ambition and luck. Starting with a vision to become rich enough to change the world, the Slovenian husband-and-wife duo invested their life savings of a quarter-of-a-million US dollars to create Slovenia’s first genuine ‘unicorn’ (modern business slang for a billion-dollar start-up on account of their rarity). Within seven years, the Logins had sold Talking Tom Cat to a consortium of Chinese investors and had become the richest couple in Slovenia.

Talking Tom Cat’s success was astonishing. It was the most downloaded app in more than a hundred countries, had 580 million monthly subscribers and generated more than two billion YouTube views. Polajnar’s story rattles along at a pace that mimics just how fast things can move when your app dream takes off. It’s also a parable of our times, in which you can’t help feeling their meteoric rise is richly deserved because the Logins are people with strong personal ethics and a sense of global responsibility. The fact that they are investing their massive wealth into the development of sustainable food initiatives, while exploring ways of addressing climate change, points to a seriousness of purpose that you just have to admire. 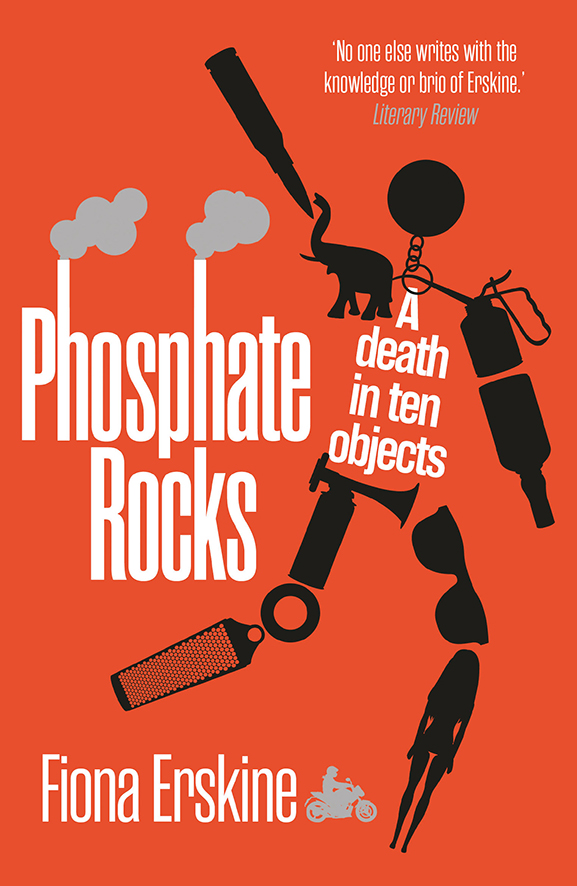 When a novelist says she’s taking a break from fiction “to write down some true stories of my professional life,” you’ve got to be suspicious, especially when it’s Fiona Erskine: further especially when she then spends the introduction of her latest book – Phosphate Rocks – telling you how little of what follows is true. But this is Erskine, one of the finest of a new generation of thriller writers to emerge in the past decade, whose splendid Jaq Silver series is starting to propel her up the rungs of the Queen of Crime ladder. So of course, in the time-honoured tradition of nothing being what it seems to be, we have a mystery on our hands when a mummified corpse encrusted in phosphate dust comes to light while the old chemical works is being demolished. Seated at a card table, the body has ten objects laid out in front of him, inviting us to work out: first, who it is; second, how he met his fate, and third, what all these objects mean. Which is disturbing enough until you read, tucked away on page 243: “All – except one – of the events … took place during my working life as a chemical engineer, although not necessarily in the same place, to the same people or in the same order…” And because it’s Erskine, we have lots of the sort of chemistry clever-cloggery we’ve come to expect from her (which you suspect might be the only objectively ‘true’ material in the book), as well as appendixes swollen with impenetrable equations and notes about obscure scientists. Which all confirms that Erskine is a smashing writer with a gift for spinning a yarn and then weaving it into something very satisfying indeed. Great stuff.