This month Charles looks at the Commonwealth Games and its connection with one of Swansea’s newest roads. 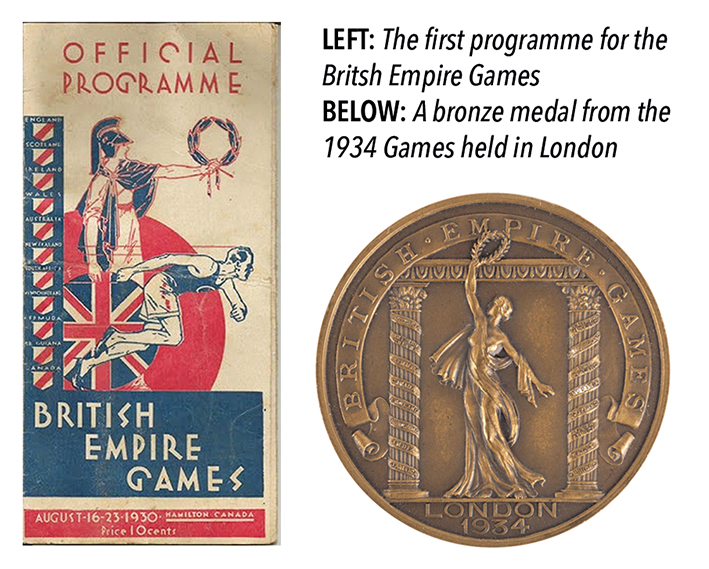 The Commonwealth Games is an international multi-sports event open to athletes from the Commonwealth Nations. It is held every four years and has been known by this name since 1978. 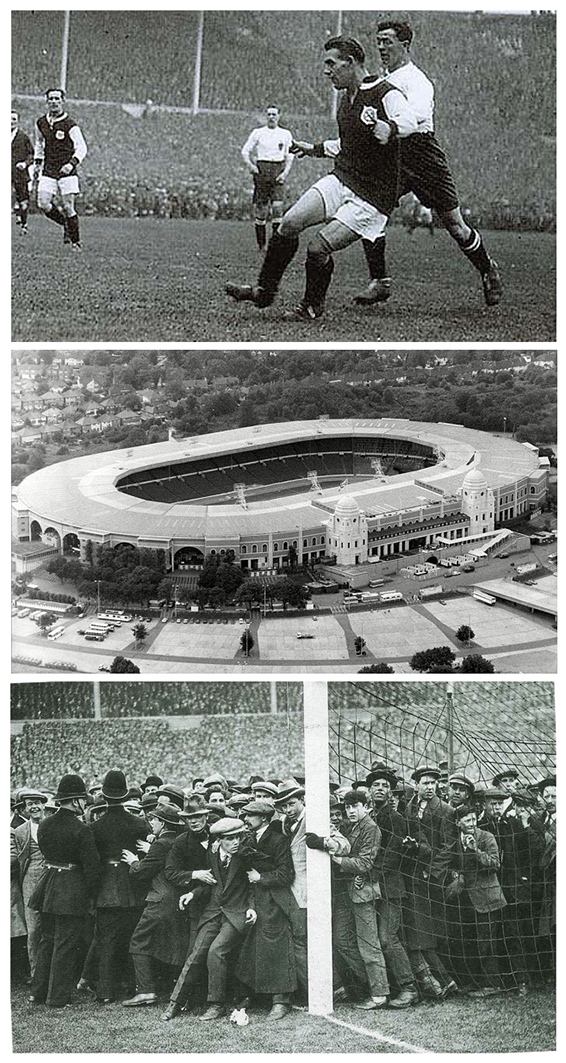 Top to bottom: The first FA Cup Final to be held at Wembley Stadium. The stadium in all its glory. So many fans turned up for the non ticketed match that it was a problem to fit them all in!

The first Games in 1930 were held in Ontario, Canada, with 11 countries participating. The 1934 Games were originally going to be hosted by the city of Johannesburg in South Africa, but due to concerns of prejudice to black and Asian athletes, London was selected instead. This was the first time that they were held in the United Kingdom. 68 years later, the Games were held in Manchester. Next year in 2022, they will be held in Birmingham.

Wembley Stadium was constructed during 1922. The first FA Cup Final to be played here was between Bolton Wanderers and West Ham United. The following year the stadium was chosen for the British Empire Exhibition, which lasted until 1925.

In 1934 the Games were held at Wembley, with the open-ing ceremony on the 4th August. Five hundred athletes from seventeen nations participated in sixty-eight events.

The United Kingdom included the four home nations, England, Wales, Scotland and the Irish Free State. The Games concluded with the closing ceremony on the 11th August.

At least three of the Welsh athletes were from Swansea. Lawn bowlers Thomas Davies and Stan Weaver, who bowled for the Swansea Bowls Club won a Bronze medal in the Pairs Lawn Bowls, and runner Cyril Cupid, who competed in both the 100 and 220 yard races. 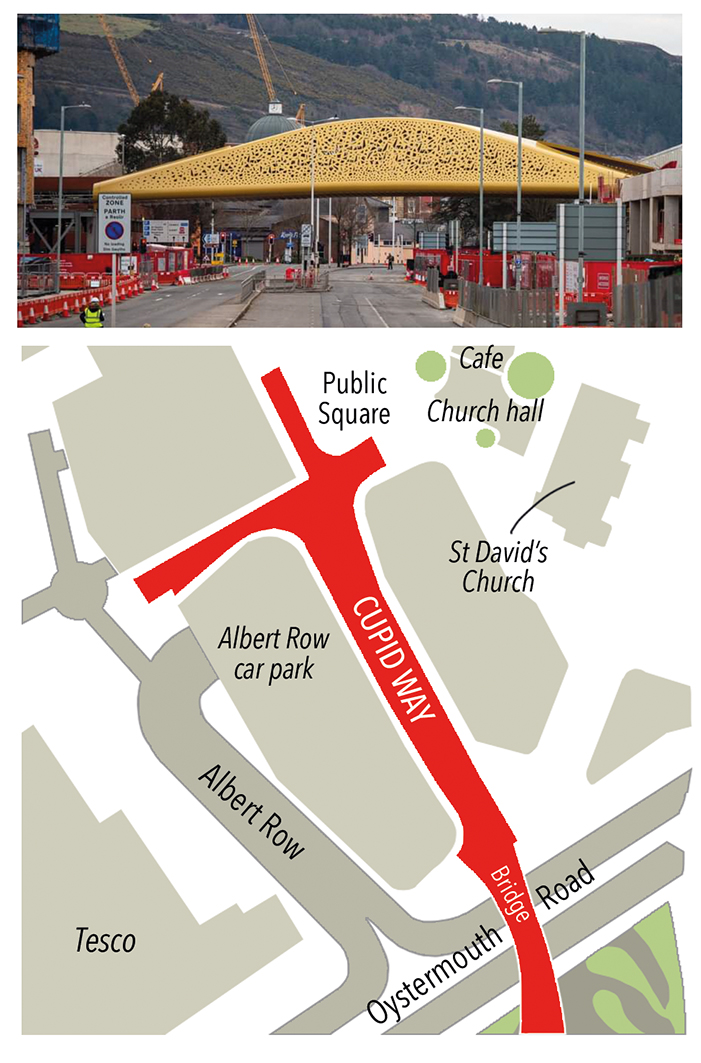 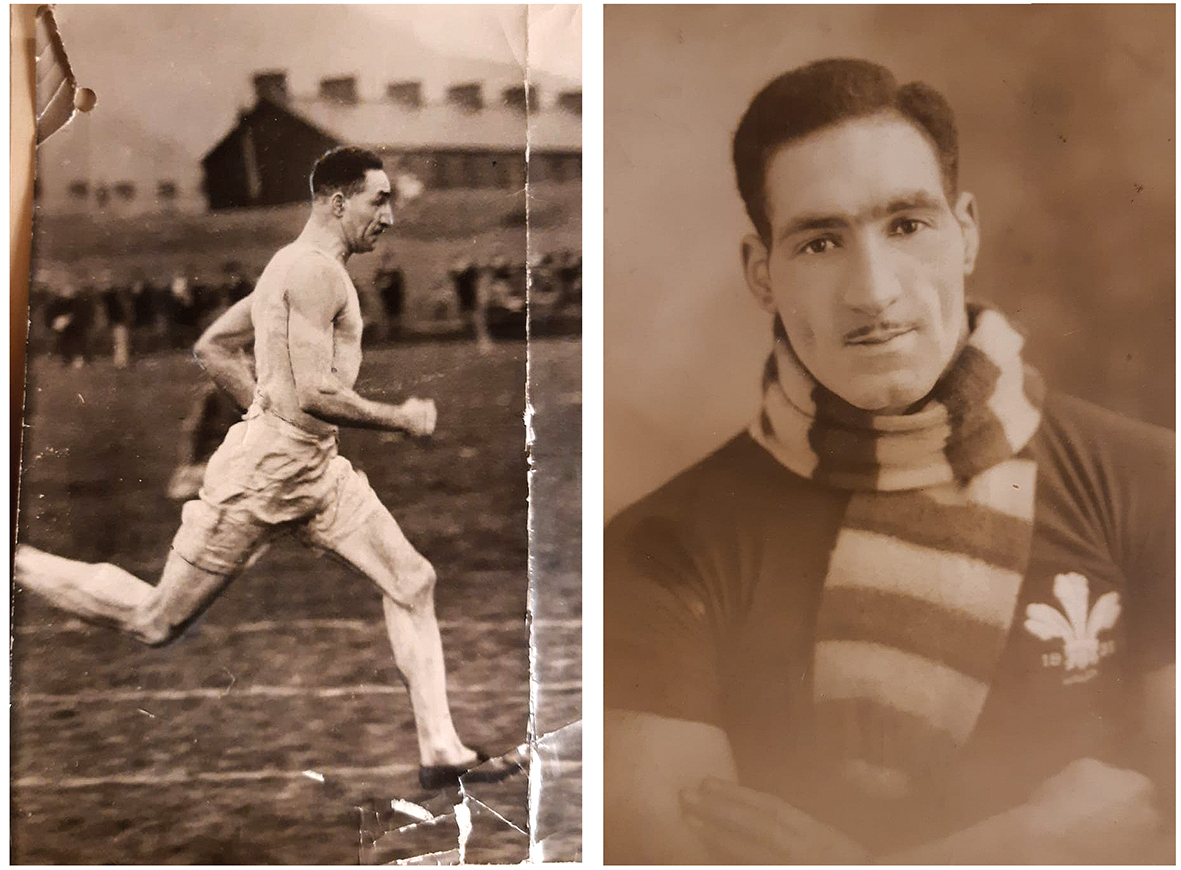 Cyril Cupid will be honoured this year with a road named after him, Cupid Way. This road which runs from the entrance of the Quadrant Centre and St Mary’s church, leads to the ramp of the new bridge.

So, who is Cyril Cupid? I posted a photograph of Cyril on to Swansea People’s History Facebook page in the hope that a member of his family would get in touch, and I was contacted by Sonya Aleksic, Cyril’s grand-daughter. The photographs of Cyril used in this article have been provided by Sonya.

Cyril was born in 1908 in Swansea, the second of eight children to George Arthur Cupid and Maud Matilda Palmer. At the time of the 1911 Census, theCupid family were residing at 33 Caebricks Road, Cwmbwrla. Information from the Census shows that George originated from St. Vincent and the

Grenadines in the West Indies, his occupation is recorded as being a spelterman. Prior to this employment George was a seaman and during the First World War in 1917, George served onboard the Malwa. On his journey home to Swansea he died on a train between Newport and Cardiff. He was buried in an unmarked grave in Cwmgelli Cemetery. 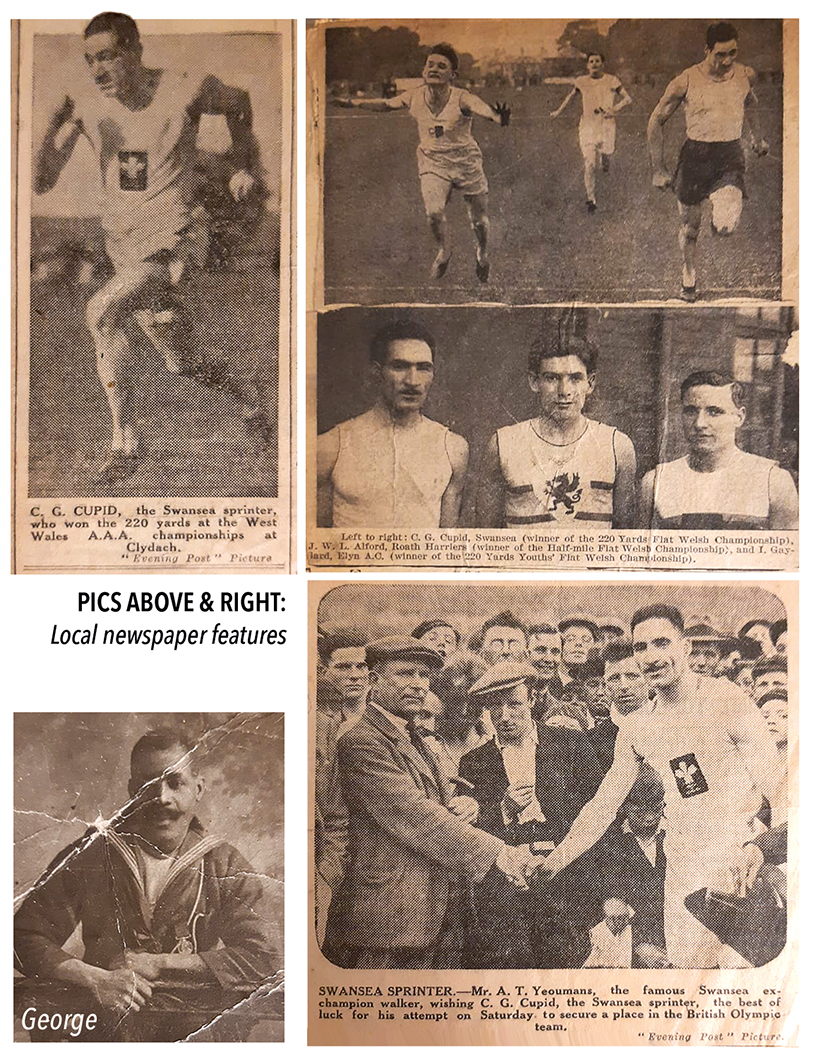 In an article in The Cambria Daily Leader of August 1918 entitled “Fete and Sports” it is stated that a carnival held in Victoria Park and St Helen’s Ground was to help aid the War Prisoners’ Fund. Listed in the sports results for the 190-yard flat race for boys under 14, Cyril aged 10 is listed as finishing second.

Welsh Athletics held its first sports meeting in Aberystwyth in 1860.  It was recorded during 1865 that the mile was broken by William Richards in 4 minutes and 17 ¼ seconds.  In 1926 Cyril, aged 18 made his first appearance as an athlete. During the 1930s Cyril broke records in Germany and Austria for both the 100 and 200 metres. 1934 the first marathon championships were held from Pyle to Swansea;bduring the same year Cyril competed in Newport in the 100-yard race with a new record of 9.8 seconds, making him the first Welsh-man to run under 10 seconds. Cyril was Welsh champion during 1931-34.  The Newport record was broken in 1949 by rugby international Ken Jones. 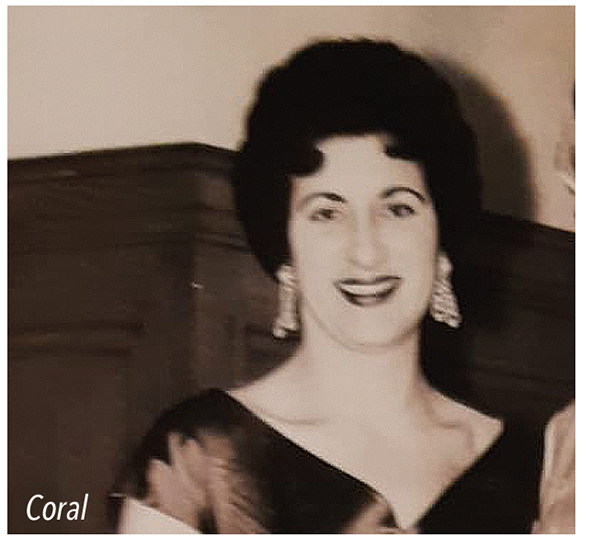 In 1933 Cyril married Elizabeth A. Rees, in Swansea, the following year they had a daughter, Coral Cupid (pictured left).  By the time of the Second World War, the 1939 Register records that Cyril whose occupation is 1st helper tin worker, heavy work was residing with his wife Elizabeth at 30 Llwyn Derw, Fforestfach.

After the Second World War, Cyril now in his 40s still competed and the family moved to London, where he died in 1965 aged 57 years.