Now that cinemas have reopened Emlyn is once again able to review the latest films to hit the big screen. This month he starts us off with a scary movie – there’s nothing like being scared to death with a crowd. 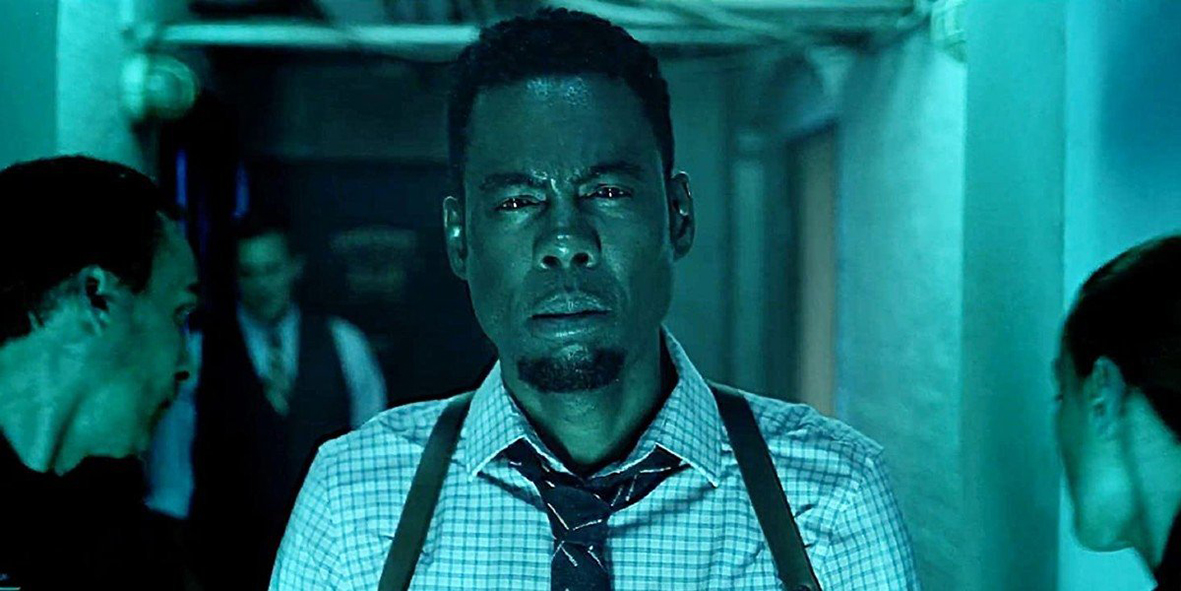 Successful horror franchises never really die, and it’s been observed that there’s no better way of ensuring a horror movie gets a sequel than by subtitling it “The Final Chapter”; the fourth Friday The 13th was called that, and the fifth came out less than a year later. So, it is with Saw, whose seventh entry was allegedly the final chapter, and since which we’ve had Jigsaw and now Spiral: From the Book of Saw. Released in the UK the day (some) cinemas reopen, it’s an oddly appropriate welcome back: audiences love horror movies, and there really is something special about getting scared as part of a big crowd. It’s the reason, after all, that these franchises never stay down for long.

Spiral isn’t Saw IX nor is it really a reboot, since it’s clearly set after the other movies and acknowledges them, but very much tells its own story; if you haven’t seen a single other film in the series, you’ll still be able to follow along just fine. This is probably the wise move given the franchise’s increasingly labyrinthine overarching story, which lets Spiral avoid all the fuss of complicated exposition and just go, “the Jigsaw Killer’s dead, there’s a copycat out there, the police need to stop him”. Specifically, Chris Rock’s Detective Zeke Banks and his rookie partner William Schenk, who find them-selves in a race against time as the mysterious new murderer starts playing a new series of deadly games. 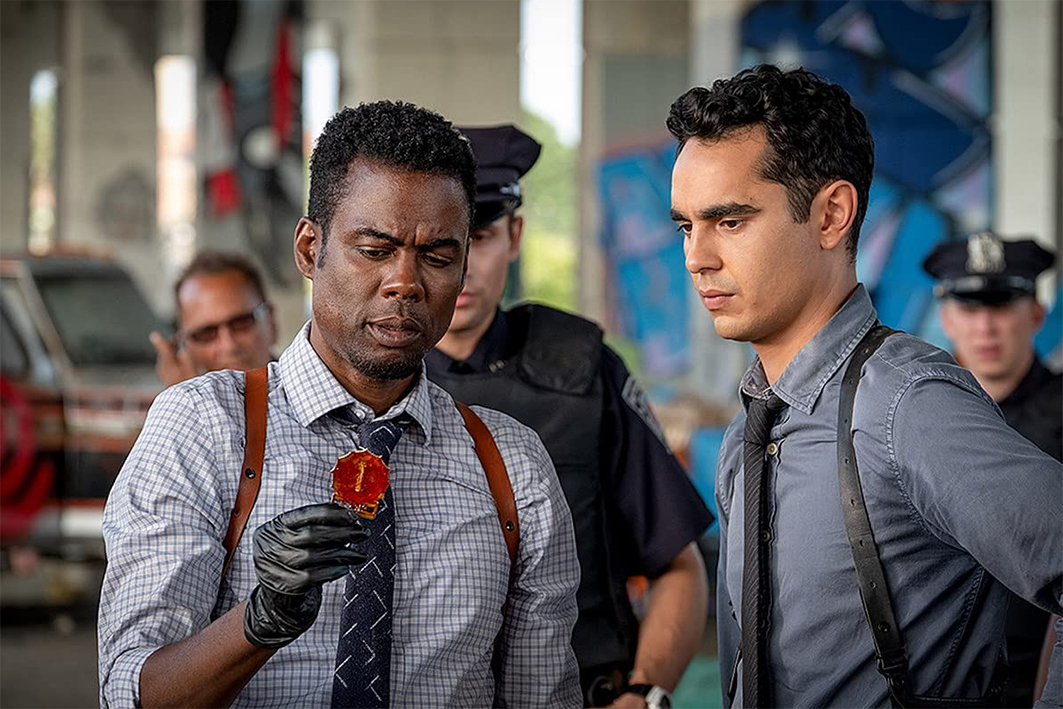 Two cops hunting down a sadistic serial killer is a tried-and-true formula, and for all the undeniable familiarity it works well here, in no small part because the characters are immediately engaging. Zeke would rather work alone than be saddled with a newbie, but he’s not pointlessly hostile towards his new partner and the two of them build a good rapport fairly quickly. It’s one of Spiral’s undeniable strengths that it never keeps you waiting around for anything for long, with its brisk 93 minute runtime – including credits! – guaranteeing that you never have time to get bored. If anything, a little more time to flesh out the characters might have been nice, but if that was the trade-off for the relentlessly pacey thriller we’ve ended up with it was the right decision.

It is as much cops vs serial killer as anything else, with the focus far more on them than the victims, but the series’ signature deathtraps do of course put in plenty of appearances. Spiral never lingers or leers over them though, with the killer’s games never lasting longer than a handful of minutes and mercifully avoiding the excesses the genre can sometimes indulge in. If anything, some of the traps are so quick that they leave you feeling like the killer isn’t giving people a fair chance, but that may well be the point, of course. They’re inventive and cruelly ironic as you would hope, and while the movie doesn’t wallow in suffering, the traps may well still leave you squirming and wincing.

What helps as well is that, no doubt thanks to star and executive producer Rock – who actually pitched the movie to the studio in the first place – there’s a nice undercurrent of pitch-dark humour to the proceedings, which makes the more horrific stuff go down easier. And in addition to that, it feels oddly timely in some respects as well; it would be a spoiler to say more and you’re definitely better off going in blind, but Spiral does seem to have some surprisingly weighty ideas on its mind at times, which is a very welcome development.

But at the end of the day, it’s still a crowd-pleasing horror/thriller tailor-made for seeing in the cinema. With the lights down and the crowd hushed, watching a horror movie can be a deeply cathartic shared experience, and goodness knows we could all use some catharsis at the moment. In true horror franchise form, Spiral definitely has sequel potential, and it would be genuinely good to see another in this vein: it’s a rock-solid (should that be Rock-solid?) serial killer thriller that’s bound to get a crowd energised. Welcome back to the movies.