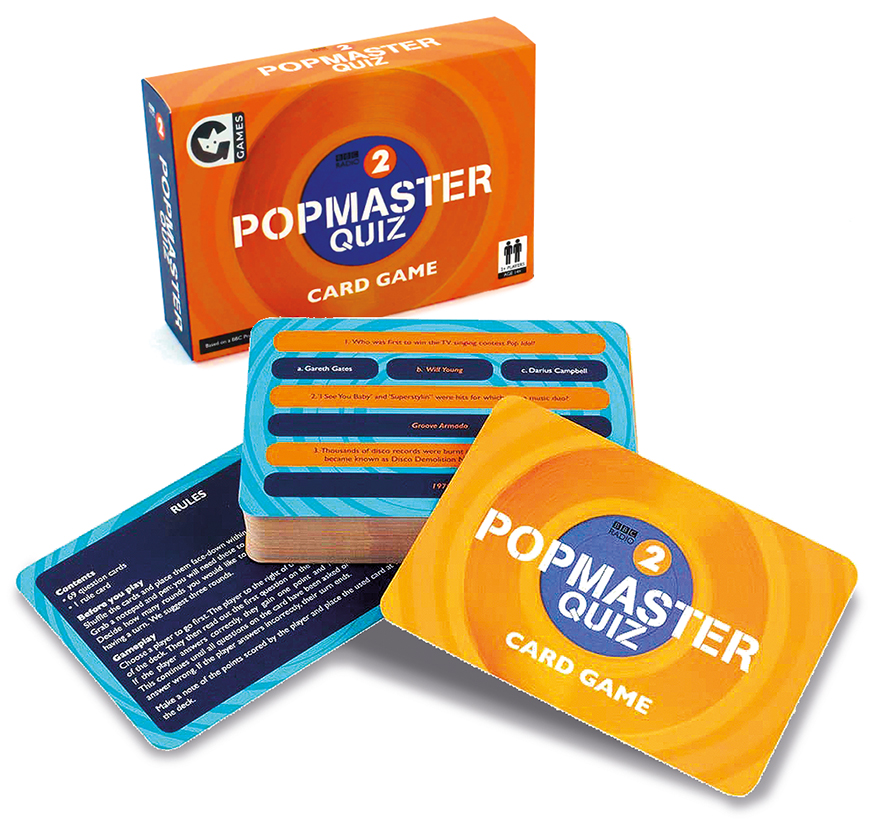 Just after 10:30am most week days, you’ll find me, a brew in one hand and a pen in the other, shout-ing at Popmaster on the Ken Bruce Show on BBC Radio 2. Some days I do well; I’ve had scores in the thirties on both rounds and I’ve got the three-in-ten. The next day my score has barely scraped above single figures on either round and I’ve never even heard of the artist whose songs it is the poor contestant is being asked to list a trio of. Still, it’s a bit a fun, isn’t it?

And what else are you meant to do to keep yourself amused during work time?

I’ve even been on myself: May 13th, this year. I bowed out in the first round with a meagre 9 points. Embarrassing, and live on national radio… no Bluetooth speaker or digital radio for me. 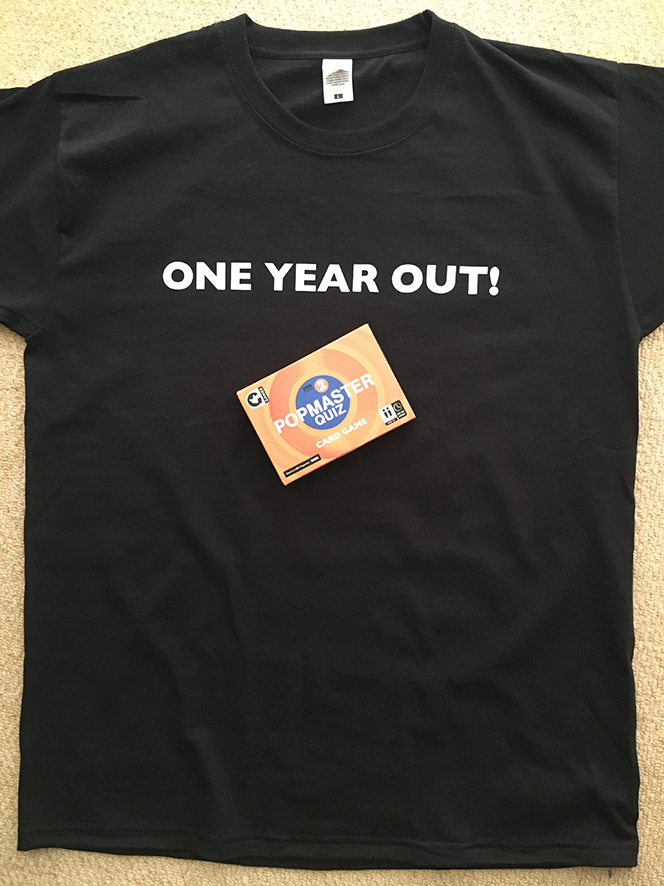 Perhaps that’s why Lesley (Bay editor) sent me Popmaster Quiz from Gingerfox (you can get it on Amazon from approx. £6.99). Taking more than just a little inspiration from the nation’s favour-ite radio pop quiz, this version takes the form of a card game. With over 200 questions – all equally as hard or easy as you’ll hear being set by a certain Scotsman – Popmaster Quiz pro-vides the opportunity for you and whatever captive audience you may have to hand to challenge each other’s knowledge on music trivia. Who knows their Rush from their Randy Crawford, their Beatles from their Blur, their Katie Perry from their Cat Stevens, or their Sygur Ros from their Seth Lakeman?

And most importantly of all, who’ll be…ONE – YEAR – OUT!

Since it arrived, I’ve played this amusing little card game probably more times than I should admit to; I think someone else here secretly thinks I’m using it for revision purposes. Then they know I always stop for Popmaster. I even have the T-shirt to prove it!