This month we see Europe through the lens of a fine art photographer, find out if computers will send us to prison, take a literary trip to the Côte d’Azur and debunk a few myths about foxes… 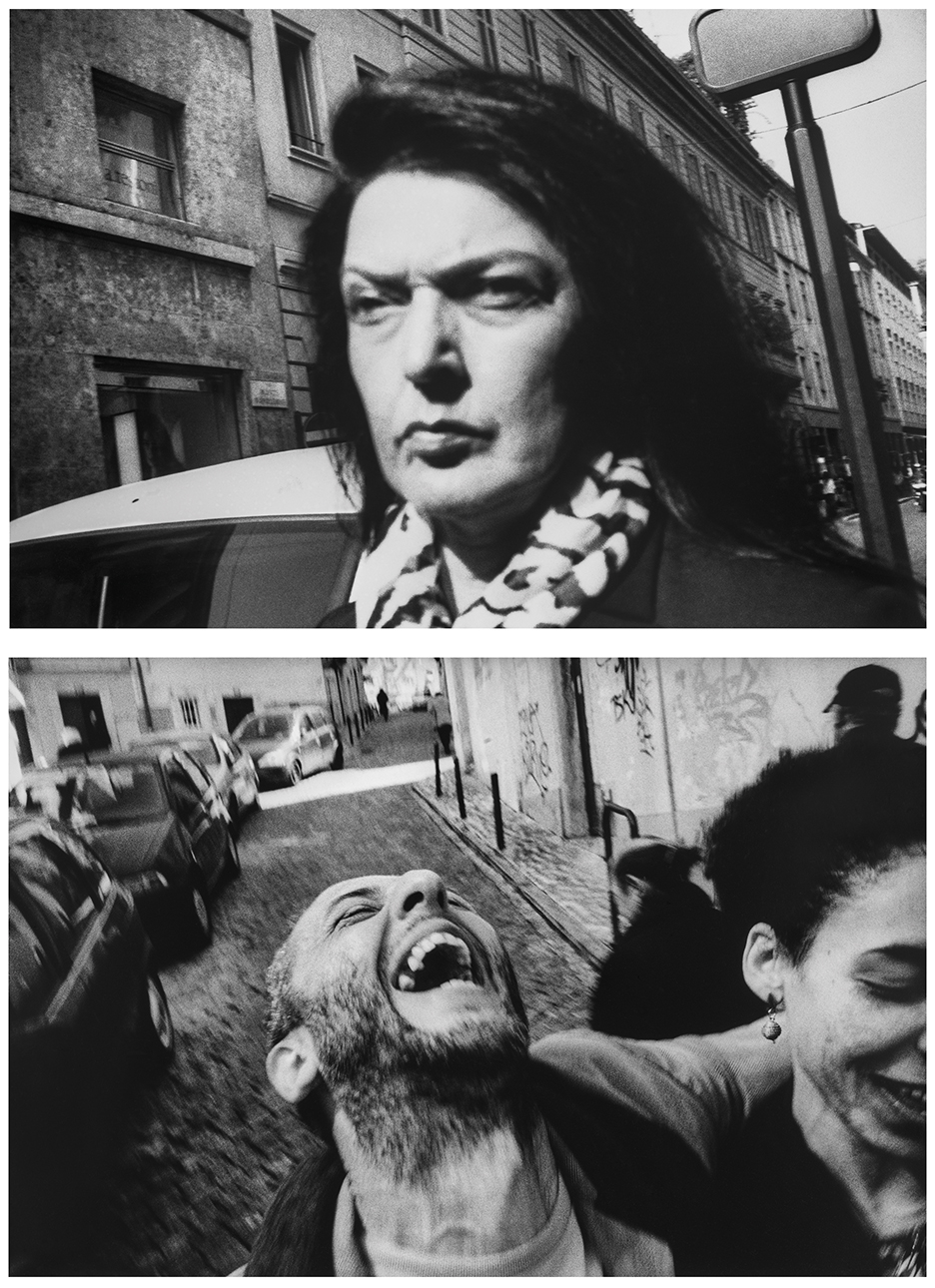 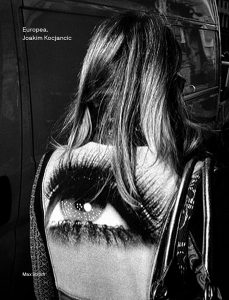 Whatever your personal feelings about Europe may be these days, they’re probably complicated. With Brexit, the UK voted to break from our continental cousins and yet we still expect to compete in the European Football Championship and the Eurovision Song Contest. The UK fiercely wants to protect its trade and yet gets cranky when our (understandably peeved) formerly good-natured neighbours now want to charge extra for sending us stuff over the English Channel. As I say, it’s complicated. So, spare a thought for photographer Joakim Kocjancic who was born in Milan of Swedish parents and has a Slovenian name. His wife’s Belgian. He speaks several languages. All this before living and travelling all over Europe. 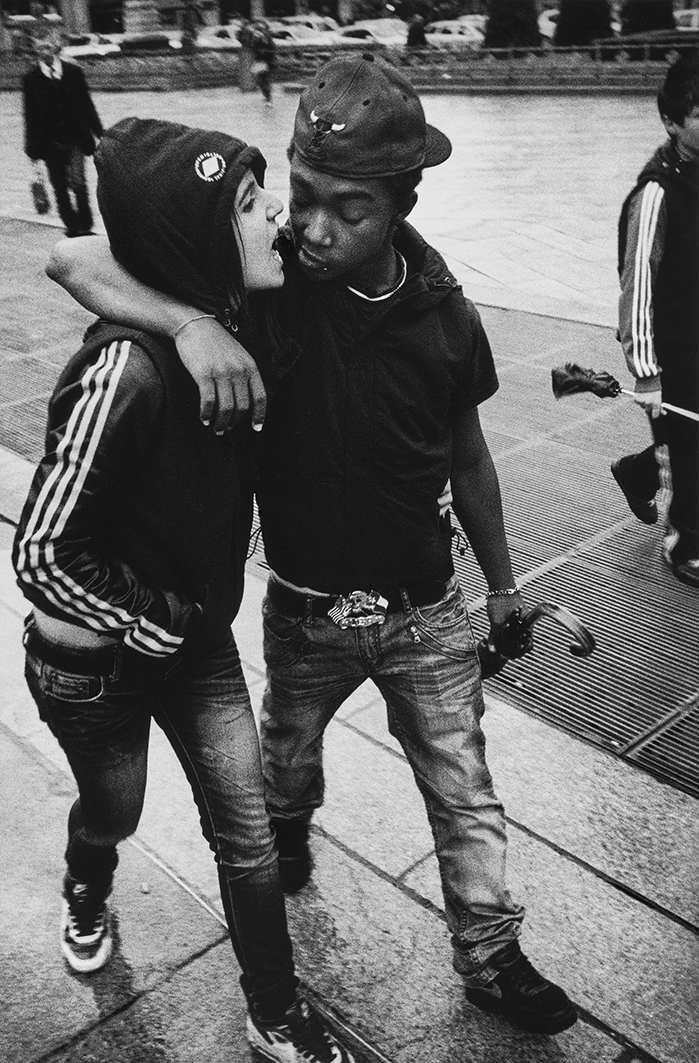 His big question – and one that he tries to answer in his extraordinary monograph Europea – can be boiled down to asking just what it is that makes the place so hard to understand. After all, humans managed to live on the landmass we now call Europe for 37,000 years without having to construct political borders and nation states. For millennia, our boundaries were defined by rivers and mountain ranges. Now it’s all done by angry politicians in grey suits.

Working on the basis that there must be some sort of underlying meaning behind the modern chaos that is today’s Europe, Kocjancic sets about trying to unravel some of its mysteries. His starting point is the people: regular, normal people going about their daily lives, whether it be in Berlin, Paris, Milan or anywhere else come to that. “Looking back on the years I’ve spent around Europe,” he says, “I realise that it was about a search for an identity that wasn’t restricted by nationality. By reflecting myself in other people, I search for myself, find points of reference, make sense of my values, discover the things I love, and preserve what I don’t want to be lost.” This search has resulted in a stun-ning collection of black and white photography – all shot on film – that somehow says more about the Europe that we were once part of than any braying politician ever could. And it makes this reviewer sad we left. 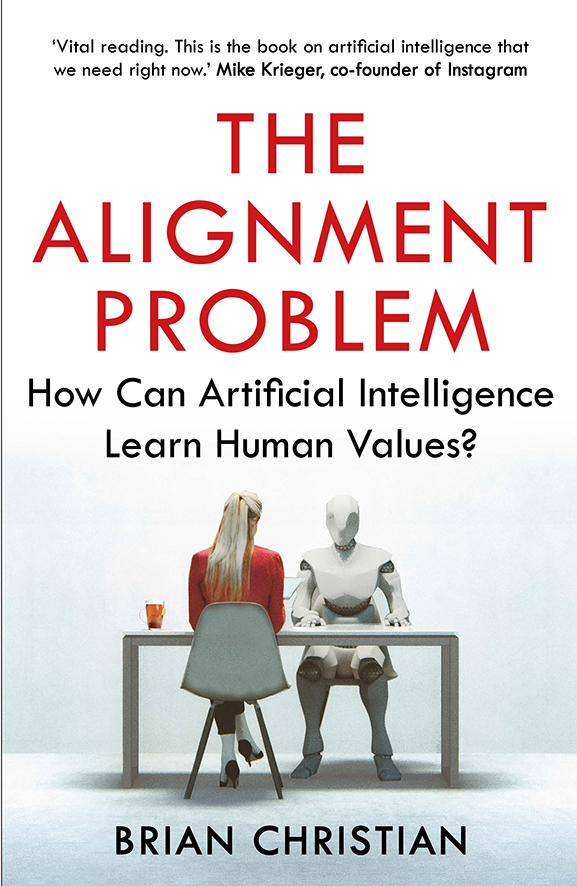 Artificial Intelligence is dominating our lives in ways that we could hardly have predicted a generation ago. And if you think that ‘Machine Learning’ (the part of Artificial Intelligence that makes computers adapt by themselves so that they can become more ‘helpful’) isn’t part of your life, then you haven’t bought anything off Amazon recently, applied for a loan, bought a car, browsed online news resources or taken a photograph on your smartphone (the entire human population takes approximately 1.5 trillion digital photos per annum, so you probably have). And may God help you if you get your collar felt by the long arm of the law, because it will be a machine learning system that helps to decide if you get bail or will be detained to await trial at Her Majesty’s pleasure. As these complex algorithms take over our lives, making more and more decisions on our behalf, it’s enough to make you wonder if there’s a quality control mechanism behind the scenes ensuring all this is safe, fair and legal.

Brian Christian is an expert on just these questions, and his new book ‘The Alignment Problem’ dis-cusses just that: ethics and safety in machine learning and its impact on society. Based on more than one hundred interviews with key players working on the frontlines of the technology, his work assess-es the impact of machine learning on the social, civic and ethical aspects of our daily lives. Christian sees the digital phenomenon as one of ‘the most transformative, if not the most transformative’ developments in science today. But, says Christian in this superb analysis of the topic, unfortunately the technology isn’t very mature yet and is prone to getting things woe-fully wrong. An important and frightening book. 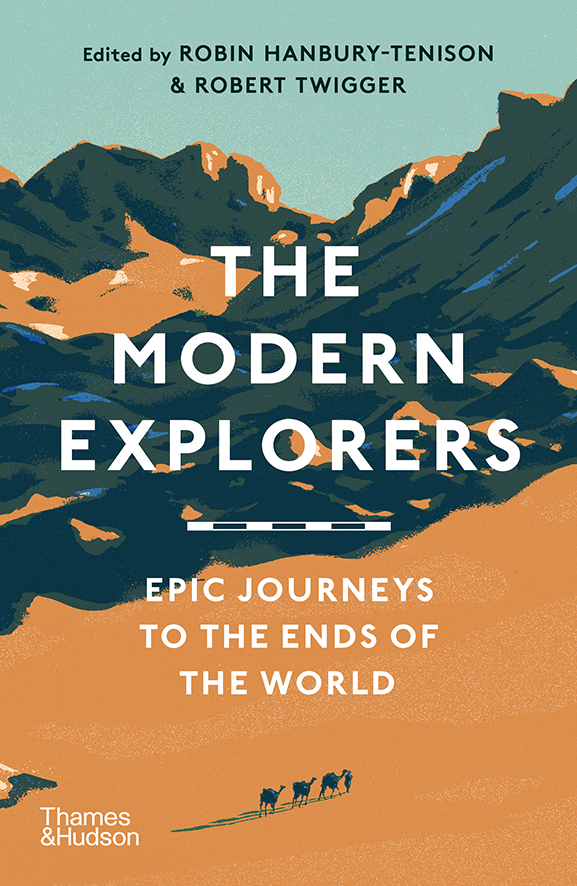 It’s a funny business, exploring. If you think of it in the old-fashioned sense of big expeditions finding places, then it’s pretty much all done, because we now know where everything is and there are very few remaining blanks on the map. But it was never that simple be-cause in the early days, when European explorers arrived somewhere, there were usually indigenous people already living there, and so you could hardly make much of a claim to having ‘discovered’ anything at all. A lot of what we think of as being heroic pathfinding was in fact government-sponsored Empire building, flag planting, resource hunting and sometimes blatant theft. But on the other side of the coin there have always been classic explorers who set off in the pursuit of scientific knowledge, to draw maps or to quench their thirst for adventure.

Even explorers themselves these days struggle to define what ‘exploring’ is, while some think it’s over completely. One of the big names in the field today, Robin Hanbury-Tenison doesn’t think it’s finished at all. But, as he explains (with his co-author Robert Twigger) in his introduction to ‘The Modern Explorers,’ it is different these days. Unlike, say, Captain Cook or Scott of the Antarctic, we’re not pene-trating new territories. But we are finding out more about the world. It’s almost as if now we know where everything is, we’ve decided to work out what it all means. And there are plenty of contempo-rary explorers doing just that by undertaking ever more detailed explorations than their predecessors – quite often in the name of science – into the Polar Regions, deserts, rainforests, oceans, rivers and mountains. Explorers still go to these places, only now we look at them differently.

‘The Modern Explorers’ is a collection of first-hand accounts by the leading names in ‘post-colonial’ exploration, and it is a terrific antidote to all those terrible TV programmes on which mollycoddled presenters boast about how far they’ve travelled without actually doing anything worthwhile. For here we have high adventure of the best quality, counter-balanced by a desire to bring home genuine know-ledge about the world we live in. Inspiring stuff. 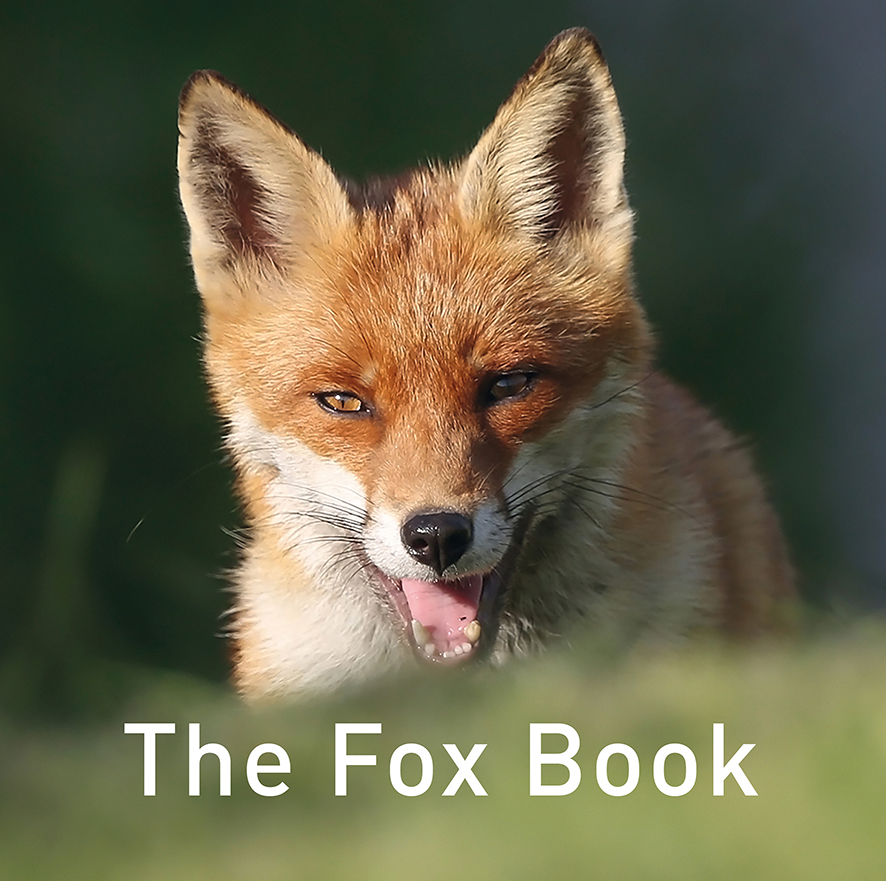 I’ve never understood why foxes are regarded as one of those ‘love them or hate them’ creatures, because there is no logical reason to dislike them. There are plenty of myths about them being evil and sly, and of course, if you’re going to hunt and kill an animal for sport, it’s going to sit better with your barely evolved conscience if you’ve nur-tured a seething hatred for the beast in question. But, as Jane Russ points out in her wonderful ‘The Fox Book,’ the government agency DEFRA can’t find any evidence to sup-port the widely-held assumption that they damage our agriculture, while decades of research at various academic institutions around the country have managed to prove what we already know: urban foxes aren’t pests or ‘vermin’ (they actually keep the rat population down), rarely come into our homes and live peacefully alongside us in their shy and unassuming way. In fact, social research shows that more urban residents than not are tolerant of foxes, while some of us actively encourage and feed them as wildlife pets. But Russ doesn’t just make a case for these animals: she also shows us how lucky we are in the UK to have such a fan-tastic addition to our native wildlife. A member of the dog family and the size of a cat, their unmistake-able burnt orange hue, distinctive brush and friendly, intelligent faces make them a welcome sight (to most) whenever they appear, which in my book isn’t frequently enough. In Russ’s book, they are cele-brated with some top-notch wildlife photography, as well as reproductions of the animal’s depiction in fiction and art, opera and poetry. As always with Graffeg’s wildlife series, ‘The Fox Book’ is a treasure and, coming in at under a tenner, it’s a bargain too. 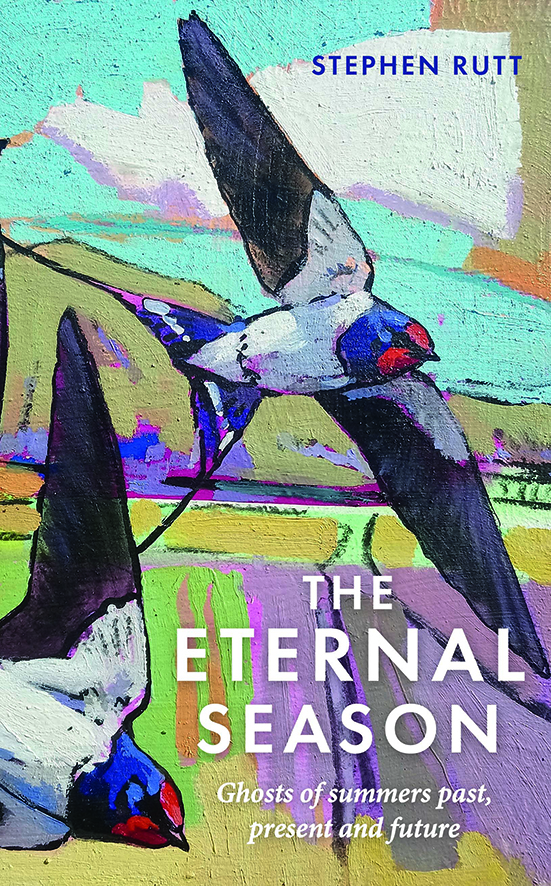 Here at Bay magazine, we’re big fans of Stephen Rutt, a young nature writer still (but only just) in his twenties, who writes deliciously lyrical personal accounts about birdwatching. In 2019 he published both Wintering and The Seafarers, and we gave both the critical thumbs up. But then the year 2020 came along, gripping us in the jaws of the global coronavirus pandemic, confining us all to barracks, while also giving us the opportunity to think about the world around us. Rutt used this time to write another lovely book of his personal experiences with wildlife. The result is ‘The Eternal Season’, a title that recalls Shakespeare’s sonnet ‘Shall I compare thee to a summer’s day?’ in which the Bard uses the imagery of the beauty of ‘eternal’ summer. In something of a contrast, Rutt’s summer was eternal but for another reason: lockdown. Finding himself stuck in rural Bedfordshire, far from his more familiar wild and empty landscapes of Scotland, he started to make notes about the teeming abundance of nature in our hedgerows, that paints a picture of the British summer. And yet in his explorations of the landscapes and wildlife of that long, hot summer, he also began to see disturbances to the rhythms of the natural world. He noticed the wrong birds singing at the wrong time of year. He saw disruptions to habitats and breeding patterns. He started to piece together subtle disruptions created by climate change. He wrote it all down to record a season that seemed to Rutt to be haunted by ecological warnings. 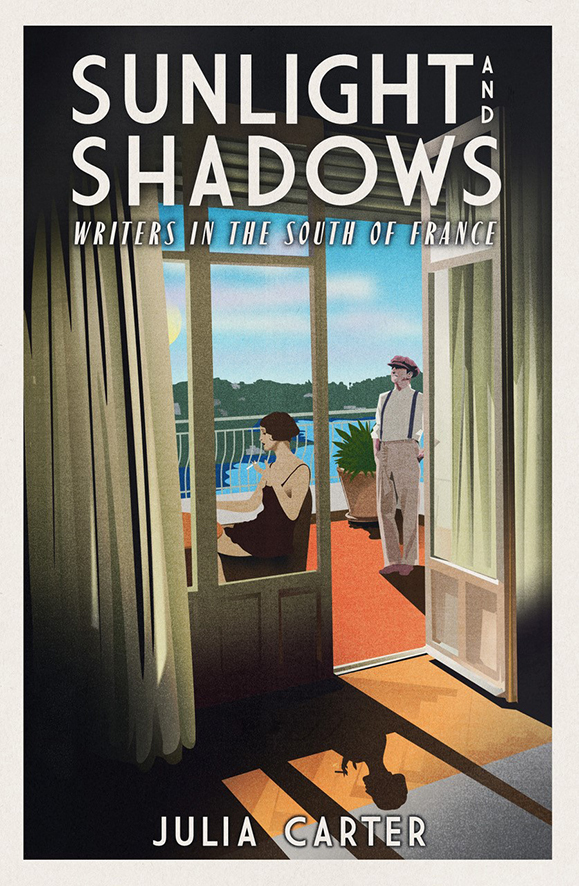 ‘Sunlight and Shadows: Writers in the South of France’ by Julia Carter, Whitefox, £10.99, hb

Here on the Welsh Riviera, it’s sometimes hard to imagine that there’s another stretch of coast almost as famous and glamorous. But of course, there is, and the French Riviera or the Côte d’Azur of the southeast corner of France is the subject of this superb explo-ration of the lives and works of six best-selling 20th century writers who lived and work there, by Francophile Julia Carter. While here in Swansea we have the likes of Dylan Thomas and Kingsley Amis to thank for making our beloved bay their literary base of operations, the French Riviera has Katherine Mansfield, Jean Cocteau, Edith Wharton, Somerset Maugham, F. Scott Fitzgerald and Aldous Huxley. Elevated company indeed.

At first glance, it’s not a coterie that would seem to have much in common in terms of their artistic output, or even reasons for being there, propelled as they were towards the Mediterranean sunshine to restore their health, escape prosecution, doomed love affairs or even addiction. Carter had hoped while writing ‘Sunlight and Shadows’ to concentrate on writing about the Riviera but was disappointed to find that these great writers of their age in fact wrote very little of a place that had so stimulated the imaginations of painters such as Paul Cézanne, Vincent Van Gogh and Pierre-Auguste Renoir. And yet she was reassured to find that in this ‘haven of sunlight and beauty’ they had all managed to produce masterpieces in the form of Mansfield’s Prelude, Cocteau’s La Belle et la Bête, Wharton’s The Age of Innocence, Fitzgerald’s Tender is the Night, Maugham’s Cakes and Ale and Huxley’s Brave New World. A literary gem.