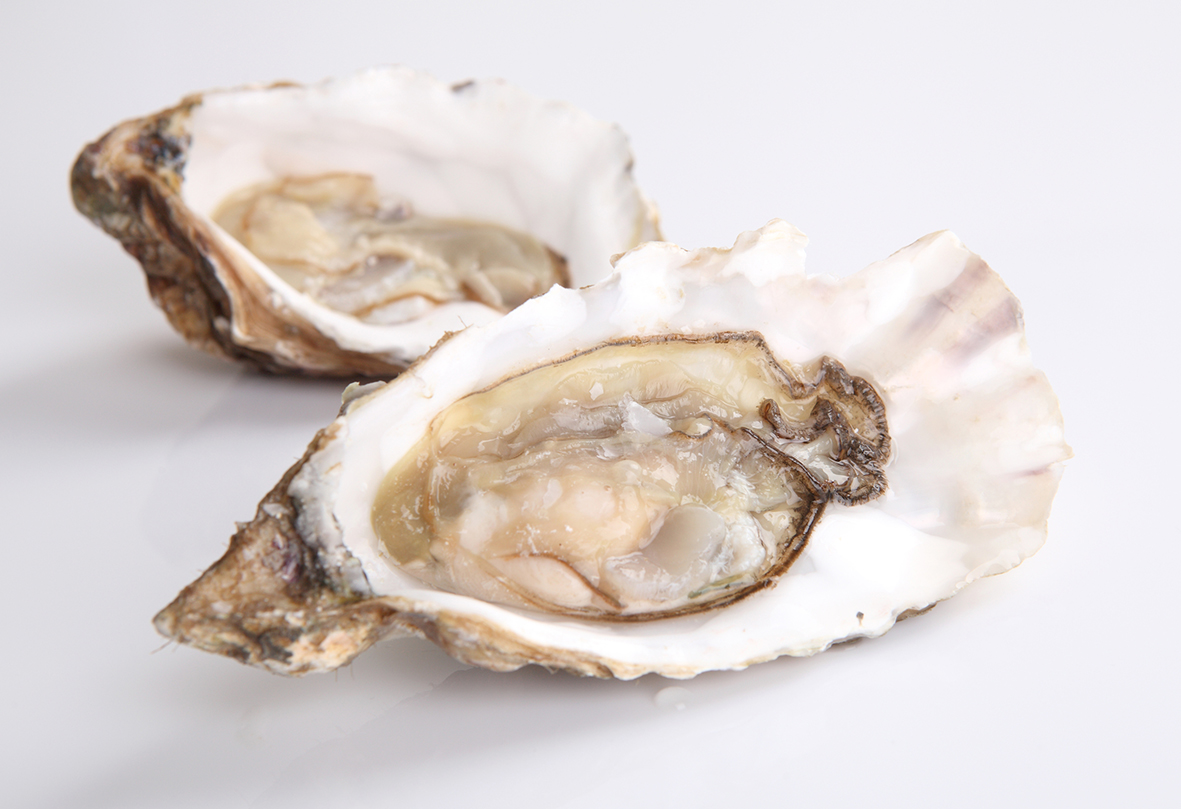 Situated in Oystermouth is All Saints Church (pic right), the largest medieval church in the area. There has been a church on this site since the original was built in 1141. 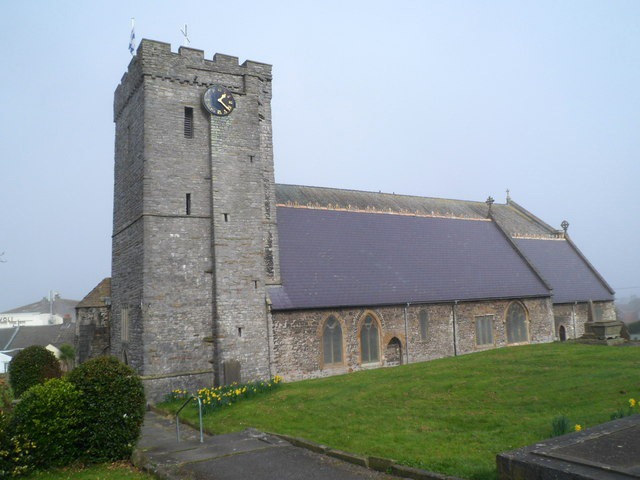 The church at that time consisted of a nave and a lower chancel. During the 19th century a porch was constructed on the northern side, with further construction being carried out in 1873, with the addition of an organ chamber, designed by architect Richard Kyrke Penson. During the First World War years, All Saints Church was reconstructed; a new nave and chancel were added in 1915.

A century passed before further construction was carried out when in 2017, an additional porch was constructed. During the works, Glamorgan-Gwent Archaeological Trust excavated the land and discovered a complete skeleton and the remains of a further 13 bodies. 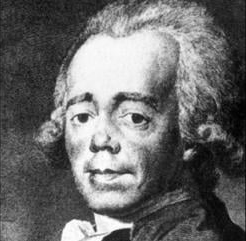 The remains were thought to have been from the Roman period, and were finally laid to rest in the churchyard, in a specially made casket.

Also buried there is Dr Thomas Bowdler (pic left) (1754 – 1825), the man who Bowdlerised Shakespeare, taking out all the rude words. Also, William Jenkins (1847 – 1883), crew member of the Mumbles lifeboat who perished during Mumbles Lifeboat Disaster, 1883

In the 1870s, the “Bells of Santiago” were installed in the Bell Tower. The bells (pic right) survived the devasting fire of Jesus Church de la Campana, in Santiago, Chile, in December 1863, that claimed over 2,000 lives. The bells were sold for scrap and purchased by Graham Vivian, who shipped them back to Swansea.  Initially they were meant to be installed at Clyne Chapel but in 1964, the bells were taken down as they the tower couldn’t support their weight. Finally, in 2010 the bells were gifted back to the people of Chile.

Returning to the Romans; what else did they introduce to the UK along with censuses, straight roads, public libraries and the police? It is thought that they introduced the delicacy of oysters. Oyster farming was first practised by the Romans as early as the 1st century. As the Romans conquered new territories, oyster beds were created and established around the British coast, the oysters were then exported to Rome. With the fall of the Roman Empire, oysters lost favour as a delicacy, but in the 11th Century, the Normans revived the Roman practise. 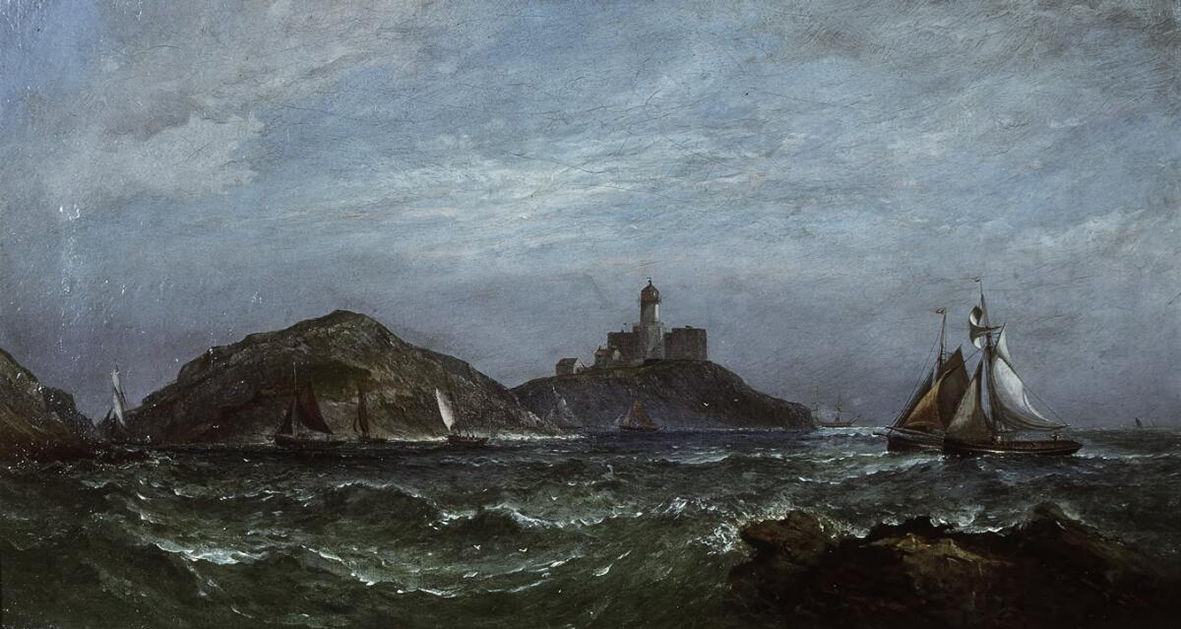 A painting from the National Library of Wales titled: “Oyster boats at the Mumbles” 1870 painting by James Harris

During the Middle Ages, the Church introduced and imposed days where only fish could be eaten. By the reign of Elizabeth I, oyster beds were established in South Wales, with two of the most important beds located in Swansea Bay and Port Eynon. 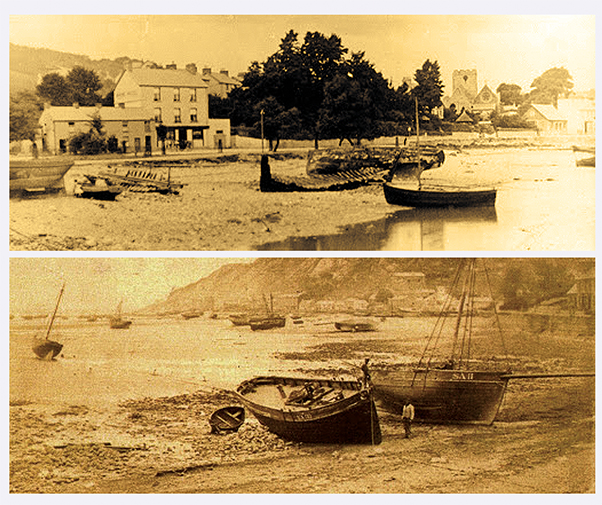 The importance of the oyster bed, located at Oystermouth, was described by the first Duke of Beaufort, Henry Somerset, as the most prolific in the British Isles, in 1684. During the Renaissance period, oysters were popular with the wealthy, but it was on the backs of the working population, working long and back breaking hours to harvest and gather the oysters. 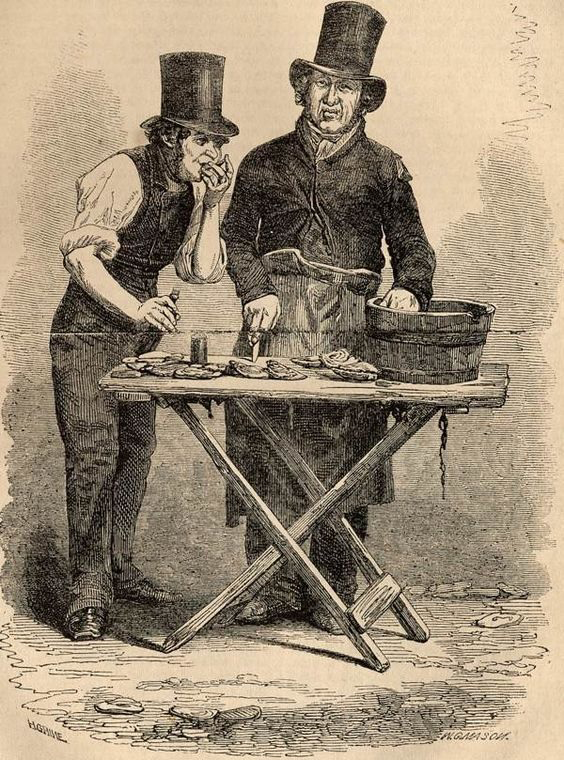 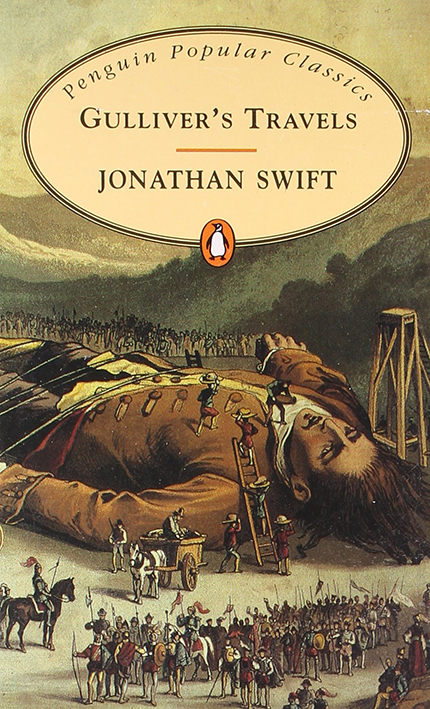 Writers have used oysters as a subject matter in their novels. Jonathan Swift, in “Gulliver’s Travels” (right), 1726, describes his protagonist Lemuel Gulliver, who after being shipwrecked and washed up in the country of Lilliput, was taken prisoner by the local 6-inch-tall inhabitants. Gulliver scavenged for oysters, eating them raw.

A century later Charles Dickens featured oysters in his debut novel “The Pickwick Papers”, 1836, when cockney Sam Weller states “Poverty and oysters always seem to go together……..”. In “A Christmas Carol”, 1843, Dickens describes Scrooge as “Solitary as an oyster……”

During the Victorian Period, what was previously a luxury for the wealthy, became available for the poor to enjoy. Oysters were dredged in vast quantities and with the advancement of the railways, could be transported easily to all parts of the country.

Locally, at the height of the oyster trade, oyster dredging was the focus of village life in Oystermouth, where up to 200 oyster sketches landed over 9 million oysters, peaking during 1871 with 18 million brought ashore. The Mumbles Railway also played a critical part with transportation of these oysters.  The 1890s saw the introduction in Mumbles of the Carpetbag Steak, a steak that is stuffed with an oyster.

The annual Oyster Fair was held in Oystermouth and started the oyster season in September. Sadly, during the late 19th and early 20th centuries, the oyster population was in decline, and during the 1920s, a disease, resulted in wiping out all oyster beds both here in the UK and in Europe.

So, what does the future hold for the oyster? The Mumbles Oyster Company was established to restore the native oyster to Mumbles. They have established a 35 hectare oyster farm off the coast of Mumbles in an area of derelict oyster beds close to the pier and lifeboat station. www.mumblesoystercompany.co.uk

If you had an ancestor who fished for oysters, please drop me a line. 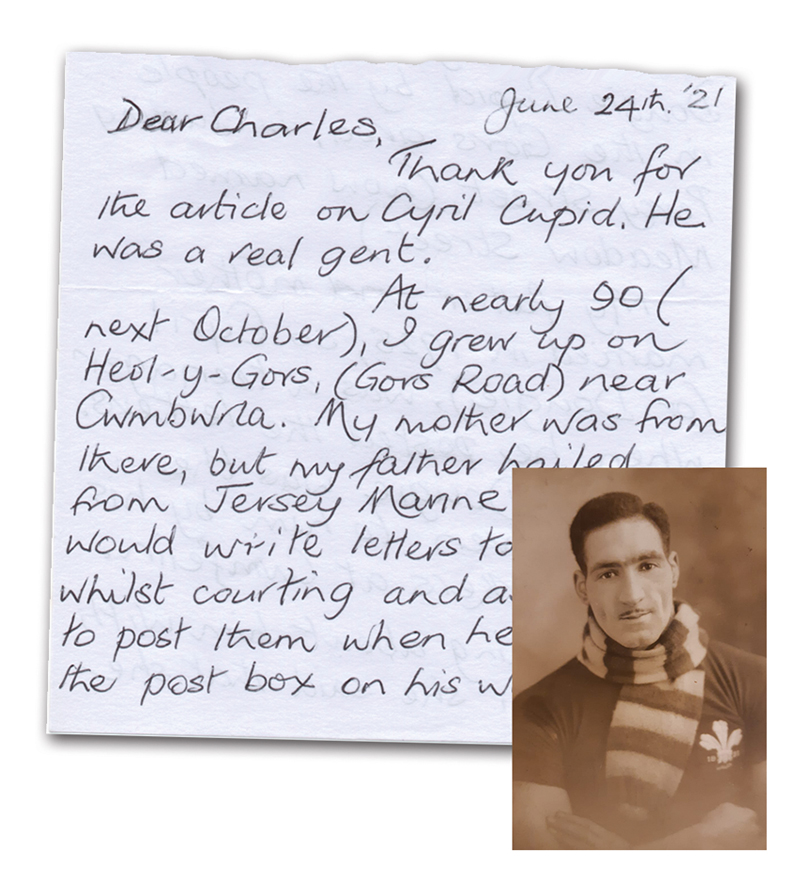 Many thanks to Mansel Lovering, who wrote me a letter, in regard to the article ‘Games and Names’ in the June issue of Bay. He knew Cyril Cupid and had fond memories of him and his family. Here’s an extract from his letter:

Thank you for the article on Cyril Cupid.

He was a real gent.

At nearly 90, I grew up on Gors Road near Cwmbwrla. My mother was from there, but my father hailed from Jersey Marine. She would write letters to him whilst courting and ask Cyril to post them when he passed the post box on his way home. He delivered the evening paper to my mother’s home. In those days he was called Dougie Cupid by the people in the Gors area, including Percy Street (now named Meadow Street).

My father and mother married in 1928, so Cyril was a teenager when he posted the letters. Maybe Dougie was the name given to him by his fellow workers at Cwmfelin.

Talking about him to my wife, she said that she had been at school with Cyril’s daughter Coral, having lived new Llwyn Derw on Carmarthen Road.

Dougie Cupid is well remembered by me, and really deserves a finer road to be named after him.