This month we take a stroll down advertising memory lane, find out about what Mars is really like, tour the great cities of the world in the company of some of our best writers, get to grips with Occam’s razor and work out why some people still think the world is flat… 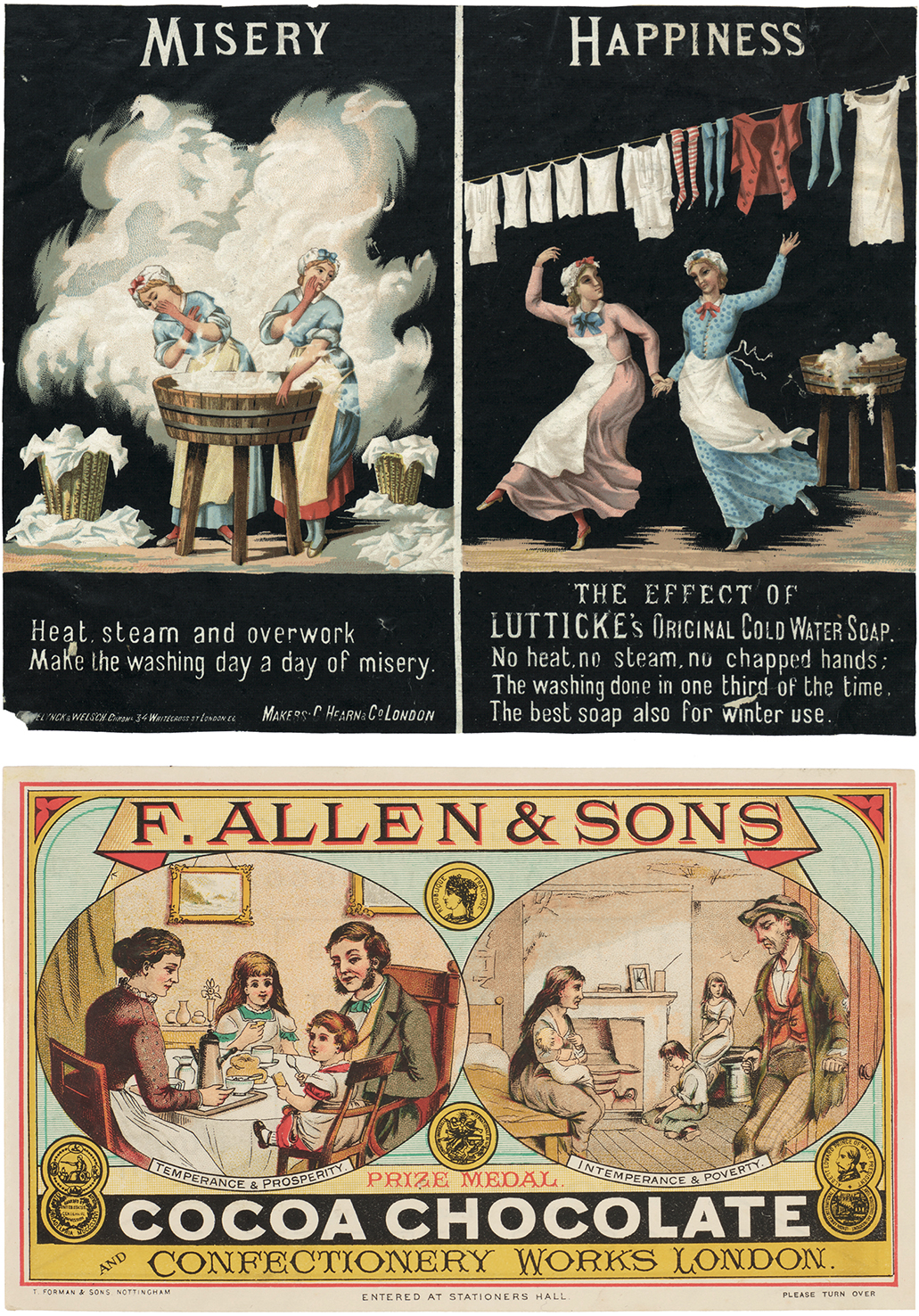 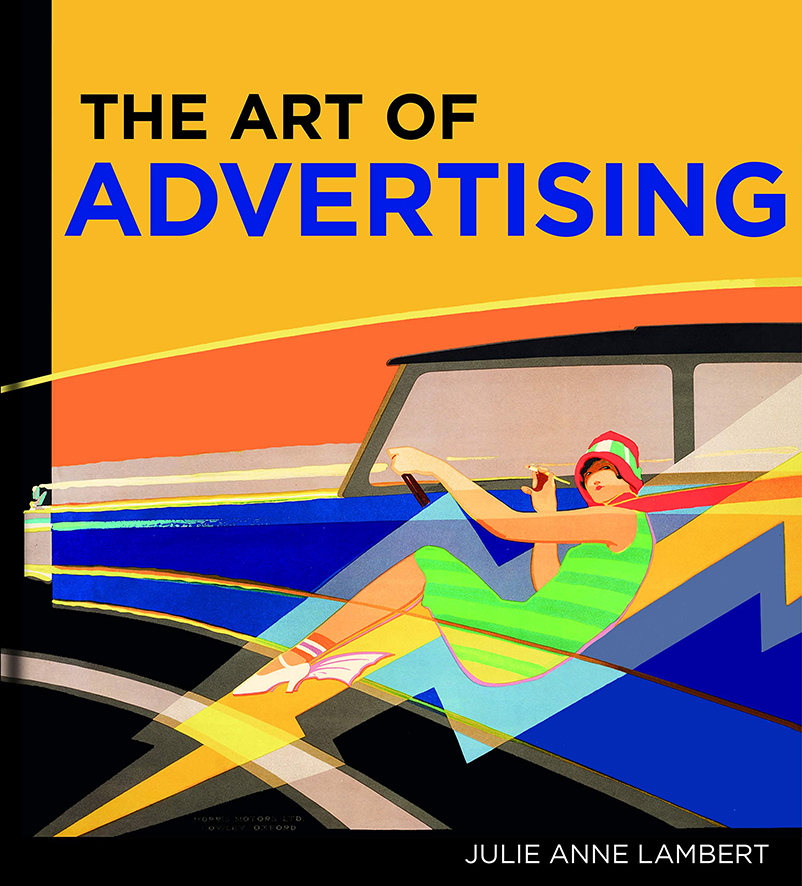 ‘The Art of Advertising’ by Julie Anne Lambert, published by Bodleian Library, £30.00, hb

Although it’s hardly the main purpose of advertising, theway we’re sold stuff tells us lots about the social ambience of the time it comes from. Think of today’s online dynamic marketing that seems so coercive and mercenary in an anxious and frightened post-truth digital world. But there was a time when, as Julie Anne Lambert’s sumptuous The Art of Advertising confirms, advertising was an artform. Her celebration of the medium curated from the John Johnson Collection of Printed 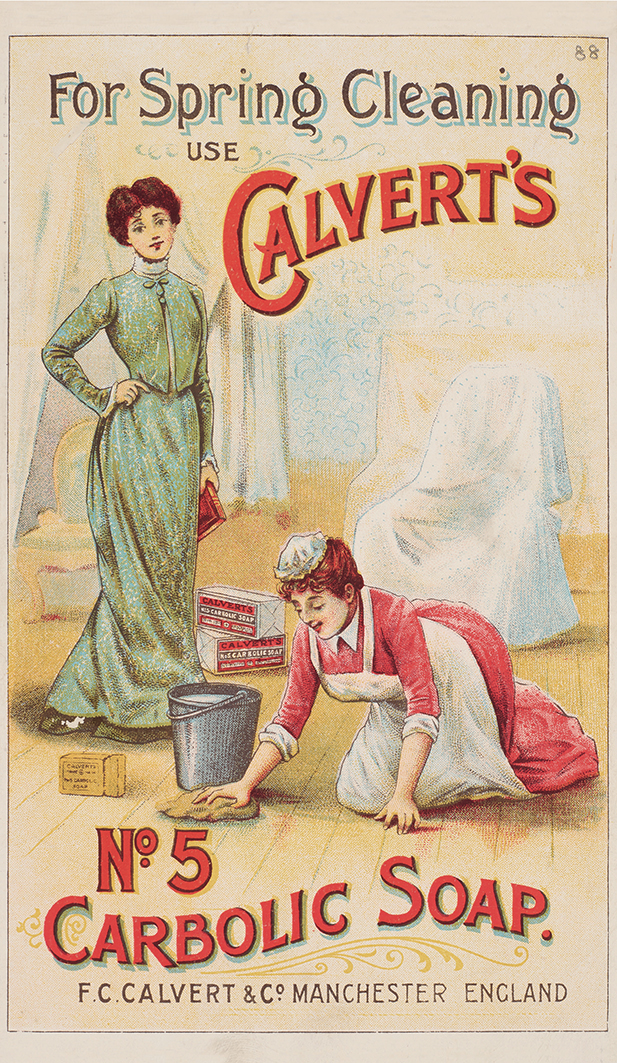 Ephemera takes us back to simpler, less manipulative times. Be under no illusion, the originators of these old handbills, trade cards and other novelties that make up this collection, were hellbent on separating punters from as much cash as they could muster: it’s just that there’s something about these line drawings, cartoons, posters and typographic notices that takes you into the world of creative persuasion, rather than the algorithms of Big Data crunch-ing away, analysing your every move.

From the front cover of The Art of Advertising (which is a glorious 1930s abstract graphic poster representing the Morris-Oxford car), to the back, which presents a range of Derry & Toms poster stamps from just after the First World War, we’re treated to an anthology of commercial art that goes beyond simply in-forming us of what manufacturers wanted us to buy. On the one hand, it takes us into the ana-logue world of printing on paper (that seems so much more sophisticated than those endless pop-ups you get on your screens), while on the other introduces us to the talents of the finest copywriters, typographers and commercial artists of their day (hard to say that about advertising these days.) But more than anything, these artworks are a product of their time, giv-ing us literally graphic insights into the way we lived, our attitudes to health, the role of women and the way Britain saw itself as a nation. 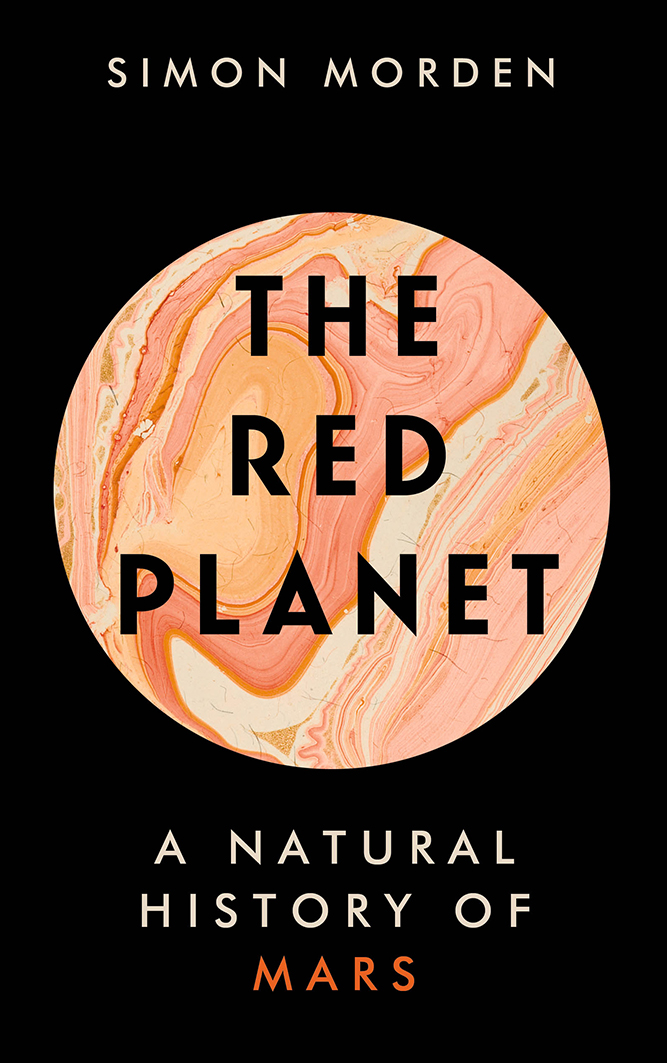 If we ever get our act together and start sending humans into space to explore other planetary bodies, once we get past the Moon, our next stop is inevitably going to be Mars. And there’s no denying that as a species we are absolutely fascinated with the second smallest planet in the Solar System. As you read this, Percy (or the Perseverance Rover) is exploring the Jezero crater on the Martian surface. So what sort of environ-ment have our friends at NASA sent Percy to? Help is at hand in the form of Simon Morden’s superb ‘The Red Planet’, which is a natural history of Mars. And it’s a lovely book, from a writer who as a young man doing his master’s degree in geophysics, unbeknownst to him at the time, once held a mis-categorised sample of Martian rock in his hands.

Leaving the world of academia behind him, Morden became a science fiction writer and even set some of his stories on the Red Planet. But he never forgot his missed appointment with a piece of the planet that became part of him. Three decades later he’s produced a book that (sort of) makes up for the regret he’s felt for most of his adult life. Despite which, his descriptions of this ‘scrapheap of a planet’ are full of joy and wonder as he takes us from its formation billions of years ago, to how modern humans increasingly interact with it by sending more and more probes to explore its surface. Brilliant. 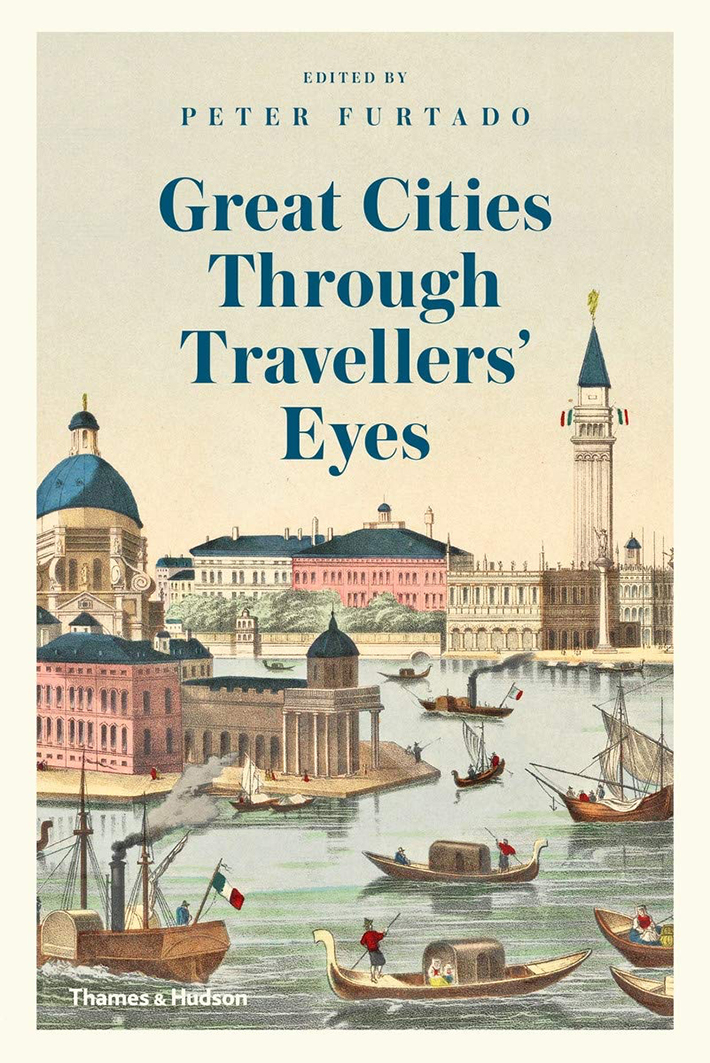 Half of the people on planet Earth live in a city, while the rest of them depend on the city in some way or another. So import-ant is the role of the city to the way we live that the word civilisation actually comes from the Latin for city, civis. If you want to know anything about a nation: it’s people, character, culture, commerce, history… anything at all, go to its cities. But when you do, prepare to form an orderly queue behind the hordes of travel writers who will be poking around jotting down their opinions, experiences and perceptions for anyone back home with a mind to read them. Writers have always written about cities, and Peter Furtado, in his endlessly intriguing anthology Great Cities Through Travellers’ Eyes, has selected some of the very best writing about some of the very best cities, all thirty-eight of them. So, we have the likes of mediaeval explorer Ibn Battuta writing about Istanbul, the distinctly more modern V S Naipaul on Mumbai, the legendary Freya Stark on Damascus and the American wit and journalist Mark Twain on Sydney. You could put together such pairs of quill-wielding worthies with spell-binding metropolises for a long time and still not exhaust the well of great travel literature anthologised here. One of the things I particularly liked about Great Cities is the clever way in which the editor has avoided the temptation to select the more obvious (there are plenty of anthologies that already do that) and opt instead for presenting the reader with the interesting rather than the familiar. Highly recommended. 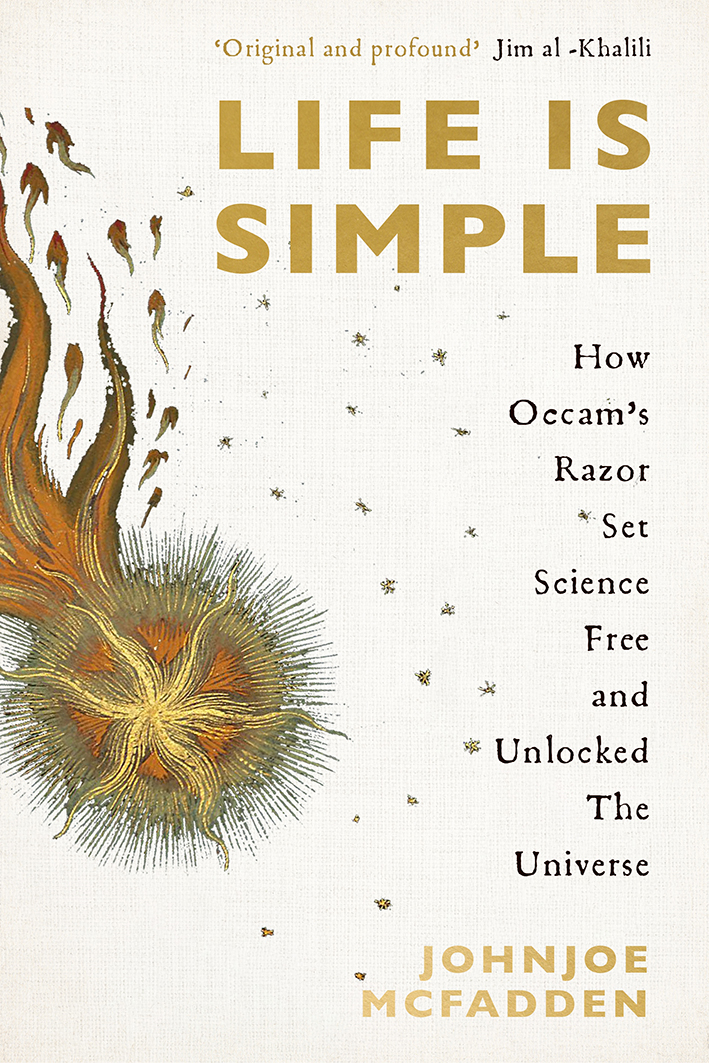 Don’t be put off by the title: ‘Life is Simple’ isn’t one of those dreary self-help books about feng shui, decluttering or making money on the Stock Exchange. Don’t be put off by the book’s subtitle – ‘How Occam’s Razor Set Science Free and Unlocked the Universe’ – either. That’s because in between the publisher’s heavy-handed attempts to lure in readers from both extremes of the science-literate spectrum, here we have an absolute gem of popular science that will hook anyone with even the remotest interest in how we solve scientific problems both great and small. “It is futile to do with more what can be done by less,” wrote William of Ockham, the mediaeval monk that gave his name to the problem-solving principle – Occam’s razor – that, according to Johnjoe McFadden, is as important today as it was when it was invented. Back in the 13th century Occam’s razor metaphorically shaved away the excess of mediaeval metaphysics, theology and mysticism to clear a way for modern science. (For anyone wondering if Occam’s razor has any relation to Gillette’s, it does in the sense that it is a term used in philosophy for removing superfluous stuff.) So revolutionary was his idea that it got William into hot water with the papal authorities, and he stood trial in France on the charge of heresy. His legacy is that we still use his razor, often with-out knowing it: think of all those books ‘for dummies’ and the acronym KISS, that stands for ‘keep it simple, stupid.’ 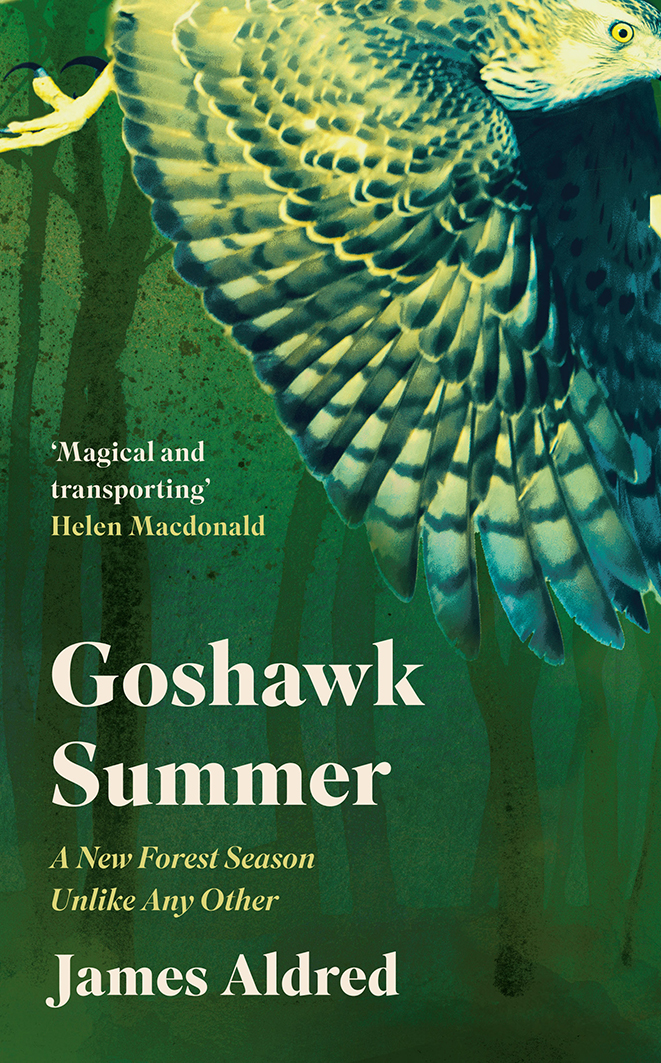 Back in early 2020, when life was how we once remembered it, wildlife cameraman James Aldred was asked to make a film about a family of goshawks – large native birds of prey – that live in the New Forest where he grew up. Eager to get on with making the film, Aldred found a suitable site in which to construct a treetop hide from where he could film the newly hatched chicks in their nest. And it all seemed to be going to plan until lockdown arrived and the world became a smaller, more restricted place. But something remarkable happened: an unintended consequence of the restrictions meant that the noise of the human world abated. Gone were the aero-planes that tore across the skies. Gone were the off-roaders thumping along the forest. Gone were the people in the goshawk woods: except for Aldred, who seemed to have been granted a golden opportunity to get on with his filming commission in peace and quiet. As the New Forest emptied of people, it filled with birdsong and new life.

As spring turned into summer, Aldred kept a diary, the result of which is his quite magical and enchanting ‘Goshawk Summer’, his account of ‘a New Forest season unlike any other.’ While the world at large entered a phase of covid-19 anxiety and inertia, Aldred just kept filming and writing, observing the moonlight, watching the arrival of fox cubs and reaching an understanding of the goshawk: “steel grey, the colour of chainmail. Sharp as a sword. A mediaeval bird for a mediaeval forest.” A wonderful insight into natural history filmmaking. 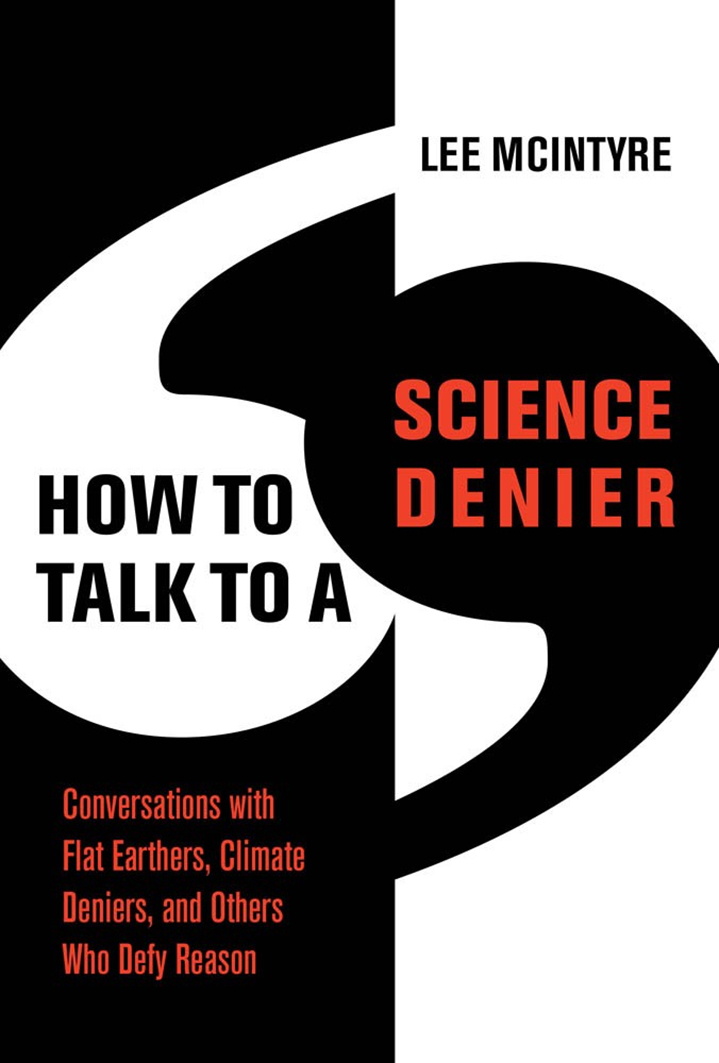 We all know the science denier. They’re the people who think that climate change is a myth, that vaccinations are bad juju or that the Earth is flat. We’re not talking about people with a healthy questioning attitude to what the newspapers are telling us. We’re talking about people who think that the Apollo moon landings were faked, that covid-19 is a Chinese bioweapon or that Colonel Gaddafi kidnapped the Irish racehorse Shergar. And the worst thing about it is that there’s no talking to them. Or is there? In his hypnotically addictive book How to Talk to a Science Denier, American philosopher Lee McIntyre proposes a set of tactics for how we can bring these ‘lunatics’ back in from the fringe. There’s no point in shouting at them, he says, because they kind of want you to do that. And there’s no point in being smug, superior or even for that matter scientific because that just serves to

confirm the irrationality of their belief system. No, says our author, you’ve got to treat them with respect and patience, and in so doing allow them to draw their own conclusions about themselves. To do this, McIntyre infiltrates a ‘Flat Earth’ convention in the US and takes one of the speakers out to dinner, offering to pay for him to fly across Antarctica to prove the world is round. And here starts one of the strangest reading experiences I’ve ever had: strange because characters such as the excruciating-ly uninformed people McIntyre takes seriously should be hilarious, but actually they’re just pathetic in the original meaning of the word, which of course is ‘inspiring pity.’