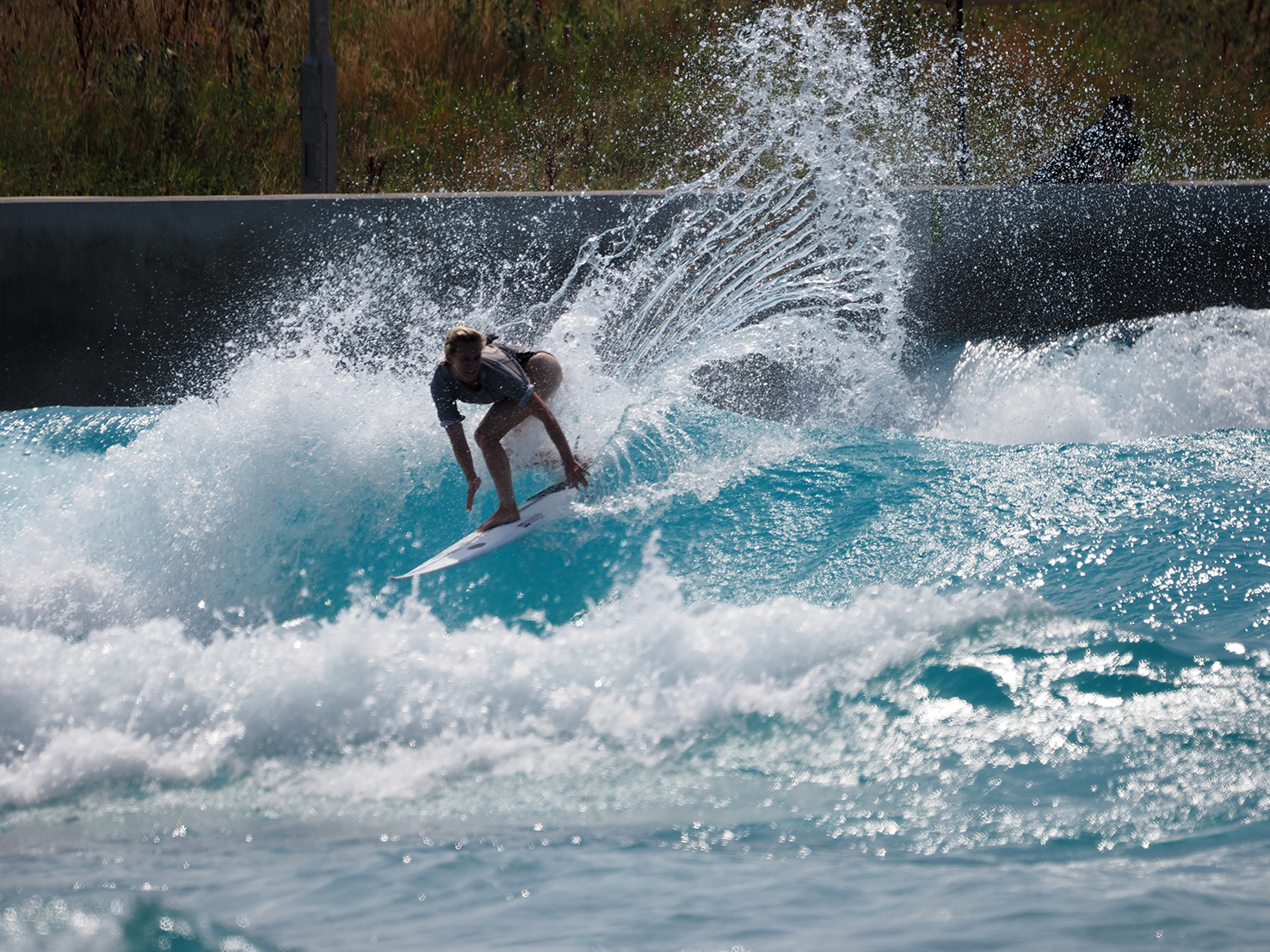 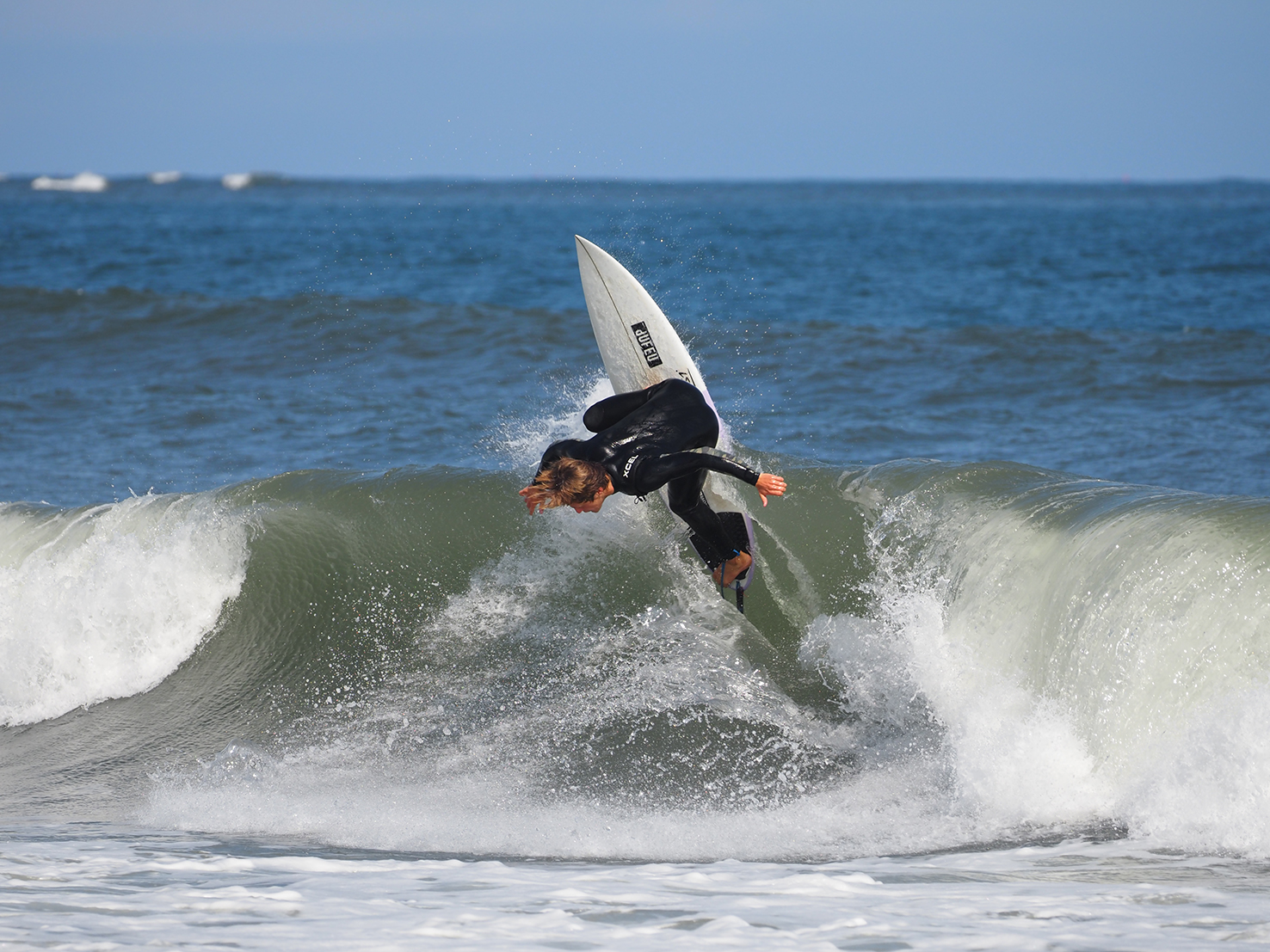 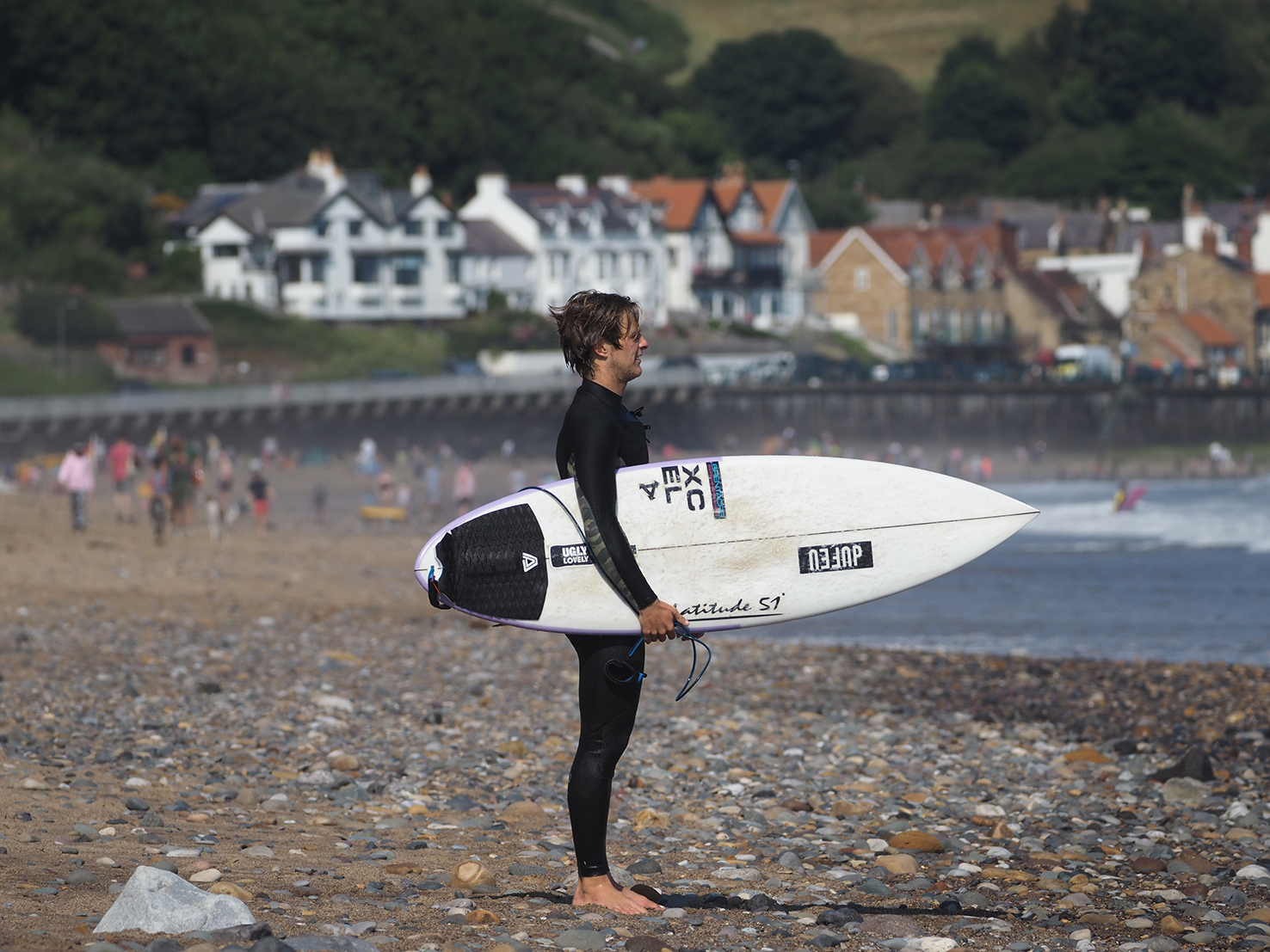 Mental preparation and visualisation is a key part of any young athlete these days. Pic by Guts

As of writing this, Britain’s most prestigious pro surfing event of the year, the Newquay Boardmasters just wrapped up proceedings. With a field of Britain’s most talented surfers all vying for a slice of the £8000 prize purse in both men’s and ladies categories, it was always going to be a hotly contested affair. 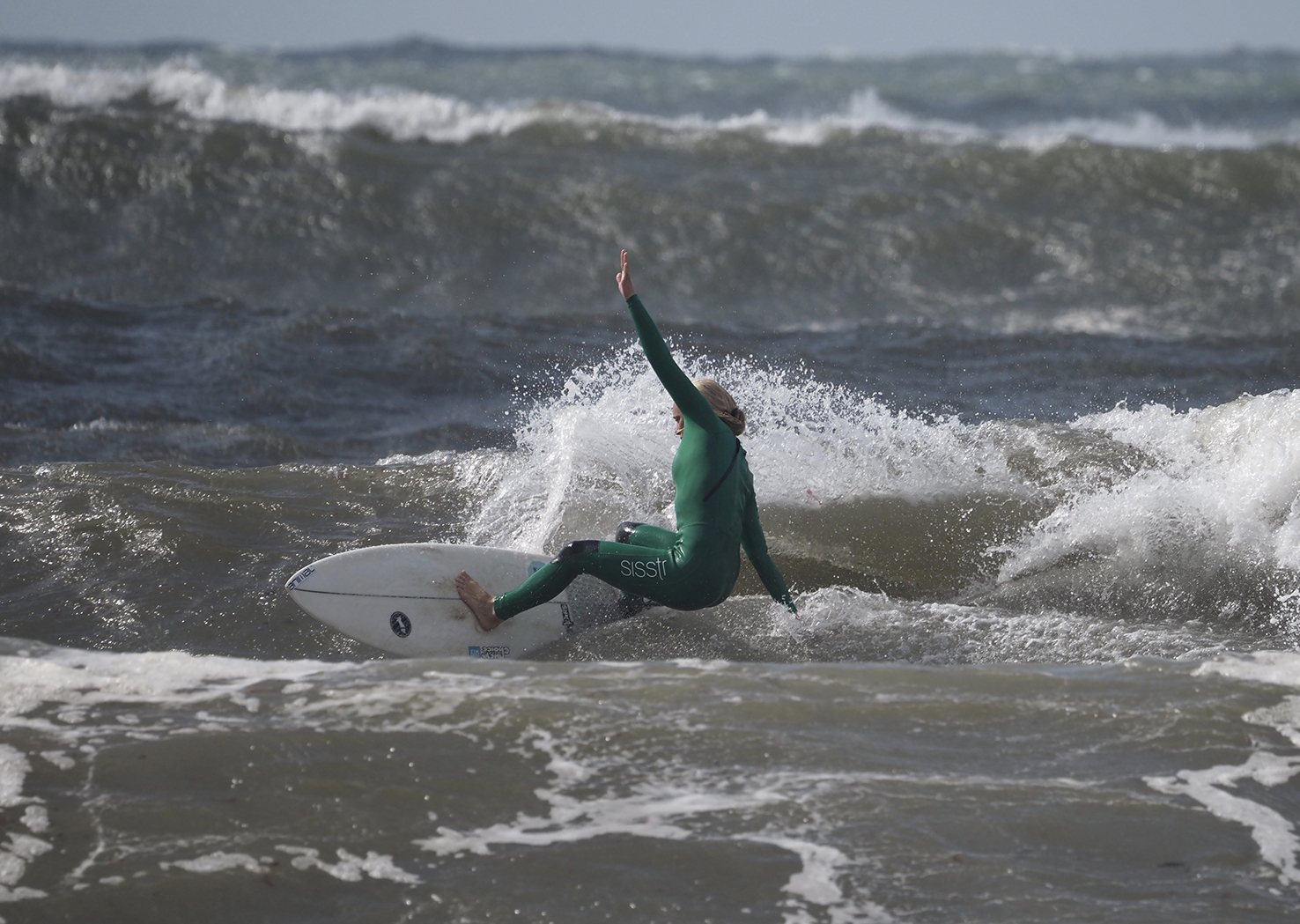 Alys, putting in the work. Langland bay. Pic by Guts

Small contestable waves were on offer for the first few days of the contest, and both Pat and Alys ripped through their respective heats against strong competition, with Pat having the highest heat total on one of the days. Alys was entered in two categories, the under 18 girls and the ladies open pro, so was doing double duty. This didn’t seem to bother her one bit as she tore through the field of competitors, heat after heat.

By day 3, Alys was into the under 18 girls’ final and surfed a blinder to take the title. She could now focus on the much bigger task of the open ladies pro.

Pat too was still in fine form and was putting on a real show as he eased his way into the mens’ final with some solid surfing in tricky conditions as the waves became big and stormy. Alys seemed to be on another level as she won each heat on the road to another finals berth in the ladies open.

Pat’s run of good form had him as one of the favourites for the final but unfortunately his luck had run out and was knocked down into 4th in the dying minutes, but still a great result to be proud of. 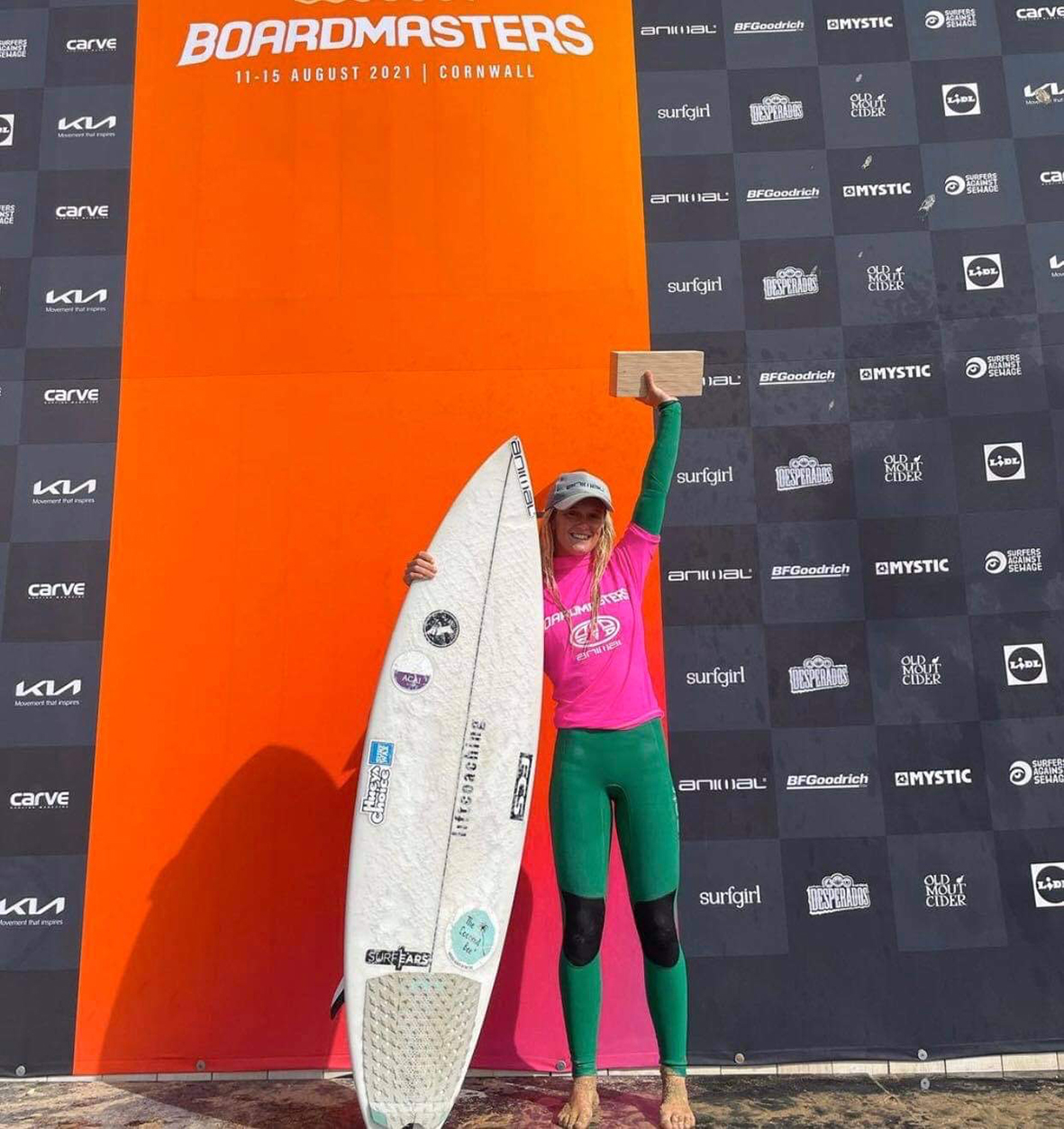 Alys was eying up the double champ status if she could take out her final, and she certainly didn’t disappoint as she stormed to first place with a couple of blistering waves, cementing her dominance over a classy field of competitors.

The Langland young guns did themselves proud. I’ll leave you with a few words from the champ, Alys Barton

“So stoked to win the double on the weekend at Boardmasters, it was such a fun event! I’m really hoping from here I can keep pushing on to the next level. I’m so excited to see where I can take my surfing. A massive thank you to everyone’s support over the weekend and everyone from Langland who has helped push my surfing through the years! Thank you so much guys!”