As we continue to edge closer to normality with more venues taking tenuous steps towards reopening, this September sees Wales’s largest theatrical auditorium fling open its doors to welcome our national opera company back on stage.

For the first time since February 2020, Welsh National Opera will tread the boards of Wales Millennium Centre in Cardiff Bay to present their autumn season, which consists of two of the operatic world’s biggest hitters from Puccini and Rossini. And while the WNO have been keeping themselves busy over the last 18 months – there was the excellent outdoor performances of Alice in Wonderland in Dyffryn Gardens during the summer (thankfully the rain held off during my visit!), and the online 75th birthday celebration videos, including a wonderful rendition of the Easter Hymn – this is the first time we’ll have seen anything resembling a full operatic performance since the lockdowns began. 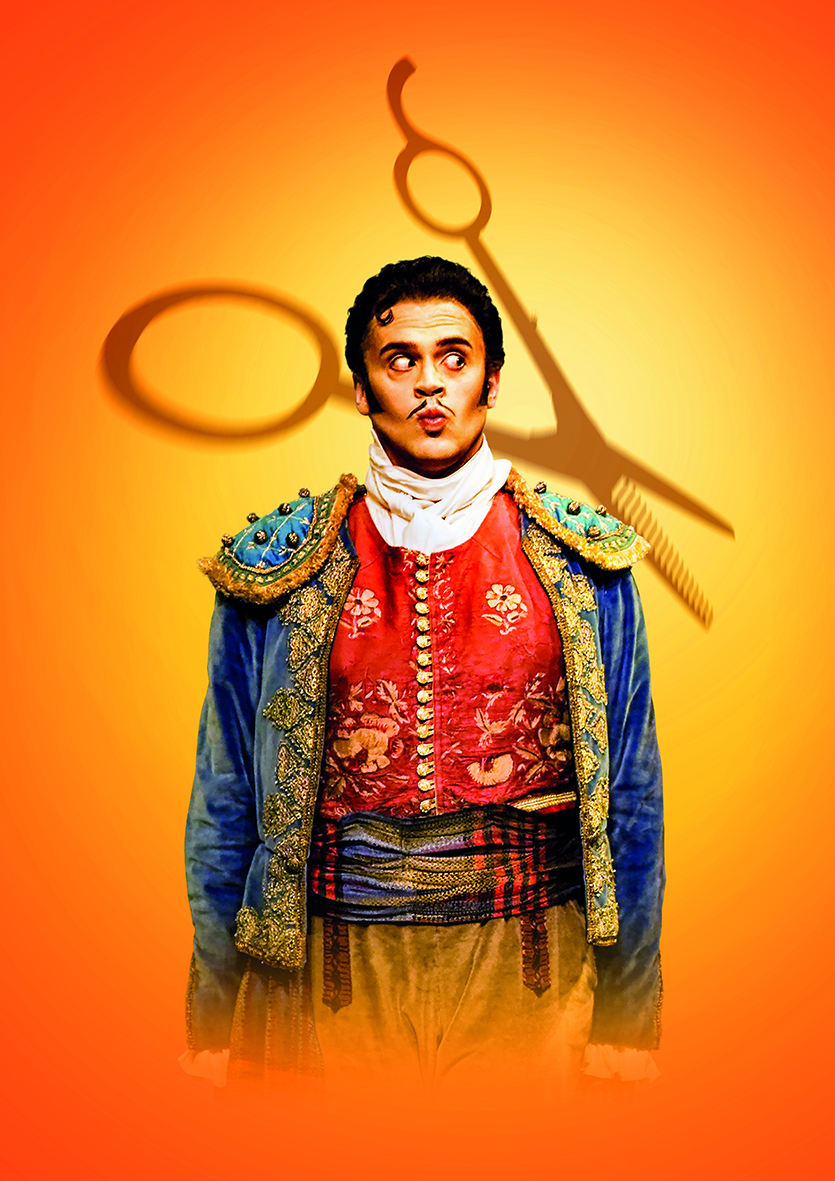 First up is a revival of sun-soaked comedy The Barber of Seville, (right) which marks the 35th anniversary of Giles Havergal’s much-loved production which premiered back in 1986. Conducted by WNO Music Director Tomáš Hanus, it sees Nicholas Lester return to the WNO as Rossini’s charismatic barber with the tongue-twisting pat-ter songs who aims to help the count win the hand of his off-limits beloved. It will also see Andrew Shore return as Dr Bartolo.

More of an unknown quantity will be a new production of perennial weepie Madam Butterfly from Australian director Lindy Hume. A very welcome surprise under the circumstances – one assumes that staging a revival right now will be challenging enough, never mind a new production – it promises to remain true to Puccini’s original vision while putting its own stamp on the familiar tale with a staging set in a “dystopian future where love is a commodity.”

Conducted by WNO Conductor Laureate Carlo Rizzi, he says: “The story, the drama and the characters of Madam Butterfly come to life through Puccini’s music so honest, unequivocal and clear. This is why this piece will always feel modern and relevant to me and this is why it has endured the test of time. I believe that this opera and particularly Cio-Cio San with her strong and complex character speaks very specifically to each new generation of opera-goer. The magic of Puccini guides us as we enter the world, the emotions and the feelings of a woman alone against everybody but that stands by the choices that she has made for love. It is this magic, that I hope to share with the WNO audience”.

In other news, the WNO Orchestra will be back on the road in January 2022 for some celebratory New Year’s tunes which, as anyone who caught the last tour which included a stop at Swansea University’s Bay Campus will know, is the ideal way to welcome in the New Year – dates and venues TBC.

The WNO Autumn Season at Wales Millennium Centre, Cardiff Bay, opens on Thursday, September 9 with The Barber of Seville, and runs on various dates until Saturday, October 2. 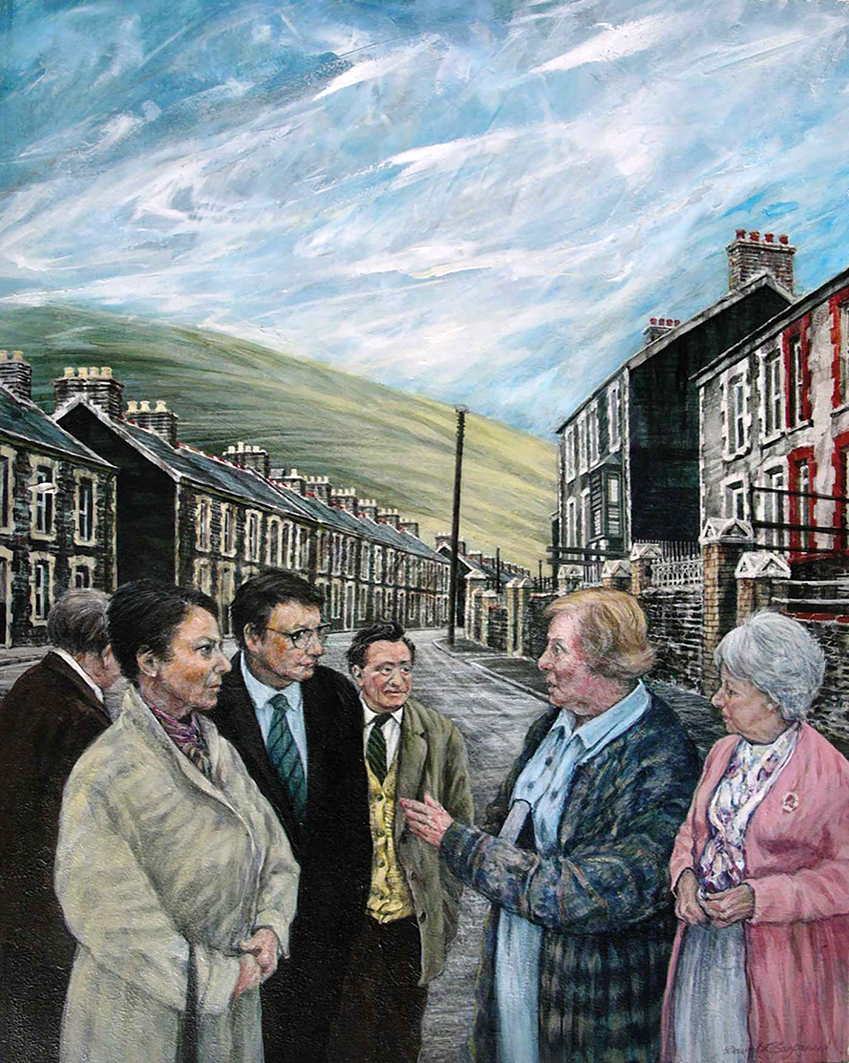 Born in the Afan Valley, which has proven to be a constant source of inspiration for Carpanini, there will be more than 60 of his works on display ranging from the character-filled streets of south Wales to the wind-swept landscapes from warmer climes.

The annual Open Doors initiative, a national celebration of architecture and heritage, returns to Wales this September. The month-long event sees historical buildings throw open their doors to the public for a behind-the-scenes look, and venues range from well-known land-marks to more hidden gems which are usually off limits. 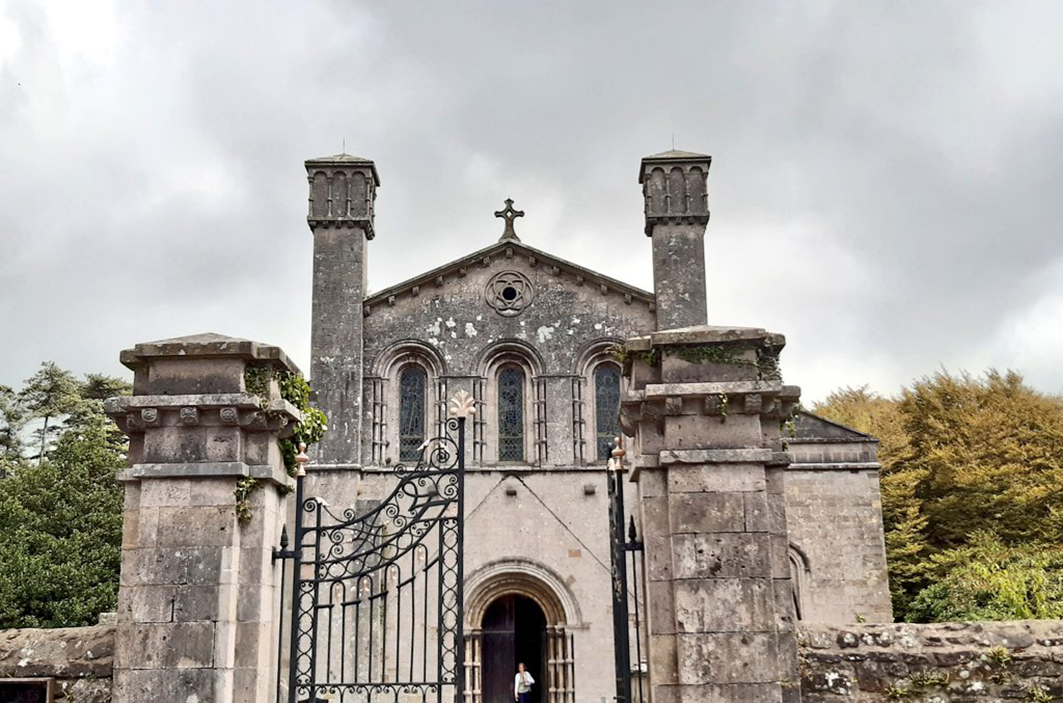 One such local beauty spot making the most of the opportunity is Margam Abbey in Port Talbot, which will be offering a “horrible histories”-style look at abbey life, from the arrival of plague to the Dissolution of the Monasteries, using theatrical performances which aim to both educate and entertain.

The abbey’s Open Doors event is free to enter and takes place between 11.30am and 4pm on Saturday, September 4, with potentially more dates to be added – keep an eye on the CADW website for updates and other venues as they join in. The abbey, which is open most days of the week, can be found next to Margam Country Park, and can be accessed by road by taking the turning just before arriving at the park. For those looking to make a day of it, it can also be accessed on foot via the park itself where the Gothic splendour of Margam Castle and the vast deer-filled grounds can also be explored.