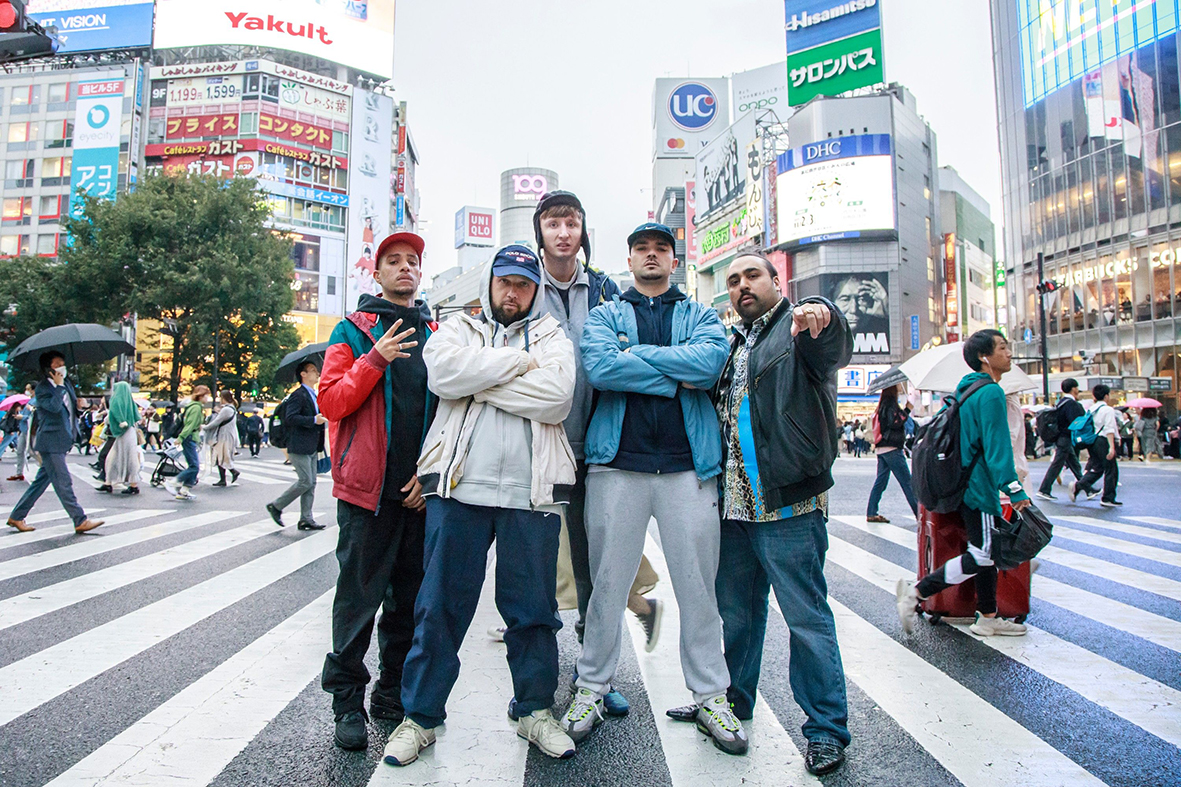 Now that cinemas are open for business, what better genre of film to go to see than a comedy – we could all do with some light relief. Emlyn’s choice for this month fits the bill perfectly, with this mockumentary British comedy.

Full disclosure: this review is from the perspective of someone who hadn’t seen any of the original People Just Do Nothing tv series prior to watching the film. But luckily, it passes the Downton Abbey test in that regard, as that was another one that worked perfectly well on its own even if you couldn’t have named a single character from it with a gun to your head before the screening. Big In Japan succeeds similarly in that fans of the show will doubtless get more out of it, but newcomers shouldn’t feel put off by any means.

We follow the adventures of the Kurupt FM crew, who used to run the biggest pirate radio station in Brentford (also the only pirate radio station in Brentford) and have since gone their separate ways. But when erstwhile manager Chabuddy G learns that one of their tracks has been used on a hugely popular Japanese game show, he sets out to reunite MC Grindah, DJ Beats, Steves and Decoy to head out to Tokyo and claim the fame and success that surely awaits.

The granddaddy of all music mockumentaries, This Is Spinal Tap, ended with the band having a sudden, unexpected hit in Japan, and given that People Just Do Nothing: Big In Japan shares the mock-doc format it wouldn’t be surprising to learn that it was a deliberate nod to one of the funniest movies ever made. It’s a bold film to invite comparison to, but it’s also hard not to admire the chutzpah. And while Big In Japan isn’t as good as Spinal Tap – and to be fair, what is? – it’s a worthy addition to the genre nonetheless, often playing out like a less demented, garage-centric answer to the criminally underseen Popstar: Never Stop Never Stopping.

Just like in Tap or Popstar, the characters are idiots to a man, and that’s where most of the comedy comes from. Strangers in a strange land with absolutely no clue how to function there – one of them comments that the street signs “would be a lot easier to read if they were in English” – most of the film’s laughs, and there are plenty, come from simply watching these generally well-meaning but none too bright people trying to get by. Grindah’s baseless belief in his own genius, Chabuddy’s utter delusion combined with unflappable optimism, and Steves’s ambition to spend as much time as possible taking as many drugs as possible, are all thoroughly entertaining, and the contrast between them and their much more professional Japanese business associates is always good for a laugh.

As is perhaps to be expected, plot isn’t really a priority here, with the vast majority of the humour coming from the characters. There is a villain of sorts in the group’s new manager Taka, whose new vision for Kurupt FM clashes with their own and threatens to pull the group apart, which again recalls the tensions among the members of Spinal Tap or the Style Boyz. The subplots are often funnier owing to the lower stakes – Steves strikes up an inexplicable but oddly sweet romance with Miki, their new fixer, who he initially just wants to find drugs for him. Perhaps the standout is Chabuddy’s side story after being pushed aside by Taka, trying to get revenge and work his way back into the group in spectacularly inept fashion.

We could have done with more of this sort of thing, to be honest, and you get the impression that there was a lot of additional material filmed and cut out. But to be fair, that probably does work to Big In Japan’s favour overall, because this kind of film really can’t sustain a running time of much more than 90 minutes. Luckily, all involved clearly know that, and keep things brisk and to the point even when the plot and subplots begin to feel a little shaggy, which may well have been by design given the characters. It’s very daft and silly, but unabashedly so, and it’s silly without ever being stupid; dumb characters need clever writing to keep them endearing, and that’s certainly the case here. At the end of the day, all a film like this really needs to do is make you laugh, and People Just Do Nothing: Big In Japan more than delivers on that front.