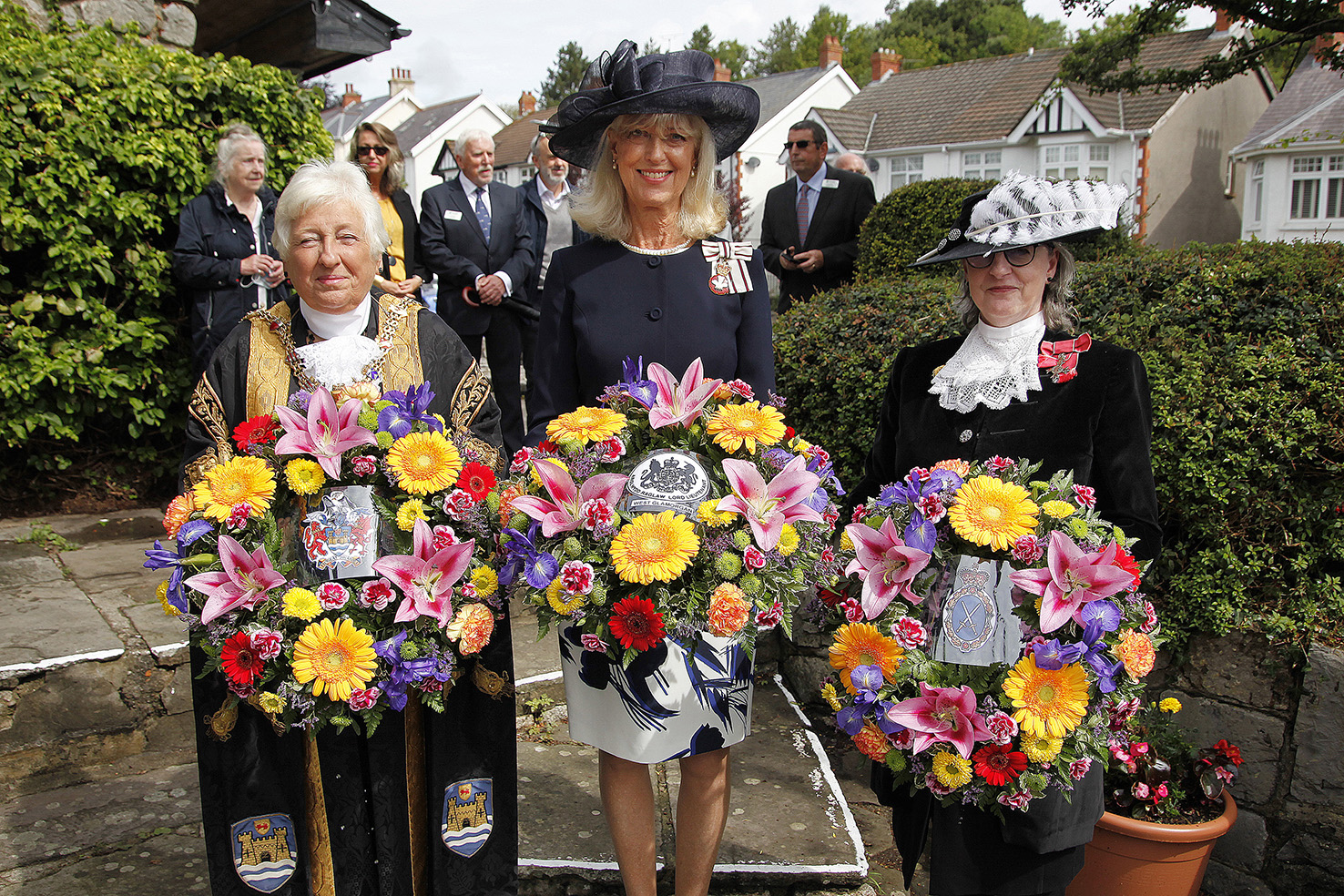 Next year we will see a historic milestone when Her Majesty The Queen celebrates her Platinum Jubilee. The nation will enjoy a bank holiday weekend of celebrations between the 2nd and 5th of June 2022 and planning is well underway.

Louise’s appointment in 2020 was a historic event in West Glamorgan’s history in that she became the first woman to take up the position which is bestowed directly by The Queen.  Louise is one of eight Lord-Lieutenants in Wales and there are 94 Lord-Lieutenants across the UK.  The role is non-political, independent and unpaid.

The Office of Lord Lieutenant is military in origin dating back to the 13th century when they were commissioned by the King on an ad hoc basis, to raise troops for overseas wars.  The role was more firmly established by the Tudor monarchs and Henry VIII in particular when he gave Lord-Lieutenants responsibility for maintaining order and for all military measures necessary locally for defence. It was not until 1921 that Lord-Lieutenants finally lost the power to call all able-bodied men to arms. The traditional links with the armed forces have been preserved through the association of the Lord-Lieutenant with the Reserve Forces and their links with the military, which then led to connections with other uniformed organisations such as the police, fire and ambulance services and voluntary bodies, such as the St John Ambulance and the Red Cross.

The role of the Lord-Lieutenant today is very much focused on local leadership and community engagement but the first and foremost duty is to uphold the dignity of the Crown. A Lord-Lieutenant has wide discretion in how they carry out their duties and tasks and there are a number of import-ant duties that a Lord-Lieutenant is expected to carry out.

To arrange visits by members of the Royal Family, and to escort Royal visitors. To represent Her Majesty The Queen, including duties with the Armed Forces and presenting certain honours, medals and awards.

To liaise with local units of Royal Navy, Army, RAF, the Reserve Forces and their associated Cadet Forces and the cadet forces of other uniformed organisations.

To attend ceremonial, military and wreath laying ceremonies on behalf of Her Majesty The Queen.

As Keeper of the Rolls to keep records of local lay magistrates.

To actively engage in the business, civic and social life in the County and the voluntary sector.

A Lord-Lieutenant is often invited to become President or Patron of local organizations.

Louise is a former High Sheriff of West Glamorgan (2017 – 2018) and has lived in Sketty for more than 40 years. A serving magistrate on the West Glamorgan Bench (appointed in 1993) she has undertaken a number of magistrates’ roles including Deputy Chairman of the Bench and Chairman of the Family Panel. She has worked for Swansea University, the City & County of Swansea, and the Wales Audit Office, retiring in 2018.

The Lord-Lieutenant can be contacted on e-mail at lordlieutenantwg@gmail.com and she can be followed on Twitter @WestGlamorganLL

Another duty of the Lord Lieutenant is to recommend the annual appointment of the High Sheriff of West Glamorgan who this year is Mrs. Joanna Jenkins MBE JP DL who was appointed in March.

There is a High Sheriff representing every county in England and Wales, and their history and tradition goes back before the Norman Conquest. The Office is the oldest Royal appointment. The modern-day High Sheriff has a very different role and function from that of his or her ancient ancestors, but none the less plays an important role in our 21st century society.

While the duties of the role have evolved over time, supporting The Crown and the judiciary remain central elements of the role today. In addition, High Sheriffs actively lend support and encouragement to crime prevention agencies, the emergency services, and to the voluntary sector. Joanna, who read law at the University of Wales Aberystwyth, has a long-standing background in criminal justice, youth justice, prisons, probation, and rehabilitation.

She is currently a member of the Crimestoppers Wales’ committee; Vice Chairman of YMCA Neath; and the Lay Member on Neath Port Talbot County Borough Council’s Governance and Audit Committee. She is also a Trustee on the Neath Port Talbot Council for Voluntary Service Board, a role she has held for 10 years.

Joanna’s skills, experience and expertise were recognised in 2007 when she received a Member of the British Empire (MBE) Honour “For Services to the Independent Monitoring Board, H.M. Prison Parc, Bridgend, and to the National Council.” This was further enhanced in 2014 when Her Majesty’s Lord-Lieutenant of West Glamorgan, D. Byron Lewis Esq. appointed her a Deputy Lieutenant of West Glamorgan.

One of Joanna’s main focuses will be supporting charities and other community groups to enable them to raise awareness, educate, and support those more vulnerable members of society. She is particularly keen to support good mental health.