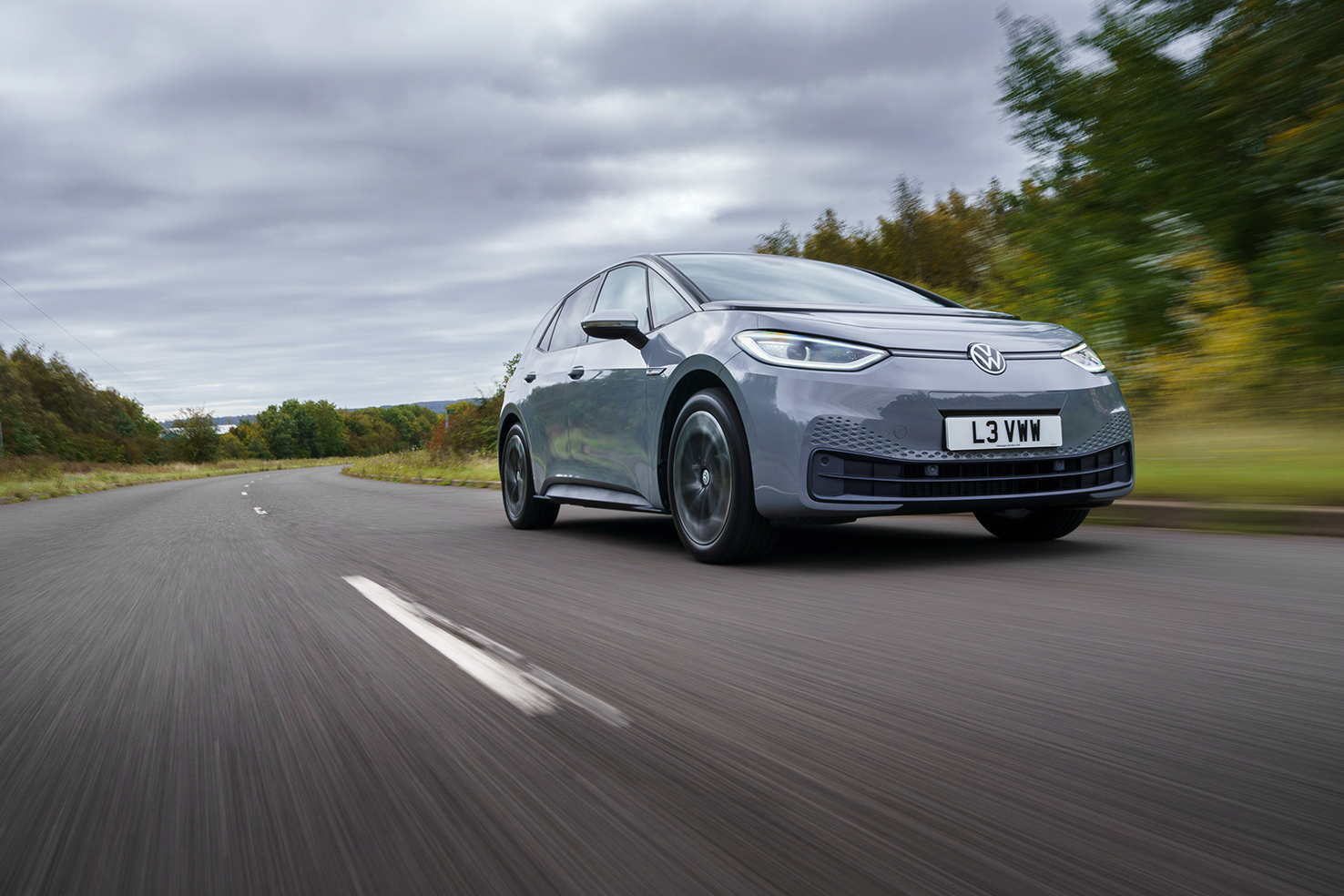 Struggling to find the spark

So, this is it. The Volkswagen ID.3. The new people’s car.

I know, it sounds bold, but honestly that’s how Volkswagen themselves see the ID.3. It represents, they say, the third generation of Volkswagen. Hence the name. ID stands for Intelligent Design, and the 3, for third generation – the Golf being the second, and the Beetle, the car that originally mobilised the masses, being the first. The difference with the ID.3 however, is that it has no engine; there is no internal combustion, inline four, air cooled, or otherwise. Forget Dieselgate. The third generation people’s car is all-electric.

In fact, the ID moniker doesn’t apply to just the ID.3. The keener car spotters amongst you may already be aware of the ID.4, and soon ID badged VWs will become a brand, or at least a sub-brand, in their own right. They’re all set to roll off a production line that promises to be completely carbon neutral and relies solely on renewable energy sources. 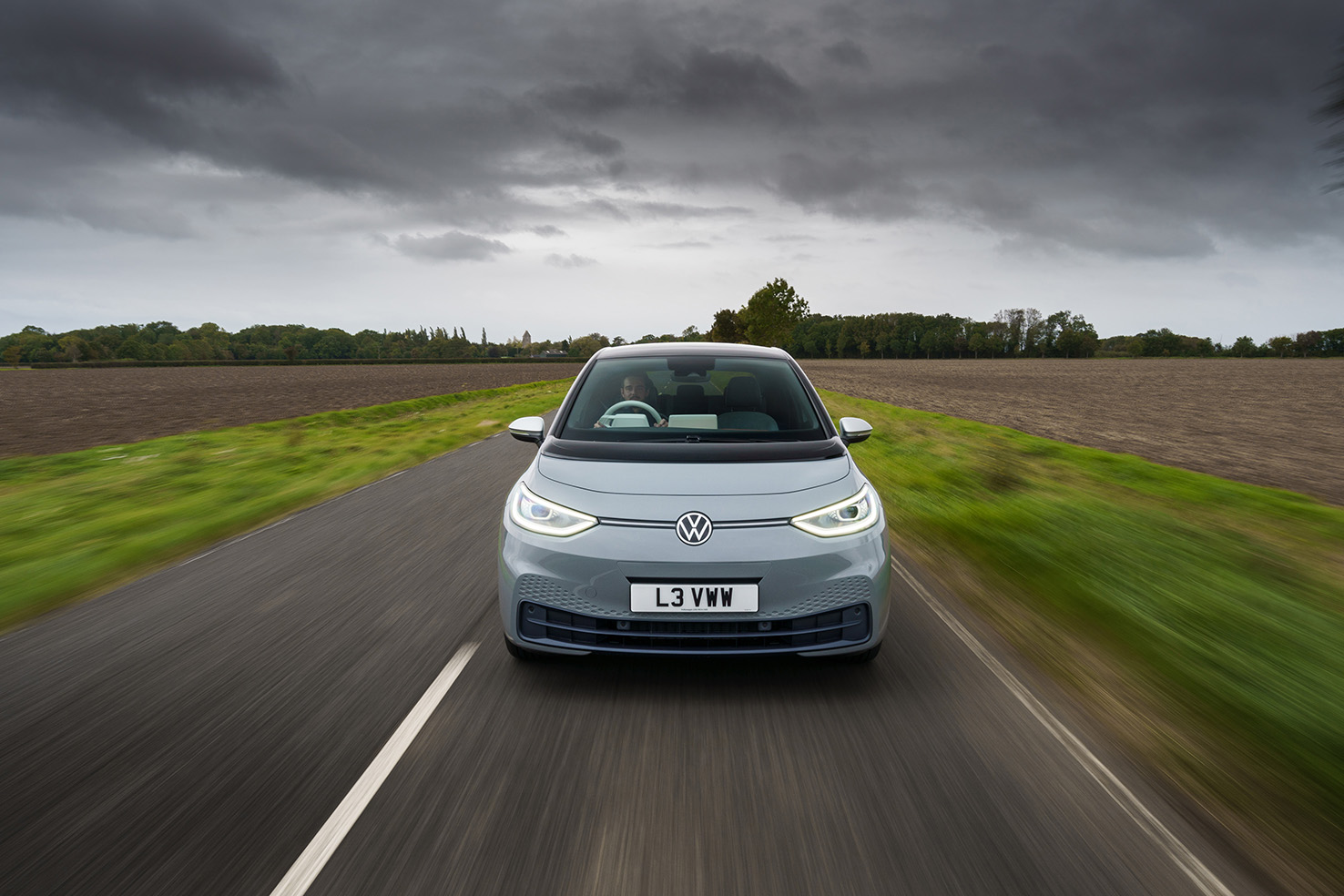 You’ve got to hand it to Volkwagen’s design team, they’ve created a car that looks like nothing else that’s gone before and yet even on first acquaintance couldn’t be mistaken for anything else but a Volkswagen. The ID.3 is approximately Golf sized – why change an already class-leading package? – yet because it doesn’t have the same oily bits; engine, gearbox, cooling system, fuel tank even, it’s bigger inside. Rear seat space is Passat rivalling thanks to a longer wheelbase than the Golf; the boot is bigger too.

Underneath that sharply creased yet no doubt aerodynamically slippery body (drag is the enemy of the electron-only powered), sits Volkswagen’s new bespoke and electric-car only MEB platform which will go on to underpin a host of those other ID VWs we’re promised. Said skateboard-like chassis allows for the fitment of a range of batteries from a 45kWh at entry level, up to, currently at least, a 78kWh pack that promises a range of 341miles from a single charge. On test here, is the 58kWh variant. The ID.3 is rear-wheel drive and single motored. The ID.4, being the more SUV shaped, gets another motor, and is thus all-wheel drive. Will we eventually get an ID.3 GTi with twin motors, tartan trim, and all-wheel drive too? We’ll just have to wait and see. (Don’t be too surprised if/when we do).

So far, so relatively familiar. The interior, however… 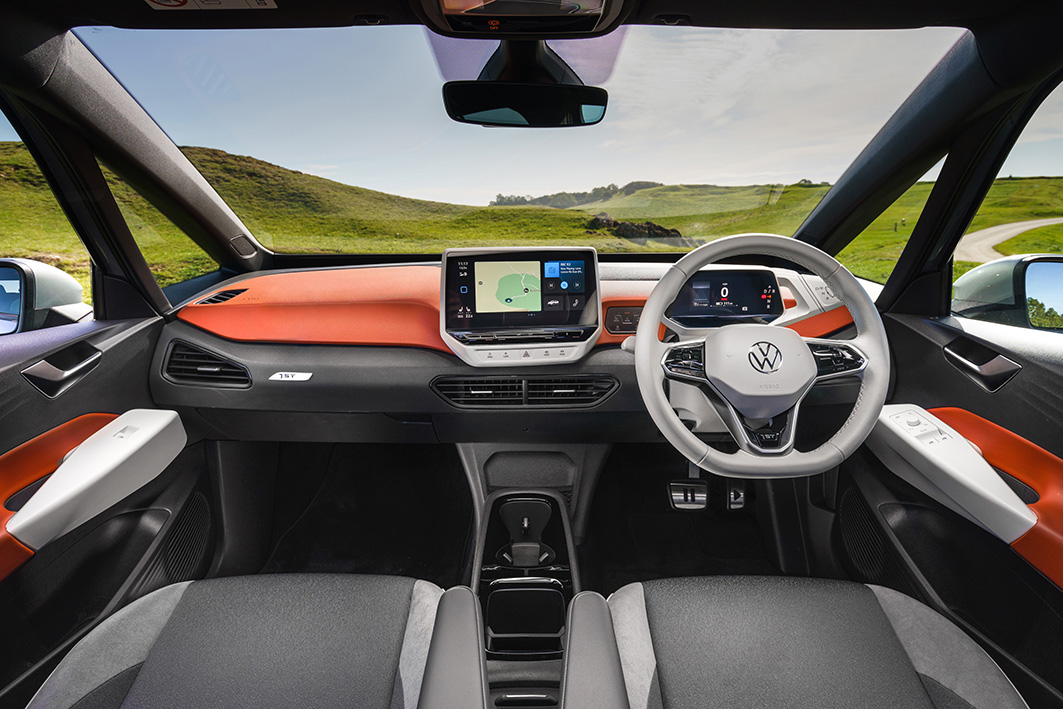 You’ll recognise the steering wheel, indicator stalks, and touchscreen as they’ve been lifted straight out of the current Golf, and very good they are too – once you’ve got used to the touchscreen that (like all of them!) doesn’t always respond to the touch. Everything else is different. There’s no handbrake, not even a button for an electric one, there’s no gear-lever sprouting from the floor, and there’s no ignition switch or start button either. Sit on the driver’s seat and the ID.3 switches on. To select Drive, you twist the small, console mounted, err…  switch, I suppose you’d call it, forward, and that’s it. Press the accelerator and you’re off. There’s no noise. When you reach your desired destination, you press the Park button, and get out. That’s it. It’s only when you leave your seat that the ID.3 actually switches off, and if your budget stretches to keyless entry/exit you won’t even have to press a button to lock it. There are so few buttons in fact, that if anything, the ID.3’s interior feels somewhat spartan. 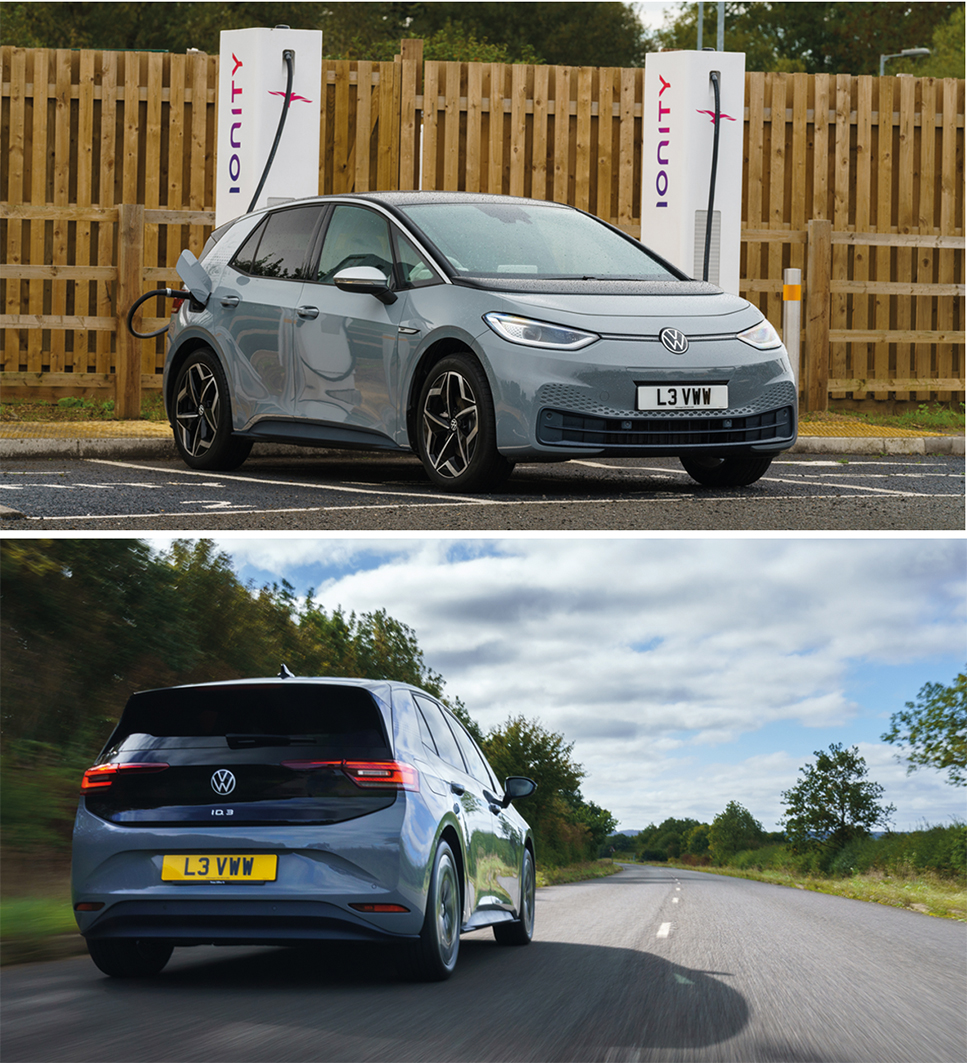 Perhaps it’s because of such things, and the lack of having to do the stuff you always just take for granted, the lack perhaps of any real interactivity, that I found it hard to form any real connection with the ID.3. To me it felt less like a car and more just a means of conveyance. Don’t get me wrong, it drives very nicely, the ride is brilliantly smooth, the performance surprisingly brisk, the handling safe, secure, and nicely precise. But, there’s something missing. It just feels so numb. I imagine you approach the purchase of an ID.3, or any currently available electric car for that matter, in the same way you do an electrical appliance. Does it do what I need it to? Will it fit? How long does it take to charge up? (That definitely depends on the type of charger, Sir) How much did you say it was? Great, I’ll have a white one, please. Can you deliver on Tuesday?

It’s as if in trying to make something that will appeal to all people, Volkswagen have purposely dialled-out any personality or character the ID.3 could have had. It’s brilliantly effective, but it all feels a bit emotionless.

Alternatively, as someone much cleverer than me put it: You can stir anything with an electric motor, except the soul.

Just one other thing… the first time I drove a Volkswagen Golf, I wasn’t particularly impressed; I didn’t get what all the fuss was about. A year or two later I bought one. I then went on to own another four.

Many thanks to Michelle at Volkswagen’s UK press office for the loan of the ID.3