It’s the spookiest month of the year, so as the nights draw in, the clocks go back, and little ghouls and goblins take to the streets in search of trick or treats, it’s time to look at some of Swansea Bay’s spookier events. 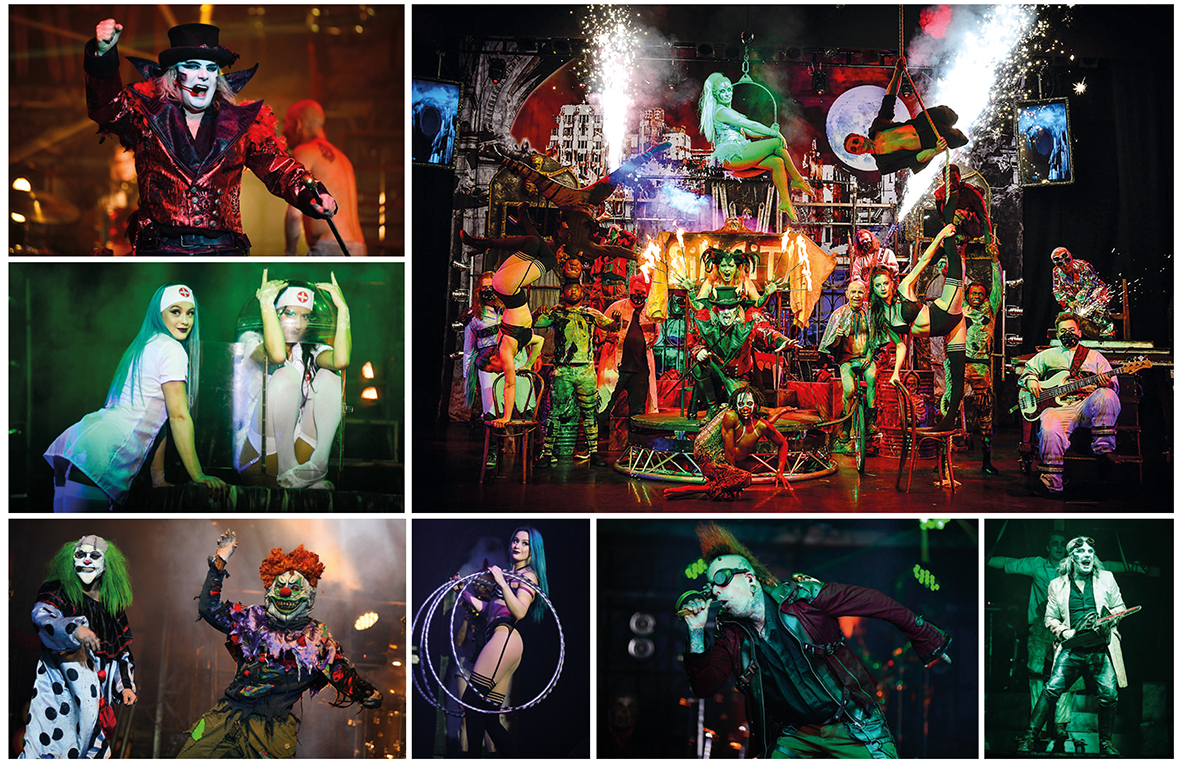 One big treat – and certainly not a trick – for theatre lovers in Swansea this month is that Swansea Grand Theatre is finally – finally! – reopening. Things kick off on Wednesday, October 6, with Elvis tribute act Ben Portsmouth which, granted, isn’t the spookiest of shows, but just days after Halloween itself on Sunday, November 3, The Circus of Horrors roll back into town with their unique horror-filled spectacle.

Celebrating their 25th anniversary on the road, the self-confessed “freaks” have been annual visitors to the city for much of that time and have a real fondness for the area. Ringleader Dr Haze spent many of his formative years in West Wales and has declared that Swansea is a real “rock city”, with several Swansea-born musicians and members joining the gang over the years, which makes this a homecoming-show for some.

For those unfamiliar with the Circus, their most publicised performances to date were on the TV gameshow Britain’s Got Talent, and while that doesn’t really do the live show justice – there’s only so much you can show on a primetime TV show, and this is recommended for people aged 16+, after all – you can expect a show of contortionists, firebreathers, acrobats and more, all performed to a wall of loud rock’n’roll music, a healthy dose of horror and, despite the name, there’s also a healthy dose of humour throughout. 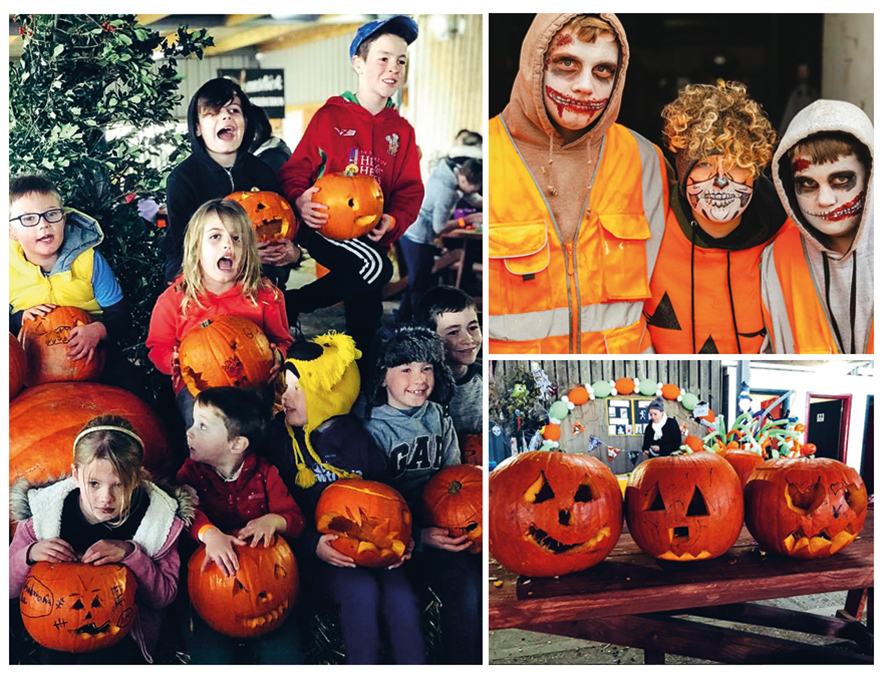 All of which makes it the perfect place to celebrate Nos Calan Gaeaf, the Welsh Halloween which, in times gone by, marked the end of summer and the beginning of winter for our Celtic ancestors.

One place going all-out for All Hallows’ Eve this year is Gower Fresh Christmas Trees, which will be throwing open the doors of its haunted barn – yes, haunted barn – for half-term week with pumpkin picking, pumpkin carving, wand making and broomstick decorating. That runs from Saturday, October 23 – Sunday, October 31. 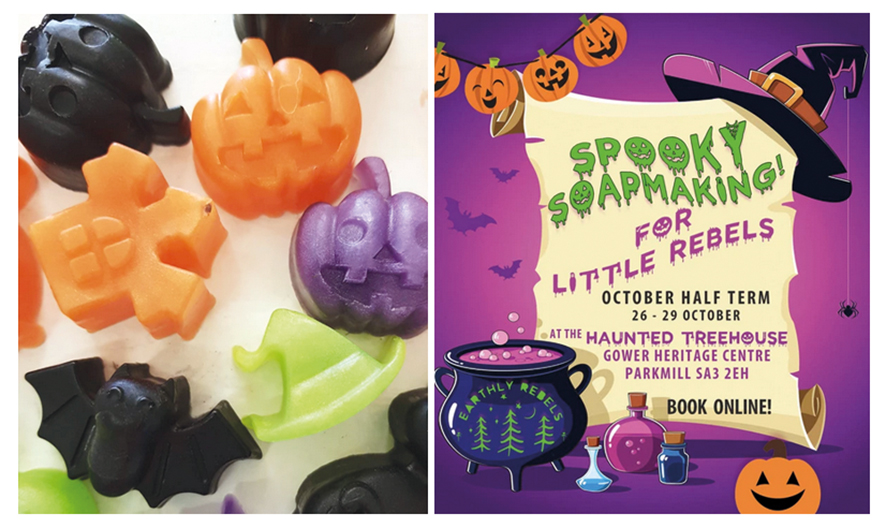 Not to be outdone, Gower Heritage Centre will have a haunted treehouse – yes, a haunted treehouse, much like Bart Simpson at Halloween – where little ghouls can learn the art of soap making which, granted, might not sound like the scariest of activities, but it is made of “locally sourced Witches Snot”, and the soap will be in all sorts of spooky shapes. And if you make a mess, you’ve also got something to wash yourself up with afterwards. That runs from Tuesday, October 26 – Friday, October 29.

Or you could just celebrate the old-fashioned way by carving out a swede, disguising yourself as something suitably creepy, and heading to Rhossili Bay to watch the sun set behind the dragon at Worm’s Head. 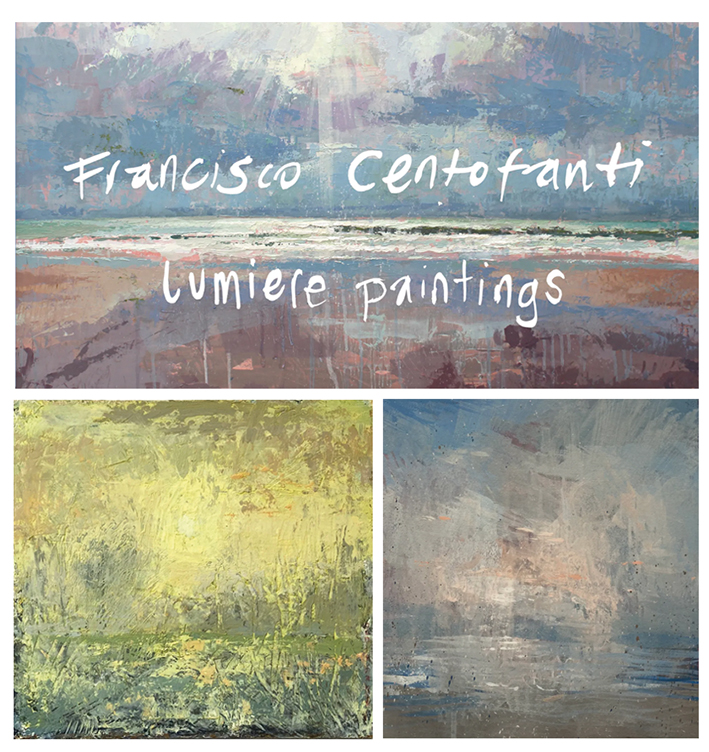 The Attic Gallery’s latest exhibition features the atmospheric landscapes of Swansea-based artist Francisco Centofanti, whose many admirers include The Who frontman Roger Daltrey.

A well-travelled artist who has been honing his craft for more than 20 years, Centofanti graduated from the Florence Academy of Art in Italy before spend-ing time in New York, Japan and Argentina, but now calls Swansea – his wife’s hometown – home, and he couldn’t be happier: “When I first visited Swansea, I was blown away by the bay, and the light on the water, and the fact that this changes constant-ly. It really is the best place to be a landscape painter.” 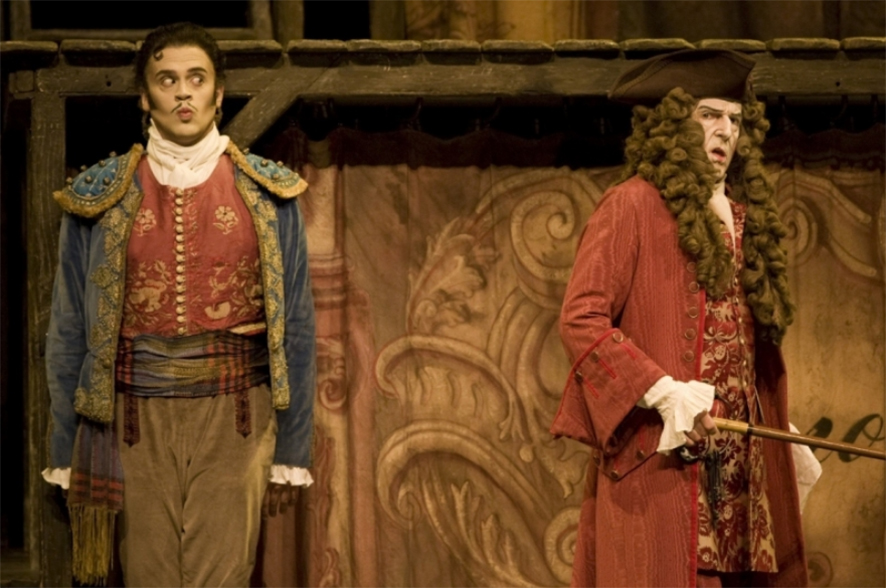 After a barren 18 months of no indoor opera, Welsh National Opera returned to the stage of their Cardiff Bay home with a perfectly timed revival of one of opera’s feelgood favourites, The Barber of Seville. Bay’s Mark Rees tells us all about it…

In his welcome notes the WNO’s general director Aidan Lang wrote that: ‘what better antidote could there be to the darkness of the past year and a half than Rossini’s comedy,’ and it would be hard to disagree with this genuinely funny production which brought a smile to the face and a tap to the foot.

First staged in 1986 by returning director Giles Havergal, the idea behind the production is that we, the audience, are watching the opera being performed by a travelling opera company who have just rolled into town. As such, the action takes place on a static stage throughout – there’s was no need for the curtain to be lowered at any point for scene changes – and any minor tweaks are carried out by the chorus who double up as stage crew, a consideration which, presumably, made the production more appealing in these restricted pandemic days. The WNO orchestra, meanwhile, are socially distanced under the baton of music director Tomáš Hanus.

The stage itself is made up of the makeshift rooms required to tell the tale of The Barber of Seville – there’s Figaro’s barber shop, Doctor Bartolo’s home, while at the top of the stage is Rosina’s (Heather Lowe) bedroom, which she shares with a caged bird. This pet and companion serves as a handy allegory to her plight – trapped in a house she longs to escape from by the show-stealing Andrew Shore as Doctor Bartolo, whose more comical moments benefit greatly from the decision to stage the production in English. Aiming to thwart the doctor and rescue Rosina from his clutches are the dynamic duo at the heart of the tale, the lovesick Count Almaviva (Nico Darmanin) and his wily companion Figaro the barber (Nicholas Lester).

But along with Rosina, this trapped bird longing to be released also serves as a nice allegory for the entire company this evening, along with every person inside the reduced-capacity Wales Millennium Centre. For, now that those barren 18 months are over, the enthusiastic applause as the company take their final bow feels like a genuine release of pleasure, and we are all free to enjoy live opera once more.