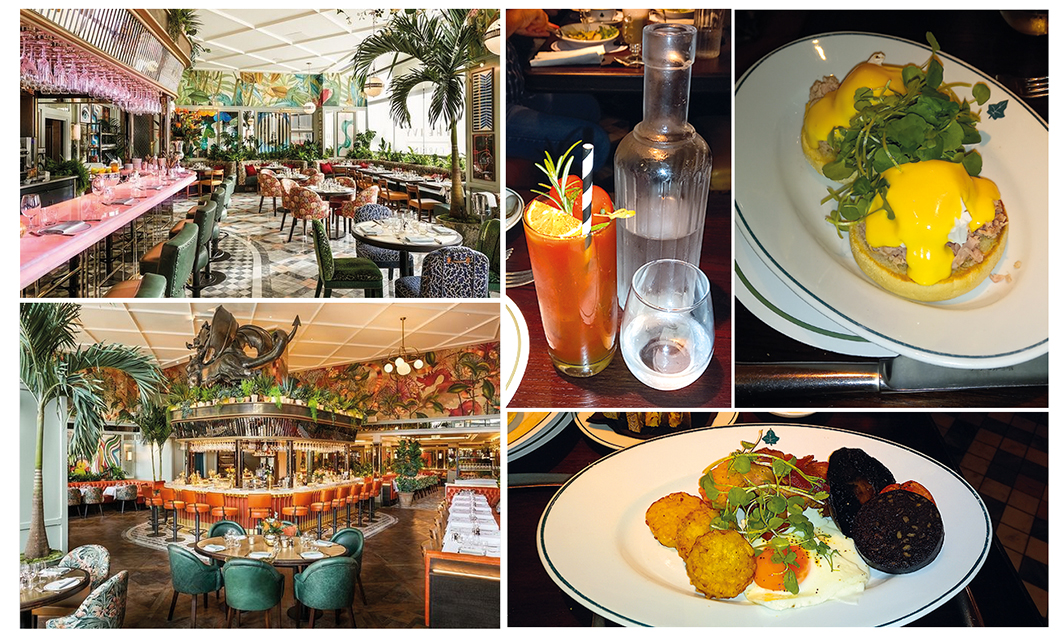 Last month we joined friends and family for the wedding of a great friend, which was held north of Cardiff.

After partying until the wee small hours and waking late we checked out of our hotel and headed for the metropolis. We were hungry and still in the party mood so headed to The Ivy for a honeymoon breakfast.

The décor at The Ivy is nothing short of sumptuous, with its flamboyant floral wall coverings and more gilding and crystal than you could shake a stick at, it is fabulous. And yet with all its grandeur it is really comfortable and welcoming, and the waiting staff is consummately professional, without being stuffy. The restaurant was busy with shoppers, friends meeting up and families just enjoying a leisurely meal.

Being a celebratory breakfast, I started off with a cocktail – non-alcoholic in light of the previous night’s indulgences – but nonetheless a more than delicious Virgin Mary. It was as pretty as a picture with its stripy straw and elegant decoration and tasted as good as it looked and packed quite a punch with its spiciness.

Before moving on to the main event, we shared a portion of The Ivy cure smoked salmon with dark rye bread. It’s a gently smoked, so perfect for breakfast – it was a luxurious addition to our meal.

Eggs Benedict are popular for breakfast; who first put muffins, ham, poached eggs and hollandaise sauce together is disputed. Was it Lemuel Benedict, a hung-over, Wall Street broker who in 1894 went into the Waldorf Hotel in New York and ordered two poached eggs on top of buttered toast, crispy bacon and two poached eggs with hollandaise sauce? Legend has it that the head chef Oscar Tschirky thought it such a great combination that he put it on the menu.

Eggs have had their place on the breakfast menu for hundreds of years. In 1620, Tobias Venner a physician and medical writer recommended two poached eggs sprinkled with vinegar as a healthy breakfast – sounds pretty reasonable until you hear that he also recommended smoking as an aid to digestion. Eggs have the benefit of being rich in protein and easily digested as well as being inexpensive.

Here the Eggs Benedict was constructed of toasted muffins topped with pulled honey roast ham, poached eggs, hollandaise sauce and watercress. It’s a combination made in heaven although I do concede that the very modern substitution of smashed avocado for the ham is a very close second.

For some like Simon, who follows the adage of breakfast like a king, only a full English cuts it. The Ivy full breakfast comprises of smoked streaky bacon, Cumberland sausages, two fried eggs, black pudding, roast plum tomato, grilled mushroom and baked beans. There is debate as to whether baked beans have a place on a breakfast plate – we are absolutely in the no camp, but a request to hold the beans resulted in the addition of some rather fine potato rosti – which was very acceptable.

Next time we visit our capital city I’m going to be sure to arrive early, so that we can start the day with breakfast at The Ivy – it will certainly ensure that our day begins in style. 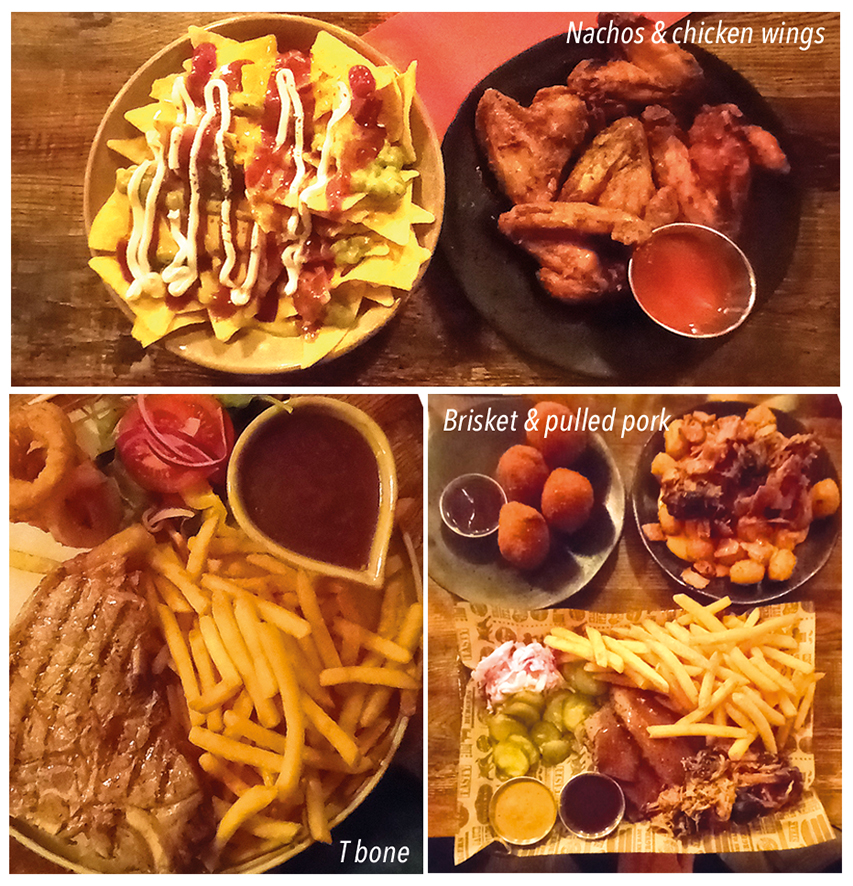 The Pump House in the Llanelli North Dock has a new restaurant, Cattle & Co. This beautyfully repurposed industrial building retains the décor of its predecessor Sosban, but the food is very different. Gone is the fine dining experience and in its place is the cuisine of an American road house. It’s a meat lover’s dream.

We had made our reservation for 8 o’clock with an instruction that we had the table for 2 hours only, but as we arrived a little early at 7.45 we were told that we’d have to vacate our table at 9.30. The restaurant was pretty quiet, so we anticipated that they were expecting an influx later in the evening.

Drinks ordered we settled down to the menu. Every month I have to proof read approximately 120 pages for the magazine so fully appreciate how annoying it is when I spot a typo once it is in print. So, I was surprised how many typos could have passed the proofing stage of this menu – but it did provide us with a giggle.

Smoked pork and beef feature in many of the dishes, both of which are a favourite of mine. Long slow cook-ed meat, which falls apart and can be eaten with a spoon, with that characteristically smoky flavour – proper cowboy food. As per usual we over-ordered and ended up taking three foil containers of leftovers home with us, to be eaten for lunch the next day. It might have been helpful if the waitress had warned us that we had ordered enough food for six.

We kicked off with chicken wings with Frank’s hot sauce, and a platter of nachos. The wings were fat and juicy and very well cooked, and the portion of nachos was generous.

One T bone steak with brisket gravy, chips and onion rings was pronounced ok but a little lacking in flavour, in contrast to the smoked brisket and pork which were really tasty. Deep fried macaroni cheese balls were new to me and something I might try to replicate at home, also new were tater tots. These are little balls of potato that are cooked then grated and shaped into small nuggets and deep fried – here they were topped with pulled pork, bacon and cheese sauce. This really was a meal in itself and was delicious reheated the next day.

Our food bill came to just under £60 but if we had ordered properly it would have been at least £20 less.

We left before 9.30 when there was just one other table occupied, so I will never know if there was a surge of diners ready to fill our table.