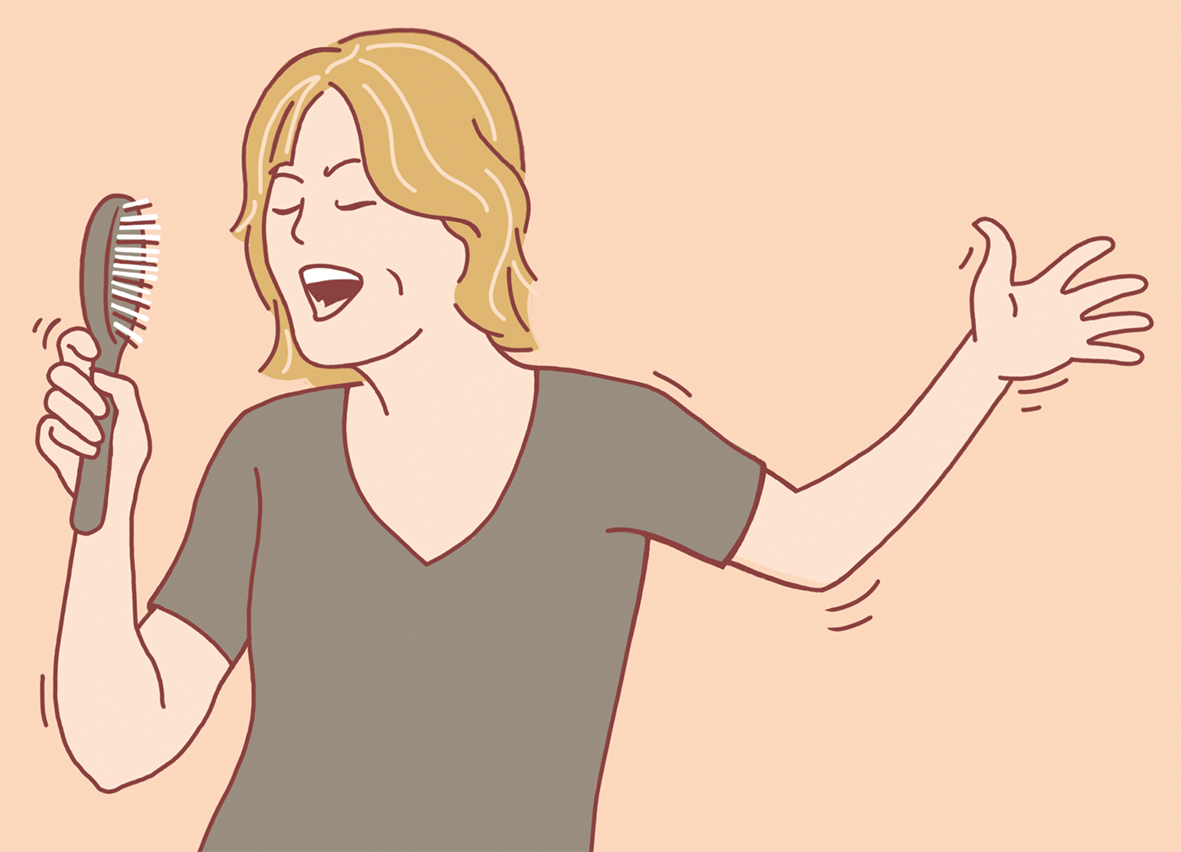 I noticed Husband wince as I flung out my arms in true diva style, my voice at full volume. I made an apologetic face. ‘Sorry,’ I whispered, realising he could hear me even over the noise of his computer game on his head-phones.

It was just that the song, from South Pacific, had popped into my head, and I don’t know about you but when I gotta sing, I gotta sing. And in my case apologise later to anyone unfortunate enough to have been in hearing range.

Anyway, ciao a tutti. I’ve just returned from a holiday in Italy. Regular readers may recall that back in July Younger Son and family, including my two youngest grandchildren, moved out there to live, leaving me distraught.

With many Covid restrictions being lifted in September I urged Husband to plan a trip out there. He wanted to delay it but I wanted to see my babies. So being the wonderful husband he is he capitulated. With no flights available for a long time we opted to drive. I’m using the royal ‘we’ there: Husband does all the driving. And planning, and form-filling, test-arranging, stressing. And he did it all perfectly as we got there and back safely and with no hold-ups at borders. 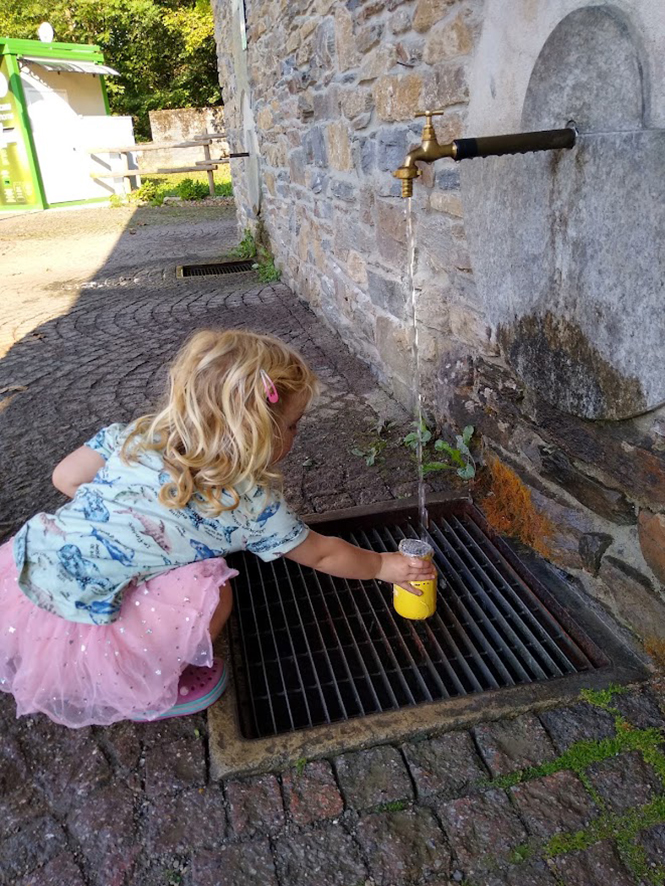 Granddaughter 3 (Lucia) filling up her water bottle, straight from the mountains

Younger Son and family live in a lovely house with its own area of woodland on a foothill of the Alps. As Younger Son and Nuora (Italian for daughter-in-law) are very eco-minded and keen to raise their children in as natural an environment as possible it’s ideal, especially as it has taken them closer to the in-laws as well.

The move was something they’d thought about a lot especially during lockdown and it became a dream for them.

Something that if they could achieve it would change their lives completely for the better.

Well, they’re there now and a lot of good things have happened, but there  are still problems to resolve, not least of which is approaching winter in a very cold mountain area while living in a house that, at time of writing, doesn’t have any heating.

But they’re following their dream. I’ll show my age again now by quoting from an Elvis song,

‘… when a dream is calling you, there’s just one thing that you can do, you gotta follow that dream wherever that dream may lead.’

Most often when the bible talks about dreams it means the ones people have when they sleep. But having a plan for the future you envisage, that’s a different sort of dream.

God tells Jeremiah that he has plans for him, plans to prosper him and not to harm him, plans to give him a hope and a future. Which are the same sort of plans Younger Son and Nuora have for their children, plans for the good.

Undoubtedly dreams are going to involve hard work and maybe some disappointments. But when you have a dream, when you know what you’re working for, and you can see it, maybe not quite on the horizon but at least peeping over, then the hard times are less hard.

Martin Luther King Jnr’s dream was for a future where children would ‘one day live in a nation where they will not be judged by the colour of their skin but by the content of their character.’

As we know, while much of what Dr King fought for has been achieved, there is still a lot left to do before people of all colours, gender, sexuality, race, and religion can truly be considered equal. But does that mean Dr King was foolish to pursue the dream; that he failed to achieve his ambition?

Of course not. All of us today have reason to be grateful to Dr King and others like him who have been willing to face prison and living with threats to their lives and their families. Because they also believed in a dream.

In 1964 in his Nobel Peace Prize acceptance speech Dr King said he accepted the award with ‘an audacious faith in the future of mankind.’

It can be hard to hang on to that audacious faith sometimes when we look around at the world today, but we’re relying, as King was, not on people but on God. He gives the dream and he will bring it about. In his time.

Maybe it’s time we all started dreaming a bit more. Not those weird dreams but the dreams that we thought we’d buried, the dreams we’ve given up on, the ones ‘that can never come true now’. Maybe it’s not too late.

And I’ll stop now before I start on the Springsteen song. Oops, too late, put your ear-plugs in: I’m working on a dream.