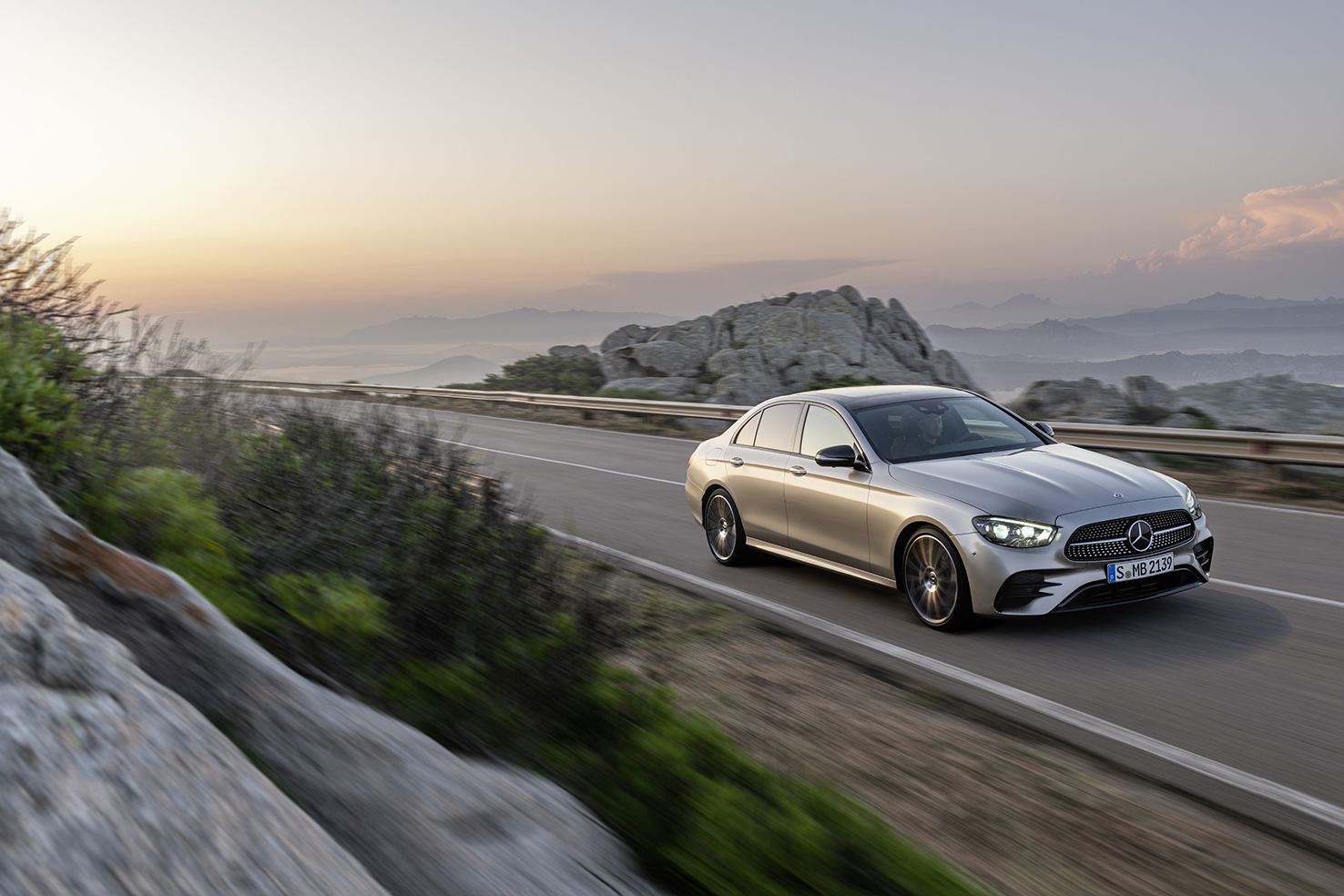 In little more than eight years’ time, the powers that be have decreed that the likes of you and me won’t be allowed to buy a car that runs on petrol, or diesel, alone. Just five years after that, they’re not going to allow you to buy any new wheels that aren’t turned exclusively by electric motors. The Internal Combustion Engine – surely one of the great-est, and now controversial, inventions of all time – is preparing to sing its swansong. At least that is, unless someone comes up with an effective and environmentally friendly synthetic fuel.

It is partly because of such debatable (despicable?) decisions that you can no longer buy a Mercedes Benz E-Class with a petrol engine, be it a four or a six-cylinder, that isn’t now assisted by a mild hybrid system. 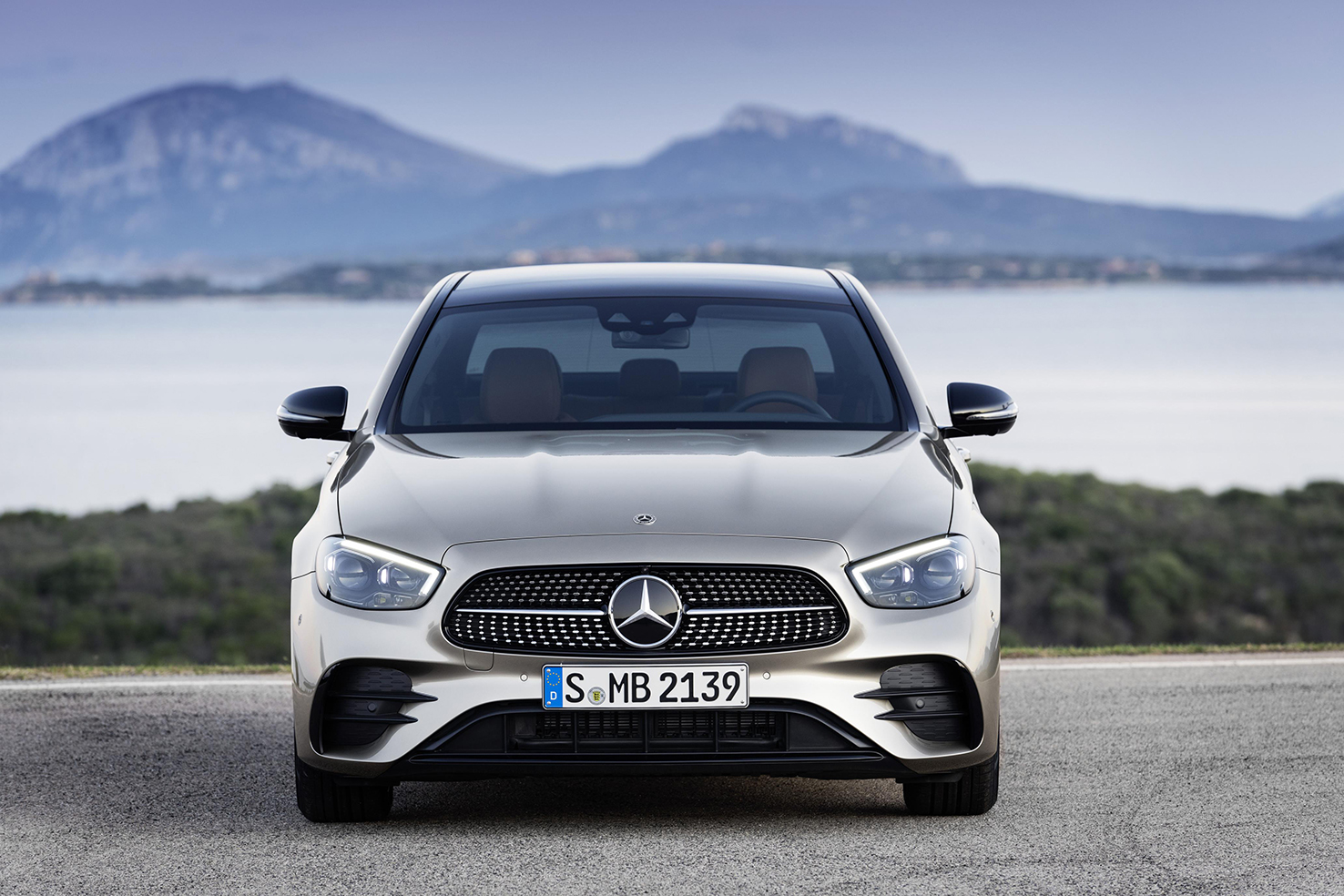 You can however, still buy a “traditional” diesel-powered one.

And that’s exactly what the Mercedes Benz press office were kind enough to lend me recently: an E220d Sport, to be exact.

Since I last sampled an E-Class it’s had a bit of a makeover.

The external changes include a new grille and headlamps – to give the E-Class the new Mercedes Benz “face” – plus more horizontally styled tail lamps that extend into the bootlid. Inside things still look familiar; same swoopy dash, complete with multiple vents, same use of quality materials and thick leathers – even in this, the entry level Sport trim – and the same overall air of restrained elegance you’d expect from a Mercedes Benz saloon. The infotainment and dials however, are all new.

Regardless of what trim level your budget can cope with, your mid-size Benz (the C-Class is the small one, the S-Class the huge one) now comes with a 12.3” touch-screen that renders the old click-wheel interface redundant. It runs the MBUX system, and you can select different functions either by directly touching the screen, or if you’re finger-print averse, via the new centre console touch-pad. It’s all very clear and relatively intuitive, if perhaps a tad more-fiddly to use, once on the move.

As for the new dials, well, they’ 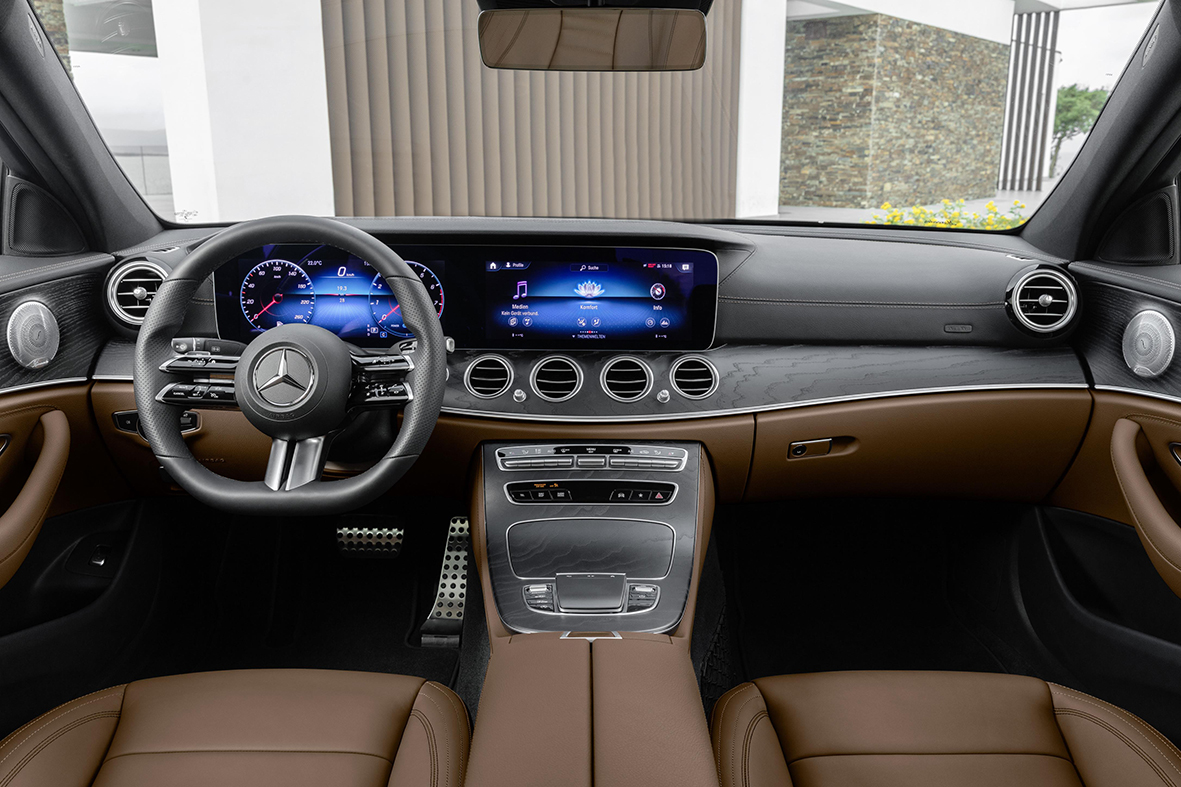 re lovely. Again, housed in a 12/3” display, both the now digital speedometer and tachometer are brilliantly clear with crisp numbering and lettering, and also customisable so you can choose which information you wish to see and in which colour you wish to see it. If that is, you don’t inadvertently happen to stroke the capacitive switches on the steering wheel that alter the dash-board’s display. I did exactly that, more than once, while manoeuvring the E-Class in and out of tight parking spaces. It took me an age to return everything back to what I considered normal – by which I mean my preference of fuel consumption and range, rather than a compass, or a graphic showing my eco driving credentials.

Not that you’re likely to have any worries about range that is. With its fuel tank brimmed from the black pump the E220d’s trip computer (when I found it again) claimed I wouldn’t have to trouble another service station until I’d driven at least 800 miles. It’s also worth pointing out that that’s based on driving out here in the sticks where the 9-speed automatic gear-box is constantly, albeit imperceptibly, shuffling between its ratios. On a smoother, less undulating surface, I see no reason why that range figure shouldn’t be higher still. 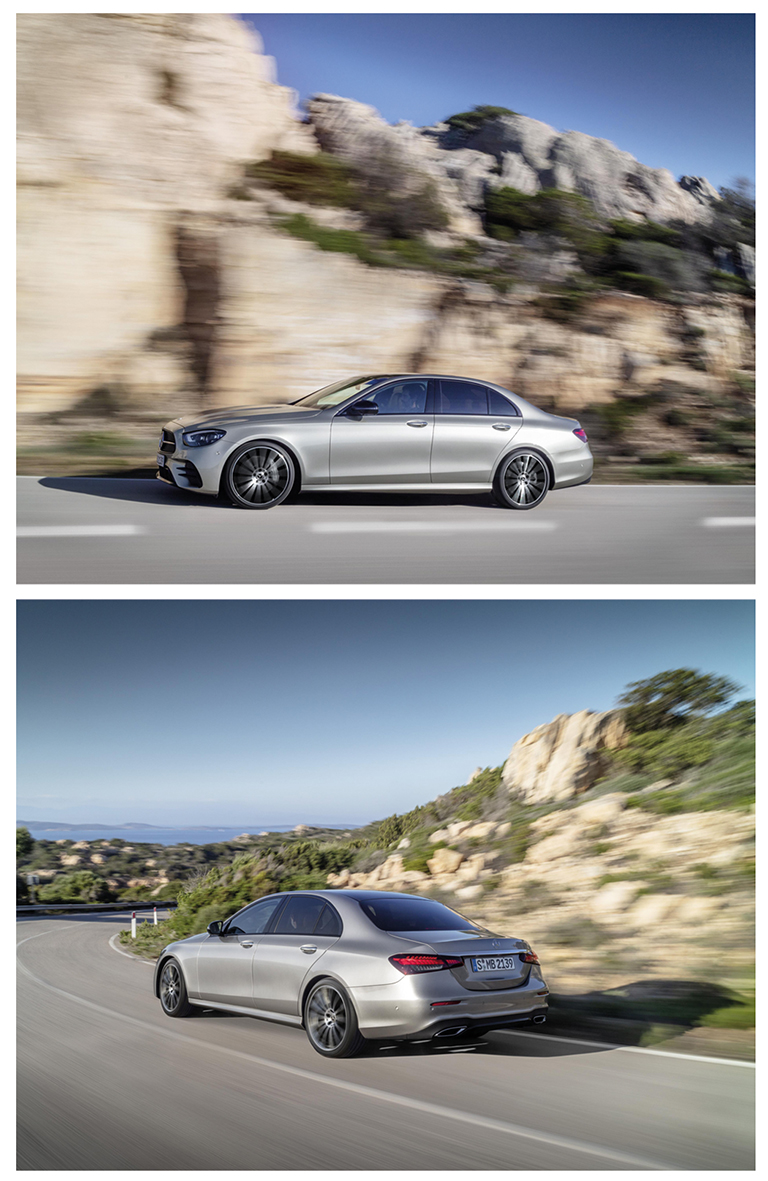 Neither would it be such an arduous task to drive such distances in the E220d. In Sport trim, it may lack, ironically, the more sportier looking exterior accoutrements of E-Classes higher up the pecking order, but the trade-off for its more sober styling, is an altogether cushier ride; the Sport’s modest 17” alloy wheels together with their high profile tyres absorb road imperfections far better than any blingy 20” AMG rims ever could. It handles nicely too. You’d perhaps never really be rewarded for trying to hustle an E220d down your favourite B-road, nevertheless it’s still more than capable of covering ground at what used to be considered a fair old lick. 0-62 takes 7.3 seconds.  The four-cylinder diesel can get a bit vocal when pushed, but most of the time it just hums along nicely in the background. Road and wind noise are never a hindrance either.

At nearly £40K before options, the E220d Sport isn’t perhaps the cheapest of choices when it comes to a traditional 4-door saloon. A BMW 5 series – surely, the E-class’s longest standing nemesis – offers a sharper driving experience, and a plug-in hybrid E-Class benefits from a significantly lower BIK rating. But, if you like your cars, smooth, solid, serene, and capable of covering big miles with the minimum of hassle or interruption, the diesel-powered E-Class still – well, for a while at least – proves a hard act to follow.

And just think of all the miles you could cover in it before 2030.