If you love sci-fi, action packed films full of CGI and animation, then Emlyn’s choice for this month probably isn’t for you. The Duke stars two of Britain’s best loved actors Jim Broadbent and Helen Mirren and is based on a true story.

It’s on general release and on in Taliesin on 22 and 28 March. 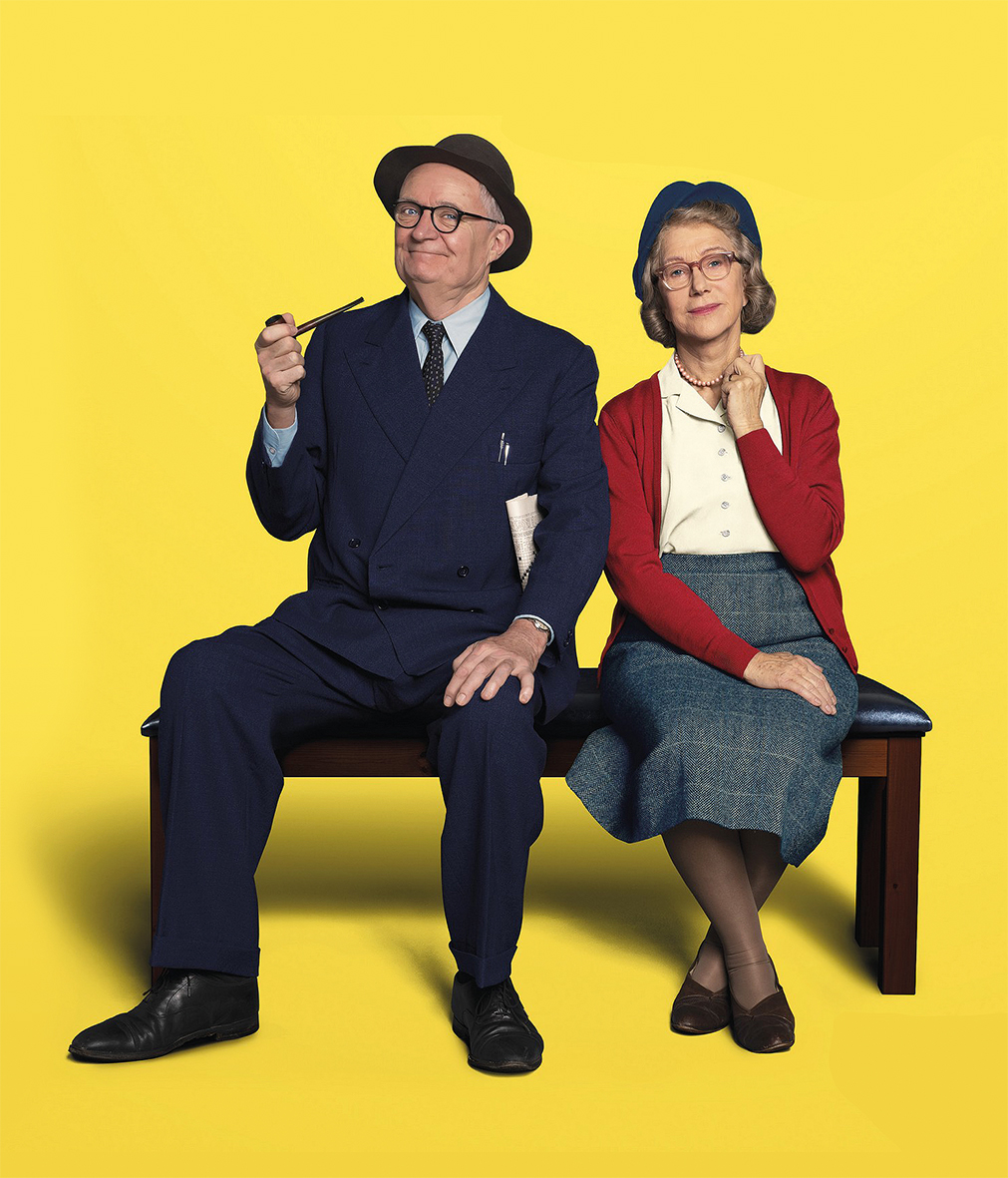 Yet another film to finally arrive in cinemas after a series of Covid-related delays, The Duke finds itself in the unenviable and bittersweet position of being its director Roger Michell’s last film, after his untimely death last year just after this was supposed to be released. But in the circumstances, at least we can say that The Duke was a high note on which to go out, a thoroughly endearing, and surprisingly timely, gentle comedy with a superb central performance from Jim Broadbent.

Based on the true story of the 1961 theft of Francisco Goya’s portrait of the Duke of Wellington, it follows the unlikely adventures of Kempton Bunton, an older working man from Newcastle on a crusade for free TV licences for OAPs, among a number of other social causes.

After the National Gallery acquires the painting for £140,000 (more than £3 million today), Kempton takes possession of it himself and holds it to ransom, hoping to be able to spend the money on TV licences for others. Needless to say, things don’t go as planned. 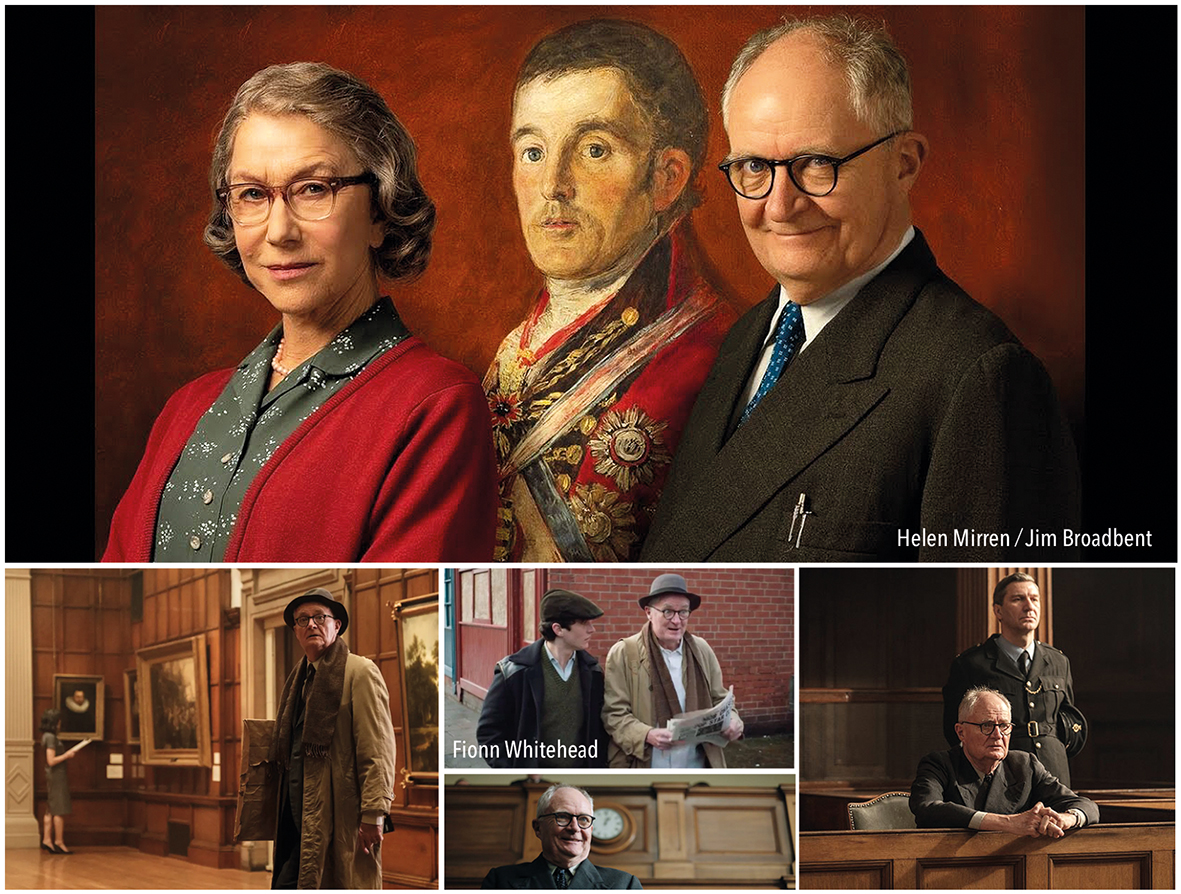 It’s the kind of story where you wonder why it hasn’t been made into a film already, but fortunately the final result is worth the wait – pandemic-induced and otherwise. The absurdity of the premise is put to fine use, with the police convinced that the painting was stolen by an international criminal gang instead of a man who decided on a whim to go to the gallery and grab it. It’s Broadbent’s show and his great gifts at playing a harried, put-upon everyman are in full effect; when his wife Dorothy inevitably discovers he has the painting, his deadpan but quietly panicked reaction is almost guaranteed to bring the house down. The Duke may not be Broadbent’s funniest performance, an honour which probably goes to “The Ghastly Ordeal of Timothy Cavendish” from Cloud Atlas, but then it’s less of an out-and-out comedy than you might expect, with a warm and surprisingly sad undercurrent.

Kempton strongly believes in the interdependence of people, that we are all defined by those around us and that no-one should exist in isolation. His drive for free TV licences comes from his belief in TV as a way of connecting people and helping them feel less alone, hence the focus on the elderly and on war veterans, people more likely than most to suffer from lone-liness. And we see in his home life a contributor to this: Dorothy, whom he clearly loves dearly but who has shut herself down and cut herself off from every-one after a tragedy which she hasn’t allowed herself to grieve properly. Helen Mirren is close to unrecog-nisable in the part, a scar that hasn’t healed right, all depression and buttoned-up bitterness – the married couple don’t even share a bed – and you can see how much Kempton values their rare moments of intimacy.

Given Kempton’s home life, the film posits, is it any wonder that he would try and cultivate connection and community elsewhere? With the help of his son Jackie – played by Fionn Whitehead, doing a great line in exasperated/amused reaction shots as the Gromit to Kempton’s Wallace – he’s a tireless campaigner for the little guy, standing up against bigotry at work and always doing what’s right, even if he personally suffers as a result. He thinks, not inaccurately, that the £140,000 spent on the painting could be used far better elsewhere; and in an era where the govern-ment can waste or misplace tens of billions of pounds all while normal people have to choose between buying food or heating their homes, it all feels unexpectedly relevant.

And all this works so well and proves so moving because The Duke is so affable and funny. We like these people, we’ve laughed with them, and so their trials hit all the harder as a result. It doesn’t grand-stand when it comes to its social concerns, but quietly and effectively weaves them into its characterisations. When Kempton goes on trial and metaphorically gets on his soapbox, the jury and public gallery aren’t laughing because he’s consciously being a clown: he’s just a good guy who speaks common sense, he’s entertaining to be around, and they like him. You probably will too.