This month we enter the wonderful world of contemporary artist Mark Hearld, learn how to write properly, discover everything there is to know about crabs, and find out from Jim Al-Khalili how scientific thinking could help us live more rational lives… 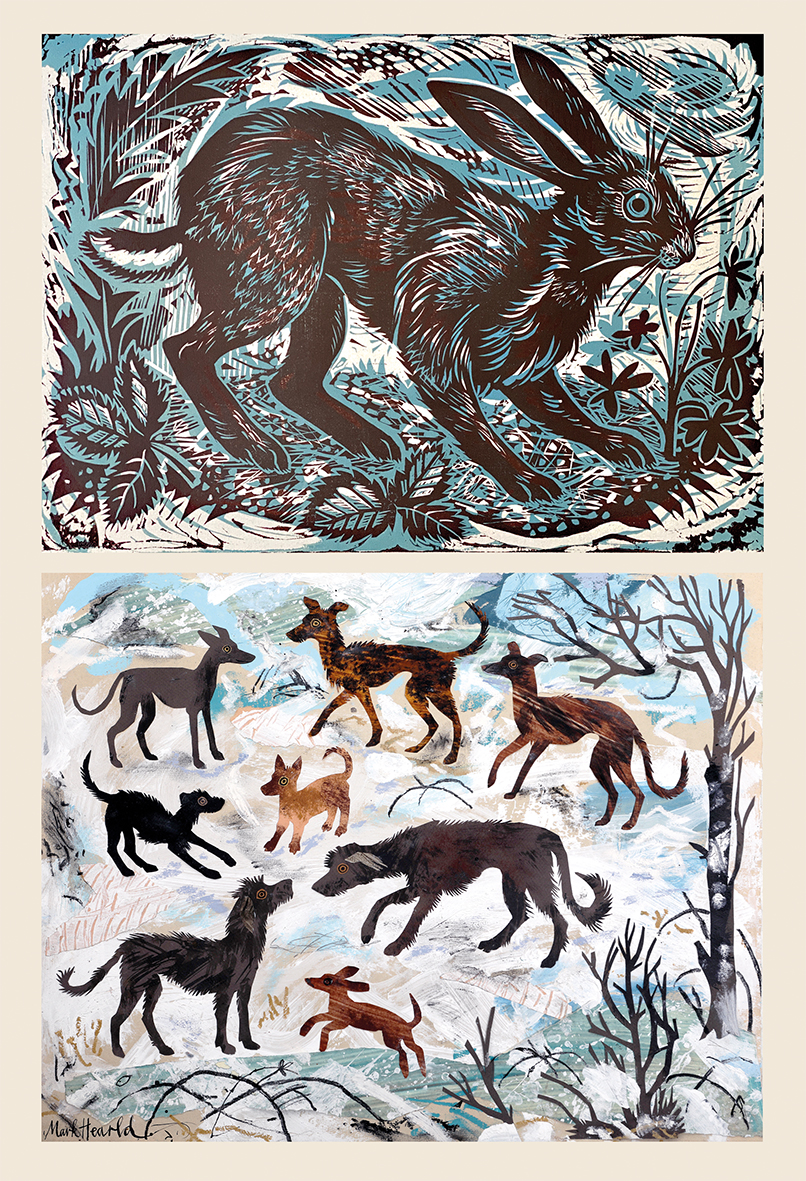 Raucous Invention: The Joy of Making by Mark Hearld, from Random Spectacular, £35, hb 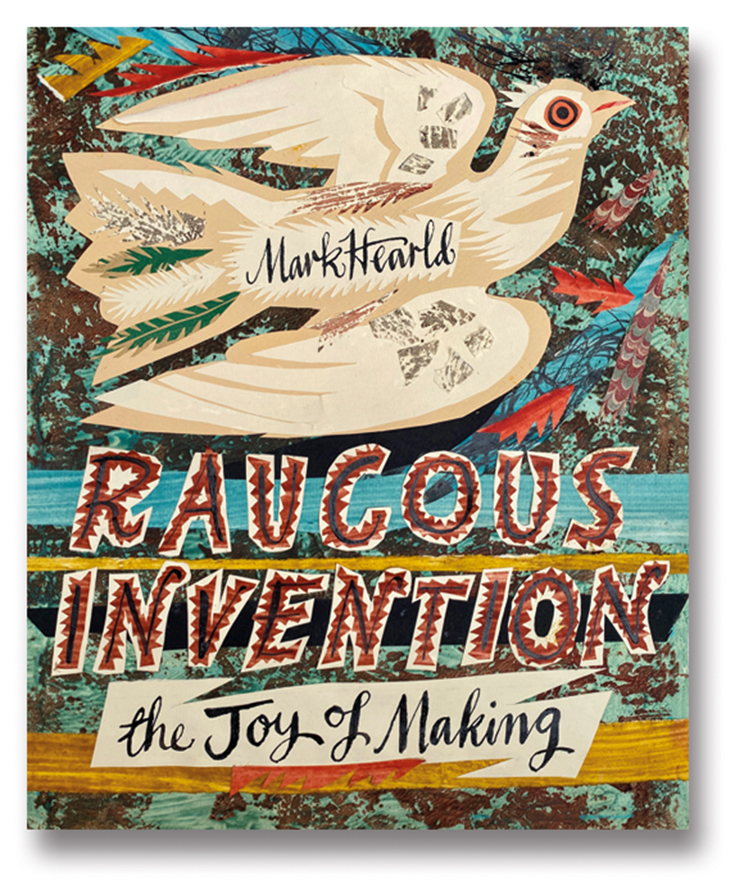 Beautiful is the not the only word for Mark Hearld’s new book but it’s a good start. Called Raucous Invention: The Joy of Making, it bounces along with an exuberance that propels you into the world of a contemporary artist that celebrates nature in an infectious and charismatic way. Whether he’s snipping out collages of cockerels, incising lino cuts of owls or simply making a calligraphic list of great names for dogs, Hearld’s work is, to get back to the title of his book, raucous and joyful. For his is a kind of folk art that looks nice, feels good and has a transparent honesty that is both likable and entertaining. He’s the sort of ‘maker’ that gets stuck in: cooking up his own paper on the stove, creating ceramics for his kitchen, designing fabrics for homemade shirts, making prints, typesetting, making weathervanes. 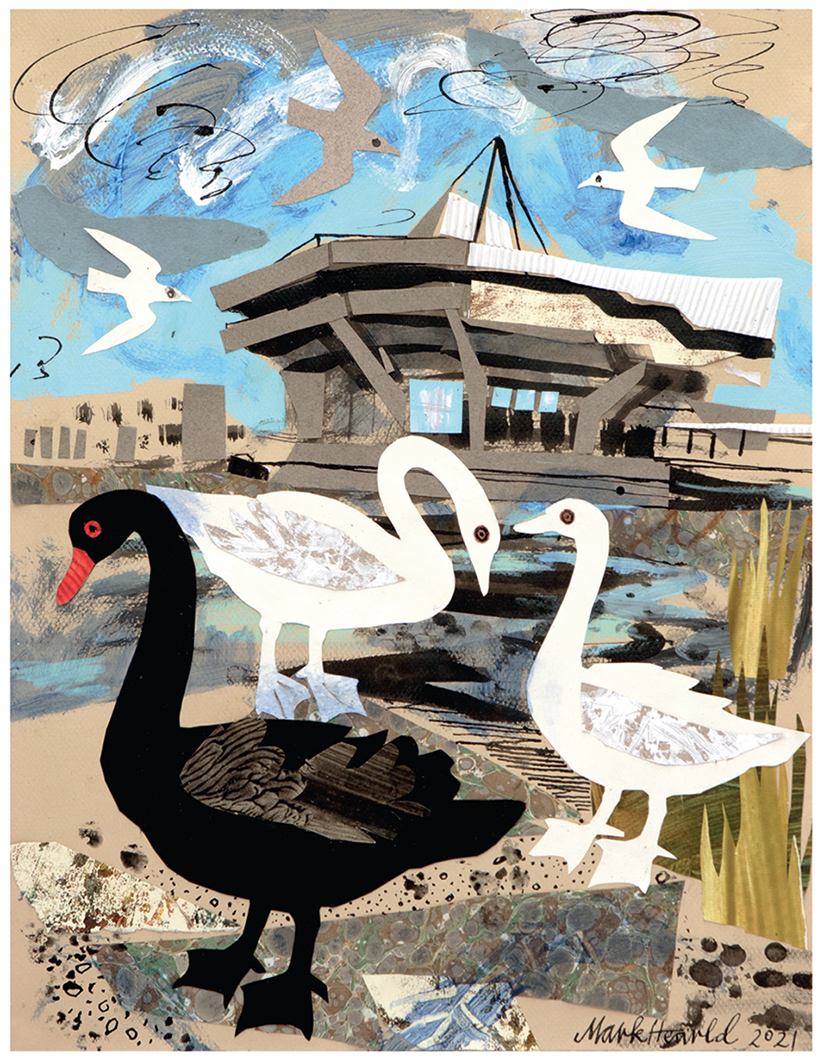 He’s also interesting, particularly about collage, which he seems to make his own. For those of us whose only encounter with the craft is sticking scissor-cut shapes on paper when we were at school, the news is that even exponents of the art as sophisticated as Hearld are happy to admit that there’s not much more to it than that (except maybe there is). In fact, point one of his collage manifesto states this explicitly: “it’s all about the silhouette – you should be reminded that it’s both a piece of paper stuck to a surface and a representation.” And later: “Picasso has a lot to answer for, though he did bring collage into the fine-art world.” And a good job he did too, especially for those who like their art to bring pleasure.

You can’t argue with the press release that says of Raucous Invention: “As jaunty hounds, bounding hares and magnificent cockerels strut and leap from page to page of this glorious book, it’s clear that spontaneity, improvisation and the sheer joy of making are at the heart of Hearld’s work”. But it’s also more than that, because Raucous Invention is one of those uncontainable moments of genius when the artist has told convention to leave the room. 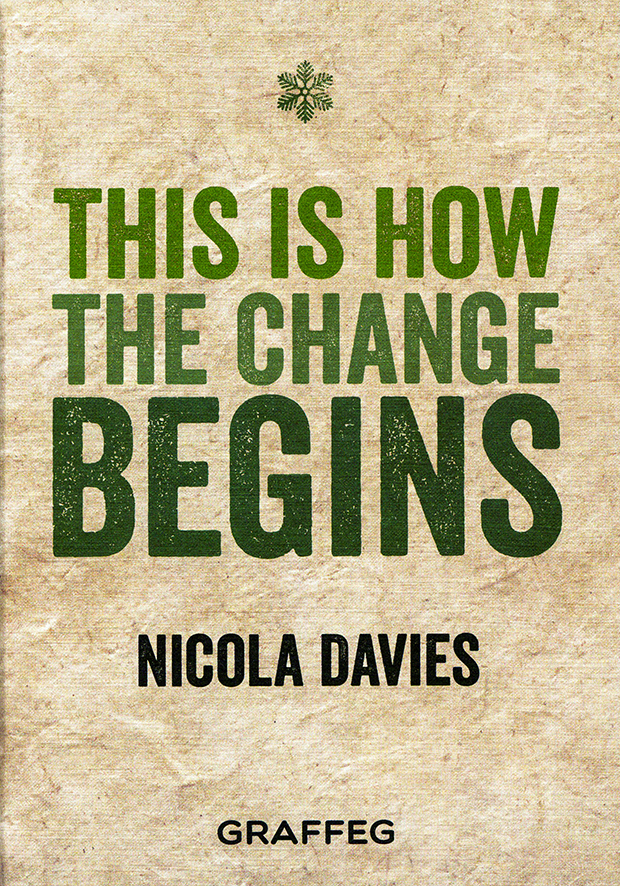 Almost a century ago T.S. Eliot concluded his poem The Hollow Men with a line so famous that people who don’t even know what poetry is will recognise it: “This is the way the world ends, not with a bang but a whimper.” Nicola Davies seems to have had this in mind when she wrote the refrain for her suite of environmental poems: “This is how / This is how / This is how the change begins.” Published by Graffeg, this superb collection of commissioned poems has a sustainable atmosphere baked in. From the responsibly sourced paper it’s printed on to the earth-tone inks it’s printed with, from the matte-finished cover to the ecological themes covered in the words themselves, we have a book that is conspicuous in its environmental message and yet never adopts a crusading tone and goes nowhere near woke language. Davies’s poetry has a clarity of purpose that should be the envy of activists everywhere. In ‘New Normal’ she talks about how her dad once chased lapwings and fired a gun to make the nightingales shut up. These are experiences we don’t have now (along with the observation about having the heating on and the windows open in the 1970s). Today, says Davies, the slow shutdown of life has lowered our expectations until, “all we see’s our own feet on the concrete pavement.” And yet, we’re not necessarily all condemned to a post-climate change Armageddon, because “the future doesn’t have to be a wasteland filled with sorrow.” Another Eliot reference right at the end. Only where Eliot saw fragments, Davies sees hope. 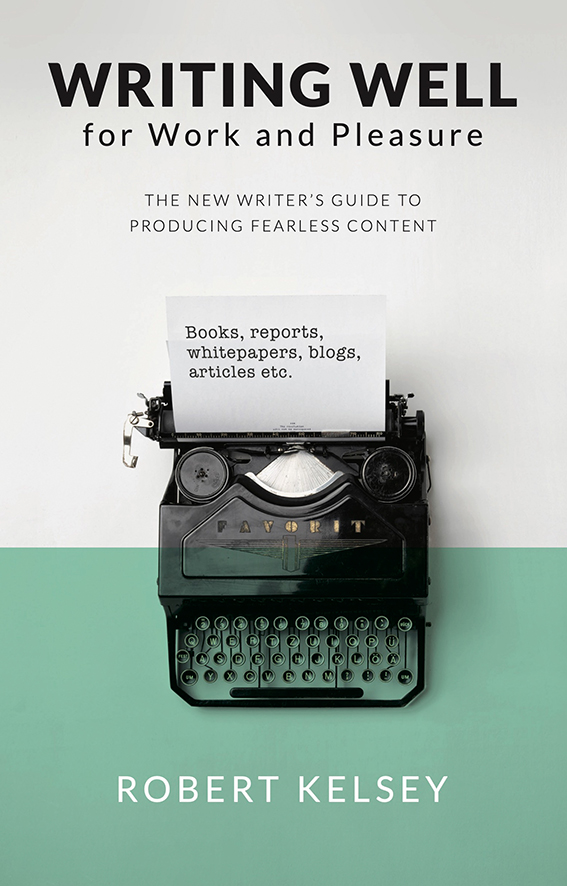 As a freelance writer whose held skin and bone together, fed her family and paid off a mortgage through publishing millions of words for more than three decades, I’m naturally suspicious of anybody telling me how to do my job. The arrival of any self-help book – especially on writing – on my welcome mat is routinely followed by the sullen clunk of the offending object hitting the bottom of the recycling bin. But as the saying goes, there are exceptions that prove (used correctly this means ‘challenge’) the rule, and with Robert Kelsey’s Writing Well, we have a candidate for one of the best books about how to put words on paper to have been published in ages.

I like the author’s no-nonsense approach to the subject, his inclination to treat writing as a craft rather than an art, and especially his assertions that “if books contained no acknowledgements, no one would be offended” and that dedications are pompous. I was also glad when he almost agreed with me that there’s no such thing as writer’s block. Kelsey says there is, but most of the time you’re just being lazy or distracted, while I think: what’s so special about writers that they get time off just because they’re not professional enough to do their job that day? I like his idea that you need to stop whingeing and just get on with it (which he explains in a far more diplomatic way). In fact, I think that is the test of a real writer: doing it when you don’t feel like it. What did we learn from Writing Well? It’s this: if you follow Kelsey’s often shoot-from-the-hip advice, you will inevitably become a better writer, look less of an amateur, plus you might even get to communicate stuff more clearly. 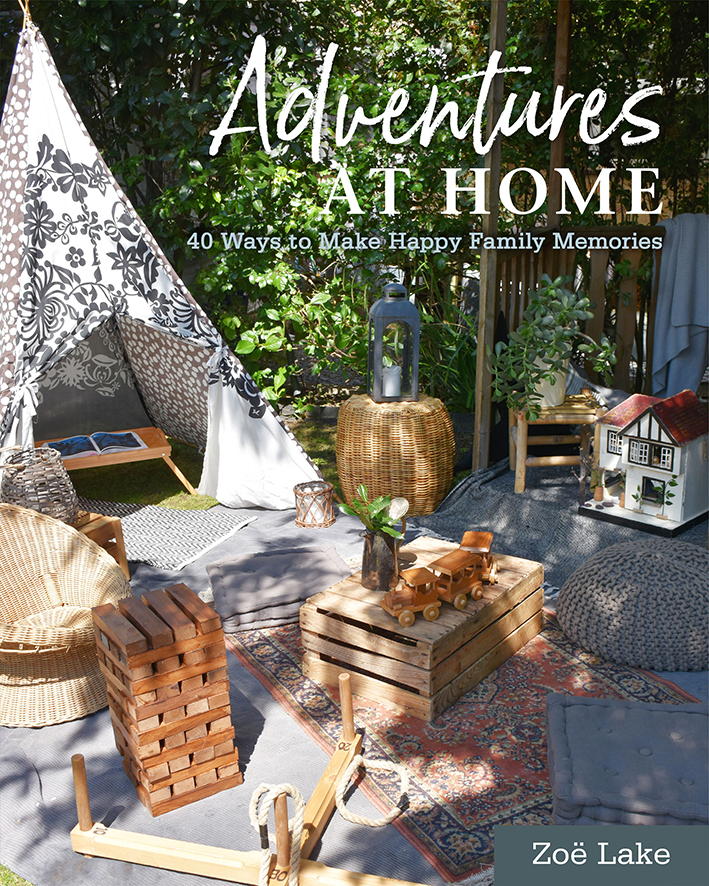 One of the side-effects of living with a global pandemic for two years is that we’ve all become accustomed to having more time on our hands. It’s a strange but true observation that when there’s not much to do, time seems to stretch out far more than on days that are punctuated by the routines of a more familiar existence. These are the thoughts that have crossed Zoë Lake’s mind, and she says as much in her introduction to Adventures at Home, or ‘40 Ways to Make Happy Family Memories’. It’s all right for us adults because we can dust off the list of things that we always meant to do and never quite got around to. But when it comes to filling up that time for the kids in your life, it can all be a bit of a challenge for the grown-ups. Sensing that there could be a wider public out there thirsty for the fruits of her hard-won knowledge and experience, Lake has packaged forty of her finest suggestions, ranging from the relatively achievable (such as making some creamy tomato pasta), to the rather inventive (make your own natural insect repellent), to the unashamedly ambitious (host your own music festival in your back garden).

“A great passion of mine is making something out of nothing,” says Lake, whose inspiration for writing Adventures at Home came from her desire to entertain her daughter and husband. Nicely illustrated with photographs and other artworks, this is a book that you’ll keep returning to, and it might just save your sanity in the process. 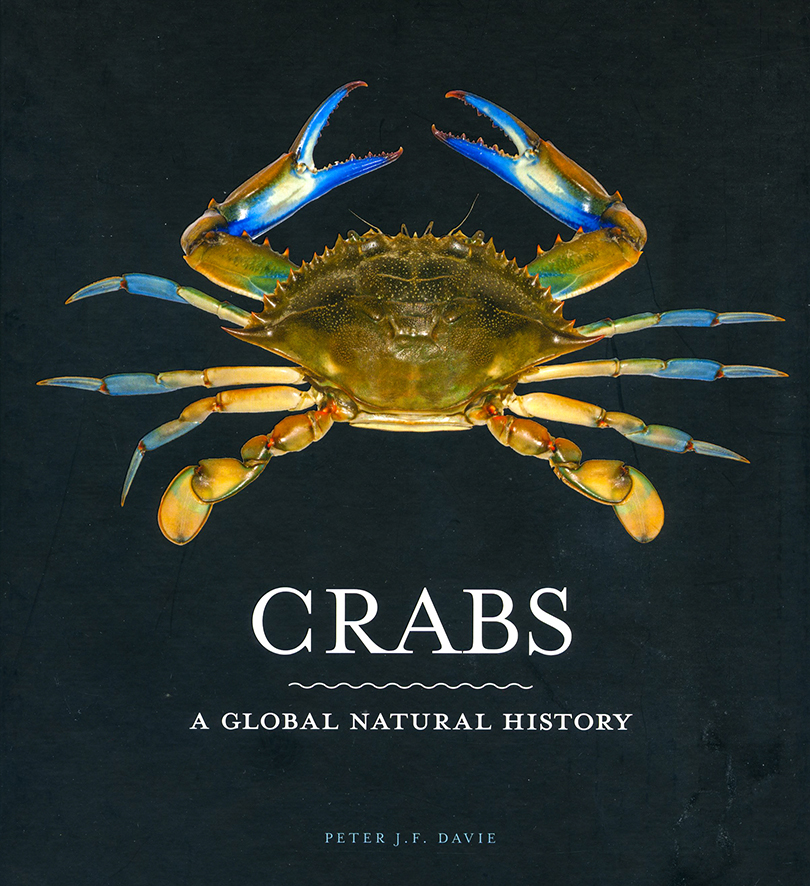 Living on the coast here in South Wales, readers of Bay will be familiar with common crabs such as the edible, hairy and shore. If you find these rather strange looking decapod crustaceans something of a mystery, then you could turn yourself into an instant expert with the help of Peter J.F. Davie’s superb Crabs: A Global Natural History in which you’ll get to know pretty much everything the layperson needs to know about these creatures that date back to the dinosaur era. As Davie says, the word ‘crab’ conjures up many images “with seafood being predominant amongst them”, and he seems to be quite crestfallen by the fact that the human species attaches great commercial and nutritional value to them as we munch our way through more than 150 million tonnes every year. Not surprisingly, Davie prefers to see crabs from an ecological point of view, and we barely get a few pages into his wonderful book before he is patiently explaining their rich diversity and the crucial role they play in maintaining the wellbeing of the planet. They’ve conquered nearly every habitat on earth, from the freezing blackness of the ocean floor to mountain forests thousands of metres above sea level. But it’s not an easy topic to write on – the classification chart for these beasts takes up two pages – and so there are times when Davie’s text takes quite a scientific path. All of which means that Crabs: A Global Natural History can be heavy going from time to time. But don’t worry, there are still the photos to look at, and they’re superb. 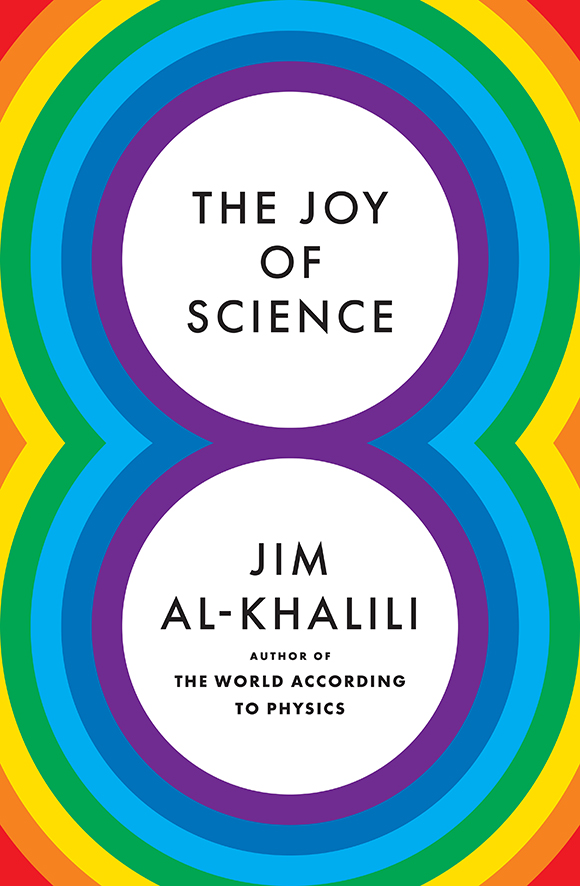 You already know his voice as the presenter of Radio 4’s science programme The Life Scientific. But what you may not know about Jim Al-Khalili is that he’s more than a media talking head. The Iraqi-British theoretical physicist is also a prolific author who with his latest book – The Joy of Science – is set to reveal how eight lessons from the heart of science can help you get the most out of life. Today’s world, says Al-Khalili is unpredictable and full of contradictions, with the result that navigating its complexities while trying to make the best decisions is far from easy. What we need, and what’s presented here, is guidance on how to unlock a little clarity, empowerment and pleasure in thinking so that we can live more scientifically. In this brief guide to leading a more rational life, he invites us to think about the world we live in as scientists do. And it’s quite an eye-opener.

The scientific method has served humankind well in its quest to see things as they are, says Al-Khalili, and underpinning that method are core principles that can help us to navigate life more confidently. Discussing the nature of truth and uncertainty, the role of doubt, the pros and cons of simplification, the value of guarding against bias, the importance of evidence-based thinking, Al-Khalili shows how the powerful ideas at the heart of the scientific method are deeply relevant to the complicated times we live in and the difficult choices we face. His big idea is that you’ll come away from The Joy of Science able to think more objectively, to see through the fog of your own pre-existing beliefs, and hopefully lead a more fulfilling life.