We are fast approaching spring as I write, though it’s still a little cold to be doing a full inspection on the hives. Opening the hives to do a complete check of frames at this time is likely to chill any new brood and upset the workers. Therefore, a quick lift of the crown board to peer in to see how the food stores are holding up and to do a quick head count is all we dare do. We have also done a visual inspection in the apiary and some tidying up in preparation for the year ahead. The landing boards on the hives are seeing pollens from early flowering spring plants being taken in by the foragers. Snowdrops are appearing, along with the crocus, catkins and some early gorse. I don’t mention the daffodil as, although they are starting to shoot and look pretty, the bees seldom forage on them. It is thought that as daffodils have been genetically manipulated over time by breeders, they have lost a lot of the qualities which made them attractive to our pollinators. These include a reduction in scent, sweet nectar and nutritious pollen, and for that reason our bees may not frequent them as often. 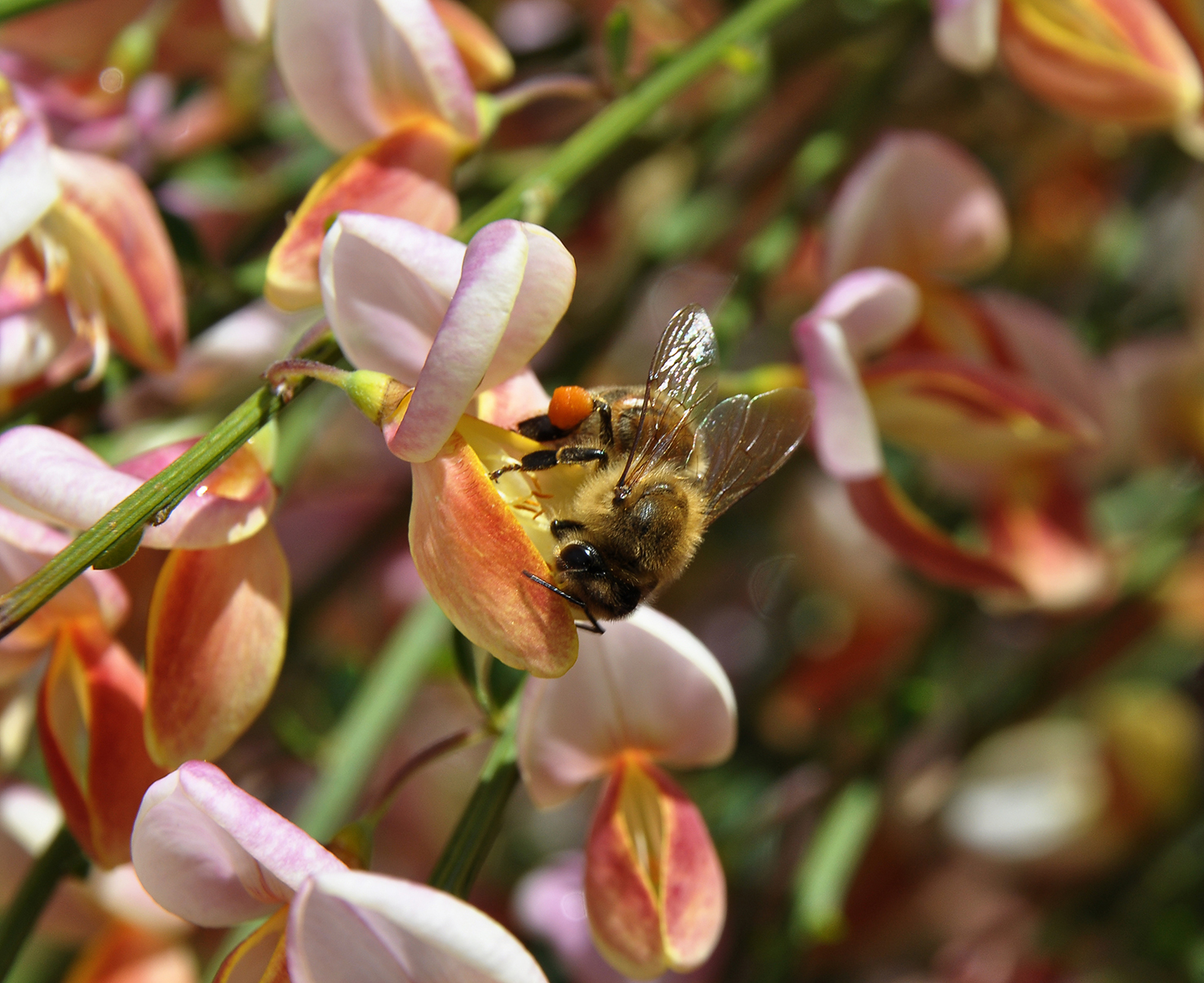 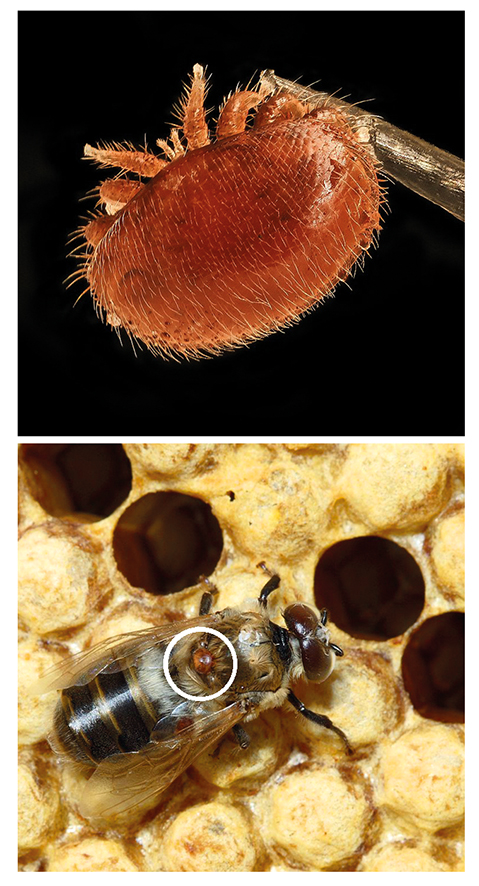 TOP: Close-up of a Varroa Mite ABOVE: Varroa mites on bee

We have recently treated all our colonies to ensure that our bees remain in good health. Treatments are administered to control the level of mites within the hive.  Varroa is a parasitic mite which attacks the honey bee and its larvae.  They originated in Asia, arriving in the UK in 1992, and are the leading cause of honey bee mortality worldwide.  Varroa can infest beehives and lead to the death of a honey bee colony if left untreated. Varroa can travel to other honey bee colonies by hitching a ride on its host in swarms. They attach themselves to adult bees who then carry the mites into the brood cells before the cells are capped over.  Mites then feed on the larvae’s body fat. They weaken their hosts, making them susceptible to other diseases and viruses.  They can also infect other pollinators such as bumble bees and wasps.  To keep our bees healthy, a number of different options are available to us as beekeepers.  Thymol is a naturally occurring oil, distilled from the herb thyme and others and is a common treatment. It also helps prevent fermentation and mold production with the hive.  Amitraz is used in some applications and has the benefit of not being temperature dependent meaning it can be used later in the year with great success.  Many beekeepers also use oxalic acid vapour treatments which are very quick to perform. We gave our bees their main 6 week treatment at the end of autumn after the honey supers had been removed. Late winter, early spring is an appropriate time for us to do our second treatment before the queens begin brood laying in earnest. The two treatments we have given should be enough to protect our bees until the end of this summer and until this year’s honey crop can be harvested.

As we approach spring, we need to be thinking about food and forage for our pollinators for the coming year. Wildflower seed bombs are currently a popular choice and they are easy to make with your own choice of annuals, perennials and grasses. Think about plants which will flower at different times of the year.  We like larkspur, cosmos, chrysanthemum, chamomile, birdsfoot trefoil, sorrel, night scented stock, borage and poppy to name a few. You can mix a cup of seeds with 5 cups of compost and 2-3 cups of clay soil or powder.  Mix it all with water until you can form small balls.  Personally I prefer golf ball size, a little larger than those commercially available. Leave them to dry and then plant as you wish.  Get the landowners permission if you are going to put them on land which is not your own.  If you are concerned about birds eating your seeds just mix in a little paprika and the birds won’t touch them.  Paprika does not harm them but they will avoid it. 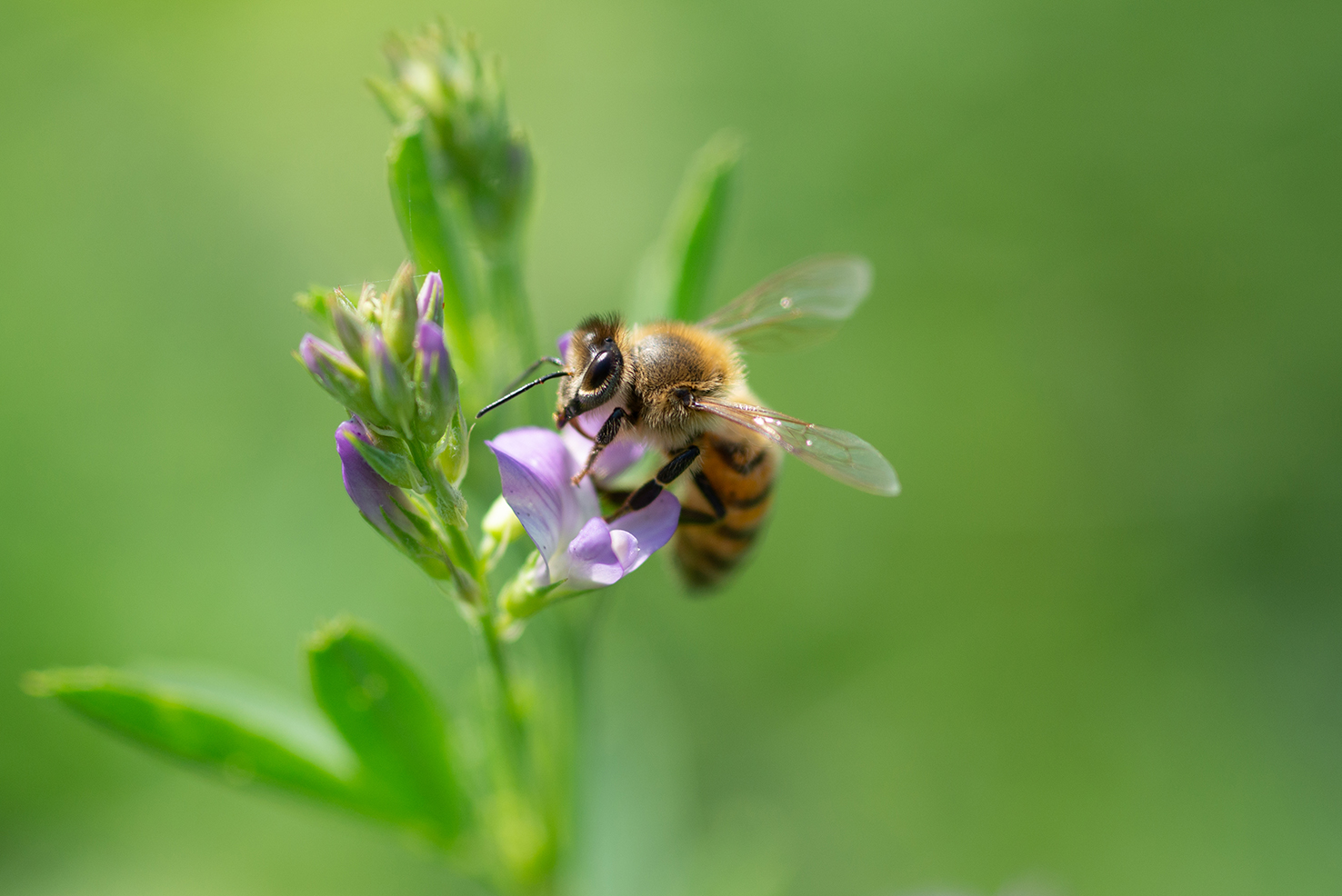 When the weather starts to warm a little, we’ll be back up to the hives for our first main inspection of the year. We’ll let you know how it goes!

Fascinating facts.  We have around 270 different species of bee in the UK.  Almost 250 of these are solitary bees.  There are only 9 honey bee species worldwide!  One in every three mouthfuls we eat is food pollinated by bees.