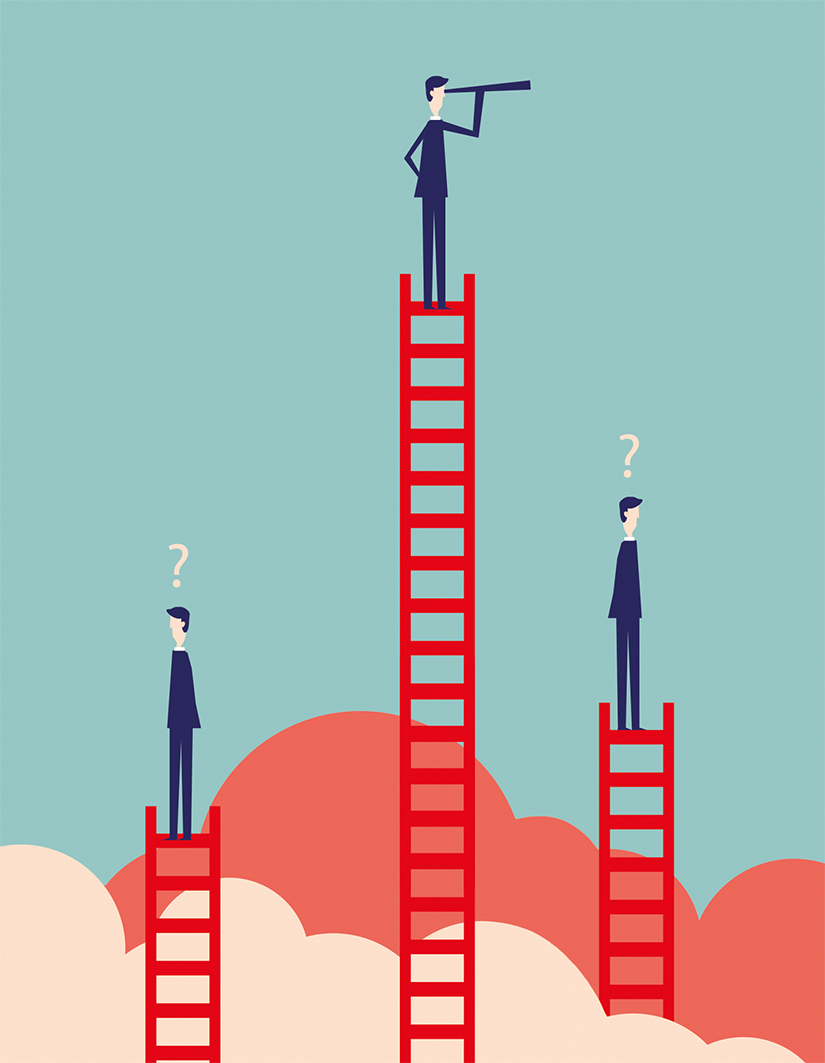 Abraham Lincoln and countless others have used this phrase, over the years and I first came across it from an advertising, creative and marketing genius who totally changed my business thinking way back in the late 90s.

The guy in question had worked for the famous advertising agency, Saatchi & Saatchi. He stressed the importance of really digging deep into the business of our existing and target clients to under-stand precisely where they were right now, their history and most important-ly… where they are going to be in the future.

It sounds simple enough, but the level of detail involved to gain this information, needed a much more disciplined approach and a move away from my own “let’s conquer the world now” entrepreneurial and business spirit at the time.

I had to take a step back to move several steps forward and do detailed research, prepare a strategy and then execute – not something a gung-ho and sales focused business owner wants to do when trying to rapidly grow their  business.

But the results were more than worth it, and the process became a core part of my overall sales and business philosophy.

I was dealing with large corporations – Ericsson, Nokia, Siemens and the other technology giants that were pioneering advances in mobile communications and by learning to really get under the skin of their businesses, I was able to have much deeper and more meaningful conversations with executive leaders, which really propelled me ahead of my competitors, who were too busy fighting for the day-to-day business of the “now,” while I focused my attention on the future.

Rather than doing my job of running a recruiting and staffing services business, I was acting more like an investment banker, studying, and predicting industry trends, looking at how they would affect the industry and then using the information to shape my business.

Clients loved it and today, in my capacity of a business coach and men-tor, I encourage my clients to do the same…no matter what their business.

Going deep into the future of any industry, allows you to better understand what’s going on right now and in my case, because I had taken the time to think about and understand what could happen next, covering potential risks as well as rewards, it gave my clients more confidence in giving me more business for the present!

In the early 2000s, I started a small technology services business in the US that would help mobile operators such as AT&T predict the capacity of specific areas of their networks to deliver their services more efficiently.

I partnered with a mobile network specialist and a Doctor of Applied Mathematics who specialised in devising mathematical models to predict the performance of the network, to avoid those all-to-common issues of dropping calls and generally avoiding the network congestion that was, and still is, creating havoc within the industry.

For me, it was the more precise and scientific validation of the words that came from the creative guy some years earlier.

With this venture, we were way too early because the technology of operations research (OR) was not new, but the specific application to the industry at the time was generally not widely understood.

In fact, around ten years ago, I was sitting on a plane next to an OR specialist who was flying around the globe, visiting key offices of the airline who employed him, trying to win over key executives to use and adopt the same technology!

The airline was a huge global carrier who, like all airlines, struggled with basic route planning – they were trying to work out the optimal routes to fly from their hub, that would deliver them as close to a full passenger quota on the outward and return journeys, to optimize the efficiency of their planes.

And this was only one aspect and, in my industry, OR provided a solid foundation to add artificial intelligence, which is offers a whole new dimension on predictive modelling.

Our brain is predictive

Lisa Feldman-Barrett is a distinguished professor of psychology at Northeastern University, and she talks about the brain being predictive and not reactive – she explains that all of our neurons are constantly firing and stimulating one another and at various rates, in an effort to predict the future based on past experiences.

If you can relate to the work of Feldman-Barrett, then it is easy to understand the trans-ition from human to artificial intelligence (AI), which without doubt, will dominate our future.

AI is not going away, and it will severely disrupt industry as a whole – machines have the capability to process vast amounts of data, model scenarios and predict outcomes…in record times, which are getting faster by the day.

AI is clearly an invaluable business tool and, in my opinion it will prove to be a serious threat to the existence of humans…but that’s another story!

So, no matter what business you are in, or looking to start, take some time to dig deep into the dynamics of your industry.

Look at how the industry evolved, and the problems associated within it – look at the money flow into the industry and who is providing it – then take a look at the future of the industry from both the investment and operating perspective.

Look at the opportunities, but don’t neglect the risks, no matter how negative they are.

Once you have a picture in your mind, you can start to look at various “what-if” scenarios.

In my staffing business, I knew that with the looming market de-regulation, there would be an influx of new service providers – there would be a global shortage of talent and even more importantly, the talent needed to be flexible enough to travel across the world at short notice, working on a project basis, rather than being employed in the traditional sense.

The information was concluded by looking at the bidding and awarding of new operat-ing licenses to service providers, the head-count of the technology providers and the timeframes involved.

Plus, I knew that there was a serious amount of talent available from the military, who were used to rapidly building communi-cations in battlefield conditions, so in peace-time, it would be easy.

I formed strategic alliances with the re-settlement departments within the services to talk about the future opportunities.

It wasn’t rocket science…if you had taken the time to do the research, but most of my competitors were too content in working in the “now” and were left behind when it came down to having strategic discussions with high-level executives of the main companies involved.

Very quickly we came up with a term called the “virtual workforce” and it was the concept of having an external workforce available on demand, anytime and anywhere.

I’m scratching the surface here just to give you some food for thought, so use your imagination and technology to help you and you will be amazed as to how the thinking will translate into effortless conversations that will inspire yourself, employees and of course, your clients.

Back in 2000, one of my former business partners was obsessed with delivering recruitment and staffing services through a dedicated tv channel – asking for my opinion and over a few beers one evening, I simply pointed out the simple fact of the Internet.

I wasn’t trying to be clever, rather I was simply explaining to him that although the adoption of the Internet was, at that time, confined mainly to email and basic “shop front” websites, it was going to revolutionize our lives in the not too distant future…and I said this because I was working in the heart of it.

Any analyst would have said the same and even if my former partner had commissioned one to prepare a risk analysis of the business model, he would have had an independent viewpoint to challenge his thinking, which would have no doubt concluded the same.

But we entrepreneurs don’t like our ideas to be challenged and the venture ultimately failed, costing a small fortune – could it have been avoided?

Absolutely…but there is another component of entrepreneurship that I will address next month and one that has plagued me over the years and has become another key part of my core business and entrepreneurial philosophy:

“Don’t get married to your business or ideas.”