This month Charles looks into two of the nation’s favourite sports, golf and football.

Golf itself has a long history, even though it’s a little uncertain as to when it was first originated. It was during the 15th century that it was first developed in Scotland and involved hitting stones with sticks in sand dunes on the east coast. However, it wasn’t until the 19th century, that it finally had international popularity.

The Golf Champion Trophy, otherwise known as the Claret Jug

, is a trophy presented to the winner of The Open Championship. The silver trophy was acquired after the original Challenge Belt – made from red leather and a silver buckle – had been won by Young Tom Morris, on three consecutive years, 1868-70, thus allowing him to keep the award.

The winner of the first tournament in 1860, was the Scottish professional golfer, William Park Sr. The subsequent years saw the winners as either the aforementioned William Park, or father and son, both having the same name, Tom Morris – one Old and the other Young! 1871, was the first year that the tournament was cancelled, due to fact that there wasn’t a trophy available. Apart from the war years, it wouldn’t be un-til 2020 that the tournament was cancelled again this time due to Covid.

In 1871, Prestwick reached an agreement with both the Royal and Ancient Golf Club of St. Andrews and the Honourable Company of Edinburgh Golfers, to rotate where the tournament was to be held. Each of the clubs contributed £10 (£832 in today’s money) to the cost of a new trophy. By the time of the 1872 tournament the trophy wasn’t ready to award to Young Tom Morris, however, his name is engraved on it.

Both William Park and Young Tom Morris were to share the number of wins – 4, until 1910, when James Braid won his fifth tournament.

The local golf courses – Clyne, Langland and Pennard are highly rated. All of the golf courses are 18-holes. In 1896, Pennard was established having been designed by the aforementioned James Braid and Charles Kenneth Cotton. 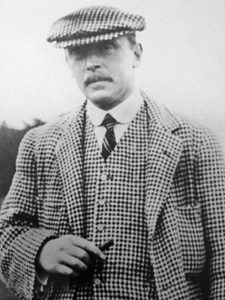 James Braid also designed and established Langland Golf Course in 1904. It wasn’t until the 1902s when Harry Colt , who also played during the 1891 Open Champions, designed Clyne.

Moving on from golf to football.

The earliest reference to football dates back to 1314 when Nicholas de Farndone, Mayor of London issued a decree banning the game as it was noisy and caused a disturbance.

In 1710, football being played in Cambridge University is first mentioned. During the 19th century, foot-ball became increasingly significant in public schools, and by the 1820s, public schools started to devise their own rules. By 1863, football rules were standardised for the modern game, but not as we now know them. 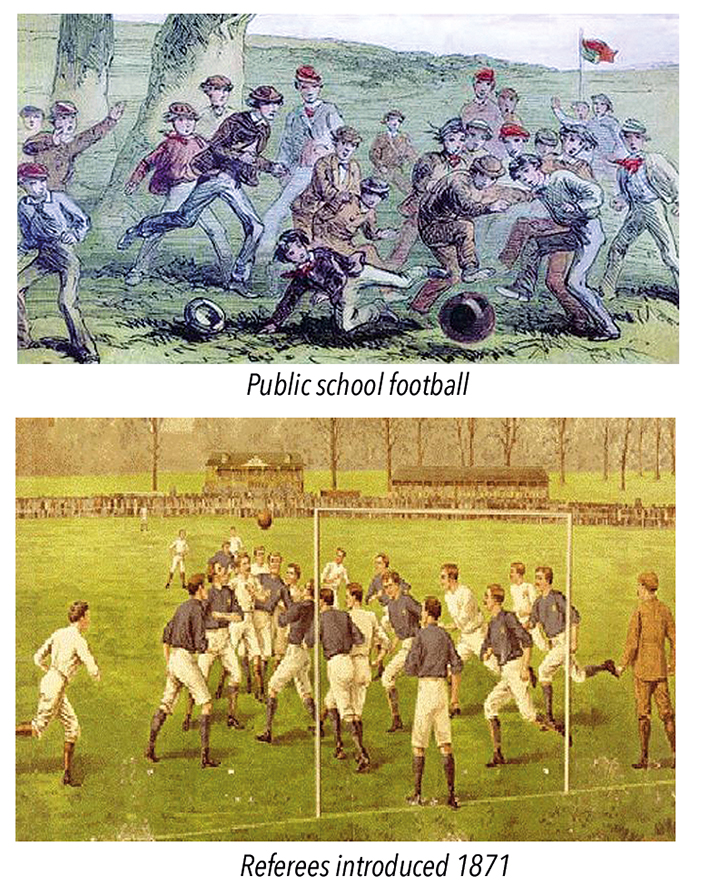 No crossbar was used and the goal hadn’t a specified height limit; if a player caught a high ball, he was awarded a free kick; if the ball crossed the side-line, it was the first player to the ball that was awarded the throw-in and throw-ins were made with one hand.

Referees weren’t introduced to the game until 1871, and this year also saw the start of the FA Cup Competition. Prior to this date, The Football Association formed in 1863, saw member clubs playing friendlies and there were no prizes at stake.

By 1871, each of the clubs at this time, of which there were 50 who could have entered the tournament, only 12 chose to do so. Each of the teams consisted of 11 players, and the game lasted 90 minutes. There wasn’t any extra time, and if the game ended in a draw, it could be replayed or both teams would proceed to the next round. There were 3-rounds, a semi-final and finally a final.

The finals were played at Kennington Oval, until 1923, when Wembley Stadium opened, and it hosted the final. It wouldn’t be until the 1913-14 tournament that Swansea City FC first entered, losing out in the 2nd round against Queen Park Rangers. 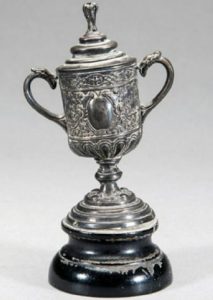 The first final, played on the 16th March 1872, was between Wanders and the Royal Engineers.  Wanderers won 1-nil, with the winning goal being scored by Morton Betts. They went on to be awarded the ‘Little Tin Idol’. 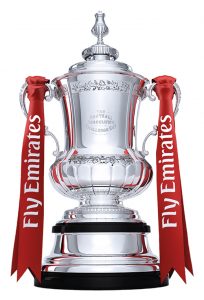 The ‘Little Tin Idol’ (bottom right), was a trophy made by Martin, Hall & Co, costing £20. In 1895, Aston Villa, winning that year’s tournament placed the cup in the window of a Birmingham shop so that fans could see it, but it was stolen one night in September. Aston Villa was fined £25 for a replacement to be made. This replica was used until 1911 when the trophy was redesigned to the one that we see today  which was named the Football Association Challenge Cup or for short FA Cup!

The story doesn’t end there – 60 years after the theft, career criminal, 80-year-old Henry James Burge claimed to have stolen the cup, with two other men. The police could see there was no realistic possibility of a conviction and they closed the case.

At the start of the next football season, August 2022, I would like to write an article about the Swans during the 70s. Please get in touch via the usual ways. (please see contact details at start of article)

Relatives sought. The Common-wealth War Grave Commission would like to erect a military headstone for John William Sommers, who is buried at Oyster-mouth Cemetery.  John, born 22nd April 1900, served with the Royal Navy, enlisting 3 October 1915, and served on HMS Impregnable. His last posting was at the HMS Vivid I, shore establishment.

If this rings any bells, do get in touch.

I was delighted to receive notification from one of our readers who had benefitted from Charles’ research, and with her permission I reproduce it here so you can see what a good job Charles does when he delves into the archives. Lesley

I really enjoy reading the Bay magazine, and have always admired the quality and standards of the writing and illustrations.

I was, therefore, thrilled to be one of the lucky winners in the recent competition in the family history section.

It was such a lovely surprise and I was genuinely pleased with the results from your resident researcher. I was so pleased in fact, that I asked whether I could have my family ancestry researched further.

I would like to say a massive thank you to Charles Wilson Watkins for the amazing job he did researching my family trees. I cannot express enough how thrilled I was to see my ancestry stretching right back to Tudor times.

He blew away several family myths too!

I had always been led to believe, as was my father, that he had been named after his uncle that had been killed whilst serving in WW1. I really wanted to find out where this great uncle of mine had died and been buried. Alas, there wasn’t an uncle with that name, or, that had died in that period of time!

This was only one of several inaccuracies handed down by word of mouth within the family.

There was no gentry, or infamous people and no royalty. Just a very ordinary family.

One of the loveliest parts was seeing the tree of my great grandmother who I had been led to believe had come from the Orkneys. This was found to be true and, as I had a very dim recollection of seeing her whilst I was a child, it brought her back to my memory.