If you’re in the market for a premium or luxury SUV, these days you’re not exactly stuck for choice. The Range Rover probably remains the first one that springs to mind – it was perhaps the first luxury SUV of them all – nevertheless, the likes of Audi, BMW, Maserati, Mercedes, Porsche, and Volvo, all now produce high-riding, rugged(ish) looking family wagons that promise the ability to go almost anywhere but will probably never stray more than a grass verge’s width away from the tarmac. From Bentaygas, via Levantes, Macans and Urus, to Q7s, X7s, and XC90s, the choice is yours. Even Rolls Royce is in on it; they’ll sell you their Cullinan should your budget stretch to such things. And despite once protesting that they’d never make one, Ferrari are currently developing an SUV of their own – spy shots of it in production and on the roads around Ferrari’s Maranello HQ recently set the automotive internet pages well and truly alight.

And it is into this fiercely fought-out and salubriously suburban four-wheel drive fray, that Genesis has recently launched their GV80.

Hang on! Who? And they’ve launched a what?

Fair enough, the chances are you’ve probably not heard of Genesis. Well, not the motor manufacturer anyway, I’m sure you’re already quite well-versed in the Old Testament version, and of course one or two verses according to Peter, Phil, Mike, Steve, and Tony – or a combination thereof. Jesus he knows them, apparently – well, at least three of them, I heard. 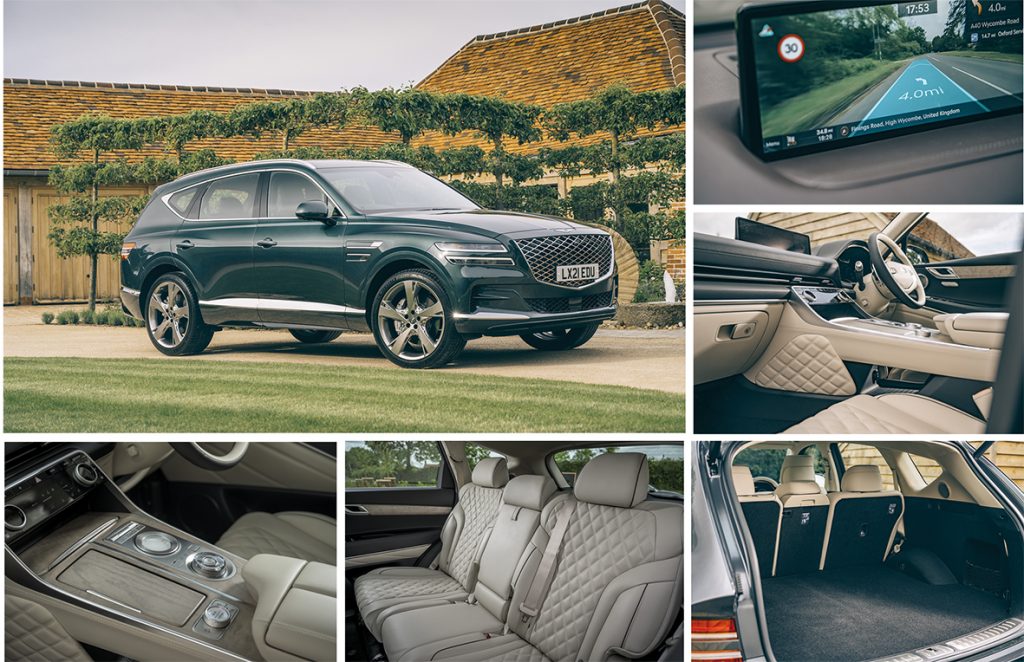 I digress… Genesis is to Hyundai, what Lexus are to Toyota, Acura is to Honda (albeit in certain markets), Infiniti is to Nissan, and what Citroen hope DS Automobiles will become: Genesis is Hyundai’s premium brand. Think thick, quilted, napa leathers, premium infotainment systems with 14.5 inch touchscreens, solidly engineered soft-shut doors that close with an almost Germanic feeling clunk, beautifully digital dials, knurled aluminium knobs, and real wood trim. There’s a self-parking system, and even the rear seats are heated. Honestly, funky blind-spot warning camera systems aside, the Genesis GV80, and the also recently launched (and equally well-appointed) Genesis G80 saloon, are about as far removed from a Hyundai hatchback as it’s possible to get.

Genesis’ plan is to launch seven new models over the next 12 months, three of which will be all-electric. However, for now at least, your choice of power plant behind that unashamedly Bentley-esque chrome lattice of a front grille is either a 3.0-litre diesel or a 2.5-litre petrol. It’s the latter, coupled to an 8-speed automatic gearbox that was fitted to the GV80 Genesis were kind enough to lend me – in luxury, seven-seater spec no less. Prices start at £59,600.

It’s clear from the outset that Genesis has set this particular Sports Utility Vehicle up to major on comfort rather than anything remotely approaching sporting. The steering is light, and not exactly what you’d call brimming with feedback, and the throttle response feels a tad spongey at when pootling along in traffic – or is that the hesitancy of the gearbox?

The GV80 is equipped with a camera system that scans the road surface and adjusts the dampers to suit. On smoother surfaces and at higher speeds it works quite well. But again, it’s at more modest velocities where the GV80 feels as if it’s not quite the fully polished product it’s so desperately aspiring to be. Tick the box that bags you the blingy 22 inch rims, and the low speed ride is distinctly more fidget than it is float.

And that, in a roundabout way perhaps, brings us on to the whole Genesis buying experience. It’s all done online, or via Genesis ‘Studios’ that you’ll find in upmarket shopping centres rather than amongst the other car dealer’s showrooms on out of town retail parks.

‘Service over sales’ is the Genesis mantra. A Genesis personal assistant will take you through the whole process from test drive to delivery, and on to after-care, too. Your PA is salaried, not on commission like a car salesperson. So (supposedly) there’s no hard sell.

Every Genesis comes with a five-year care plan covering warranty (with no mileage limitation), servicing (only up to 50,000 miles), roadside assistance, courtesy cars and map and over-the-air software updates. And if you’re still struggling to figure out how to make everything work after you’ve taken delivery, the very same Genesis personal assistant that set-up the initial sale will come to you, again and again, until you’re fully (ahem!) up to speed.

But what you really want to know is should you buy a Genesis GV80 instead of a more established premium SUV.

That’s genuinely not easy to answer. Ride aside, the GV80 does every-thing a premium SUV should, and it feels every bit as well built as one should too. As an unknown brand (in the UK at least) it’s hard to know how residual values will fare, and as there’s no hybrid or fully-electric option yet it’s hard to recommend a GV80 to someone looking for a new company car. 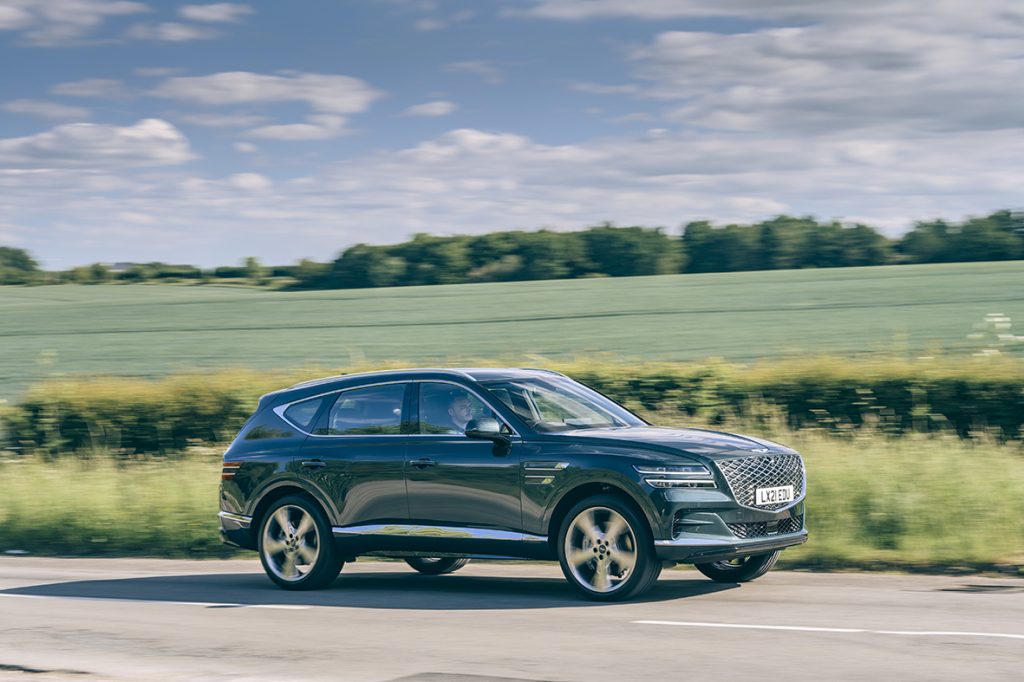 Only time will tell if Genesis becomes a revelation.