Swansea Bowling Club has its headquarters at 59 Bryn Road, Brynmill, Swansea SA2 0AP and was established on 16th May 1912, when the first match was played. 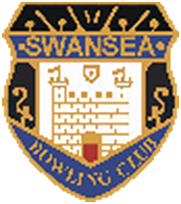 The ground was leased from Colonel Morgan, and a company was formed with a capital of £1500 of which a large port-ion was spent on enclosing the green,  laying the turf and building the pavilion.

70 members joined the club initially and it be-came affiliated to the Welsh Bowling Association.

The club continued to prosper until on Easter Monday in 1998 catastrophe struck with a devastating fire destroying the pavilion, and all records were lost.

The club rallied around and with great resilience from the members managed to raise the funds to rebuild the pavilion which was opened on May 7th 2000.

Since then the club has gone from strength to strength with teams entered in the City and County Bowling Association and Welsh Private Greens plus several Cup competitions.

The club has a strong social scene with regular events such as quizzes and musical evenings.

Each year a tour is organised to different parts of the country to incorporate bowls matches and sightseeing.

The club is always looking for new members of all ages and has several qualified coaches and plenty of equipment for new recruits to try the sport.

Bowls is a game that people often take up when they stop playing other sports such as football, rugby and tennis.

There are open sessions for people to come along and try the game on Monday evenings and Wednesday afternoons.

There will be an Open Day on Sunday May 8th 2022 at 2pm to encourage new members.