Spring is fast approaching and so does the activity in the beehives of Marcus and Shelley Treadwell in Penclawdd. Here’s the latest news from Garddfach.

It’s a critical time for the bees, as they begin their spring activities. The queen is increasing her egg laying and the bees need to feed the larvae.  Pollens from the flowers and trees are being collected and stored in the hive on the warmer, drier days. These activities mean the hive overall is becoming more active and in turn all bees are consuming more food.  However, the recent stormy, wet and windy weather has confined the foragers to the hive.  Bees can fly in the rain but the water can weigh the bees down and affect their flight.  Heavy rain and wind can also knock pollen from the plants, making them less beneficial for the bees and their foraging flights less productive.  Therefore, they are more likely to remain in the hive and be temporarily reassigned to other duties. For this reason, we need to keep an eye on the supplementary food stores. We’ve been checking the food stores week by week, and whilst no two hives are the same, some are going through half a kilo of fondant in a week. The fondant we use is basically sugar and is mixed with essential vitamins and amino acids which supplement the bees’ health and diet. This is essential when there isn’t an abundance of their natural forage available. 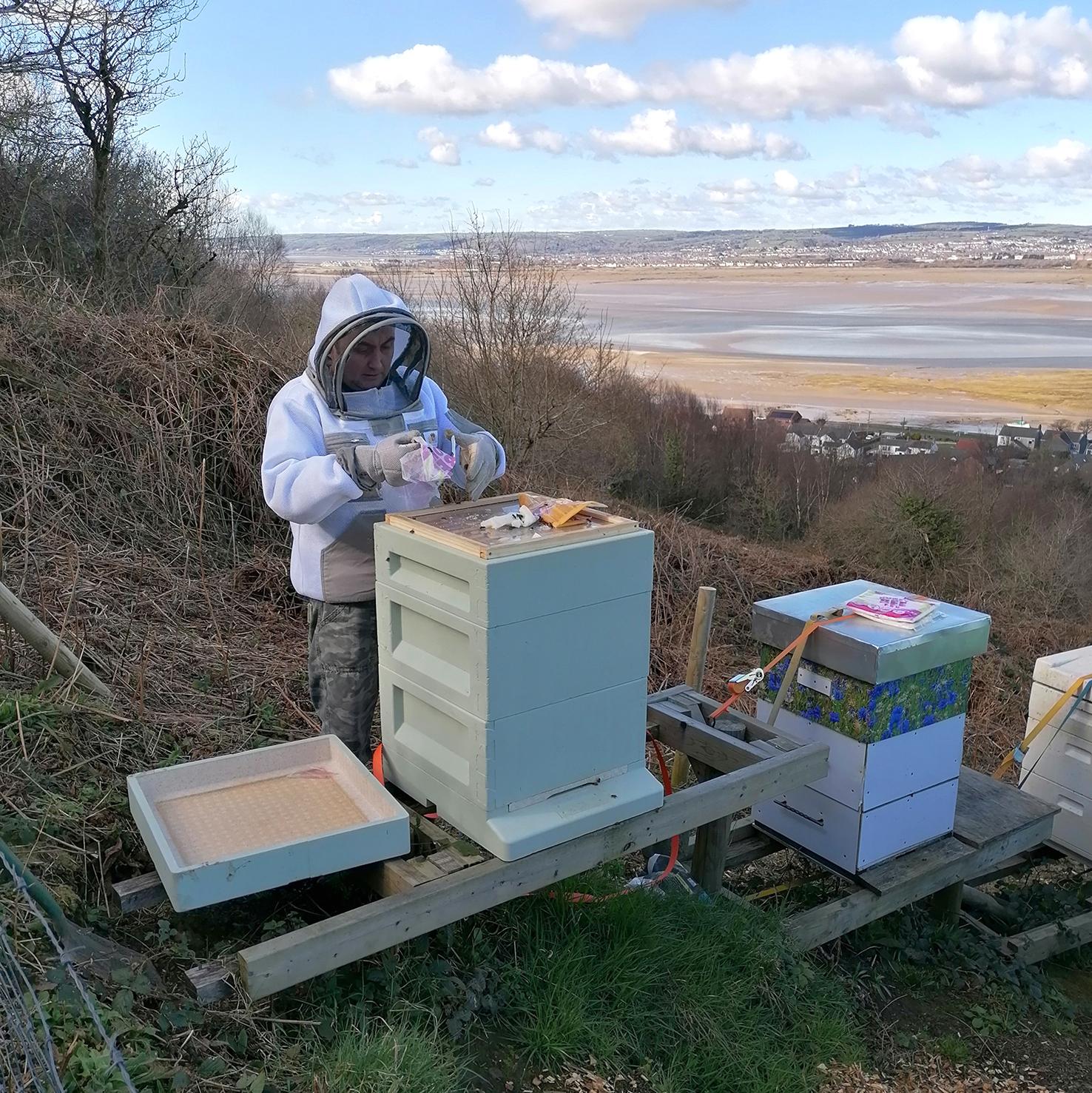 Whilst we were in the apiary, we did notice that there were a few drones flying around. Even though it’s quite early for the only males in the hive to be appearing, it’s also evident that there’s a lot of change happening in the beehive. A drone bee is stockier than a worker bee, he’s heavier, has a blunt abdomen and can’t sting. Drones are normally around 15-17mm (nearly 3/4 inch) with very big eyes. Just like the queen, drones take no part in any foraging or cell making duties, they can’t produce wax and they have no protection duties to perform. Their sole aim is to follow a virgin queen on her nuptial flight and try to mate with her. Once he’s mated with her, he dies. If they haven’t mated by September, drones are cast out of the hive where they will die. These early drones are a precursor to a big event for the hive… the bees are building up their colony to be able to swarm. That’s a subject for another day.

Pics from top down. Drone bee/Flying drone/Distinctive larger drones compared to smaller workers on a frame of capped brood.

The vast majority of the brood will be worker bees. Worker bees emerge in the hive after 21 days of development in their cell. They have a role within their community and their first job is to clean out the cells, starting with the one from which they were born. They also keep the brood warm. From about 4 days, they’re classed as nurse bees, first feeding the older larvae, then from 6 days they feed the younger larvae. A worker larva receives over 140 small meals in total! From 12 days old, worker bees produce wax to build the comb, carry food around the hive, and remove dead bees from within the hive. After 18 days their sting is fully developed, and they take on the role of guard bees, protecting the entrance from any unwanted advances. This may be from other bees, uninvited guests or pests. Finally, after 22 days, they’re old enough to fly out and collect pollen, nectar and water. During their foraging days, they will fly hun-dreds of miles. A bee’s wings are only capable of a finite number of flights and the effort and distance take their toll, causing the wings to look tattered around the edges. This appearance is a sign that a bee is close to the end of its life and it will eventually die from exhaustion. Generally, a worker bee will live for between 28 and 42 days during their active season. 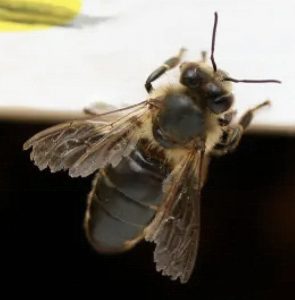 A hive of bees will fly over 55,000 miles to make a pound of honey and they can make over a hundred pounds of honey in a year. That’s a little over twice around the world. And a substantial amount of honey!