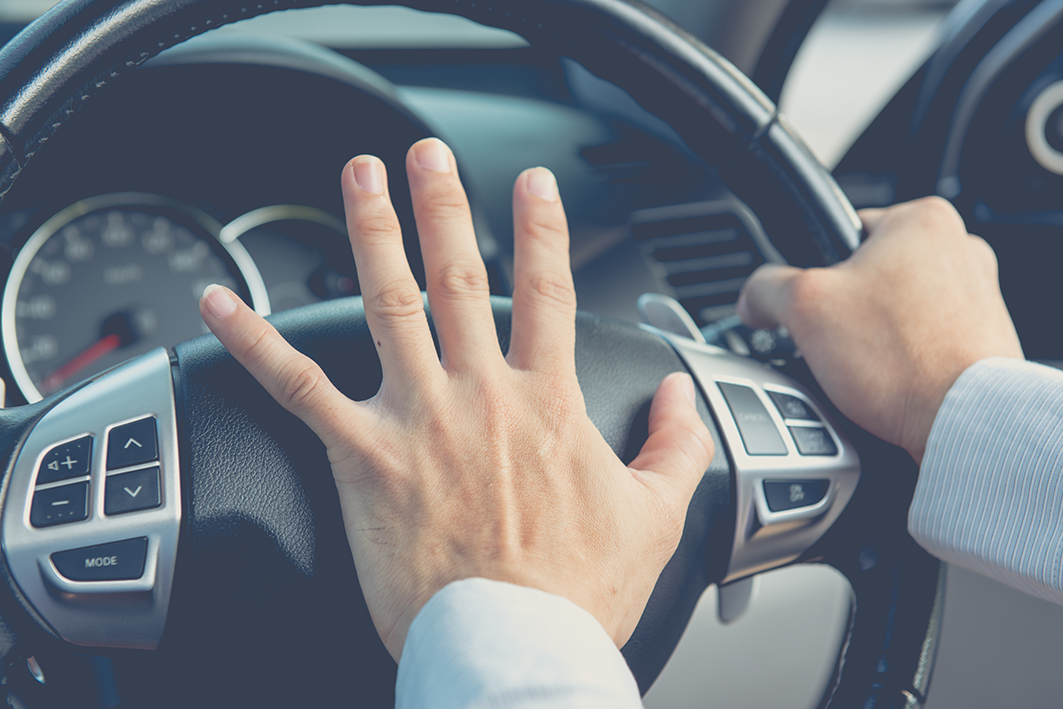 An estimated eight million motorists in the UK are running the risk of fines of up to £1,000 each for sounding their vehicles horn inappropriately.

New research commissioned by the UK’s largest independent road safety charity, IAM RoadSmart, has discovered that one in four (25 per cent) of the 1,000 drivers surveyed admitted they are likely to honk their horn at motorists driving too slow in front of them, while one in five (20 per cent) said that they have sounded their horn at learner drivers.

The findings are in stark contrast to the sound advice outlined in the Highway Code, which states that drivers should only use their horns when their car is moving and when they need to warn other road users of their presence. In the eyes of the law, motorists also mustn’t blast their horn aggressively because it is not a device to draw attention of other road users without viable and reasonable intention. Furthermore, it is also illegal to sound your horn while driving in a built-up area between the hours of 11:30pm and 7:00am.

The police possess powers to issue non-endorsable fixed penalty notices (FPN) of £30 for these offences. If drivers object to the FPN, they can challenge the decision in court, but if magistrates agree with the police, they have the jurisdiction to increase the fine to up to £1,000.

Neil Greig, Director of Policy and Research at IAM RoadSmart, commented: “Most drivers know the rules of the road when it comes to wearing a seatbelt or using a mobile phone. However, some lesser-known wrong doings, such as inappropriately sounding your horn, can also lead to serious consequences such as fines.

“Most importantly, not only are drivers running the risk of being faced with a hefty fine, but they could also be seriously risking their own, as well as other road users’ personal safety. Sounding your car’s horn aggressively or at an inappropriate time can seriously panic other road users, leading them to make rushed and risky decisions. Rather than being eager to sound your horn, we would urge motorists to keep calm and motor on!” 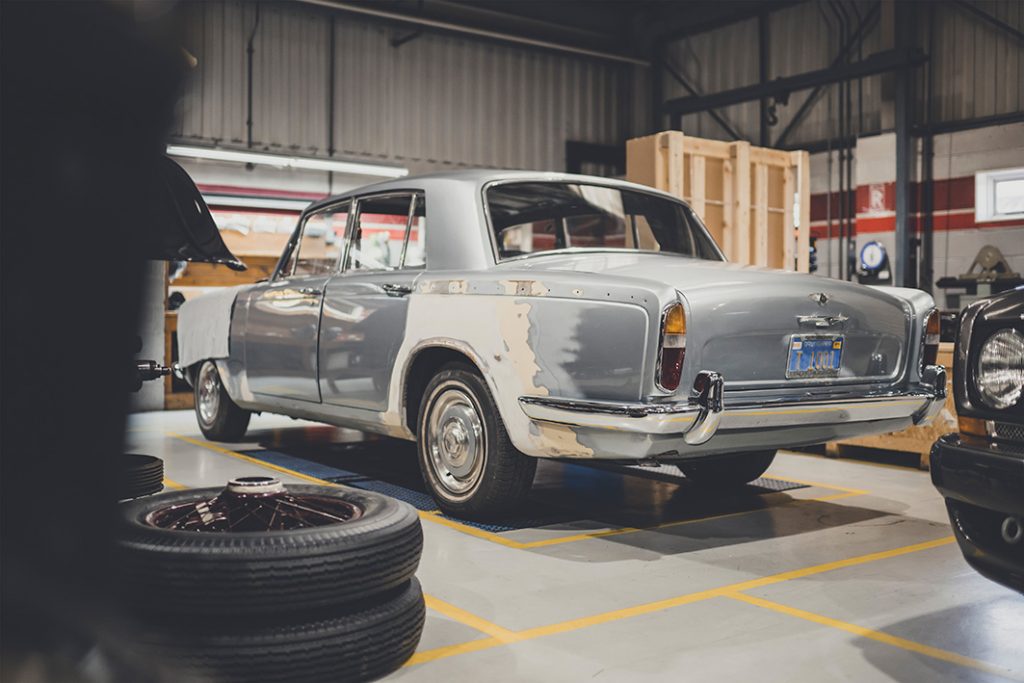 After decades of being off the road and in storage, the very first Bentley T-Series is being brought back to life after the start of a complete wheels-up restoration. The 6¼-litre pushrod V8 has been started for the first time in at least 15 years, and the engine and gearbox have proven to be in good condition despite their extended rest. After a restoration project stated to take at least 18 months and that will return the car to outstanding condition, it will be added to Bentley’s expanding Heritage Collection of road-going cars that together describe all 103 years of Bentley’s history.

The oldest T-Series completed manufacture on the 28 September 1965. Owned by Bentley Motors and destined for trials work around the world, the T-Series was finished in Shell Grey exterior paint and complemented with a Blue Leather interior.

The T-Series was originally announced and displayed for the first time at the Paris Motor Show on 5 October 1965 and was significantly different from its predecessor, the S-Type. Notably, the T-Series was the first Bentley to use a unitary construction method, using a monocoque in place of the separate chassis and body technique of every Bentley before it.

The 225 bhp, 6¼-litre V8 was originally designed and introduced in 1959 in the Bentley S2. At the time the engine achieved the highest specific output by weight of any production car in the world of 2.7 lb/hp (1.2 kg/hp). The engine was considered over-engineered at the time, but its inherent strength, reliability and development potential led to it becoming Bentley’s mainstay engine for the next 50 years. By the time the engine was retired in 2019, it was delivering more than double the amount of power and three times the original torque whilst producing 99 per cent fewer emissions.

In October 2016, a group of apprentices started the rejuvenation process for T-Series VIN 001. Starting with the removal of trim and the reconditioning of the Body-in-White, the T-Series started its journey to return to active duty. After initial preparations the work was put on hold whilst the introduction of the current product range and future electrification activities became more of a priority – but with renewed attention on developing the Heritage Collection, the car is now on course to make its return.

Hyundai IONIQ 5 Sweeps World Car of the Year, Electric Vehicle of the Year and Car Design of the Year 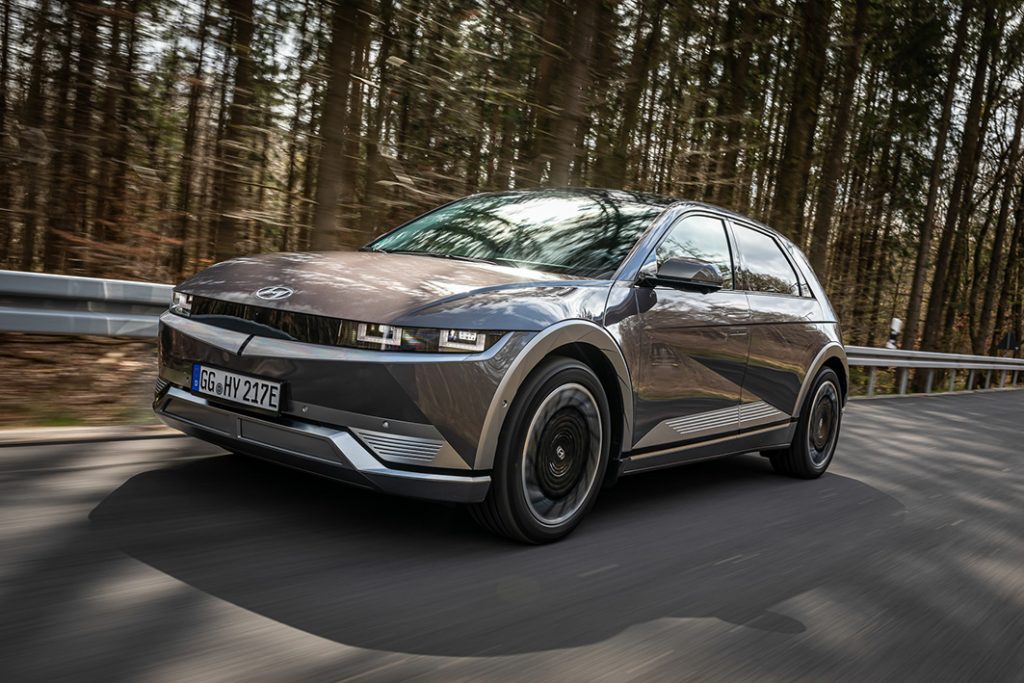 The highly acclaimed Hyundai IONIQ 5 won big at the prestigious 2022 World Car Awards, with the all-electric cross-over named overall World Car of the Year, World Electric Vehicle of the Year and World Car Design of the Year. World Car Awards revealed the results at a ceremony held at the New York International Auto Show (NYIAS).

IONIQ 5 was recognized by a jury of 102 automotive journalists from 33 countries around the world. The innovative battery electric vehicle (BEV), which has already won numerous international accolades, was considered alongside 27 competitor models launched in 2021, ultimately claiming victory over other finalists in all three categories in which it was nominated.

IONIQ 5 is the first model in Hyundai’s dedicated BEV line-up brand: IONIQ. It takes full advantage of a bespoke Electric-Global Modular Platform (E-GMP) architecture to offer 800-V, ultra-fast charging capabilities for a 10 to 80 percent charge in just 18 minutes and a highly spacious interior. The unique packaging needs of an EV mean the axles can be pushed right to the front and back of the car, providing much more space than a traditional vehicle. When equipped with two-wheel drive (2WD) and up to 77.4-kWh battery, its maximum driving range on a single charge will be around 470~480 km, according to the WLTP standard. Its features include Vehicle-to-Load (V2L) technology, advanced connectivity and driver assistance systems that offer the ultimate in-car experience.

“We are truly honoured to receive these prestigious awards, which recognize the talent and hard work of all our people and business partners at Hyundai Motor Company. Our vision is to enable Progress for Humanity, and this endorsement of our approach will serve to embolden our commitment to make this vision a reality,” said Jaehoon Chang, President and CEO of Hyundai Motor Company.

As Hyundai Motor transforms into a smart mobility solutions provider, the company is accelerating its electrification strategy to become the world’s leading EV maker. Hyundai plans to introduce 17 new BEV models by 2030, including Genesis luxury brand models, and aims to boost annual global BEV sales to 1.87 million units by 2030. 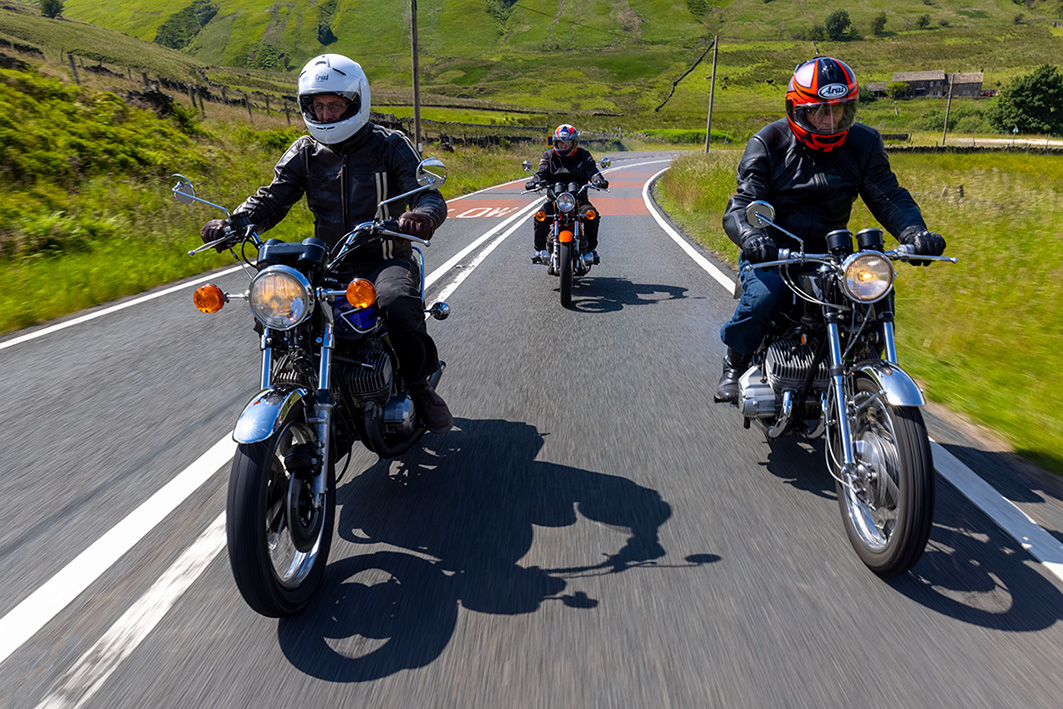 Hagerty International, an established insurer of classic motorcycles, have launched a brand-new film to promote their latest product for bikers. Perfectly timed for the start of the riding season, the new advert share the joys of classic motorcycling, showing friends riding together along beautiful country lanes, before arriving at the famous Ace Café in London.

Hagerty’s motorcycle product has an agreed insured value as standard, along with roadside assistance and recovery. Insure classic cars and bikes on the same policy and the policyholder may be entitled to a multi-vehicle discount, members of owners clubs may be able to claim additional savings. Motorcycles registered up to 1990 to be insured as a classic vehicle with Hagerty.

Interested motorcyclists should take a look at the Hagerty website for more information or call 0333 323 1138 to speak to a Hagerty expert. Online quotations are also available.

Hagerty is a sponsor of the Ace Café, putting their name to a number of car and bike events, as well as having permanent branding in and around the venue. 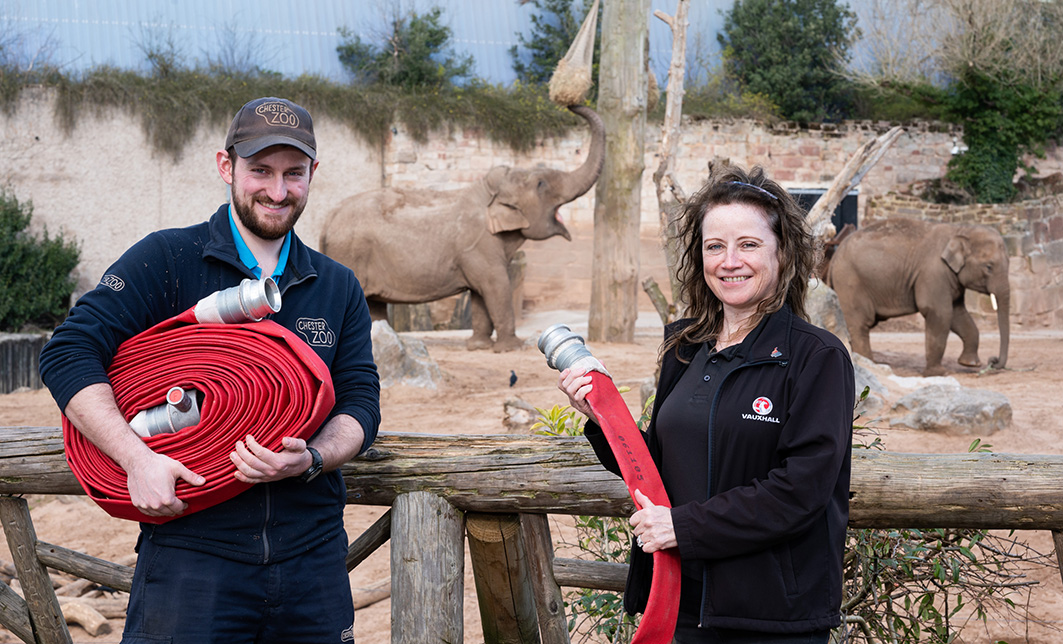 As Vauxhall starts its transformation of its Ellesmere Port plant into a purely electric vehicle manufacturing site, it has donated 50 fire hoses to Chester Zoo, which will be re-purposed to make hammocks, foraging tools and provide climbing opportunities for the animals at the charity zoo.

As part of the plant upgrade, Vauxhall was looking for ways to repurpose the 50ft long hoses which had reached the end of their life for firefighting capabilities. Following conversations with nearby Chester Zoo, the hoses will now become a regular site in the zoo’s elephant and ape habitats, fulfilling a diverse range of uses.

The hoses will also become a key tool for keepers caring for the zoo’s herd of Asian elephants. Acting as a foraging tool, the hoses will be attached to logs so the elephants can throw them around, while the keepers will also employ them as training aids.

Dr Nick Davis, Deputy Curator of Mammals, Chester Zoo, said: “At Chester Zoo our animal keeper teams are always looking at innovative ways to provide additional stimulation for the animals. The challenge is finding the right sorts of materials, but one tried and tested material is a fire hose due to its toughness and durability. As a major wildlife charity we’re grateful for this donation from Vauxhall.”

Last year, Stellantis announced a £100 million investment in Vauxhall’s Ellesmere Port manufacturing plant to transform the site for a new era in electric vehicle manufacturing. In the coming months, Ellesmere Port will become the first Stellantis plant to produce a solely battery-electric model, in both commercial and passenger versions, including the Combo-e and Combo-e Life, for both domestic and export markets.