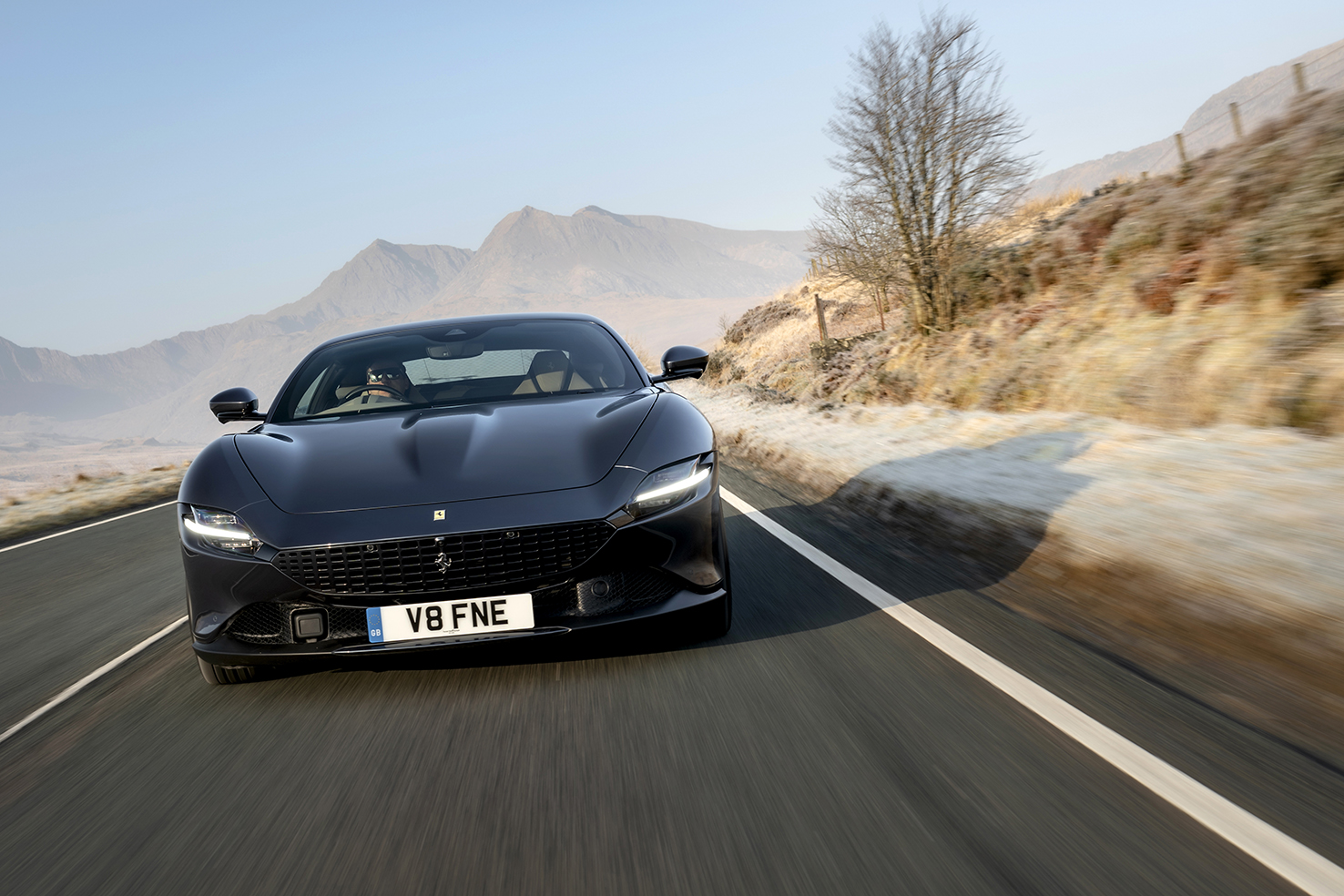 Legend has it, it was Enzo Ferrari that on upon seeing one for the first time, declared the Jaguar E-type “the most beautiful car in the world”. Praise indeed, and especially so when you consider Ferrari’s own back catalogue wasn’t exactly short of seriously attractive looking machinery; you could hardly call a 250 GT California or a 250 Berlinetta ugly. However, did the E-type’s almost sensual curves make Ferrari’s stylists subconciously raise their game? And, was it those curves, that long bonnet, the sloping roofine, those short overhangs, and that use of delicate chromework that influenced Leonardo Fioravanti at Pininfarina when he was sketching what was to become Ferrari’s 365 GTB/4 Daytona?

Perhaps I’ll leave you to ponder that one.

After having just spent a few days in the company of Ferrari’s latest front-engined coupe, the Roma, I’ve little doubt that there’s definitely more than a hint of the Daytona in its styling. I can see the 275 GTB in it, and I’d happily argue there’s more than a hint of the 250 GT Lusso’s influence amongst the Roma’s smoothly curved surfaces too. But perhaps that was the idea. And so rightly so.

The Roma is the latest addition to Ferrari’s long line of GT cars – the elegant and oh-so stylish 2+2s the Maranello manufacturer was making, long before they ever put their multi-cylindered engines behind the driver.

Do people make grand tours in grand touring cars these days? Do modern day GT cars actually make good grand tourers? Well, if you can live with the fuel consumption – around 25 mpg in this case (although that’s still to be officially confirmed) – and you’re prepared to travel relatively lightly (folding rear seats are a £960 cost-option), take it from me, the Roma really does prove to be good company.

It’s swift to say the least – no doubt you were expecting that. A front mid-mounted (behind the front axle but ahead of the driver) 3.9 litre twin-turbo V8 producing 611bhp means 0-62mph takes just 3.4 seconds, 0-124mph just 9.4. But what impresses most is the ride.

Rather than feeling like some highly strung, stiffly sprung, track day special, the Roma feels very much like the Ferrari you could easily ease into every day. I took it into town, I drove it to the cinema and parked it on quiet street; no unwanted attention, no drama at all.  Slip the little red Manettino switch around into its Comfort setting and the Roma glides over broken surfaces in a way that would embarass almost all of its similarly sporting contemporaries. It might be capable of showing a clean pair of heels to nearly everything else on the road, but, a slightly intrusive exhaust note notwithstanding, you could happily cross continents in the Roma, feeling like a sixties film star as you did so.  The driving positon remains comfy hour after hour, the seats are heated and infinitely adjustable, and motorway cruising speeds – the legal ones at least – equate to little more than 1,700 rpm once you’re up into 8th gear. 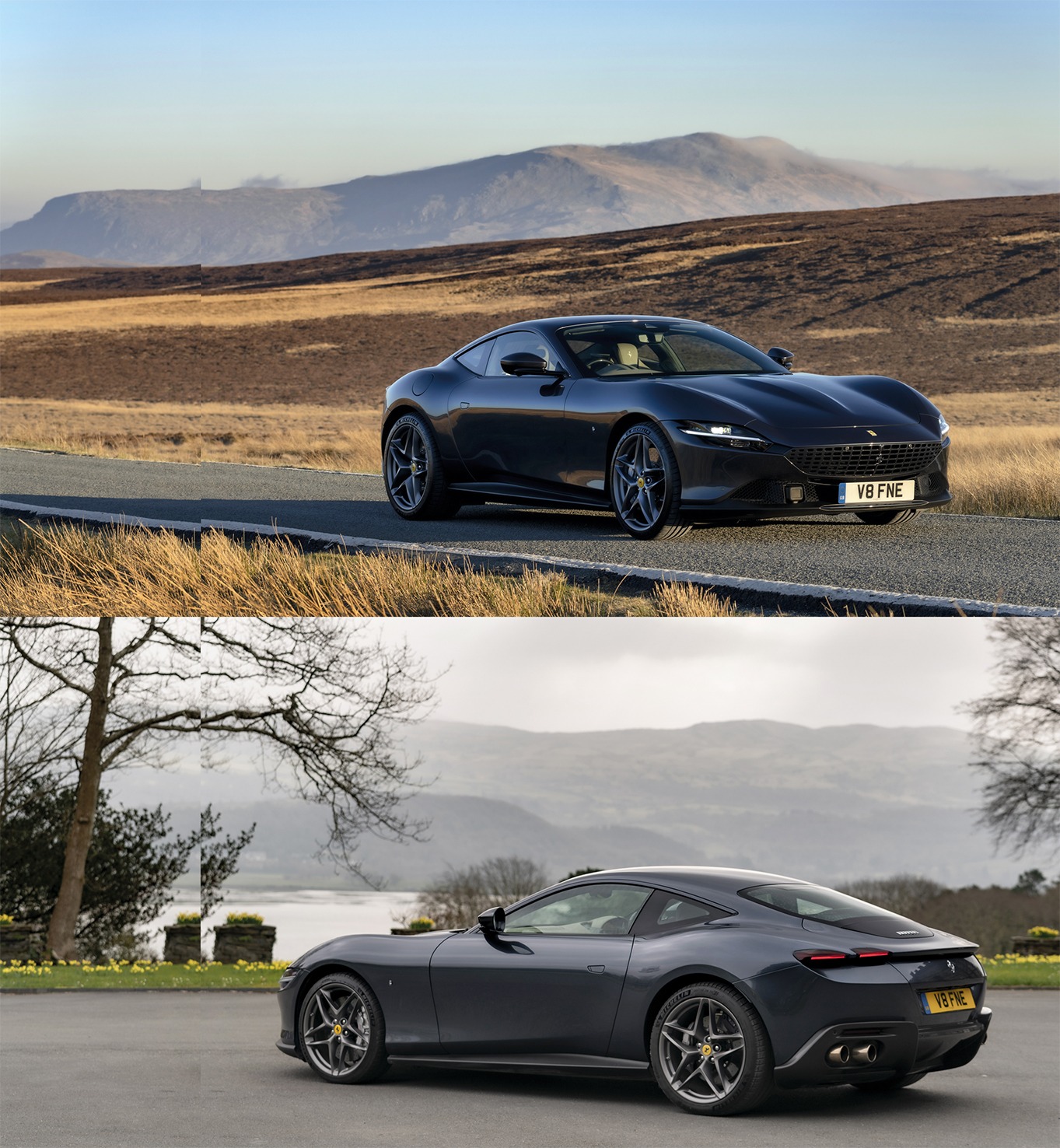 Of course, it also rewards when you want it to be more sports than tourer. The Roma’s been fitted with a clever, limited slip diff and Ferrari’s latest driver-assist electronics, “Side Slip Angle Control 6.0”. Should you wish, after you’ve rotated the Manettino around to its more, shall we say liberal settings – the range goes from Wet to Race – and you’ve switched the gearbox from auto to manual, you can indulge yourself in a little oversteer, safe in the knowledge that all that elec-trickery won’t let you slip too far out of line.

If only all of the Roma’s electronics were as clever. I’ve grown used to digital displays and touchscreen interfaces for radio, heating, and navigation duties etc. but the controls for the mirrors, the trip computer and even the lumbar support are now capacitive multi-touch controls. They’re a faff, especially when you’re moving. I never did manage to find quite the right setting for the passenger door mirror, or the setting that displays average mpg. I’m convinced that multi-configurable LCD screens won’t age as elegantly as what we now consider classic dashboard dials did either. And why Ferrari, have you ditched the big red start button in favour of a touch pad? I used to like that big red button. 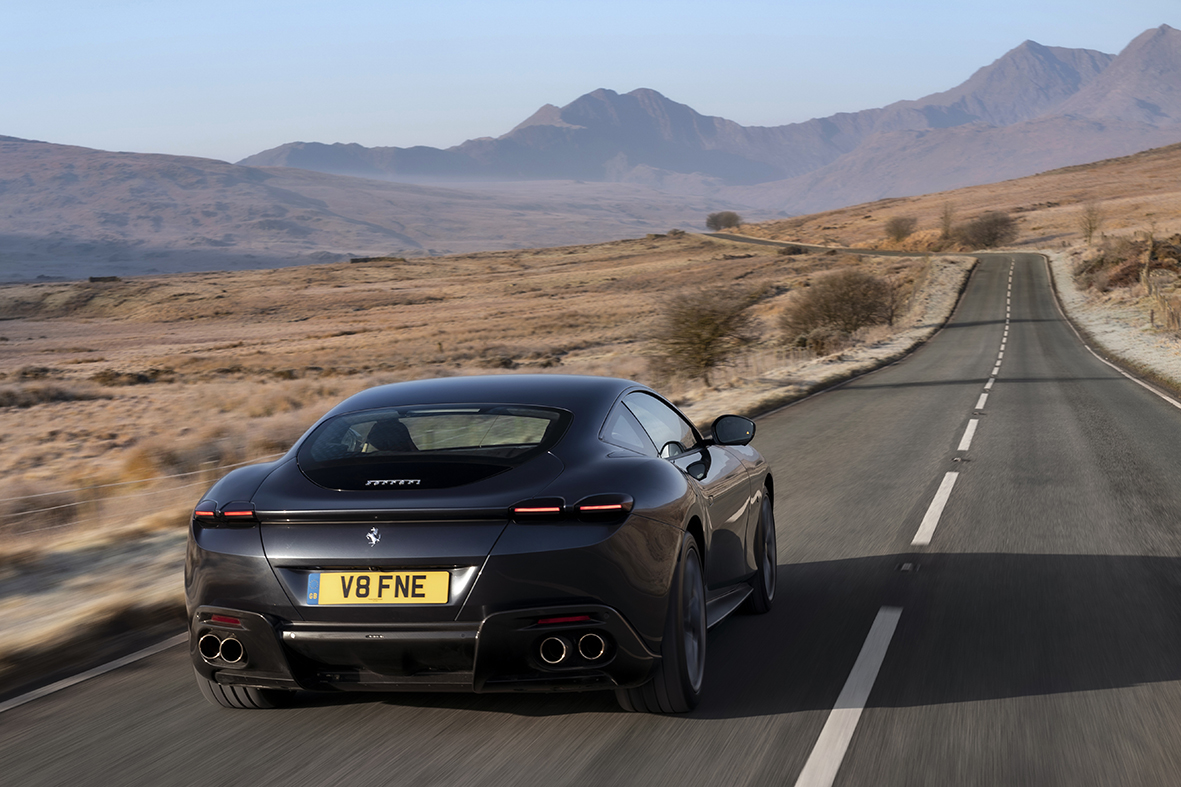 It’s unlikely that anyone will ever quote me in the future. Nevertheless, I’ll happily state that the Roma is the most enchanting Ferrari I’ve been fortunate enough to spend time with – well, so far at least.