This month we look at how the coolest designers create bedrooms for their kids, take a guided tour of our coastal wildflowers, find out how our lives are becoming more influenced by digital sensing technology, and meet the women behind Scott’s race to the South Pole…

Book of the Month 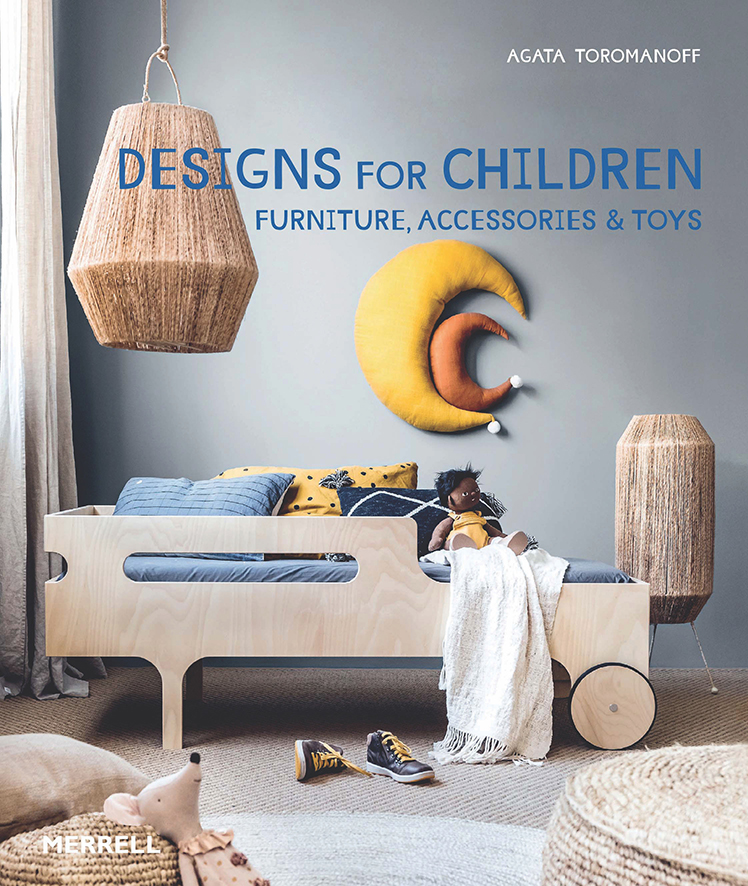 As all conscientiously creative parents will know, decorating your child’s bedroom can be an in-inverted-commas pleasure that’s a diplomatic incident waiting to happen. Not only do we subconsciously superimpose all the elements of the room we wish we’d grown up with, but we inevitably see the whole process through the eyes of an adult. While the grown-ups want to provide somewhere safe, practical, original and within budget, what kids want is somewhere to play in, where it doesn’t matter much if things get smashed to smithereens. 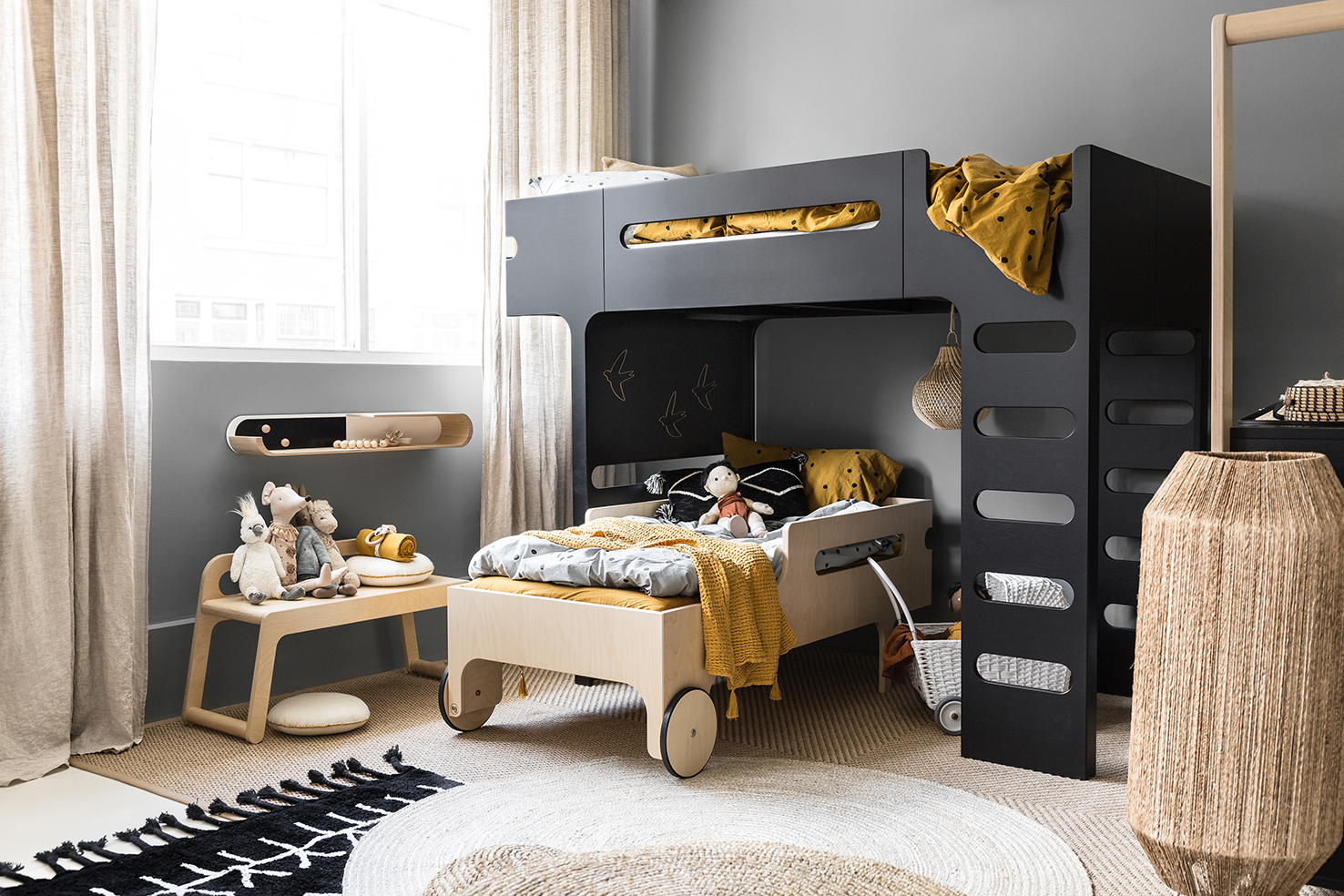 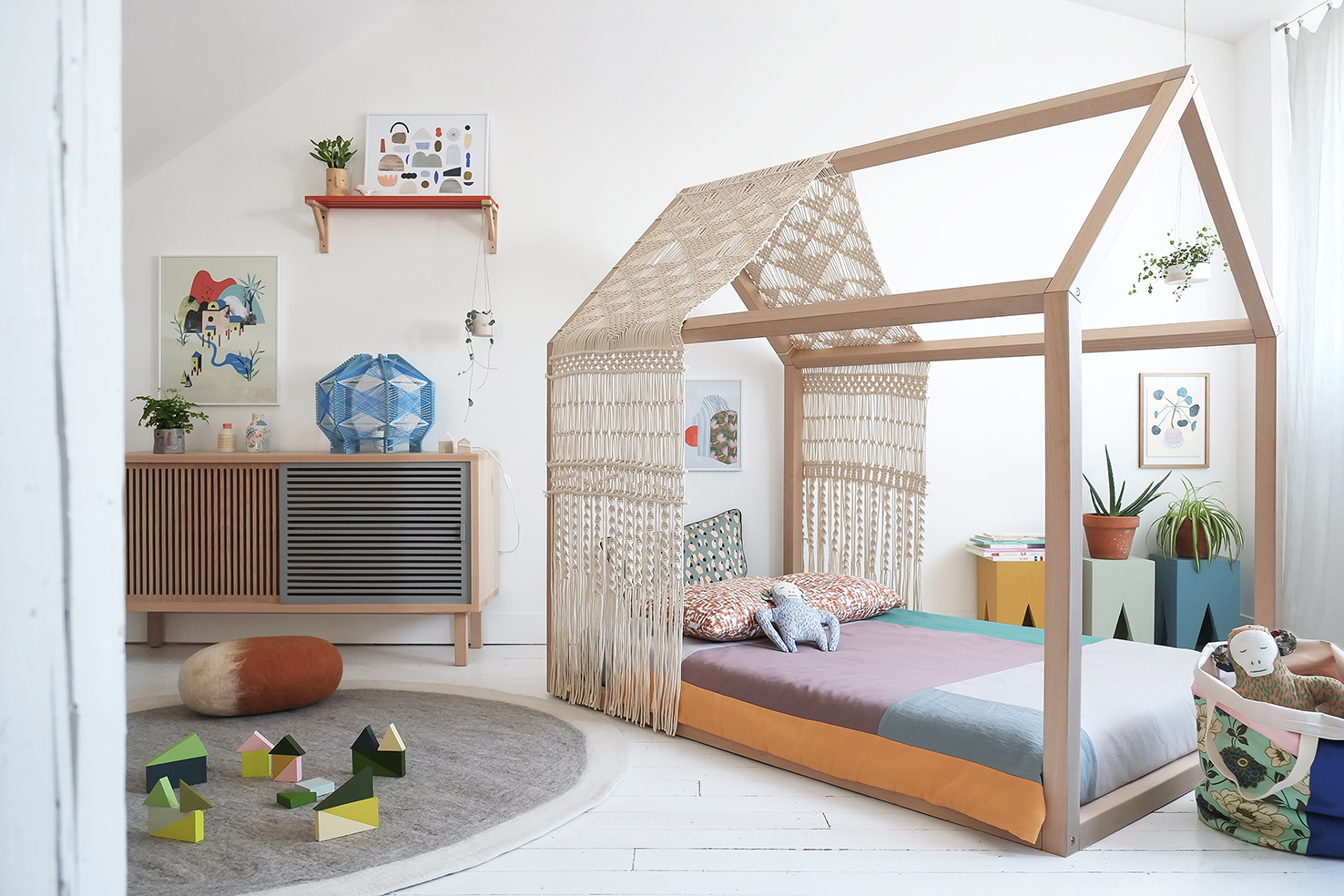 It’s a process that author Agata Toromanoff describes as requiring ‘balance’ between making reasonable choices and imagining your child’s needs. But it’s also a matter of balancing functionality with practicality to create a place of stimulating shapes and colours in which kids can let their imaginations run riot, while making sure that elements are the right size and design. There’s nothing to be had, she correctly informs us, from inflicting a scaled-down adult world on the offspring, while design-minded parents will want something that fits in with the overall scheme of things that we can proudly show our friends. That’s what Designs for Children is all about: how to go about providing the right environment for kids without ending up feeling like you’ve 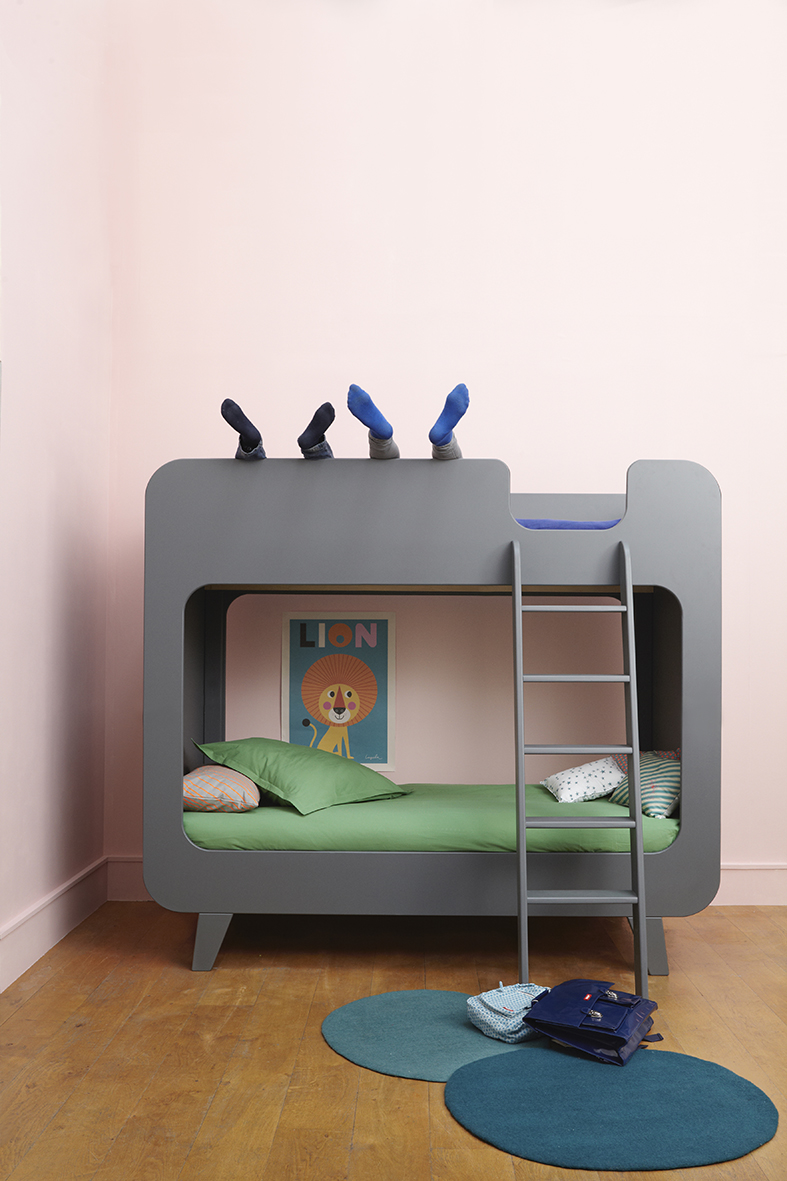 been dumped in the local One O’clock Club.Toromanoff – who is an art and design historian as well as author of other books such as Chairs by Architects and Sofas – does a splendid job in bringing all these sometimes-conflicting elements together in her sumptuously illustrated collection of 250 designs for kids. Ranging from the iconic and traditional to the modern and technological (one of her scenarios even features a kids-size electric guitar and amplifier), there’s an underlying flair for cool design that runs through the book. This is hardly surprising when you consider that Toromanoff has drawn on furniture and accessory offerings from big names ranging from Charles and Ray Eames, Eero Aarnio and Nanna Ditzel, to Marcel Wanders and Javier Mariscal. And while the author’s text is interesting and thoughtful, it’s perhaps something of a foregone conclusion that trendy parents will end up using Designs for Children as an inspiritional ‘look-book’. 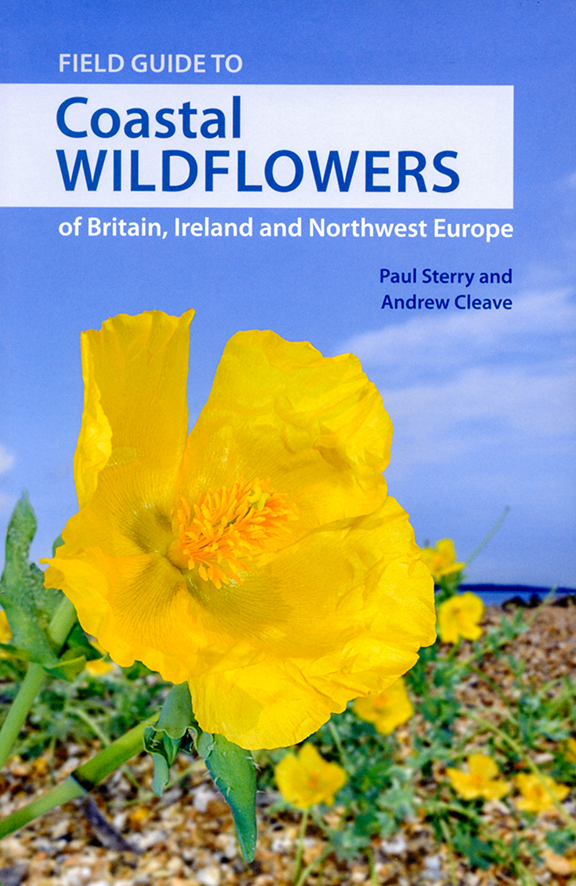 When I first laid eyes on the review copy of this fantastic field guide to coastal wildflowers sitting on our editor’s desk, I swiped it with the words “you won’t be seeing that again” (That’s what you think – Ed). And that’s because, living here in Swansea alongside some of the most beautiful coast imaginable, a book like this is absolutely indispensable. Of course, there are plenty of field guides to local flora already available, but I’ve rarely seen one as well laid-out and easy-to-use as Coastal Flowers – and it helps that it’s accurate and meticulously researched, staunchly bound with decent photography and clear maps. You might think that these qualities are baseline attributes of any field guide, but sadly, as with some of the flowers included in the volume, this is a comparative rarity.

Here in Britain where, our authors tell us, it’s said that we’re never more than 70 miles from the sea, the coast plays a huge part in the national psyche. And yet, these days, how many of us really know anything about our coastal flora? As you walk or cycle the Swansea section of the Wales Coast Path, how many of the hundreds of wild plant species that surround us can you identify? Thanks to Sterry and Cleave, you’ll now be able to distinguish your restharrow from gentian, valerian from vetch, toadflax from hemlock. Highly recommended. 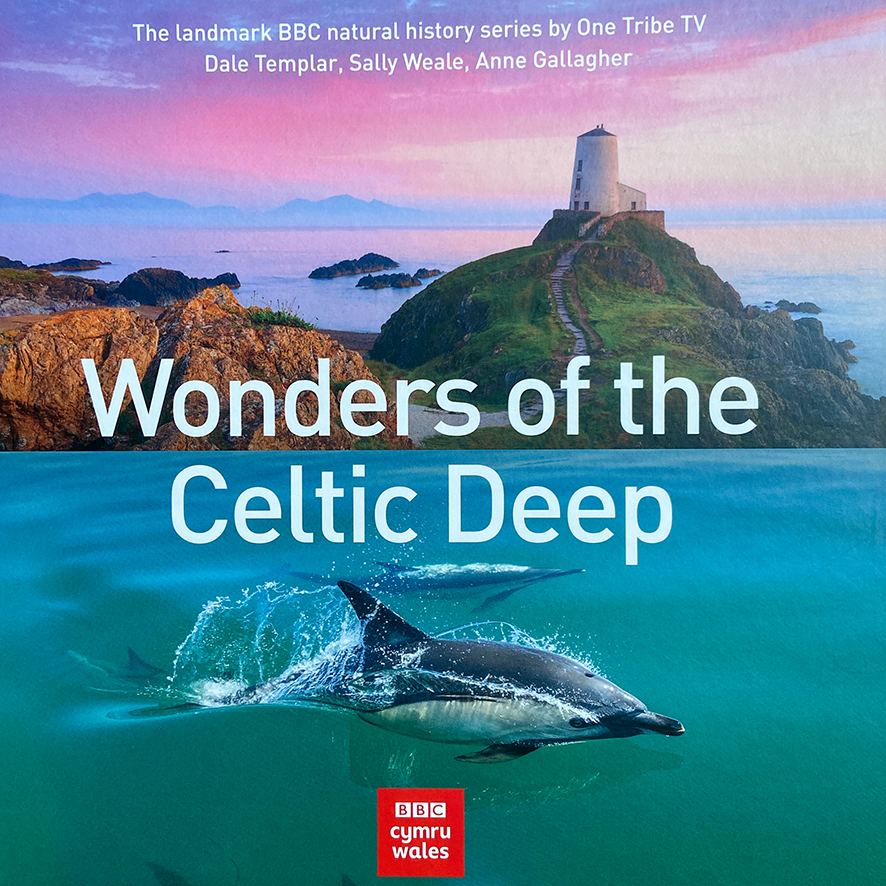 In the book of the 4-part BBC Cymru Wales self-proclaimed ‘landmark’ television series of the same name, here we have Wonders of the Celtic Deep. It’s a square coffee table attempt to mimic the sort of tome that routinely accompanies David Attenborough’s natural history programmes and, it must be said, represents more of a ‘near miss’ by publisher Graffeg than a slam dunk. In their defence, the authors of Wonders of the Celtic Deep can’t really be blamed for the main editorial challenge here, which is to sustain any degree of photo-graphic quality over more than 160 pages when all you’ve really got to work with are underwater library shots. Unless you’re covering the tropics – and clearly the waters that surround Wales are not of that category – you’ve got a job on your hands to come up with any decent sub-aqua images at all. So, let’s try to be fair here: they’ve done as well as they can with what they’ve got to work with. When we go topsides the photography improves a little and it’s nice to see the kittiwakes of Mumbles Pier included, though the quibbler might be inclined to challenge whether these are a wonder of the deep. But it is indicative of how the authors have had to stretch the content of Wonders of the Celtic Deep to the limits – just as the TV series struggled to fill its slot – underlining the sharp decline of the quality of the BBC’s programming (or rather outsourcing) these days. Neither am I reassured by the copywriter who informs me that our shores are ‘epic’, whatever that might mean. 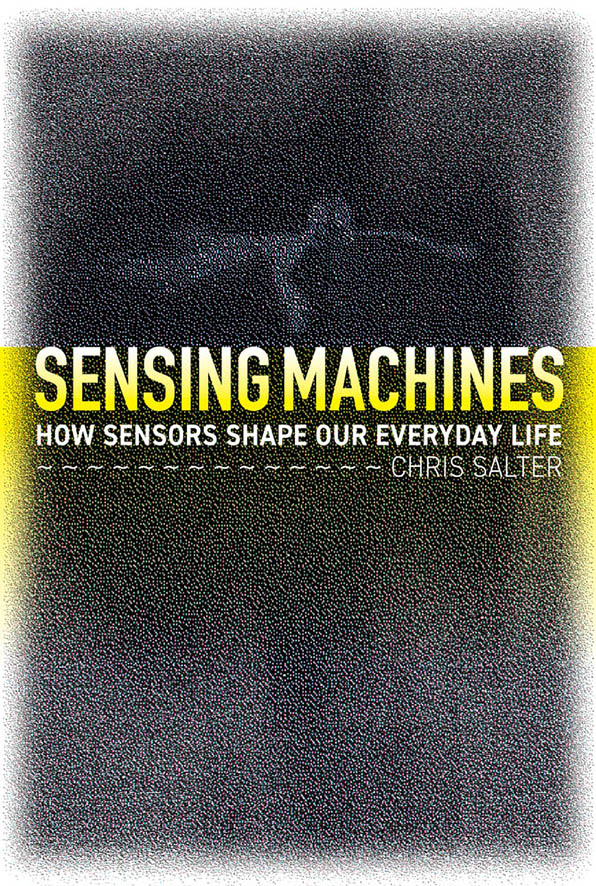 Do not – repeat, do not – be put off by the prosaic title of Chris Salter’s stunning new book about the way we live today. For sure, on one level it is a technical analysis of how our lives are now assisted by, controlled and even ruled by networked digital devices. But Sensing Machines is so much more than that and proof, if you ever needed it, that fact is quantifiably more outrageously interesting than fiction could ever be. As hard to believe as it may seem these days, as we fumble our way through the dawn of the age of the Internet of Things, there are more sensors on the planet than there are people. In a few years’ time there will be trillions and by the end of this century no doubt there will be more of these little digital entities than there are grains of sands on our shores, or possibly even stars in the sky. So what are they? Well most of us will probably suppose that we interact with a few sensors per day: the sort of devices that might open a door for us, turn on our central heating, perhaps even help us to reverse our car into a tight spot. And while this is all true enough, it’s also yesterday’s thinking. The first few pages of Sensing Machines alone will immerse you in Salter’s subject matter: smart speakers, newsfeeds, CleverZones, financial data collection, wearable electronics, brainwave monitoring, self-driving cars, artificial intelligence climate control, bio-medical data capture, web-based security services… all this before the sensors in your coffee machine delivers your first perfect cuppa of the day. We may not think that we’re engaged in the world of sensors, says Salter, but we are. Big time. Sensing Machines not only tells us how, but where it all came from and where it’s going. 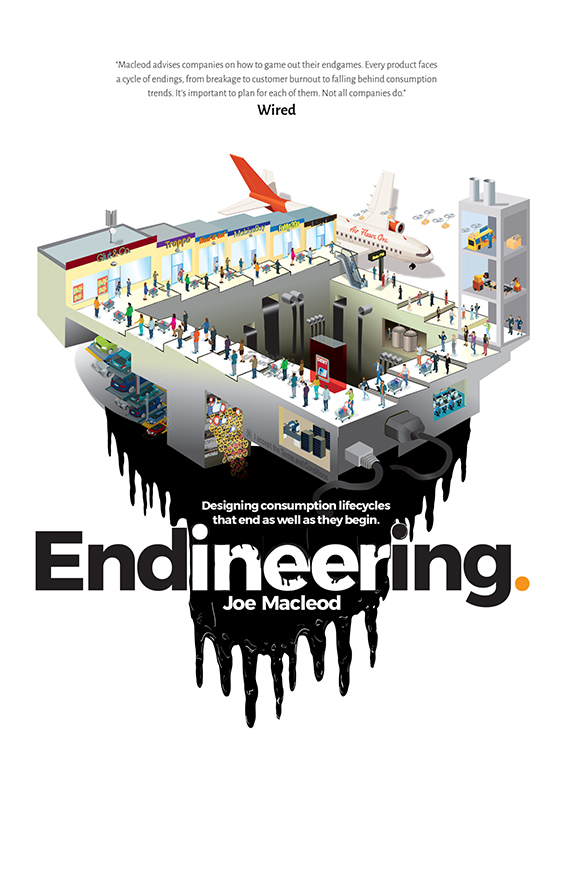 It’s not so much that Joe Macleod is angry, as confused. He can’t work out why, if we know that in today’s consumer society everything’s going to get chucked out, we don’t design it better. He doesn’t think it’s fair that when you open box on your new smartphone, you can get it up and running in minutes, connected to social media, retail, banking, the Cloud… just about anything. But when you’ve finished with it, when your contract’s expired, you’re left on your own to figure it all out for yourself. This is because, he says in Endineering, the only qualification you need to ‘onboard’ is money, which is coincidentally the only thing that big business is interested in. Since there’s no value in the ‘offboard’ experience, the vendors, distributors, marketers, manufacturers, salespeople and so on – all the people who brought you into the product’s orbit with their jam-today poetry – are nowhere to be seen, leaving us in a dull municipal wasteland of half-hearted recycling. The reason for this consumer isolation, argues Macleod, is that there is absolutely no responsibility taken by the designers of today’s throwaway products for their disposal at the end of the consumer cycle. There should be, he says, because then we would waste less. Macleod’s message is that in an age obsessed with everything new, we must keep asking the question: how does this all end? 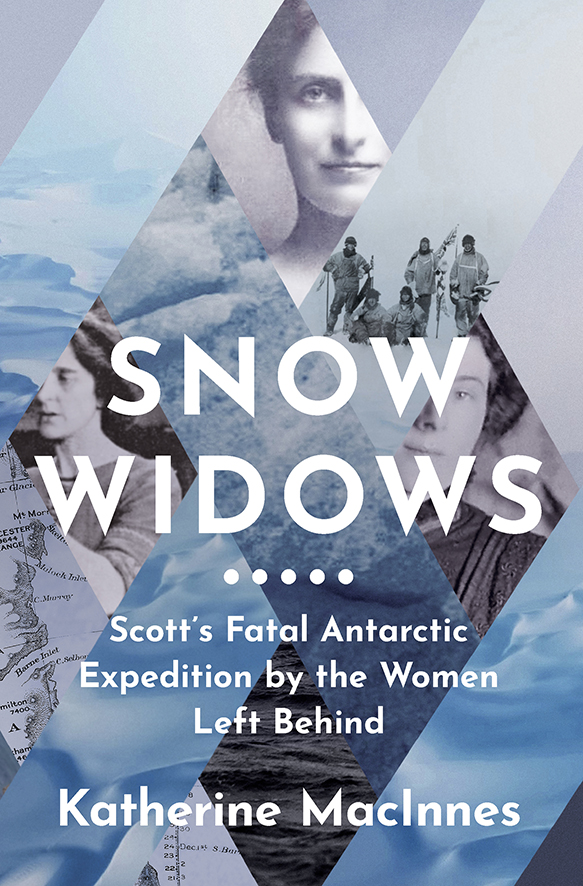 One of the darkest moments in the history of twentieth century exploration was the tragedy of the British Antarctic Expedition 1910-13, otherwise known as Terra Nova after the ship that sailed Captain Robert Falcon Scott and his men to the White Continent. Most of us will be aware that Scott and four other men who comprised the polar party (including Rhossili-born Petty Officer Edgar Evans), perished on their return, tantalising-ly close to the safety of Base Camp. But what many of us know next to nothing about – something that Katherine MacInnes sets out to correct in Snow Widows – is that these men were also husbands, fathers, sons and brothers. And while we may all be aware of the stiff upper lip ‘For God’s sake look after our people’ literary heroism of Scott’s final words in his diary, we don’t know a great deal about the women that these men left behind in pre-First World War Britain: the women who cared about Scott, Laurie Oates, Birdie Bowers, Bill Wilson and, of course, Taffy Evans. Now, for the first time, MacInnes retells the story of the race for the South Pole from the perspective of the women whose lives would be forever changed by it, five women who offer a window into a lost age and a revealing insight into the thoughts and feelings of these five heroes. There’s Kathleen Scott whose ambition may have pushed her husband to take unnecessary risks. Then there’s Oriana Wilson, a scientist in her own right who understood and supported her husband’s work. There’s the fervent pro-Empire Emily Bowers, the indomitable Caroline Oates (who refused all invitations to celebrate her son’s sacrifice), and then Lois Evans, a working woman living in virtual poverty on the end of the Gower Peninsula who bore the brunt of the establishment that blamed her husband for the expedition’s failure purely on the grounds that he was a working-class Welshman. A truly gripping, original and refreshing angle on the history of polar exploration.