We have all been moved by the plight of the Ukrainian people and their courage. The Welsh nation has once again shown its compassion and extended a hand of friendship to those seeking sanctuary. It has made us all look at our own lives a little differently. 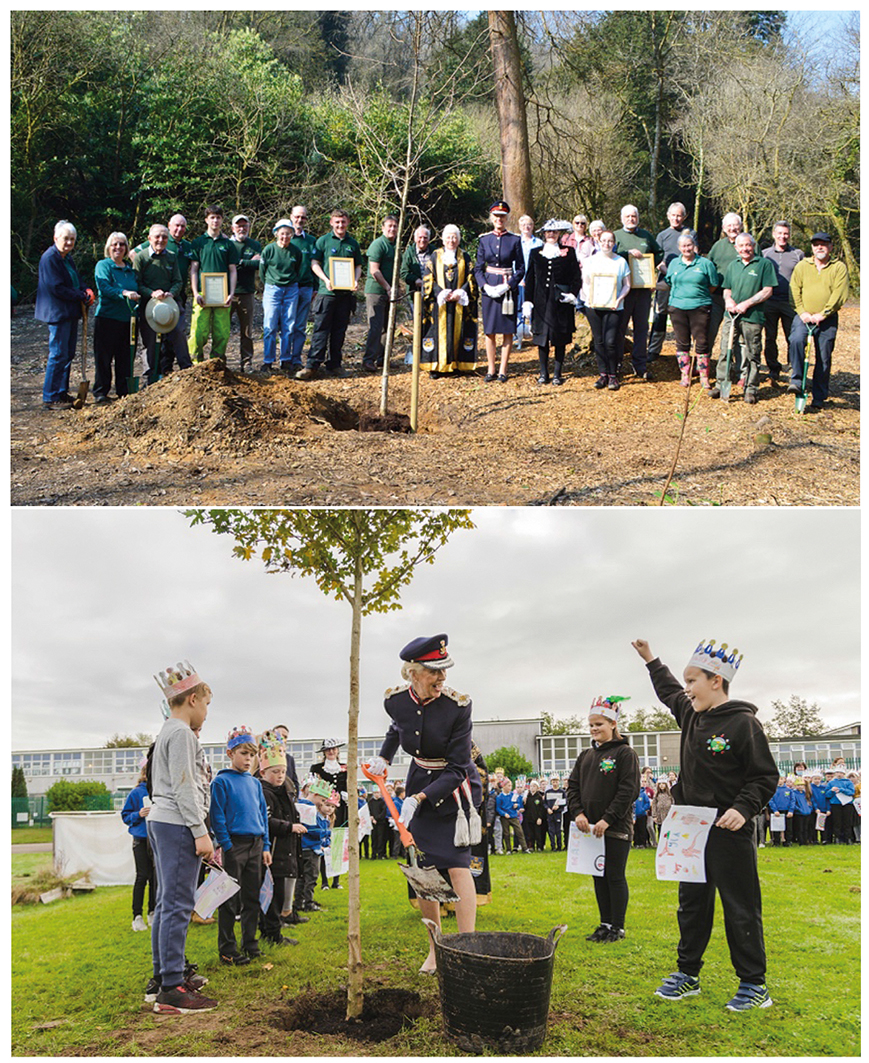 Top pic: The opening of the Jubilee Woods at the Penllergare Valley Woods. Lower pic: Planting at Blaenymaes Primary School.

This year is significant on so many levels. We have all followed the rules for two years and the easing of Covid measures means we can now come together and get back to normal.   We see the Platinum Jubilee celebrations as an opportunity to do that, but we do so mindful that families and communities in Ukraine have been torn apart.  I hope that people who have sought refuge in this country, regardless of which country they come from, will join us in our community gatherings and be part of our Jubilee events.

There are many ways to mark this historic Platinum Jubilee year and for those who would prefer to mark the occasion privately, you might like to donate to a cause close to your heart or to plant a tree! Many people, schools, community organisations and Swansea Council have already got involved in the Queen’s Green Canopy project with great enthusiasm, playing their part in enhancing our environment by planting trees during the recent official tree planting season.   During the last six months, thousands of trees have been planted across Swansea and in March, there was a visit by HRH The Countess of Wessex to the new Coastal Park to mark the awarding of the Queen’s Green Canopy ‘Champion City status’ to the City and County of Swansea. 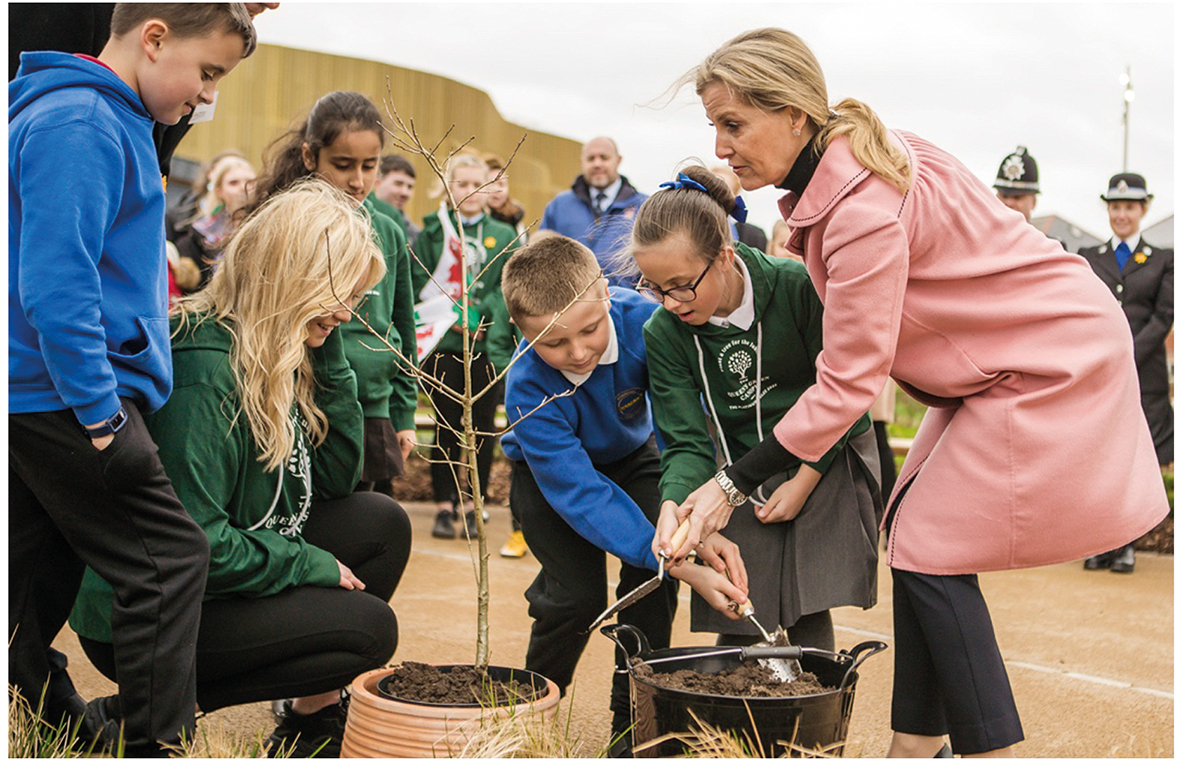 The Countess of Wessex planting a tree with pupils from Penyrheol, Blaenymaes, Sketty and Pentrehafod schools.

Although the current tree planting season has officially ended, there is still time for people to get involved.  Schools and community groups can obtain trees free of charge from the Woodland Trust for delivery and planting in October 2022 through to March 2023. Businesses and other private organisations can show their support by sponsoring the planting and caring of trees at the Penllergare Valley Woods where a special Jubilee Wood for native British tree species, has been created by the volunteers of the Penllergare Trust. For more information on the Jubilee Wood please go online at Penllergare.org and more information on the Queen’s Green Canopy can be found at Queensgreencanopy.org

Looking forward to June, the national celebrations for the Jubilee weekend commence on Thursday 2nd when The Queen’s Birthday Parade (Trooping the Colour) will be held which is a great spectacle involving over 1,400 parading soldiers, 200 horses and 400 musicians. That evening the celebrations will continue with the traditional lighting of Beacons across the country. More information on the Beacons can be found at www.lordlieutenantwestglamorgan.org.uk

On the following day Friday 3rd June, there will be a Service of Thanksgiving for The Queen’s reign held at St Paul’s Cathedral, which will be televised.

On Saturday 4th June, the BBC will stage and broadcast a special live concert from Buckingham Palace that will bring together some of the world’s biggest entertainment stars to celebrate the most significant and joyous moments from The Queen’s seven-decade reign.

The final day of the weekend, Sunday 5th June is the national Big Jubilee Lunch, where people are encouraged to get together and hold group and community gatherings and street parties.  Organisers of these events, particularly if they are being held on public roads or public land, are asked to contact Swansea Council to make arrangements for street closures.  The Platinum Jubilee Pageant will also take place on that day featuring over 5,000 people from across the United Kingdom.

Whatever you do, have a wonderful Platinum Jubilee Bank Holiday weekend!