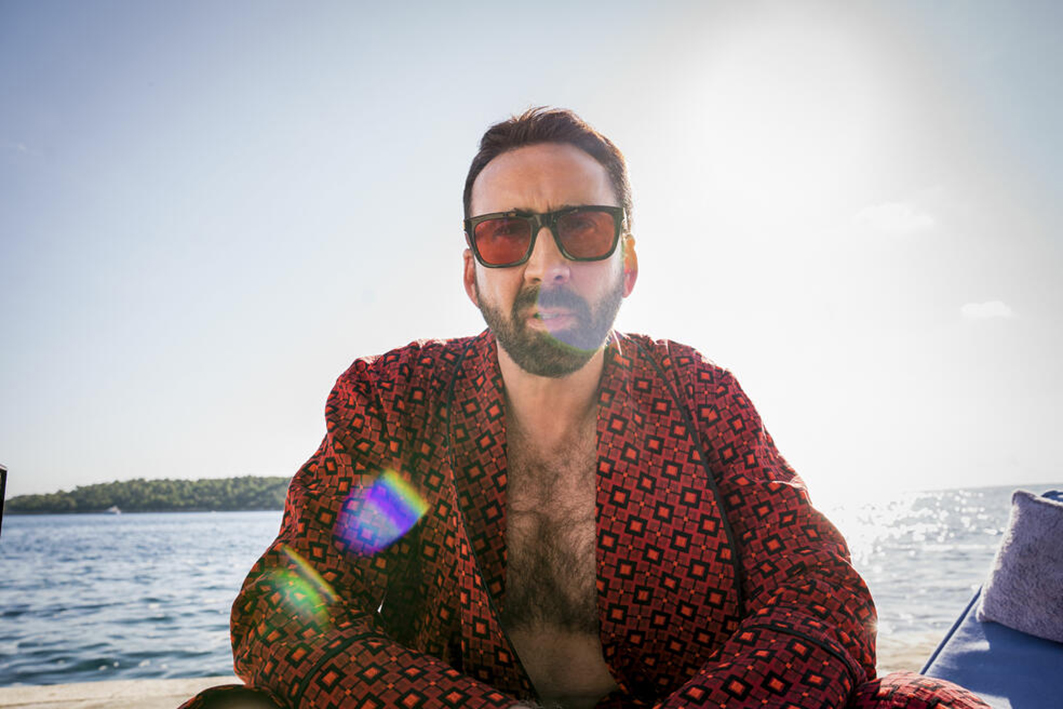 mlyn’s cinema recommendation for May is an action-packed comedy, which is exactly what we need at this time – something a bit light hearted that will make us laugh.

It’s been a long time since we’ve seen Nicolas Cage in a movie like this. He’s been around, constantly working, reliably turning out several films a year for ages now, but almost all of them – even the great ones like Mandy – had small cinema releases if they had any at all, and lots went straight to video-on-demand. But at long last, he’s returned to the multiplex with The Unbearable Weight of Massive Talent, a bonkers action comedy with a lead role he was born to play: himself.

Or at any rate, a fictionalised version of himself, anxious and insecure, struggling to connect emotionally with his daughter, and prone to having conversations with a hallucination of his younger self. He’s also deep in debt, and so when his agent books him to appear at a wealthy fan’s (played by Pedro Pascal) birthday party for a $1 million payday, he isn’t in a position to say no. But on arriving in Spain, he’s quickly recruited by the CIA and sent undercover, as it turns out that Javi is the leader of an international criminal cartel.

There’s more than a little of Galaxy Quest to the premise, almost as if that film had actually starred William Shatner. Cage’s “Nick Cage” is a deliberately absurd creation, a knowing parody of his on-screen persona with all the tics present and exaggerated – the screaming, gurning, scenery-chewing Cage that’s earned him so many fans. But like Galaxy Quest, and all the best parodies, this has clearly been made with nothing but love and respect for the material it’s having fun with. Nick could have been a collection of tics and over-the-top line deliveries and nothing more, but he’s a real character beneath the absurdity, desperate to make things right with his family and surprised by what may actually be the beginning of a beautiful friendship with Javi.

It’s a movie that genuinely, unironically loves Nicolas Cage movies, and movies in general for that matter (it definitely gets points for recog-nising the greatness of Paddington 2). So, when Nick needs to find a reason to stay in Javi’s compound for the sake of his undercover mission, he suggests that the two of them write a movie together – a movie which sounds suspiciously similar to The Unbearable Weight of Massive Talent. There’s a lot of wry, well-observed humour about the realities of the industry here, a wit that highlights how much more clever this script is than it could easily have been. And what really makes it sing is the odd, sweet relationship between Nick and Javi. 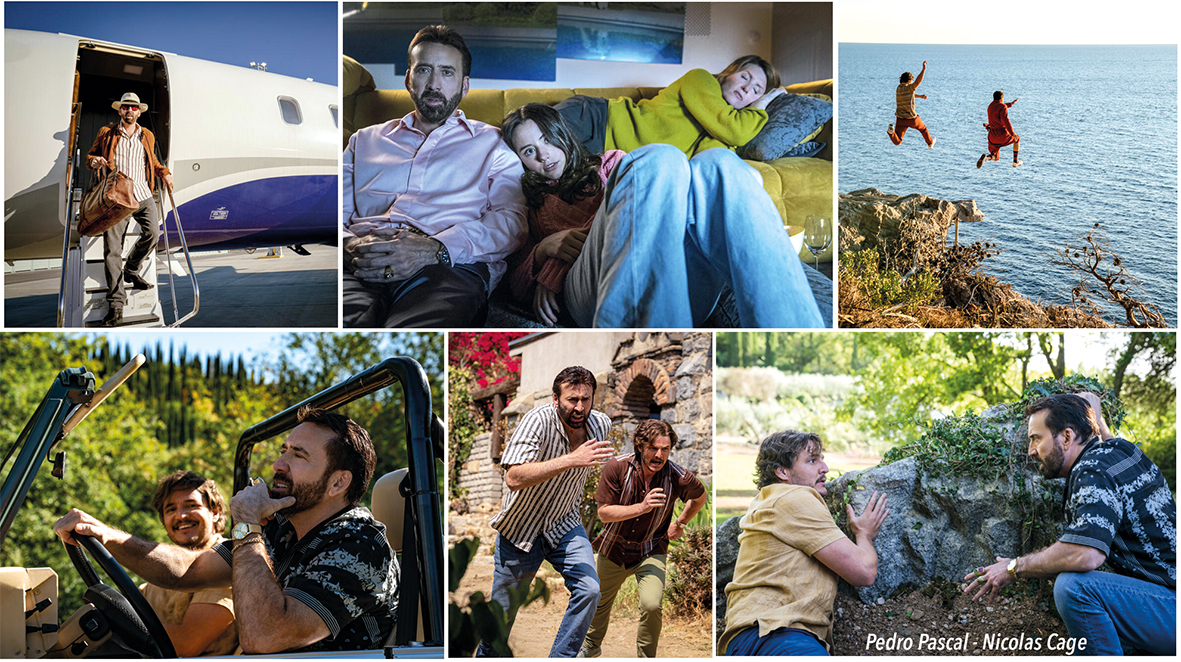 You could easily imagine making this film being a very strange experience for Cage, but Pascal looks to be having the time of his life. Freed from the face-obscuring helmet and stoic demeanour of The Mandalorian, he’s relishing the chance to cut loose and go really huge opposite an actor famed for taking his performances all the way to 11. The scene where they take LSD together to get the creative juices flowing is a comic high point, each actor seemingly daring the other to new heights of craziness; no line reading is too dramatic, no facial expression too contorted.

But like Cage, Pascal brings the subtlety and sincerity when he needs to, and the two of them are bizarrely convincing as a pair of lonely souls each in need of a friend. The film commits absolutely to its characters, and for all the ridiculous antics they get up to, allows them to be real people with real flaws, and hits all the more effectively because of it. You believe in these people, which gives the parody depth. It’s a premise that could so easily have become a one-note joke, just riffing on tiresome “Cage Rage” internet memes, and Massive Talent deserves massive credit for avoiding what could have been such an easy pitfall.

It earns its big action climax and ends up being curiously moving as well as absolutely hilarious. It ultimately becomes a movie about people forging connections through a shared love of the movies, and as such we should be thankful that this Nicolas Cage flick is getting a proper cinema release where people can laugh over it together. Comedy and action always play best to a crowd, and Massive Talent is no exception. It’s good to have you back, Mr. Cage. Not that you went anywhere.