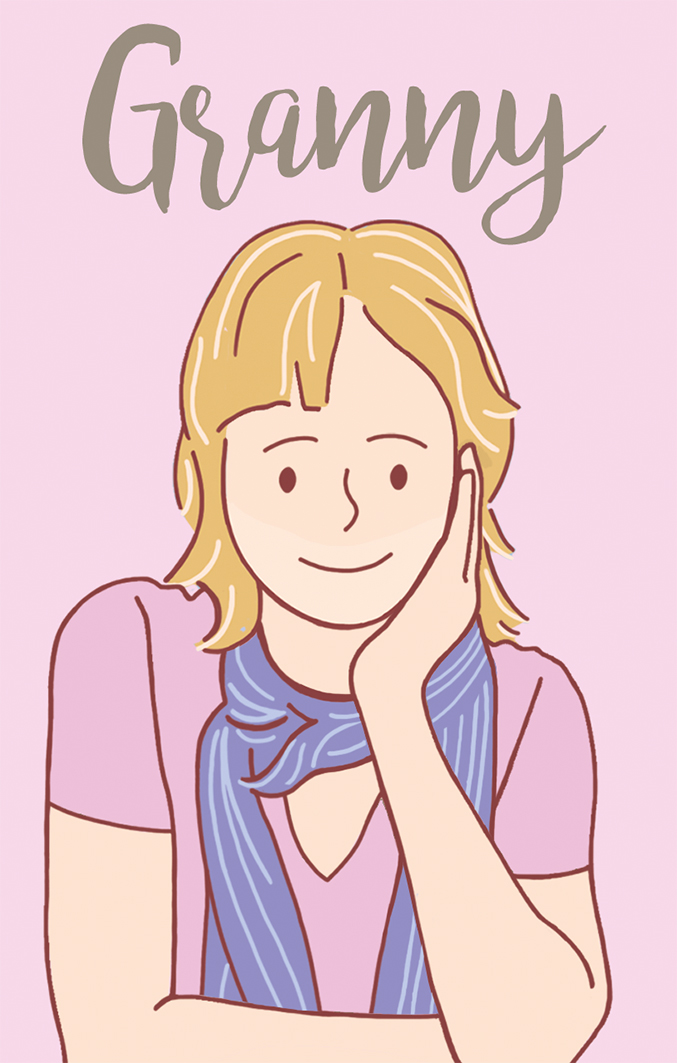 his month Liz is pondering on names and why we sometimes change the ones given to us at birth, or havethem changed for us.

It’s hard to imagine Archibald Leach as a romantic heartthrob. Or Reginald Dwight having a number one hit record. Or, best of all, Marian Morrison as the tough guy who always gets the girl. So, it’s easy to understand why Cary Grant, Elton John and John Wayne all changed their names.

I remember feeling sorry for Fifi Trixiebelle Geldof back in the 90s but when I compare her names to the ones Frank Zappa gave his children – Moon Unit, Dweezil, and Diva Thin Muffin – well.

But the strangest names I’ve heard to date must be X Æ A-12 and Exa Dark Sideræl otherwise known as X and Y, the children of tycoon, Elon Musk and his partner – wait for it – Grimes.

Then again, I was in university with a boy named Nelson who was in the Royal Navy. Of course he was. What else could he do with a name like that?

One of my favourite names is Bryony and I would have loved to have called our daughter that. But with a surname like Hinds? B. Hinds? Can you imagine the nicknames?

I was born the same year the Queen came to the throne – you can work that out! I may have been named after her or, more likely, after my mother Margaret Elizabeth. My name means God’s oath. I think my conception – with my mother not being married – was more like God’s surprise but there’s probably not a name for that.

These days I am Liz to just about everyone, though on my bad days of course I have plenty of names for myself, like stupid, useless, fat.

The names we call ourselves is a subject I’ve written about before. It goes over well-trodden low self-esteem grounds. Bear with me if it’s familiar as there is a new twist at the end!

Almost every evening when I go to bed it is with a feeling of having fallen short. No matter what I’ve done it’s not enough, I didn’t do it well enough, I could have done better and more, and

definitely I should have eaten less. In other words, I’m stupid, lazy, useless, fat.

One night before bed I told Husband these thoughts. He said, “It’s a hard life being you.”

I asked him, “Do you ever feel like that?”

He thought for a moment and said, “Sometimes I think I should have got stuff done – but then I think ‘Ah blow it.‘”

Oh for that attitude! Is it a man/woman thing I wonder?

I do know that many of us are too hard on ourselves. We would never treat anyone else the way we treat ourselves, or address others in the same words we use for ourselves.

When the church at Zac’s met pre-Covid we’d have all sorts at the bible studies. The abusive drunks, the slurring addicts, the aggressive and the smelly. Yet I had no doubt that God loved each and every one, and would welcome and forgive when they approached him. I tried to treat all of them with compassion and respect and love. Albeit sometimes from a distance if the smell was really bad. So why is it so hard to treat myself the same way?

I think it’s because I struggle to grasp and believe all the wonderful things God tells us we are. We are his children, his heirs, loved, forgiven, beautiful.

You’d think by my age and with thirty odd years of being a Christian behind me I would have got this sussed by now. But if there was anyone who I think would get where I’m coming from, it’s the apostle Peter.

At the beginning he is called Simon Peter but Jesus decides that he is to be called Peter, which means the rock. Now Peter was about as unlike a rock as anyone could be. He longed to do things right but kept getting it wrong. But Jesus saw beyond that.

He saw beyond the cutting off of a man’s ear, the three denials, the speaking without consulting his brain. Jesus said Peter would be the rock on which the church would be built. And he was. How fantastic that Jesus could see what probably even Peter’s mother would have struggled to see.

Even after the day of Pentecost when the Holy Spirit came upon the disciples and empowered them, Peter still made mistakes. But Jesus gave him the name that he would become.

When Jesus looks at each of us that is what he sees: what we will become not what we are. And he names us in accordance with that.

While I wait to find out what my God name is, I shall revel in the name I love best.

I said most people call me Liz but my children call me Mum, and to my grandchildren I’m Granny and that is, without doubt, my absolute favouritest name.