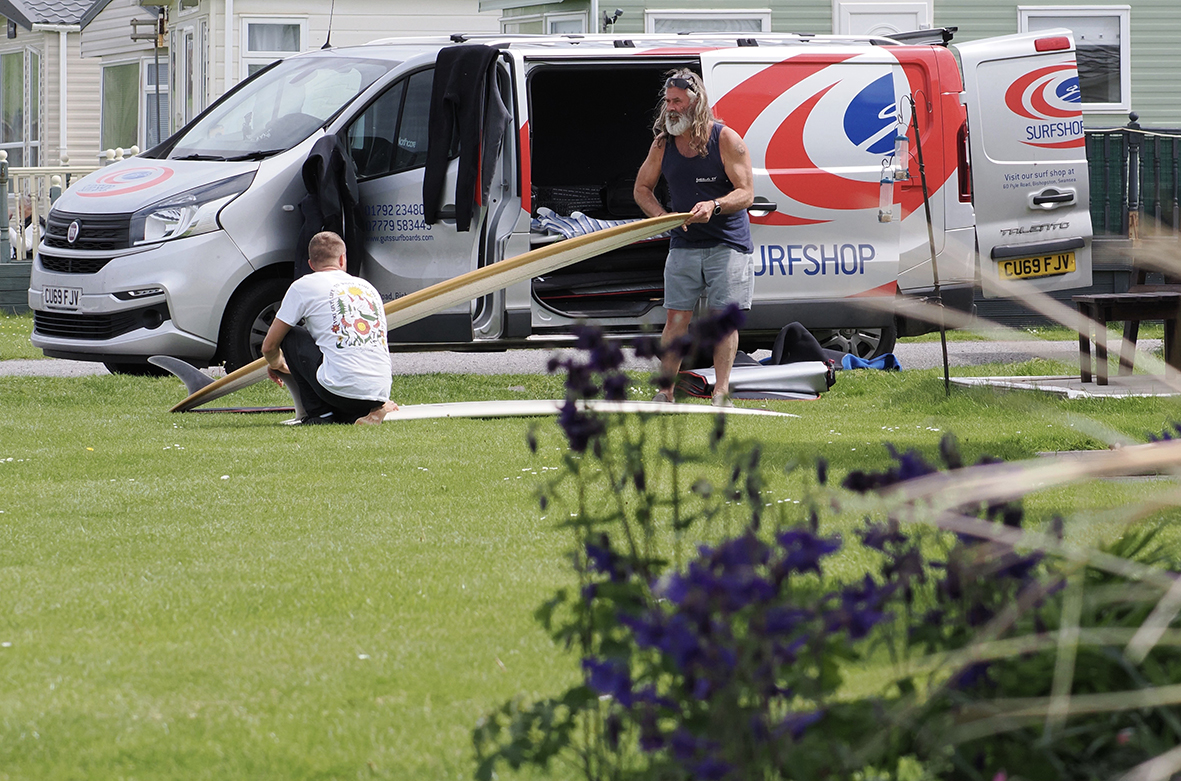 Guts and Connor getting ready for their first surf together after two and a half years Pic: Paul Gill

The last few years have been pretty tough on everyone, as the world battled with the covid pandemic. We have had to deal with several long periods of lockdown and severe restrictions.  Things like international travel had begun to feel like a distant memory. But, at the beginning of May, one of my sons, Connor managed to book a trip home for the first time in almost two and a half years. 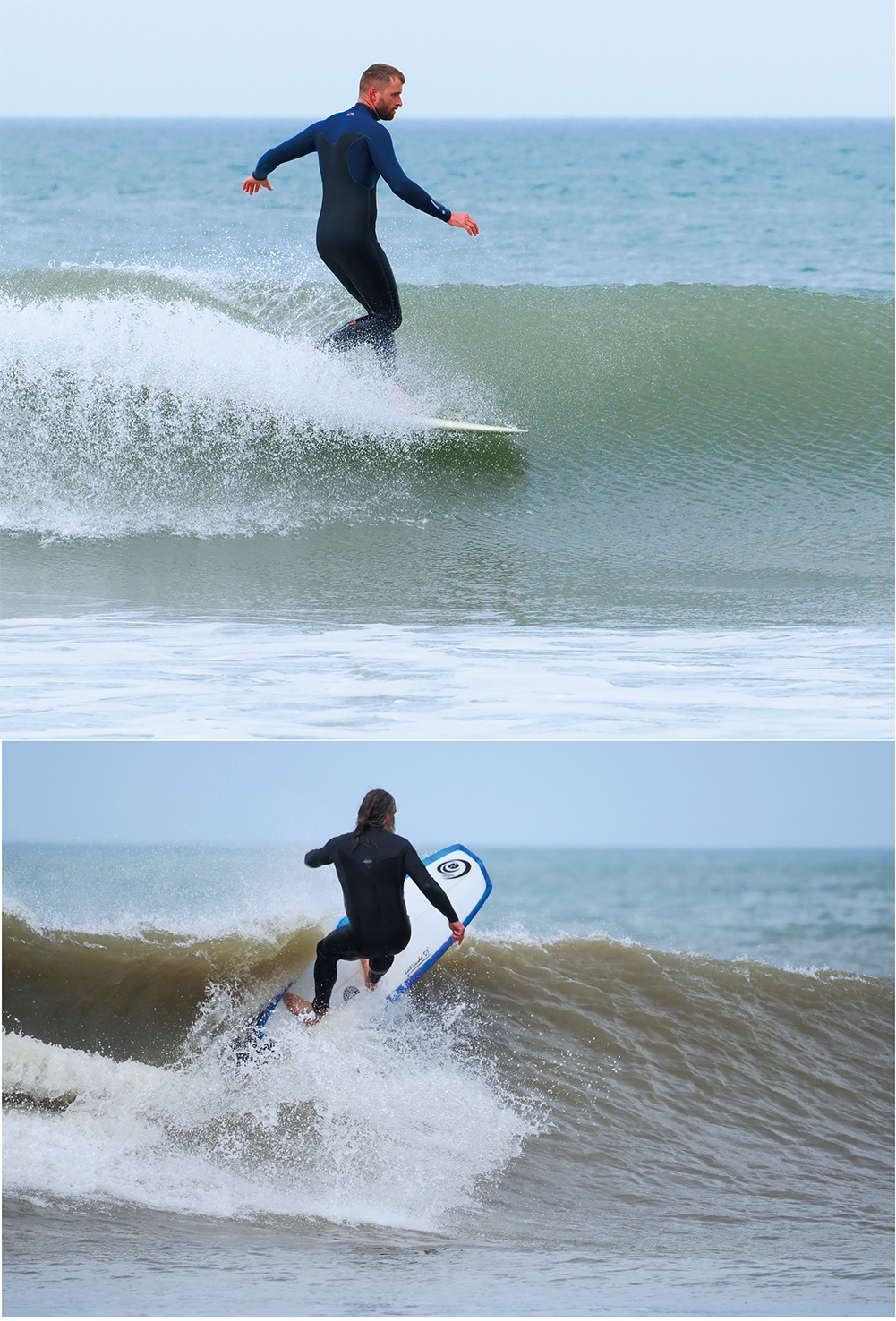 Connor, taking a stroll on a glassy wall of Welsh water / Guts, projecting through the lip on one of his strange shaped UFO model boards. Pics: Paul Gill

As the other “surfer” in the family, he had always been my surfing buddy so I was particularly looking forward to getting a few sessions in with him after so long.

There had been a 3 week flat spell leading up to his arrival back home, so I was beginning to wonder if the only sessions we might get would be at the Bristol wave pool. However, Mother Nature decided to be kind to us and restocked the Atlantic with great waves to coincide with his arrival. In fact, for the first two weeks, there were quality waves every single day. We even got to surf a few quality spots that only really work during winter, which was a very unexpected bonus. 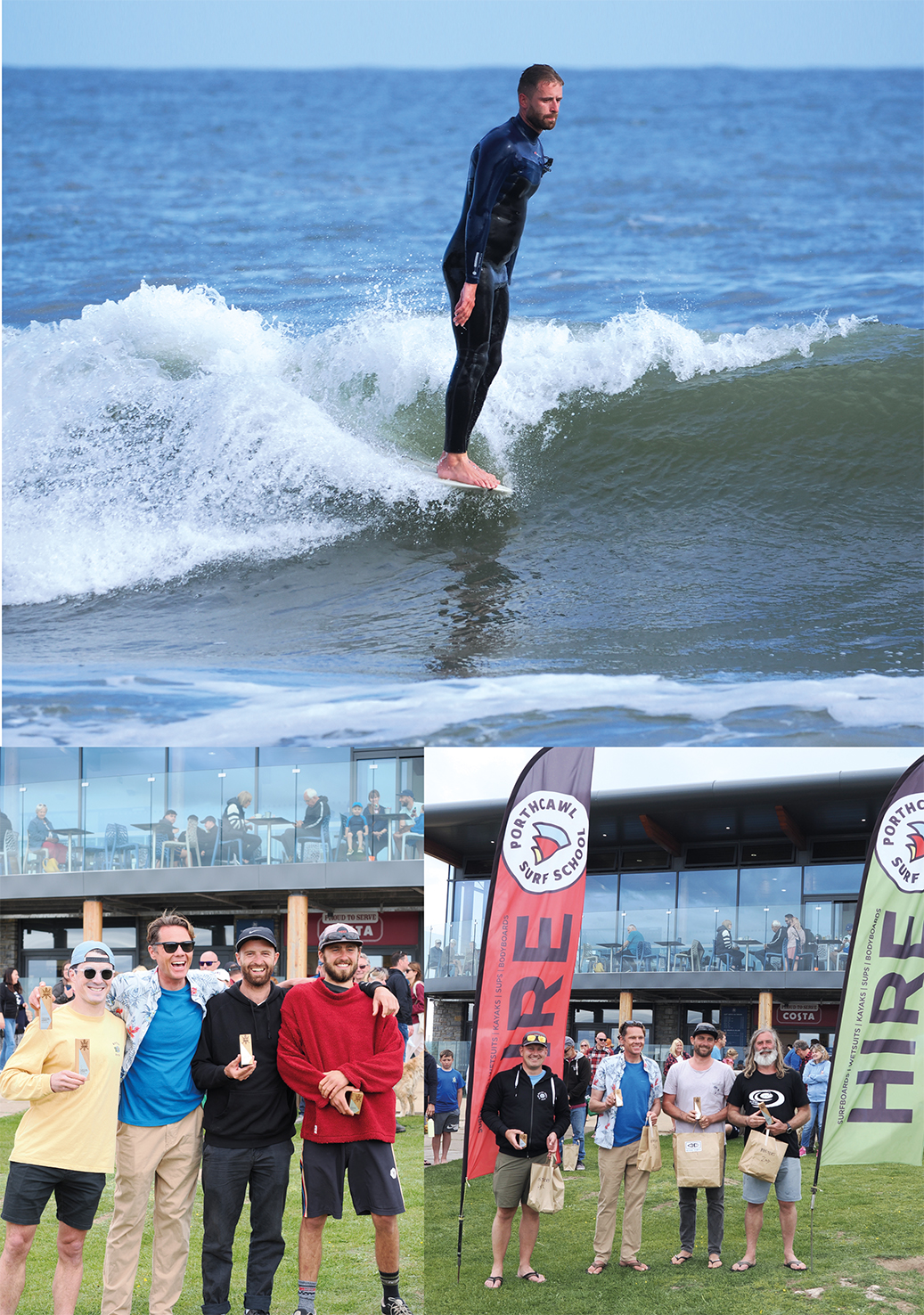 TOP: The art of longboarding is making the difficult look easy. Connor Griffiths, perched on the nose, ten toes over!! ABOVE LEFT: Finalists of the British longboard union comp. From left to right; Elliot Dudley, Sam Bleakley and Langland boys Connor Griffiths and Ed Bresnan. Pics by Guts BOTTOM LEFT: British longboard union Grand masters champ, (Guts, far right) picking up his second trophy of the day with a second place in the Masters category. Pic by Josh Hocking

Towards the end of Connor’s visit home there was a British longboard champs scheduled to run in Porthcawl, and as both of us had last competed together 4 years ago on my visit to see him in Australia, we figured it would be fun to enter. We roped in two friends, Josh Hocking and Ed Bresnan, who are a couple of the top local longboarders from Langland, to enter too and make a fun weekend of it. 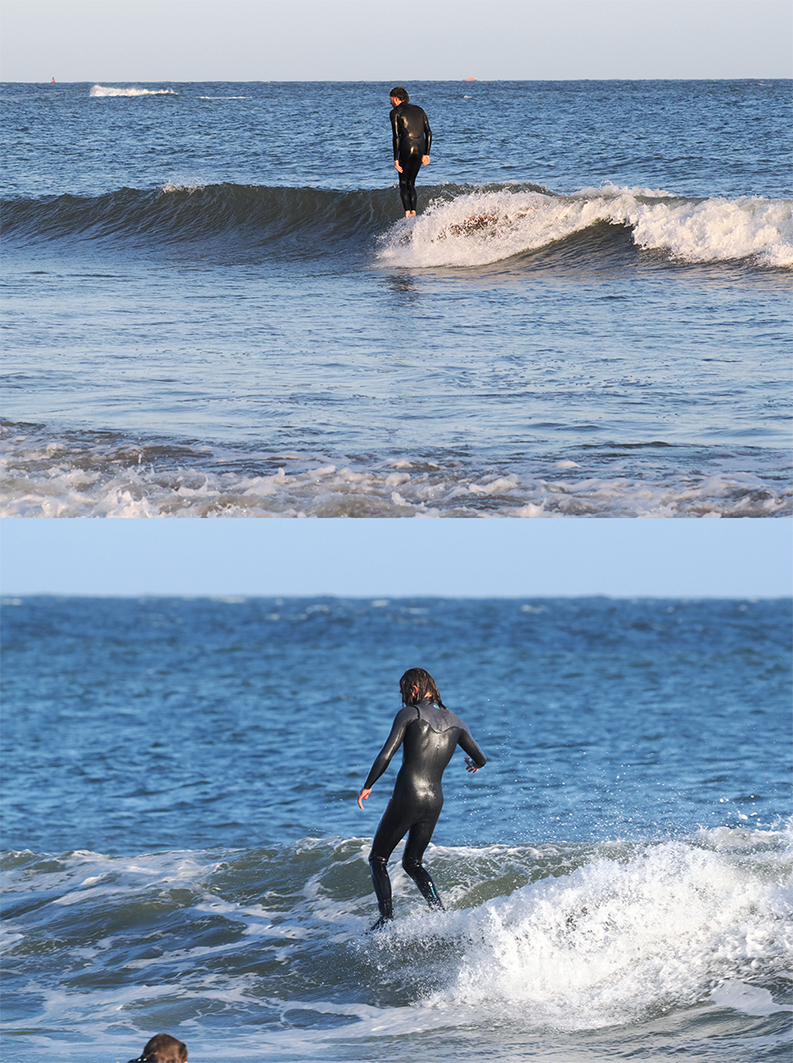 TOP: Josh Hocking, the most relaxed surfer in Langland ABOVE: Ed Bresnan, a young style master. Pics by Guts

As I am writing this, the contest has just finished. The waves were tricky and small but there was a huge turnout of top competitors from around the UK including several European champs. Our little crew however, did Swansea proud with everyone putting on solid performances against top opposition. Josh surfed super stylishly all event, to finish 5th, missing out on the final by the narrowest of margins. Ed, in his first major longboard event, made the final and finished in 4th with some incredibly cool headed surfing under pressure. Connor made two finals, the single fin and open. He was looking like one of the hot favourites all event but unfortunately his luck with the waves deserted him somewhat in the end, and he had to settle for a pair of third place finishes.

Being a man of a certain age, my run in the main event with all the youngsters was short lived but I was able to negotiate my way to the finals of the Masters (over 40s) and Grand masters (over 50s) where I redeemed myself enough to walk away with a second place finish in the masters and the title of Grand master in the other. Well chuffed!

With time flying by and just over a week left before Connor leaves, I’m hoping there’ll be a couple more waves left to share before he boards the plane back to Oz.

Either way, it’s been great having you home son x