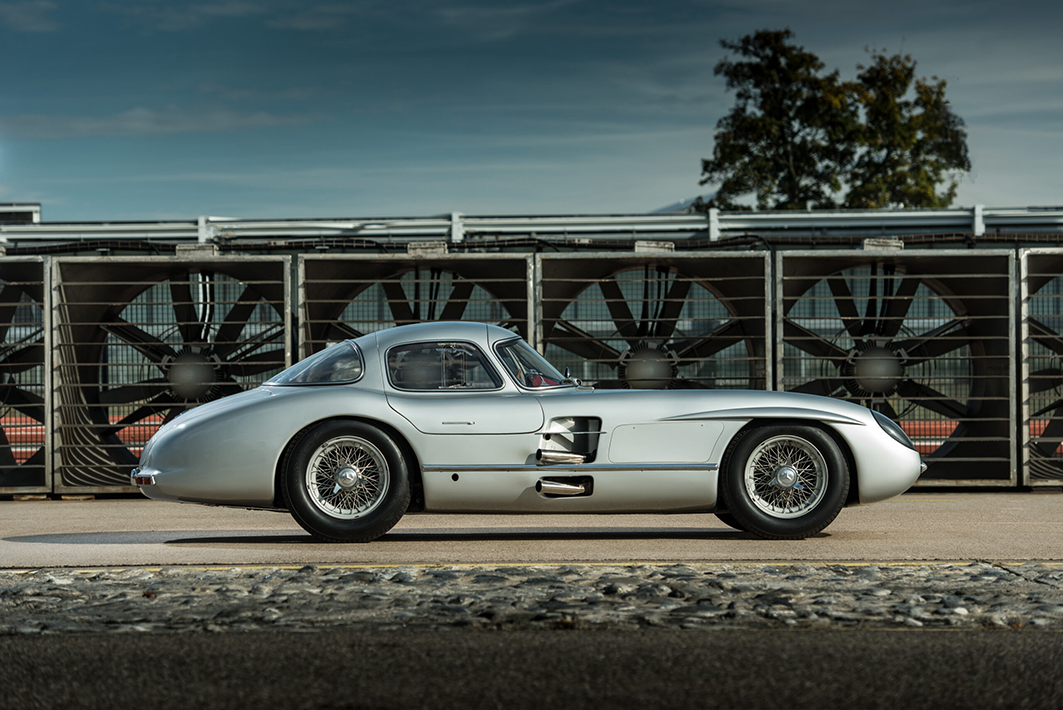 Rumor: A Mercedes-Benz Silver Arrow car has sold for a record £115 million

No, honestly, it wasn’t me that scooped the £184 million recently on the euro-millions…

Rumours from multiple sources suggest that Mercedes-Benz, the company that brought us the first motor car – Karl Benz’s Patent-Motorwagen of 1886 – has sold one of its treasured Silver Arrow racing cars – the 1956 Uhlenhaut coupe pictured above; chassis no. 0008/55 – for 135 million euros (£115 million; $142m).

If confirmed it would mean that the allure of one of the German marque’s most significant racing cars has powered nearly three times the value of the Ferrari 250 GTO that sold at Monterey in 2018, and more than twice the rumoured $70M (£52m) paid for another GTO private sale in 2018.

The seller, on behalf of Mercedes-Benz, presented around 10 (possibly fewer) carefully selected car collectors who were not only wealthy enough to bid but would satisfy the strict criteria laid down by the German car manufacturer. The company wanted to ensure that any custodian of the Silver Arrows racing car would lavish it with the same care and attention as Mercedes, as well as continue to share the car at events and not sell it on to a third party.

Potential buyers are believed to have been hosted over lunch at the Mercedes-Benz Museum, in Stuttgart with key collectors flying in on private jets on 6th May. The grand venue was closed that day for “an event”. When approached Mercedes-Benz declined to comment.

Rumours abound as to the identity of the buyer, with some suggesting it is a well-known figure from Britain’s automotive industry and a long-standing collector of specialist cars. With interest rates rising rapidly, this purchase could be seen as a wise investment for someone with the means. 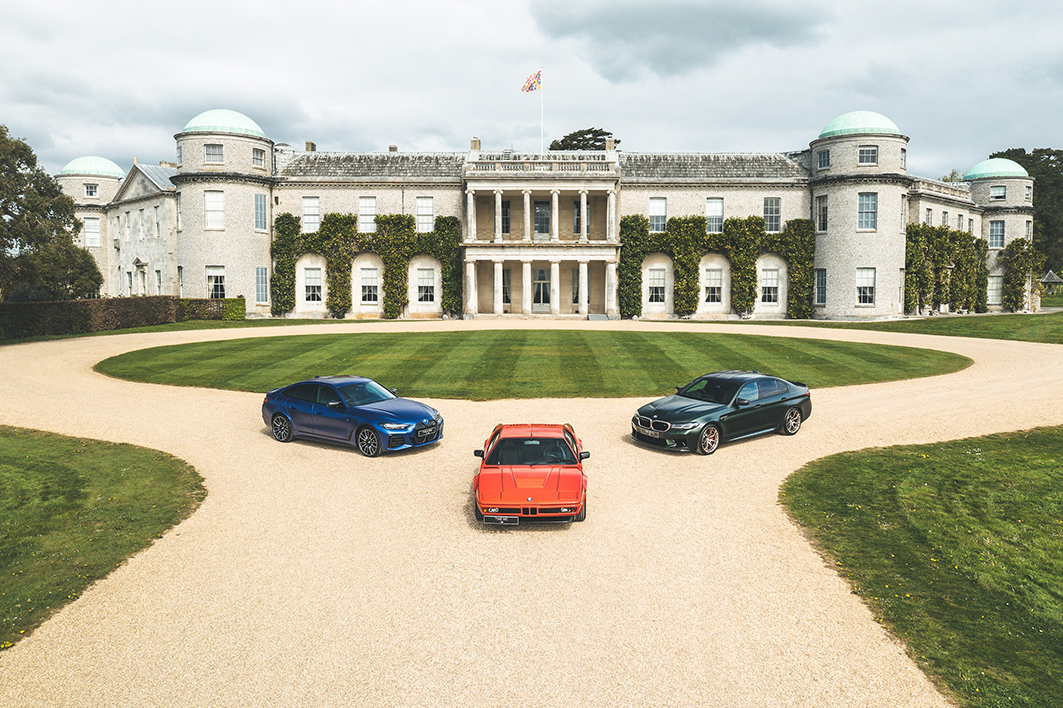 Goodwood is proud to announce that the Central Feature at the 2022 Festival of Speed presented by Mastercard will celebrate BMW M. The sculpture will pay homage to five decades of the division and showcase some of its most iconic models.

Since the first Central Feature in 1997, the Goodwood Festival of Speed has become synonymous with the bold and innovative sculptures which each year celebrate the extraordinary achievements of a different manufacturer or milestone.

BMW’s Motorsport division was launched in May 1972 with only 35 employees. However, it soon became one of the most successful racing departments in the world. Today, BMW M GmbH stands for compelling driving every day on the road, as well as on the racetrack. 2022 sees BMW M celebrate its 50th anniversary, with a number of exciting launches and celebrations planned throughout the year, including the Festival of Speed’s monumental Central Feature.

Attendees of the Goodwood Festival of Speed can look forward to seeing BMW M’s most celebrated vehicles take to the Hill across the weekend, with many of its famous drivers behind the wheel alongside other special moments. BMW will be present in two main locations; BMW M at Trackside and within the iconic Stable Yard – both locations will enable visitors to see the latest cars up close.

BMW was previously honoured with the 2016 Central Feature, when the marque celebrated its centenary with a sensational gathering of cars at the Festival of Speed. The Central Feature was unveiled in a dramatic firework display accompanied by a cavalcade of BMW’s finest motors sweeping up the Hill; while the BMW M Avenue showcased 12 iconic current and historic cars.

Further details of BMW M’s presence at the Goodwood Festival of Speed will be announced in the coming weeks. 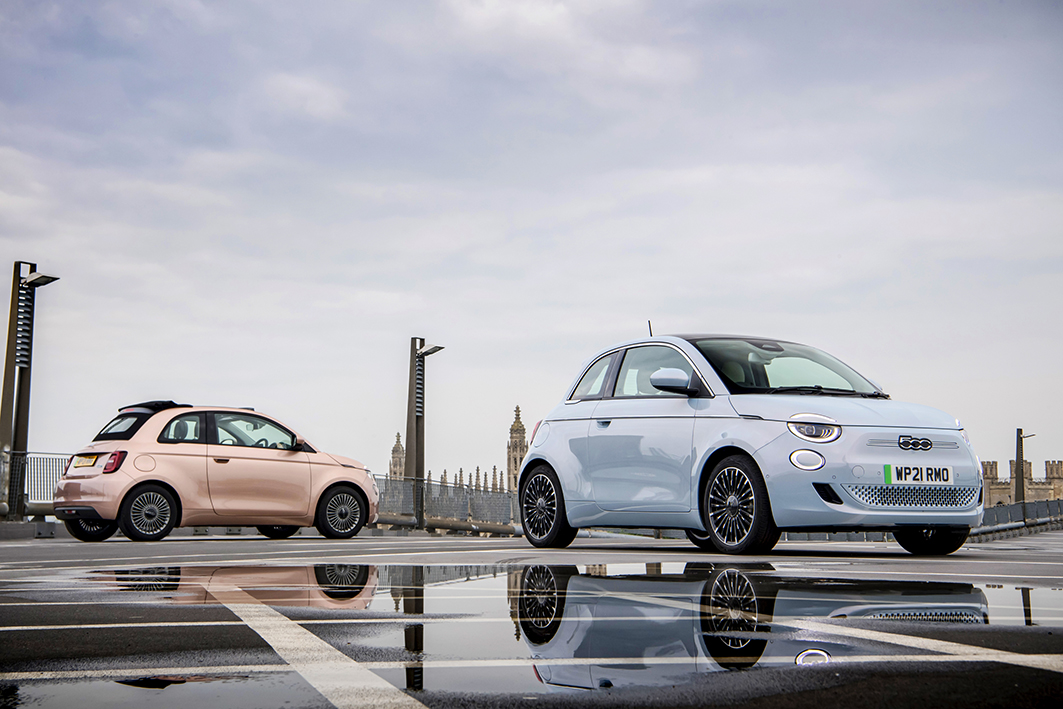 The fully-electric New Fiat 500 continues to make its mark, picking up yet another prominent automotive award. This time, the city car has been named Best Small Car at the annual Autocar Awards.

The New 500 marks the third generation of this iconic car and received praise for its ‘cute and distinctive’ design features, manoeuvrability and impressive driving range of up to 199 miles (WLTP) – the longest range of any electric city car on the market.

Made up of multiple trim levels – Action, Icon and La Prima, – the New 500 range has previously been recognised as being great value for money, stylish and having fantastic real world range. The car boasts three driving modes to choose from: Normal, Range and Sherpa, which are designed to assist and enhance the driving experience and manage energy efficiency.

Mark Tisshaw, editor, Autocar said: “The New 500 is a competitive electric car. Where it truly differentiates itself is that it is genuinely joyful, to look at and to drive. It is recognisable, it’s retro yet modern, it’s cute and it’s distinctive.”

Greg Taylor, UK Managing Director for Fiat and Abarth, said: “At the end of February, New 500 scooped its 25th award. Less than three months later, this award from Autocar marks the 30th accolade that our first, fully-electric car has picked up. This milestone pays homage to the exceptional work of our designers and engineers that have made the New 500 as impressionable as it is amongst our customers and industry experts.” 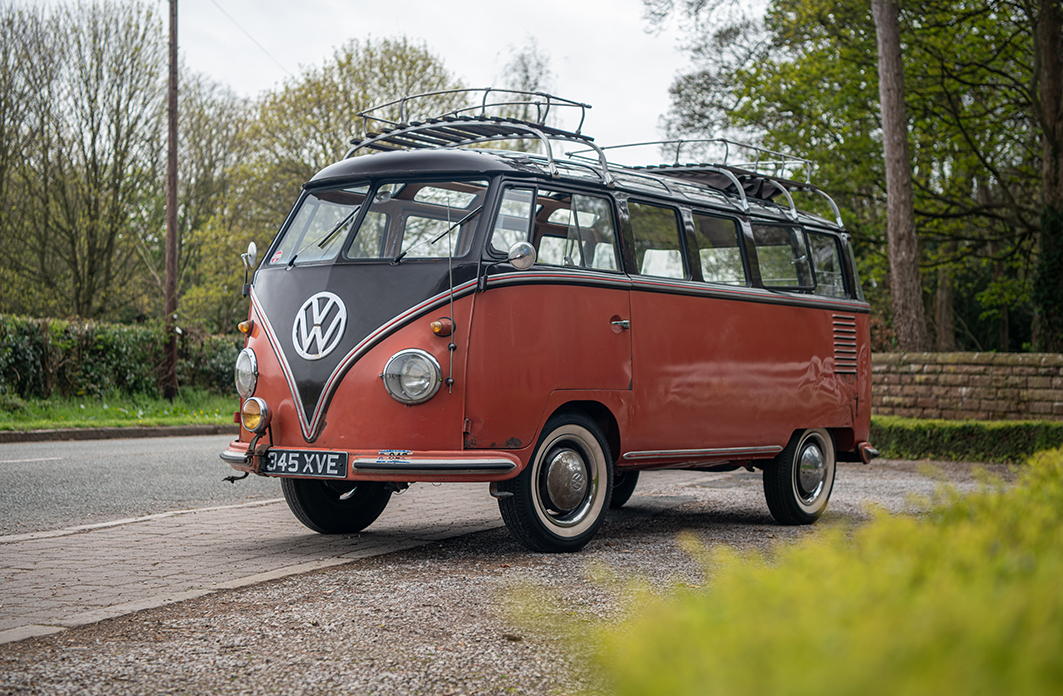 Quirky? You bet. Rare? Absolutely. Charming? As only the ultimate iconic Volkswagen Microbus with “every seat is a window seat” can be.

The 23-window Samba model currently up for auction via leading online classic and niche vehicle auction site Car & Classic may be forgiven for not being electric like the marque’s latest model, launched this month, but it is certainly original.

The Samba’s background: US-spec Microbus sold new in USA (LHD), dry-stored for over thirty years, then shipped to the UK where it has undergone a light restoration, leaving most of it in its original state.

Current condition: the interior is mostly untouched, with even the same floor mats it had when it came out of the factory. It is on steel wheels, and whitewall cross-ply tyres.

The Samba’s 1200cc engine, rebuilt to period specs, is not the original but mated with original transmission.

“As it is so often the case, Car & Classic’s auction platform was chosen to offer yet another unusual classic vehicle, close to the heart of many British enthusiasts and collectors,” says Car & Classic Head of Editorial Chris Pollitt. “At a time when Volkswagen has just announced the launch of its 2022 ID Buzz microbus propelled by the (nowadays) ubiquitous electric power, if you want to experience the real thing it may be hard to choose between the modern, retro design, and this 1957 Samba, which is clearly increasing in value, desirability and rarity.”

You can find the latest car auctions on www.carandclassic.co.uk/auctions where the team specialises in enthusiast-owned cars, from the latest modern classics to pre-war and veteran classics, barn finds and concours-winning examples. 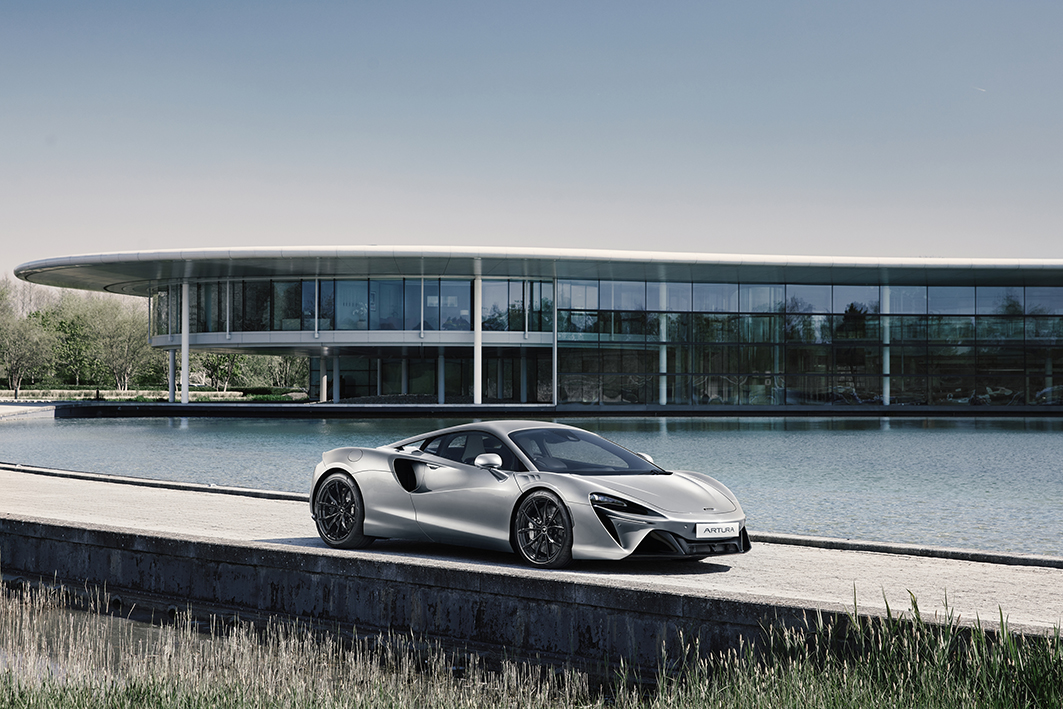 Now Britain’s longest-reigning monarch, Her Majesty is celebrated with a specially developed platinum silver ‘Platinum Jubilee’ paint. It has been matched to the materials used in a special badge created by McLaren Special Operations (MSO), McLaren’s in-house bespoke division, to mark the occasion.

Both features were revealed on a one-off example of the McLaren Artura, the brand’s groundbreaking new high-performance hybrid supercar, today at the MTC.

Following the development of a bespoke tool and press to create the badge, MSO and McLaren’s advanced coating’s partner AkzoNobel analysed different lighting conditions to define the most suitable metallic pigment combination. MSO’s paint developers then formulated the desired platinum composition which took eight days to complete including durability and application testing.

“It has been an honour for MSO to create a new platinum paint in celebration of Her Majesty’s Platinum Jubilee this year. This special paint, which will be available for customers to select for years to come, will be a fitting tribute to mark this historic milestone.” Ansar Ali, Managing Director – McLaren Special Operations, McLaren Automotive