This month we enter the magical world of abstract photographer Linda Bembridge, find out why modern technology will lose the battle against nature, visit one of the great gardens of England, and treat ourselves to a retelling Les Misérables by one of Swansea’s best novelists. 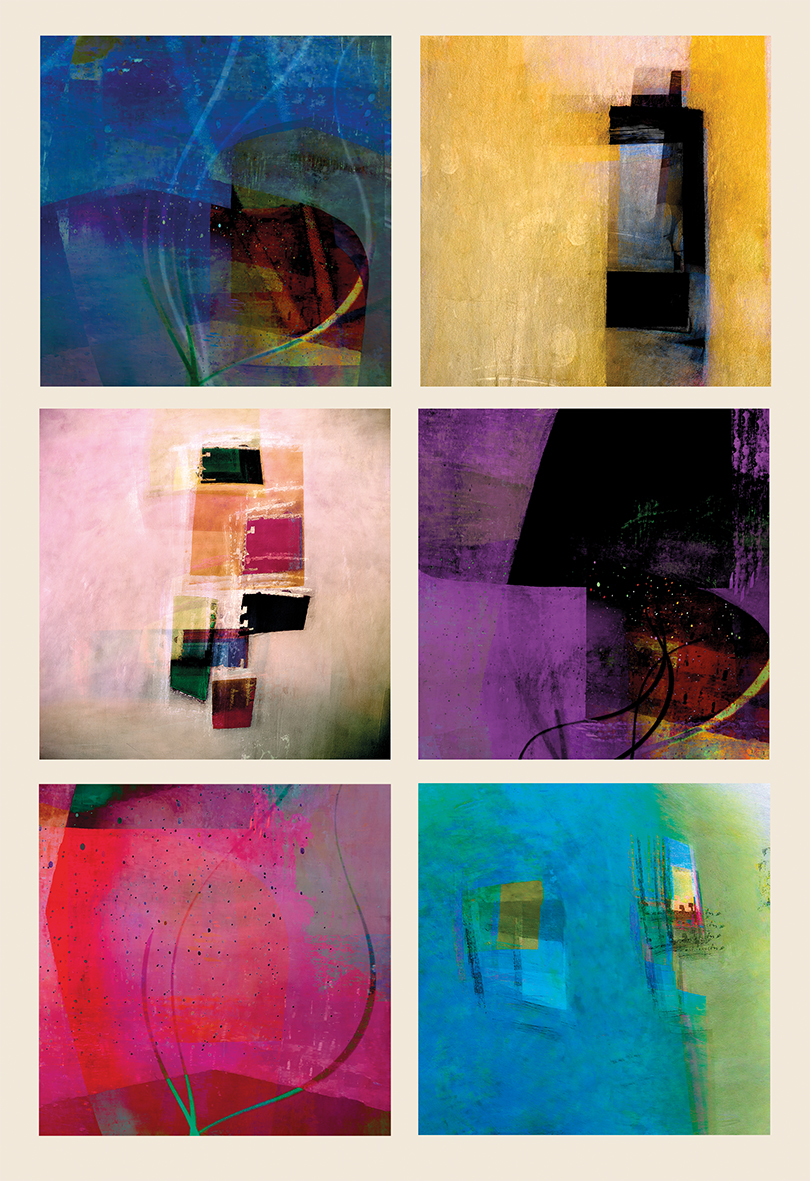 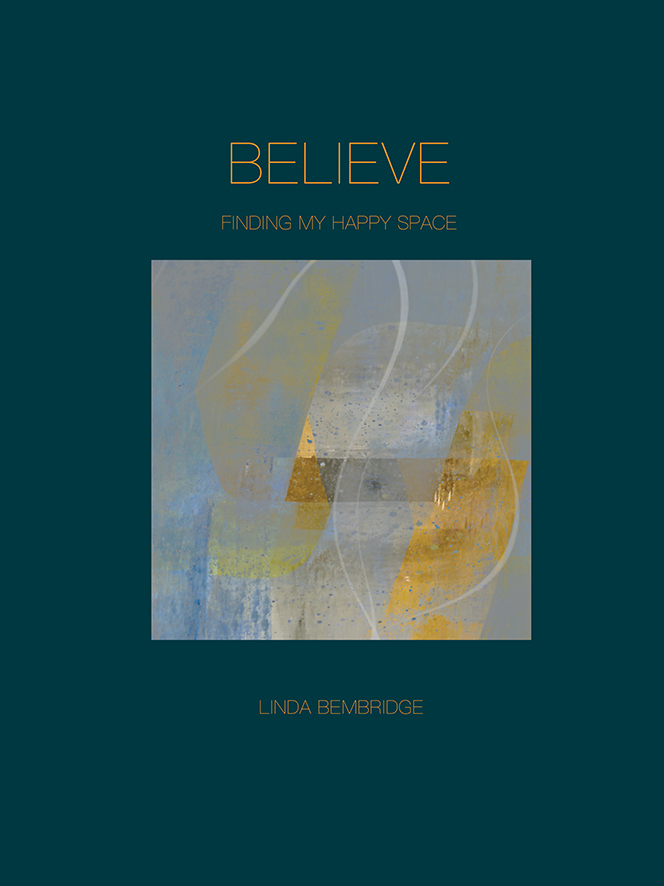 Introducing her book with a poem, photographer Linda Bembridge explains that the reason she does what she does in the way she does it is “to embrace the joy of making images for the sake of making images.” It’s an interesting opening gambit because, of course, what she’s doing with Believe is offering her photographs to the public for their enjoyment. But, this was ever the point of the autobiography: to write about the self in order to create a personal meaning for others. Apart from the fact that after a while, Bembridge stops writing in her staccato and epigrammatic style, and delivers her private world in photographs. Turn the page and she launches into a kaleidoscope of shape and colour. This is the lyricism of a collection of photographic suites so sumptuous that it’s virtually impossible to do justice to their mind-boggling creativity with anything as dull as mere words. They’re glorious.

Of course, not everyone will think so, because not everyone will even accept that these abstract expressionist images are photographs in the boring literal sense of the word. But she’s using a camera, and this is what comes out of it: “I must be capturing what I am seeing.” Make no mistake, no mistake, they’re photos all right… just not in the way most of us have come to know them. And that’s probably their main strength. An artist at work, living by different rules, creating personal narratives, pushing the camera’s silicon technology to the limit, working with colours that range from dayglo firestorms to pastel mists. It’s a shame, but there’s hardly any doubt that Bembridge will have to put up with people quizzing her on what her images are ‘about’. But it’s not as though she doesn’t leave a trail of breadcrumbs in her text. The literal story of her work is a dark one of a burned-out executive trying to find what’s left of her soul after sacrificing too much of it to the paradoxically soulless world of business. But it’s more than that. The clue is in her book’s subtitle: “finding my happy place”. It’s a quest, and these wonderful images are the grail. 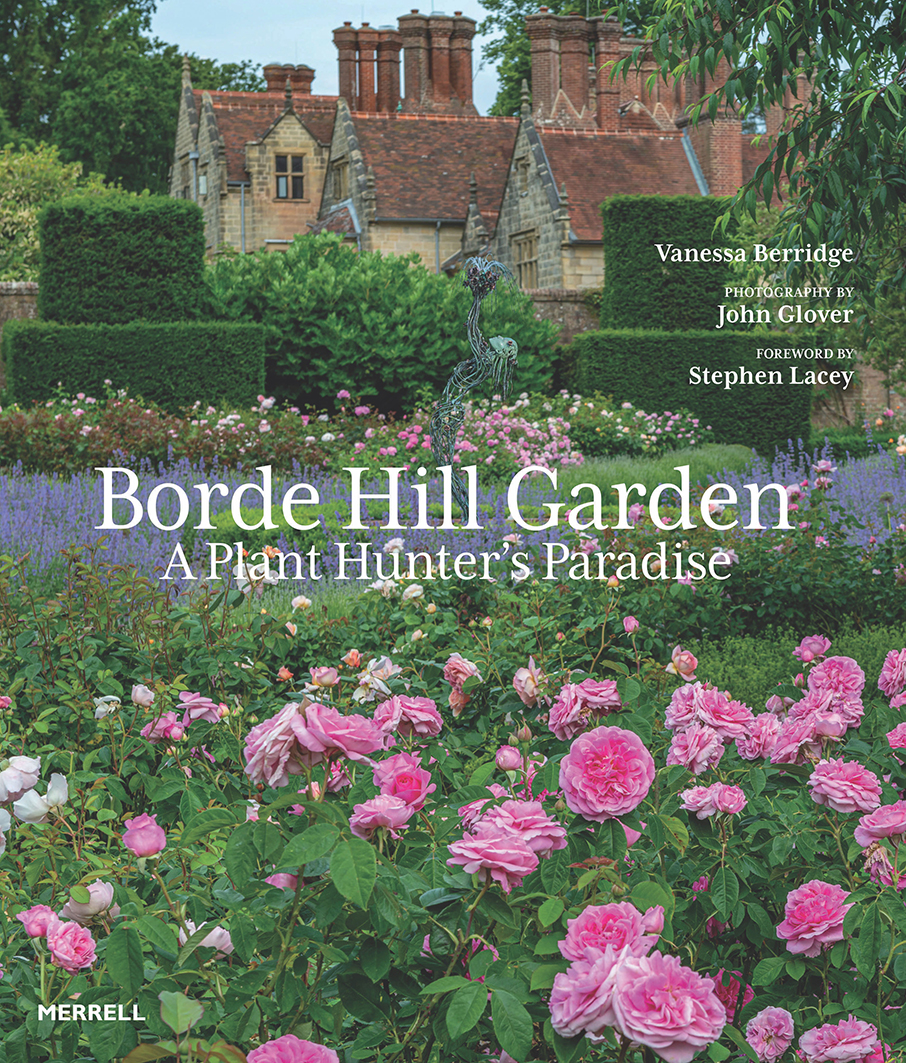 Described by Country Life as “one of the country’s truly great gardens” Borde Hill is widely renowned for its astonishing collection of unusual trees and shrubs. A Grade II* listed English Heritage Garden set in 200 acres of woodland and parkland, it was created by Colonel Stephenson Robert Clarke from seeds gathered by the great plant hunters of the early 1900s. Well over a century and three generations later, these stately West Sussex gardens are still owned by the Stephenson Clarke family and, under the banner of the Royal Horticultural Society, are open to the public for all to enjoy. After being confined to our various lockdown restrictions for what seems like an eternity, there can surely be no better therapy to ease the furrowed brow than a leisurely spin around these fabled grounds.

For those who’d prefer the experience in the comfort of their armchair, Vanessa Berridge’s stunning Borde Hill Garden: A Plant Hunter’s Paradise is a worthy second best to the real thing. Divided into two parts, in the first our author treats us to a history of Borde Hill, rifling through the archive to dig out old photos and correspondence to give us a snapshot of times past. The second part – nicely illustrated with modern photography by John Glover – takes us on a tour of Borde Hill as it is today. A superb souvenir of a very English garden, Berridge whisks the reader away from the modern world with this delightful book. 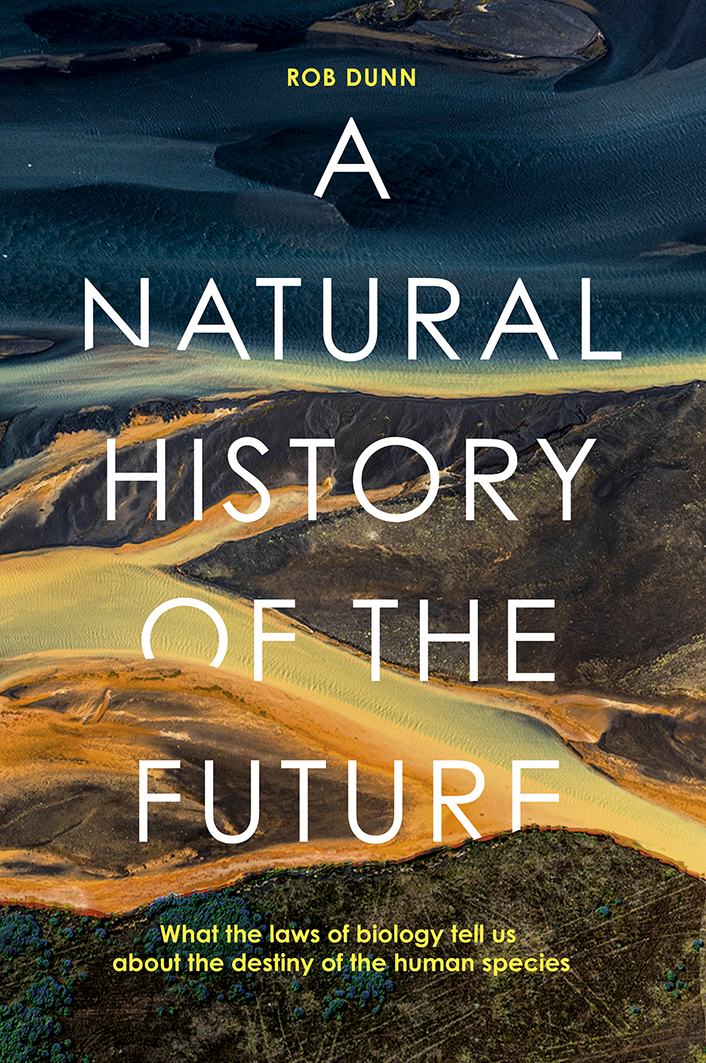 There’s something about living in the dawn of the digital age that’s created a mass hallucination. Here we are living in a connected world of the Internet of Things, fibre broadband and smartphones, labouring under the delusion that we can somehow control everything. There’s this pervasive Elon Musk-type view of the world that suggests that we can separate ourselves from nature, or that we could out-compete it with technology. Perhaps this is nothing new. Over the past century our species has repeatedly come up with ingenious engineering ‘solutions’ to tame or threaten nature. We straighten rivers, plant vast swathes of monoculture, dump gargantuan quantities of toxins into our rivers and seas. The Ancient Greeks called this sort of thing hubris, and it is the undoer of humankind.

But the truth – as Rob Dunn explains in his fantastic A Natural History of the World – is that no matter what technologies we apply to nature, no matter how much we try to reshape it for our own purposes, nature has more firepower and cunning than we do. As he examines the immutable fundamental laws of ecology, evolution and biogeography, Dunn shows us exactly why life on Earth cannot be stopped. Those monocult-ured fields get attacked by newly evolved pests, toxic waste dumps get colonised by microbes, and even the London Underground plays host to a new species of mosquito that can thrive in a habitat that makes most humans want to tear their hair out. Essentially a book about the understanding of biodiversity on our planet,

A Natural History of the World is also a reminder that humans are as subject to the laws of nature as any other species, and we ignore them at our peril. 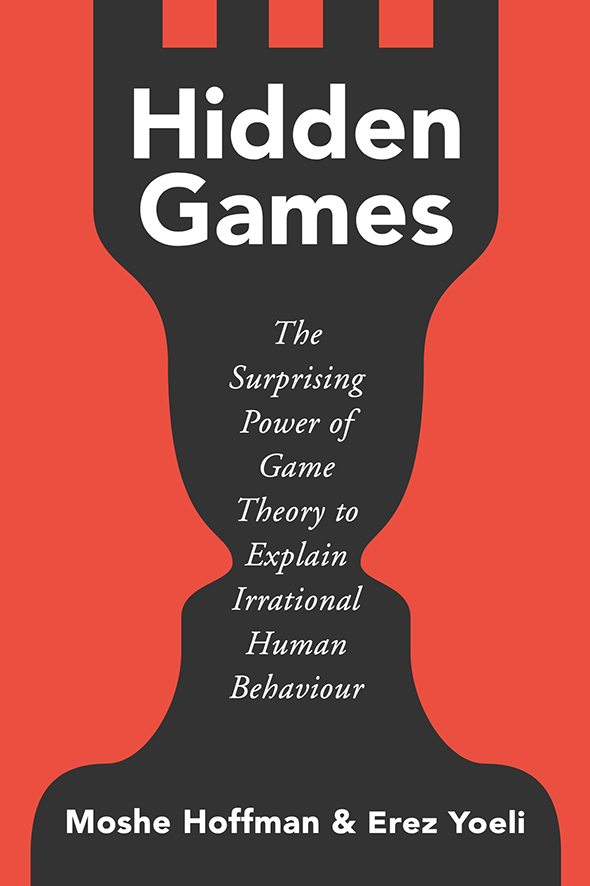 Human beings are strange things. Have you ever wondered, for example, why the territorial act of putting a towel on a vacant sun-lounger should reserve it, or why hanging your jacket on the back of a chair should deter others too? Has it ever crossed your mind that there’s an inconsistency in the way we give our money away? We seem to be perfectly happy to throw digital cash at anonymous GoFundMe-style online sponsorship schemes, and yet balk at the idea of donating directly to charities that will pound-match our contributions. This all seems strangely at odds with the prevailing 20th century attitude that firmly held humans as being fundamentally rational. Behavioural economists expressed all this with tools such as Game Theory. That is until a later movement over-turned the theory by stating that humans were fundamentally irrational. It’s enough to make you wonder what’s going on. To be more precise, this is what prompted Moshe Hoffman and Erez Yoeli to come up with Hidden Games, which they’ve thankfully sub-titled The Surprising Power of Game Theory to Explain Irrational Human Behaviour. It’s a mind-bending read, but what it all boils down to, they conclude, is that if we want to know more about why we humans behave the way we do, then we need to start by examining the unconscious (but rational) basis for our conscious (but seemingly irrational) behaviour. Simple as that really. Great stuff.

Here at Bay Towers, we had a hardback of Rob Cowen’s The Heeding on our list of possibles for many months, but what with the pandemic and all that, it seemed to get lost in the shuffle. And so breaking with tradition, we’re doing the decent thing and having a shufti at the paperback. For those of you who missed it, The Heeding is a book of 35 poems that “follow the arc of an unprecedented year in the grip of the pandemic, spring to spring.” And while the cynic in me says that there is simply nothing unprecedented about a pandemic – in the past few decades we’ve had tuberculosis, Russian flu, Spanish flu, Asian flu, cholera, Hong Kong flu and so on – there is something neatly original in documenting the natural world that carried on regardless in sharply-observed, well-crafted poetry. Once you’ve dispensed with the endless padding of an unnecessary intro-duction, pages of shout-lines from other writers telling us how good the book is, and the intrusion of some competent but pointless illustrations, what we’ve got left is no-nonsense verse that made me want to go and dust off my faded old Ted Hughes paperbacks. Cowen is clearly a contemporary poet of talent and promise, but his publishers don’t seem to trust his work to speak for itself and have buried his words under a mass of froth, so that we can hardly see the wood for trees. 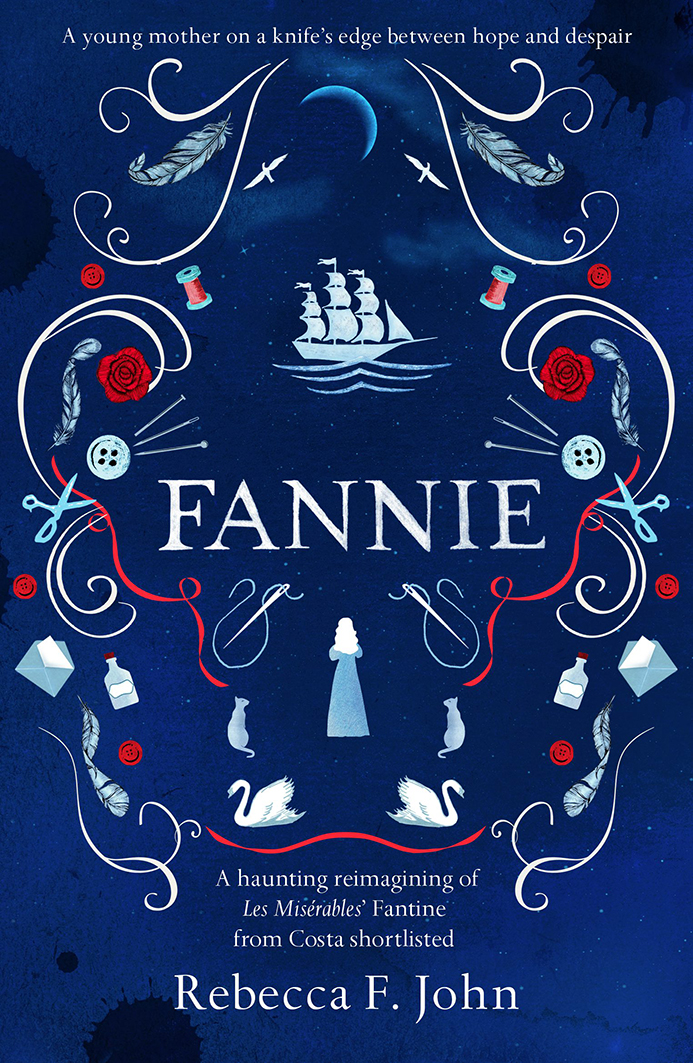 We all know the story of Les Misérables because we’ve all been to London on the bus to see what’s bizarrely the world’s most successful stage musical. Some of us may even have read Victor Hugo’s unfeasibly enormous 19th century historical novel on which the show is based, following the fortunes of the protagonist Jean Valjean who we know, if we know nothing else, was sent to prison for stealing a loaf of bread. I seem to remember when I read it at university several decades ago, I fell under the spell of Hugo’s female protagonist Fantine, a beautiful Parisian grisette who turns to prostitution, and whose tragic life comes to an end in the most pitiful of circumstances. It seems I wasn’t the only one, because Swansea novelist Rebecca F John has just published the irresistible Fannie, a first-person retelling of Les Misérables from Fantine’s perspective. It turns out that John has been obsessed by Les Misérables ever since she was a kid. “I loved every character,” she tells us in a note at the end of her text. “It was Fantine’s role that most held my fascination… but her storyline was always shaped by other players.”

In the novelist’s mind this was an injustice, and so she took the (extremely daring) decision to tell Fantine’s story herself. And it’s a brave writer indeed that treads the path of embellishing a classic author’s legacy (think of all those lamentable Jane Austen sequels), but John has pulled it off with flying colours and Fannie is, in the words of Theatreland critics, a complete triumph. Her prose is exquisite and her control over the emotional temperature of the piece is masterly. Fannie is clever and poetic, and if you can get to the end without a tear in your eye, there’s something wrong with your soul.