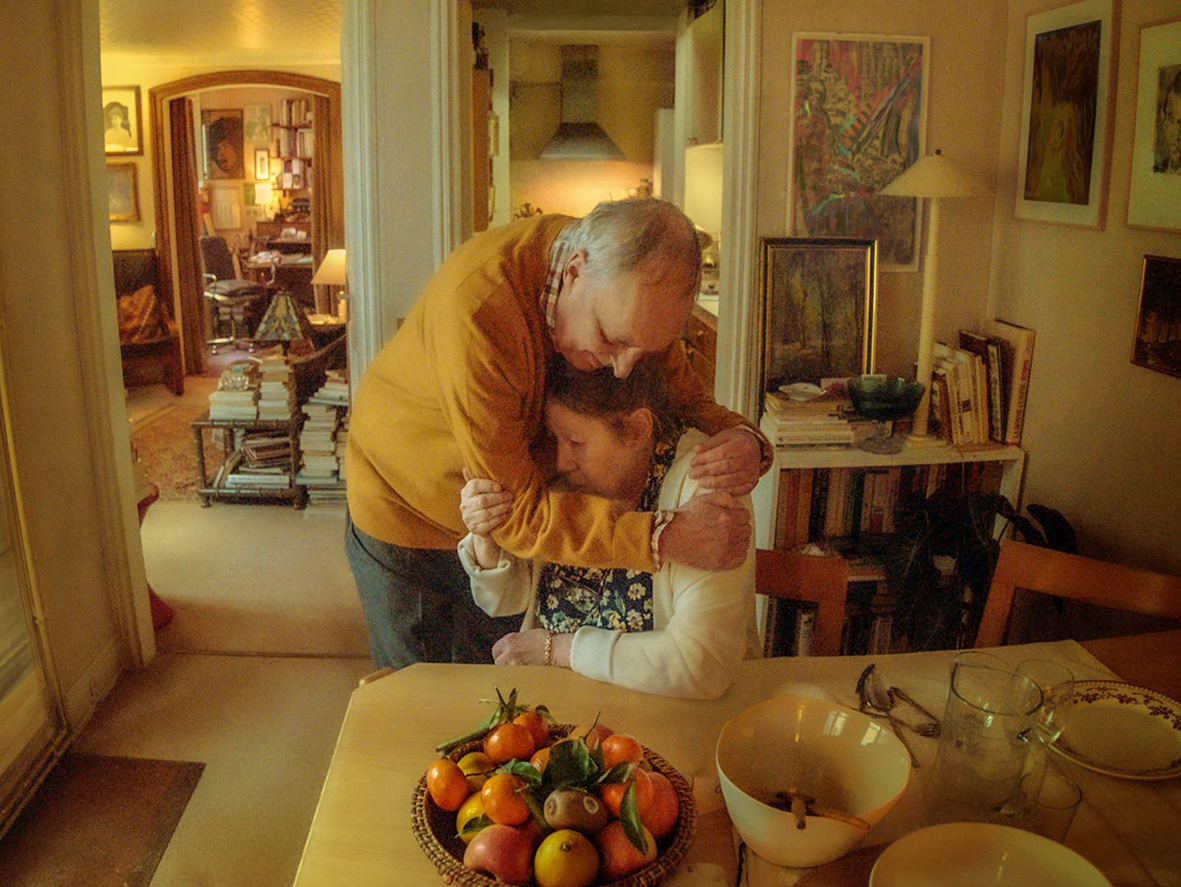 Emlyn’s film choice for this month is going to be a hard watch. Dementia and frailty touch just about everyone at some time in their lives, and Vortex gives an insight into just how it is for everyone concerned. At the time of going to print, Vortex wasn’t scheduled for screening in any Swansea Cinema, so it will have to be viewed on download when available.

Films about dementia, memory and forget-ting, seem to have been in vogue for a little while now, from Anthony Hopkins’s Oscar-winning performance in The Father to animated kids’ movies like Pixar’s wonderful Coco. Still, not many people would have probably predicted that Gaspar Noe, who made his name as a provoca-teur and something of an enfant terrible, would be the next to grab this particularly thorny branch. And while it’s no great surprise that he’s made an excel-lent film in Vortex, its intimacy and mundanity set it apart quite dramatically from the rest of his output.

It’s the simple story of an unnamed elderly couple, played by Francoise Lebrun and Dario Argento (in a very rare acting role for the legendary director of Italian horror movies), who are starting to experience the mileage of their years in a big way. He’s physically frail and has suffered a stroke in the past, and her mind is beginning to disintegrate – slowly at first, but more drastically as the film goes on. They and their son try, with varying degrees of success, to look after each other and find a solution for their situation.

Almost the entire film is presented in split-screen, with each half given over to one character’s perspec-tive; usually His and Hers, but occasionally changing to someone else, usually their son. It’s powerfully subjective filmmaking, locking you in to these people’s viewpoints for the whole duration – there’s hardly a frame that doesn’t have either Argento or Lebrun in it – and enhancing that with largely hand-held camerawork that never gives you a reprieve from being in these people’s heads. Occasionally it briefly cuts to black, only for a moment, but we’re left to figure out for ourselves how much time has passed in these ellipses, as we have to sometimes struggle to see where the events on each screen exist in relation to one another. It’s deeply intimate and often very disorienting, and a hugely effective trick for conveying their mindsets.

The two halves are separated by a black line down the middle, and even when both perspectives show the same room they never quite line up. No matter what happens, this impassable barrier exists between them, which stands both for how our perspective can never be perfectly in sync with someone else’s generally, and for the divide that’s newly appeared because of Her increasing dementia specifically. They can’t communicate as they used to and putting a literal dividing line between their points of view visualises that in an enormously powerful way.

It’s a long film about ordinary lives drawing to what is unfortunately an all too ordinary end, it’s sensitive without being remotely sentimental, showing us with bleak frankness every detail of the decline. Noe uses long takes with little in the way of his usual flashy directorial showmanship, a conscious choice to stay naturalistic and let the performances speak for themselves. And the performances are quite remarkable; Argento has the showier role as a brash academic determined to bluster his way out of an impossible situation, his frustrations with his wife’s disease often coming across as callous. Lebrun is quietly amazing, literally so as her voice almost never rises above a whisper, with every word and gesture conveying how confused, frightened and lonely her condition is making her. There’s one scene in the evening where the low lighting in their house, her performance and the split-screen feeling of being locked inside her head combine to briefly make Vortex feel like a horror film – which it is in a sense, of course.

Noe doesn’t flinch away at any point and insists on an unsparing look at the reality of these people’s lives, with the inevitable result that Vortex is a bleak film and hard to watch at times. But to do differently would be to chicken out, one imagines, and if you’re going to tell this kind of story you need to do it properly. Suffice to say, he has done: this is superb filmmaking, taking on tough material and treating it as seriously as it needs to. Just maybe have a comedy lined up for afterwards.