Entrepreneurs – are they born or made?

I loved studying psychology when I was at college and there was nothing that seemed to get the class into debating mode than the nature vs nurture debate.

For those who are unfamiliar with this, in simple terms, it is a long-standing debate as to whether a person’s characteristics are formed by either “nature” – innate biological factors (namely genetics) or “nurture” – which is more about environment, upbringing, and life experiences in general.

In class, we always concluded that it was a combination of both, which seems logical…but when I started my career in sales, the debate raged on and seemed to go more to the extremes.

Many people told me that “salespeople are born and not made,” as well as the reverse – and a little later in my career, when the subject of “entrepreneurship” came up, the debate was even more forceful.

So, I will give you my opinion, which has been developed and refined, over the last eighteen years – after the birth of my first child and watching the development of all of my children, plus in training salespeople with absolutely no experience to enjoy success as well as coaching and mentoring many businesspeople and entrepreneurs.

I believe that everyone is born with the core qualities needed to be a successful entrepreneur, salesperson…or successful anything for that matter. 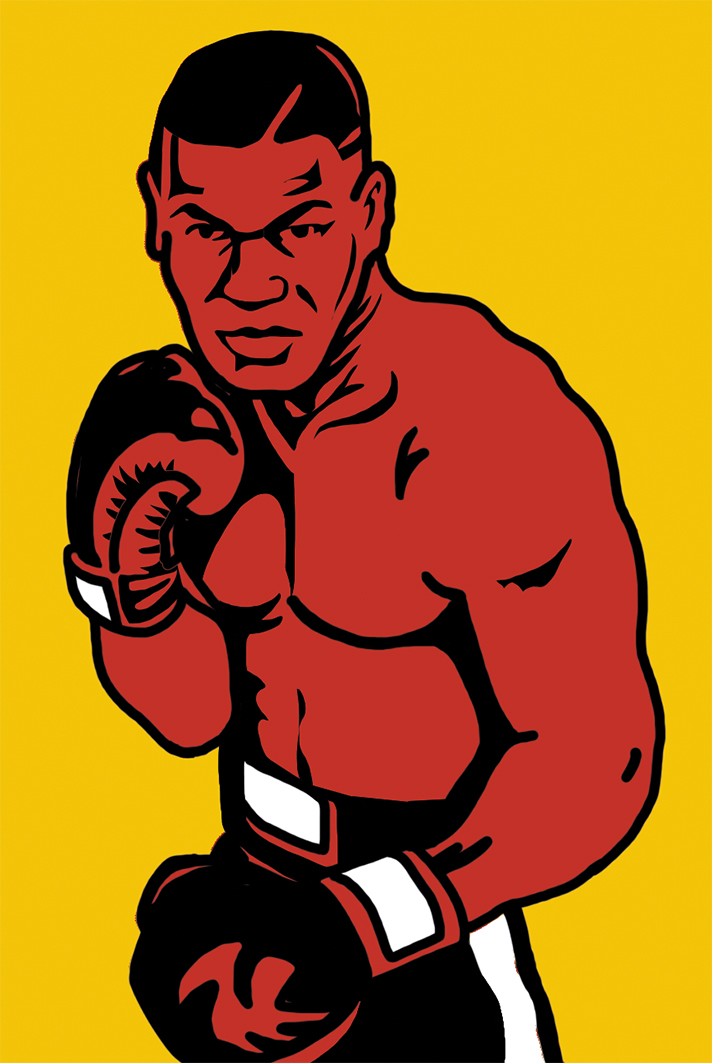 Back in the 80s, I was watching a documentary on the late boxing trainer of Mike Tyson, Cus D’Amato.

D’Amato was more of a philosopher than a boxing trainer, in my mind anyway and developed a boxing style that was way ahead of its time…but what impressed me most and became the backbone for my own style of sales training at the time, was how he evaluated a potential fighter.

In short, he said that he looked for a “spark” in someone and would then look to ignite that spark and turn it into a fire…and then a raging inferno!

He also taught his fighters what he termed as the most important factor, not only in boxing, but in life and that is self-belief.

He finished with a statement that stuck – “there’s no such thing as a natural boxer, only a person with a natural aptitude for boxing.”

That last statement got me thinking and the thinking was awakened following the birth of my first child, nearly twenty years ago.

When observing my own children growing up, I saw in abundance, qualities such as fearlessness, creativity, imagination, persistence…and being able to use probably the most important quality of all:

Why did my children gravitate to certain people and run from others?

I was always amazed at this and with 3 children and over a few years, they never ceased to amaze me with their instinct, when it came down to meeting people for the first time, as nobody could have taught them.

And all of them were masters of getting that ice-cream cone just before dinner!

Watching my children talk to their “imaginary friends” was another strange experience and not so much about the imagination part, but more about the conviction in their voices and how they believed those conversations were real and actually happening.

Maybe as adults we are missing something!

Yet, many of the entrepreneurs, sales, and businesspeople I meet and give advice to, are frightened to make a cold sales call to a potential customer, that might just result in some income, or they are not proud of their creative abilities that could change the landscape of the industry they are working in.

I believe those magical childhood qualities were shut down…just as I was when I look back on my life and how I transitioned from a child into an adult.

Hearing the words “grow up,” “you’re too old for that,” and “stop being so stupid,” among other things has the potential to wreak havoc on your own self-belief.

The transition from your own world to the real world can be painful and the comfort you have with your friends (imaginary or not) can be shattered when you leave your home and go to school for the first time.

Now you have to conform, to meet a standard and that means losing some of those precious qualities you once expressed effortlessly.

And the consequences can be devastating – for me it resulted in a withdrawal into shyness, which haunted me throughout school…and a total lack of self-belief that I didn’t start to change until my late teens, when martial arts gave me the platform to, in an extent, re-build myself.

As a parent now, I try my utmost to keep alive those key qualities and fuel them – in reality I think in some ways, it’s better not to “grow up!”

When I work with entrepreneurs, salespeople or anyone who lacks self-belief, I try to reconnect them with their childhood state.

I try to get them to be “free,” to let go and simply act without thought, just as they did when they were children.

Then you get to see people almost “play” when they are working…it looks easy and if you look at the best people in anything, they make what they do look fun and easy.

Sometimes you have to abandon the concern about the outcome and just, as one sports manufacturer said, “do it!”

We are all children at heart!

This is the layer you add on top to make sure you can deliver in the business world – the understanding how commerce works.

There are no miracle pills, no quick fixes and it’s just a matter of discipline and hard work that will give you the knowledge you need to at least “hold your own” and in any business discussion.

You don’t need an MBA or any other formal qualification…just the willingness to learn the basics of the business functions – sales, marketing, finance, administration, technology, risk management, etc.

And if you have a passion for business…and from my perspective, you shouldn’t be in it if you don’t, the learning will be easy and enjoyable.

Then you unleash it to the world!