What is the connection between Paddington and Mumbles?

We now know what the Queen keeps a marmalade sandwich in her handbag, after Paddington Bear was invited to Buckingham Palace for the Platinum Party on 4th June.

Paddington Bear is 64 years old, and hails from “darkest Peru”, he arrived in the UK and was discovered by the Brown family in Paddington Station carrying his battered suitcase.  Paddington is the work of Michael Bond CBE.

Michael Bond, was born in 1926, and was 32 years old when he wrote the first book, “A Bear Called Paddington”.  Bond would go on to write a further 28 Paddington books and lived to see the release of two films, “Paddington” (2014) and “Paddington 2” (2017).  Bond died in 2017 aged 91 and is buried at Paddington Old Cemetery.  His simple headstone bears the inscription “Please look after this bear. Thank you” 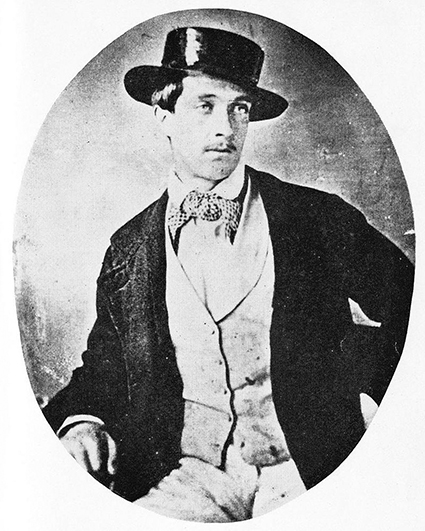 Paddington Old Cemetery is located in Kilburn, London and was opened in 1855.  The cemetery is 24 acres and Grade II listed.  Among the notables buried here is Arthur Orton a man who was the centre of a legal case that captivated Victorian England.

Orton died in 1898 and is buried in an unmarked grave, but he is remembered as the “Tichborne Claimant”, from the Tichborne Case of the 1860s/70s. 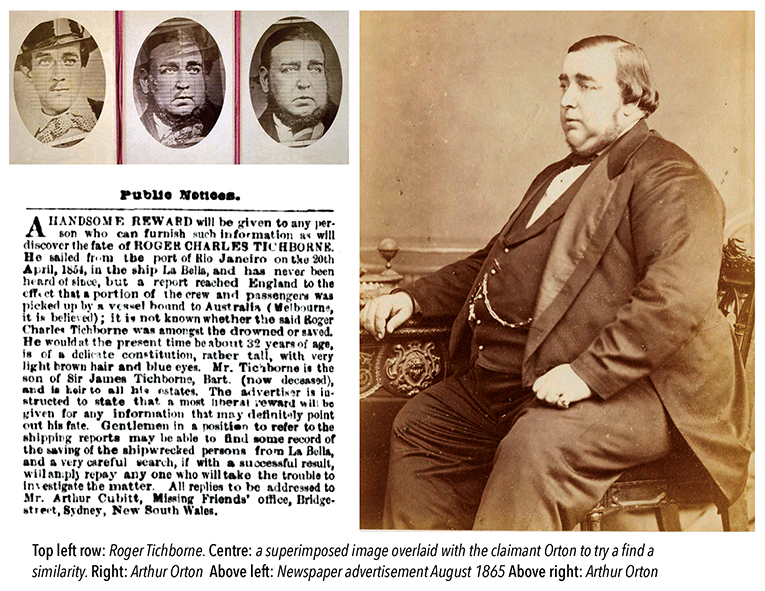 Roger Tichborne (left) was the son of Baronet James Tichborne. Roger disappeared whilst travelling around South America, in 1854.  The ship on which he was travelling the Bella was shipwrecked and his family were led to believe that he had been lost at sea. His mother heard a rumour that he may have survived and had made his way to Australia, so she placed advertisements in an Australian newspaper offering a reward for information on his whereabouts.

In 1865, a bankrupted butcher, Thomas Castro, residing in Wagga Wagga, Australia claimed that he was Roger.  When challenged by a lawyer, Castro’s true identity was established as being Arthur Orton, a butcher’s son from Wapping in London, who had gone to sea as a boy and had settled in Australia.  The jury of the case Regina versus Castro, 1873/74, found that the Castro was not Tichborne but Orton.  Orton was sentenced to 14 years in prison.

On his release from prison, Orton, was in poverty and he was still stating that he was Tichborne.  When he died 1898, the Tichborne family allowed his coffin to bear the name of “Sir Roger Charles Doughty Tichborne” and the name Tichborne was registered with the cemetery records.

So what is the connection with Mumbles? Local actor Robert Pugh, who lives in Mumbles portrayed Orton in the film ‘The Tichborne Claimant’ in1998, and apparently Tichborne Lane in Thistleboon takes its name from the Baronetcy according to Stuart Batcup’s book “A Trek Through Old Mumbles and Thistleboon A History”. Copies of Stuart’s book are available from Cover to Cover.