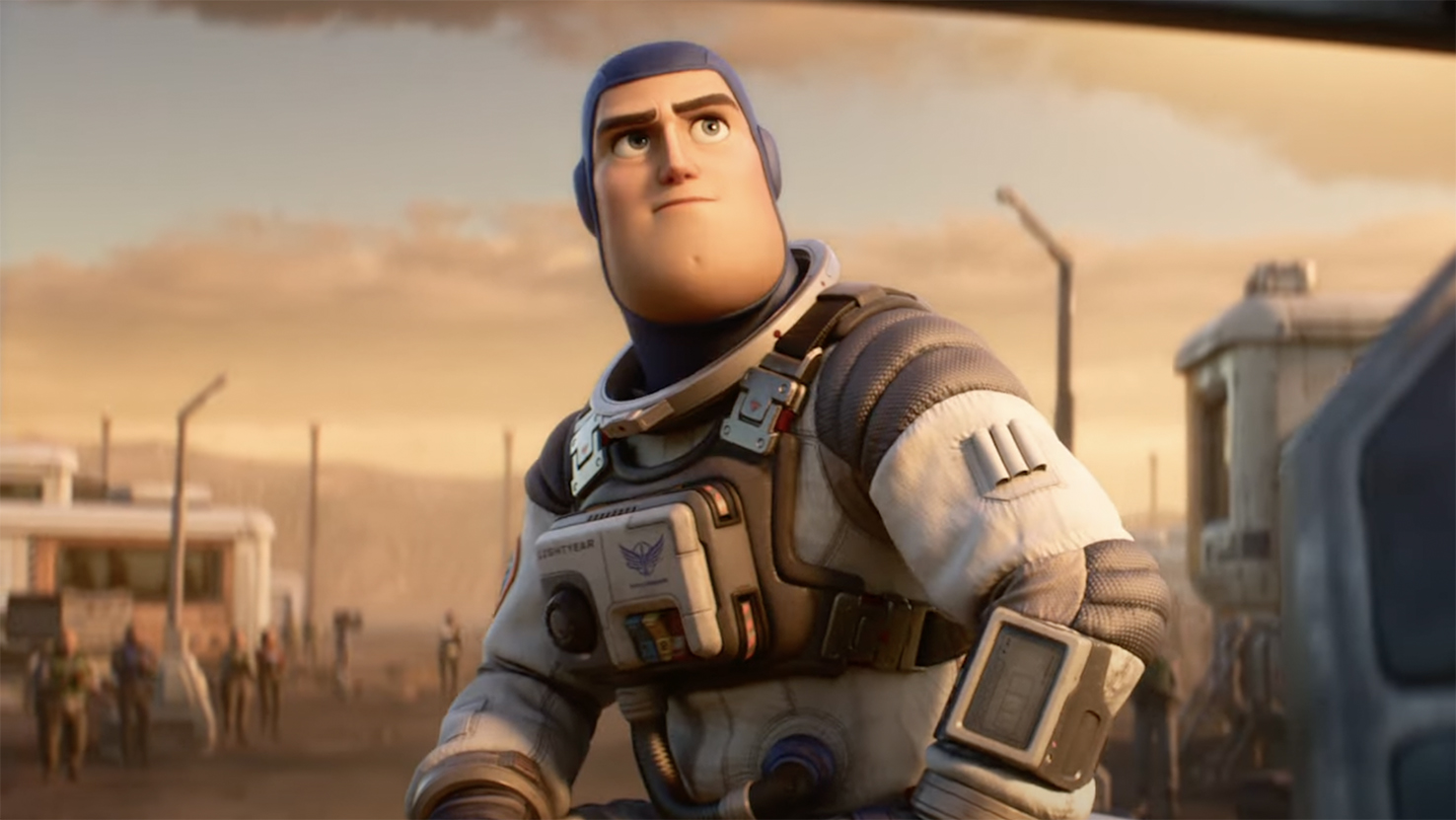 It’s impossible not to be charmed by the square jawed Space Ranger Buzz Lightyear, who so often saved the day in the Toy Story films, and now we discover the film that sparked the franchise. This is a film for all ages and it’s sure to be a hit – to infinity and beyond.

At long last, we have a new Pixar film being released in cinemas, after their last few having gone straight to Disney+ to the displeasure of fans and, reportedly, their employees too. Maybe the higher-ups thought the more esoteric Soul and the absence of big stars in Turning Red made them a harder sell commercially, but either way, they’re back where they belong with Lightyear, a spinoff about possibly (?) the studio’s best-loved character. Or a version of him at any rate.

The idea is that this is the movie that Andy watched way back in 1995 that made him want the Buzz Lightyear toy that sparked off the very first Toy Story. Buzz is the Space Ranger that toy believed himself to be, piloting a colony ship, crash-landing on an uncharted planet and needing to find a way to get everyone back into space. Obviously this will prove easier said than done, and that’s before the Evil Emperor Zurg shows up.

It’s a given with any new Pixar film, but Lightyear really does look terrific, convincingly capturing the mood and feel of what this kind of big-budget space epic might have looked like if it had been made in the ‘90s. The grimy, practical, industrial quality of the ships, their control consoles pleasingly analogue and covered with big chunky buttons labelled things like “Launch” and “Hyperspeed” completely eschews the more slick, digital look of, for example, the Star Trek reboot series, and helps give Lightyear a very distinct vibe. No mean feat in a genre so dominated by the two Star franchises, to which there are lots of homages and tributes paid throughout the running time.

It’s a very nice surprise how science fiction-y it is as well when the expectation was that it would just be a straight space adventure. Time dilation brought on by travelling at relativistic speed is a major plot point, and one character has a crippling phobia of the endless momentum of objects unbound by gravity – if you can’t grab on to something, you’ll just drift forever. 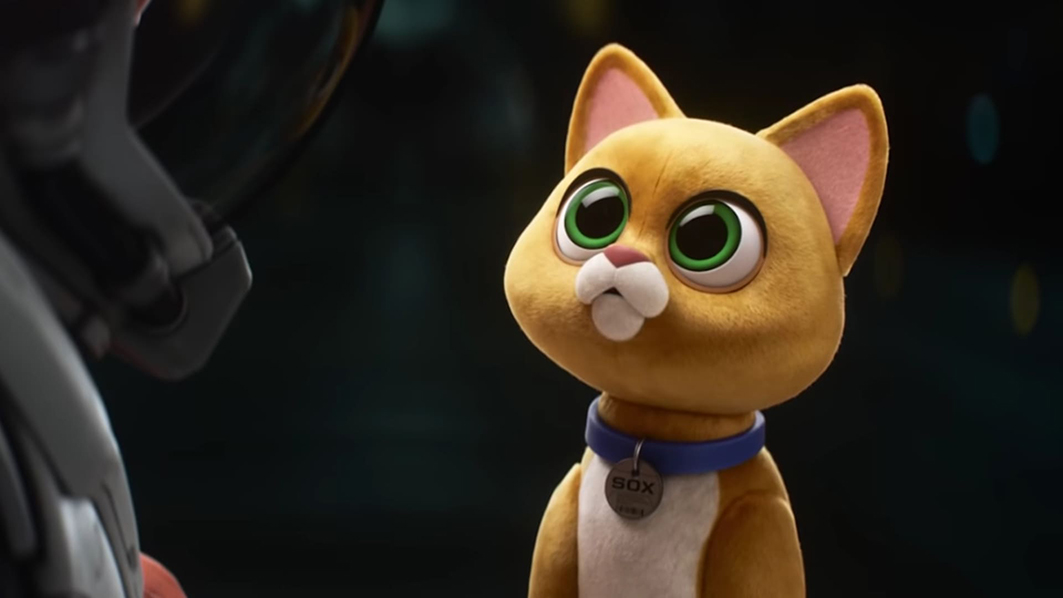 But for all that, it doesn’t shirk on the action-adventure side, offering plenty of chases, laser gun battles, spaceships and robots – both killer and friendly – for more immediate thrills. One of the robots, a robo-cat named Sox who’s what might happen if R2-D2 and C-3PO had their personalities merged and inserted into the brain of a housecat, is possibly the best thing about the film. His deadpan delivery, surprising competence on an adventure and stereotypically cat-like behaviour are very cute and extremely funny; the toys of him are probably going to be enormously popular.

Chris Evans takes over as Buzz from Tim Allen and does a good job as a more human, less cartoonish version of the character. He lacks the delightful pomposity of the toy Buzz, but a smattering of lines quoted from the first Toy Story and his politely arrogant insistence on doing everything himself help establish a sense of continuity with him. This Buzz is a man out of time, not unlike the Captain by whom Evans will likely always be defined for better or worse, and while you won’t need to be an expert in orbital mechanics to plot the trajectory of his character arc, there’s a surprising amount of pathos here. Much of that is down to Evans’ performance, which is commendably subtle considering how silly and overblown (neither of those are criticisms) Buzz is in the Toy Story films.

Lightyear is ultimately a film of surface pleasures more than anything else, the whiz-bang set pieces, robot fights and funny talking cat carrying the day, but it’s not for lack of effort on Evans’ part, and there’s a montage of time passing early on that’s remarkably moving given how generally light-hearted the rest of the film is. The first ten minutes of Up aren’t in any danger of being dethroned, but that isn’t to say that Lightyear’s attempt is bad by any means. And that rather sums it up really; Lightyear isn’t top-tier Pixar, lacking the emotional depth and heft of the studio’s classics (it isn’t anywhere near as good as Turning Red), but it isn’t really fair to expect that kind of greatness of every Pixar movie. They can’t all be masterpieces, and this is a hugely entertaining adventure that kids and grown-up sci-fi fans alike will really enjoy. Sometimes good fun is good enough.