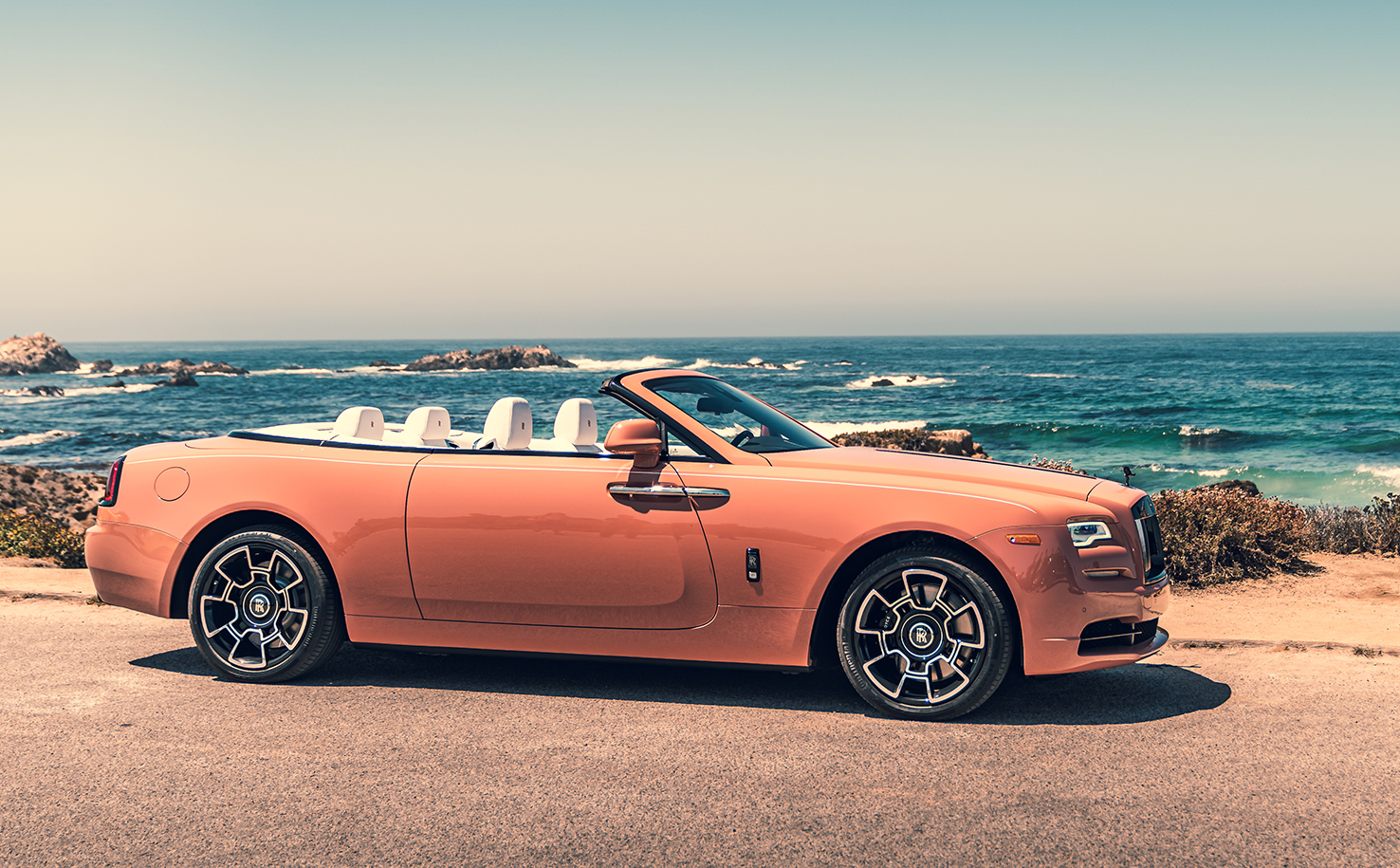 “Umm…How long have you got?”

Questions, questions. Where exactly does one start? Funny, last week when I was driving a press fleet Dacia Duster, I was anonymous; I like being anonymous. No one stopped to ask questions then. This week suddenly everyone wants to talk. I appear to have friends I never knew existed,

I’m under no illusion that it’s “my” car, rather than me, that’s garnering all the attention (fine by me!), but I suppose it’s not every day that you see a Rolls-Royce Dawn Black Badge edition.

Now, if you’re not familiar with your Rolls-Royces, you may not be aware of their Black Badge series cars. Allow me, as I’ve attempted so many times already, and with  more than little help from Rolls-Royce themselves, to explain. 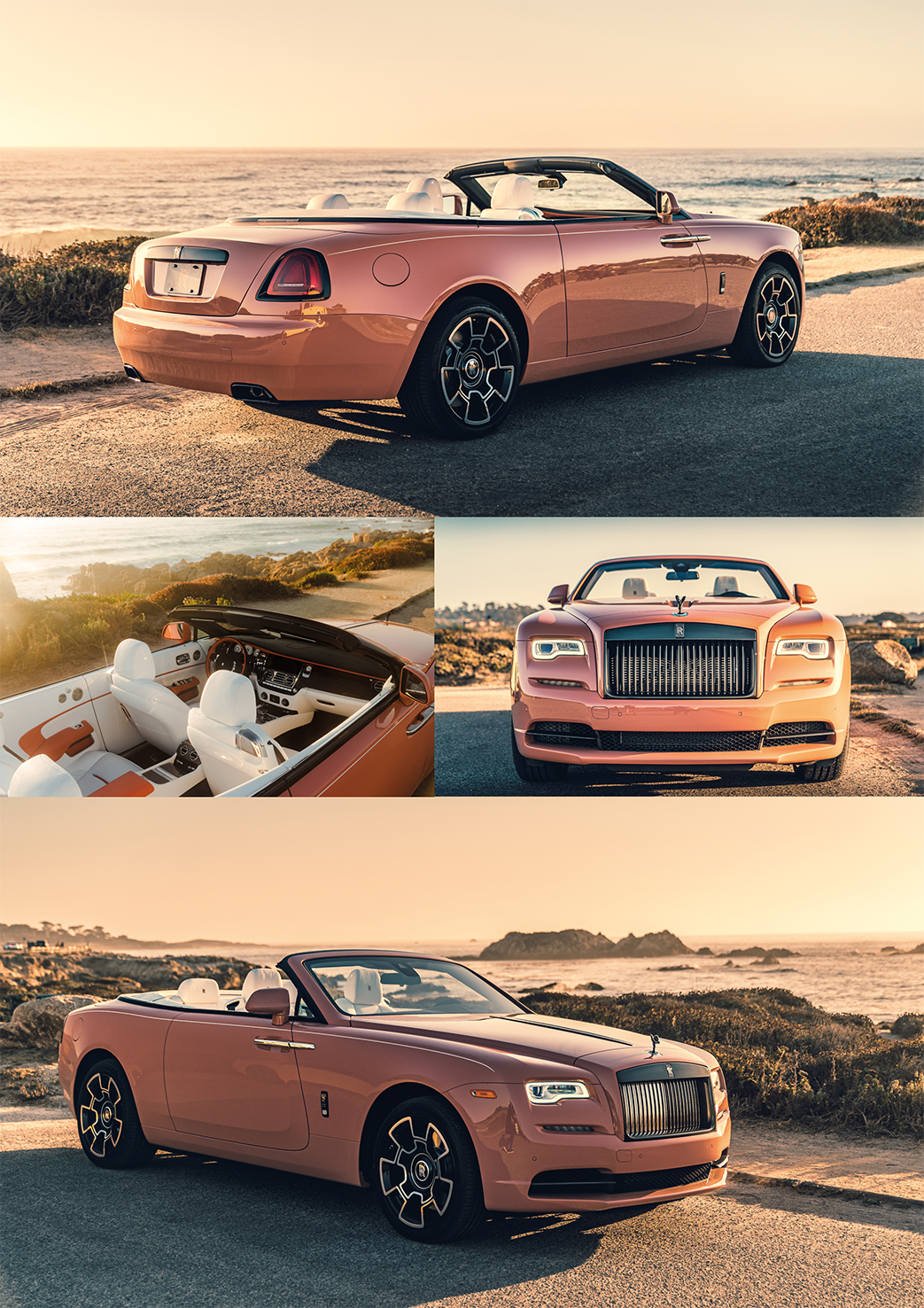 Standing as a truly bespoke response to the desires of a new breed of entrepreneur, Black Badge series Rolls-Royces are an alter-ego for the marque; something that captivates the disrupters, the innovators and those that accept no limitations. “Overwhelming demand from new patrons of luxury…” say the Goodwood based manufacturer of motor cars, “…tells us the time is now right to apply this assertive, confident and powerful attitude to Dawn”.

Roughly translated, what that means is that a Dawn Black Badge is an all-the-more darker, more performance-orientated, version of what is already probably the most luxurious convertible big money can buy. It’s aimed at a younger, hugely affluent clientele who demand the best, only better still.

Distinguishable from err.., lesser?… average?… more common-or-garden?… do such adjectives even apply? Rolls-Royces, Black Badge series cars get ‘high-gloss black chrome’ where usually, the silvery shiny bits would go. The front grille is black, the bonnet line is black, the rear lamp surrounds are black, the 21-inch wheels are made from a unique carbon alloy composite, the shrouds for the six (yes, six) tail-pipes are black, even the Spirit of Ecstasy is black.  Oh, and there’s more power too.

Rolls’ engineers have extracted another 30bhp from the 6.6litre twin-turbo engine. They’ve also increased the torque levels, and tweaked the suspension and gearbox settings to offer a more “spirited” driving experience.

Despite being over 17 feet long, and weighing-in at 2.6 tonnes dry, the 591bhp Dawn Black Badge can sprint to 62mph in under 5 seconds.

That said, it doesn’t so much accelerate, rather it simply gathers speed, effortlessly, relentlessly, and without drama, its power reserve meter rarely dipping below 60%. 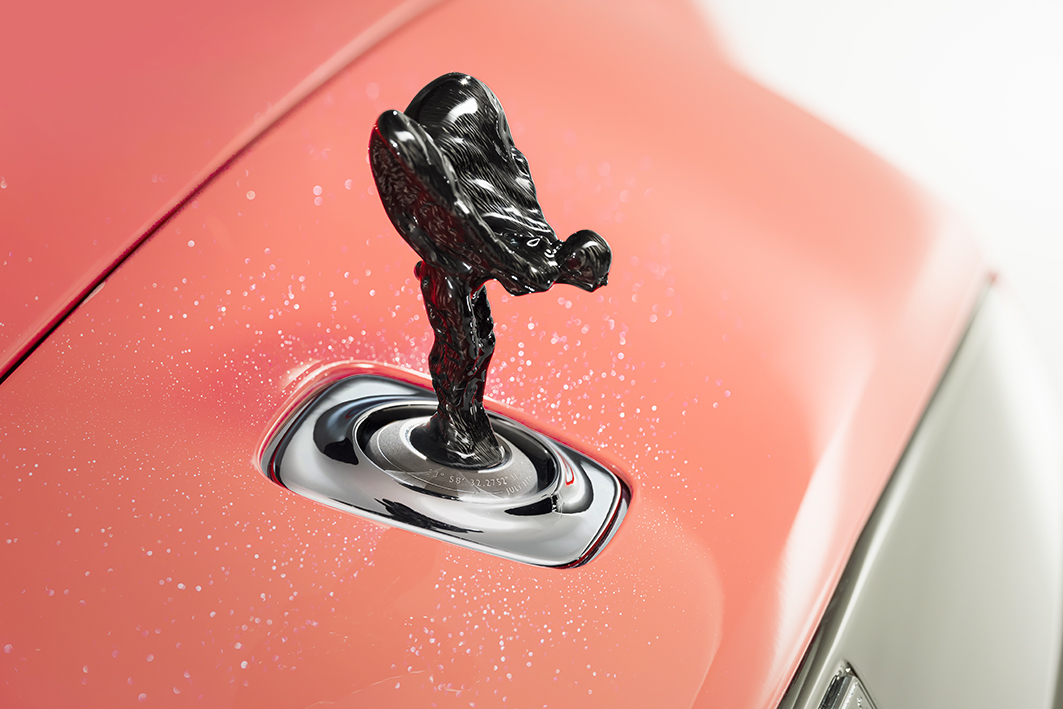 But the biggest, nay, nicest surprise, is how the Dawn Black Badge feels. That sense of detachment a Rolls-Royce usually offers its driver is replaced by something much more involving. The steering has more weight, more feel. The throttle response is more urgent. And, if you press the little Low button – the closest Rolls-Royce will ever offer to something as uncouth as a Sport Mode – there’s a distinctly deeper, more decadent, woofle from the exhaust. You feel more involved; it feels more alive.

And yet, that unmistakable magic-carpet ride remains. Regardless of the road surface, the traffic, your chosen speed, or even the rabble of the riff-raff who stand agog as you waft by, the Dawn Black Badge glides gracefully along on its computer–controlled air-suspension, ironing out surface imperfections as if they simply weren’t there.

Sadly, it’s not mine. It costs more than my house, plus the one next door.

It’s genuinely in a class of its own.