This month we uncover some of the rare specimens at the Royal Botanic Garden Edinburgh, find out that when it came to flowers Shakespeare really knew his onions, meet the writer who lost her sense of smell during the pandemic, and ask why everything’s fake these days. 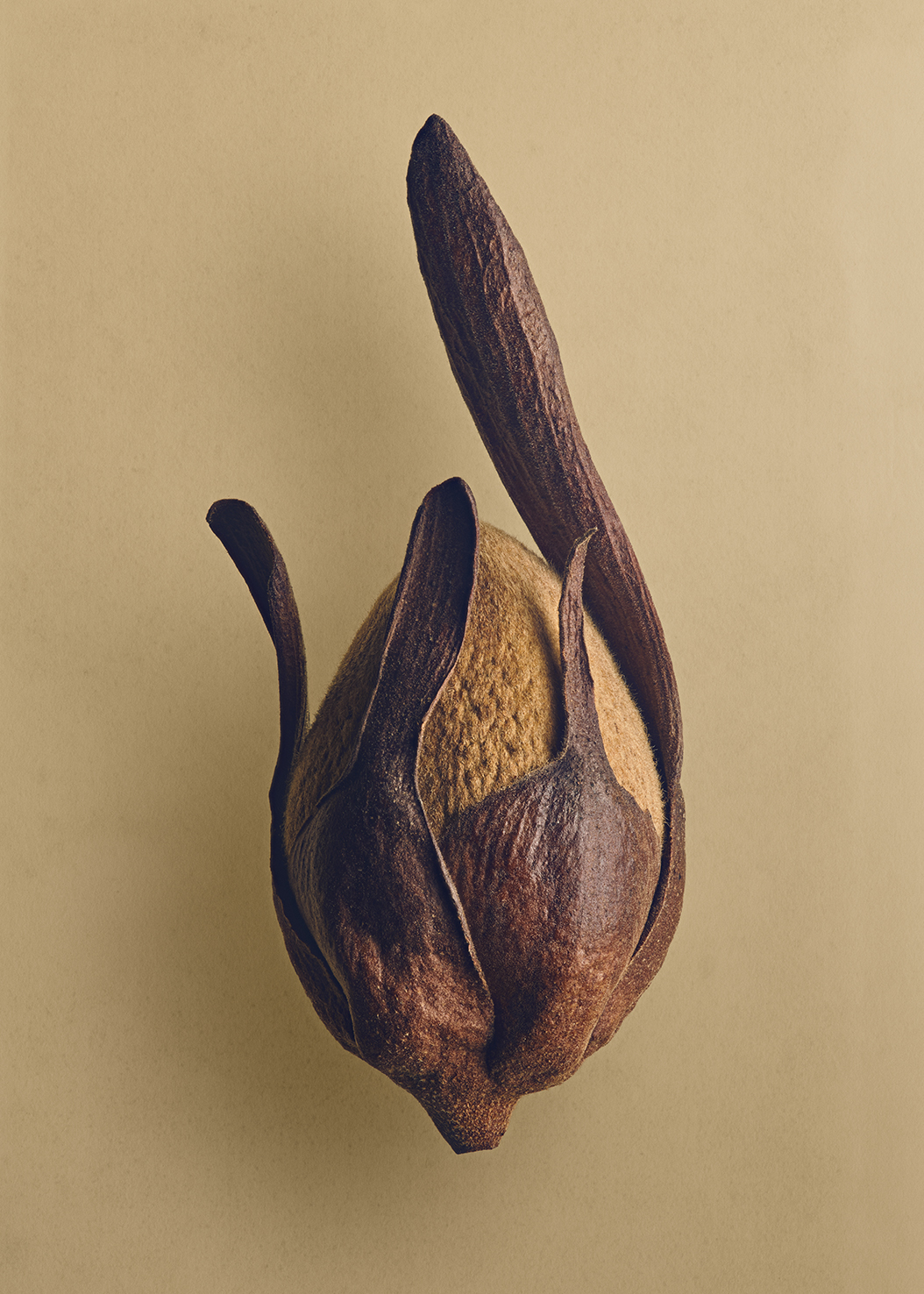 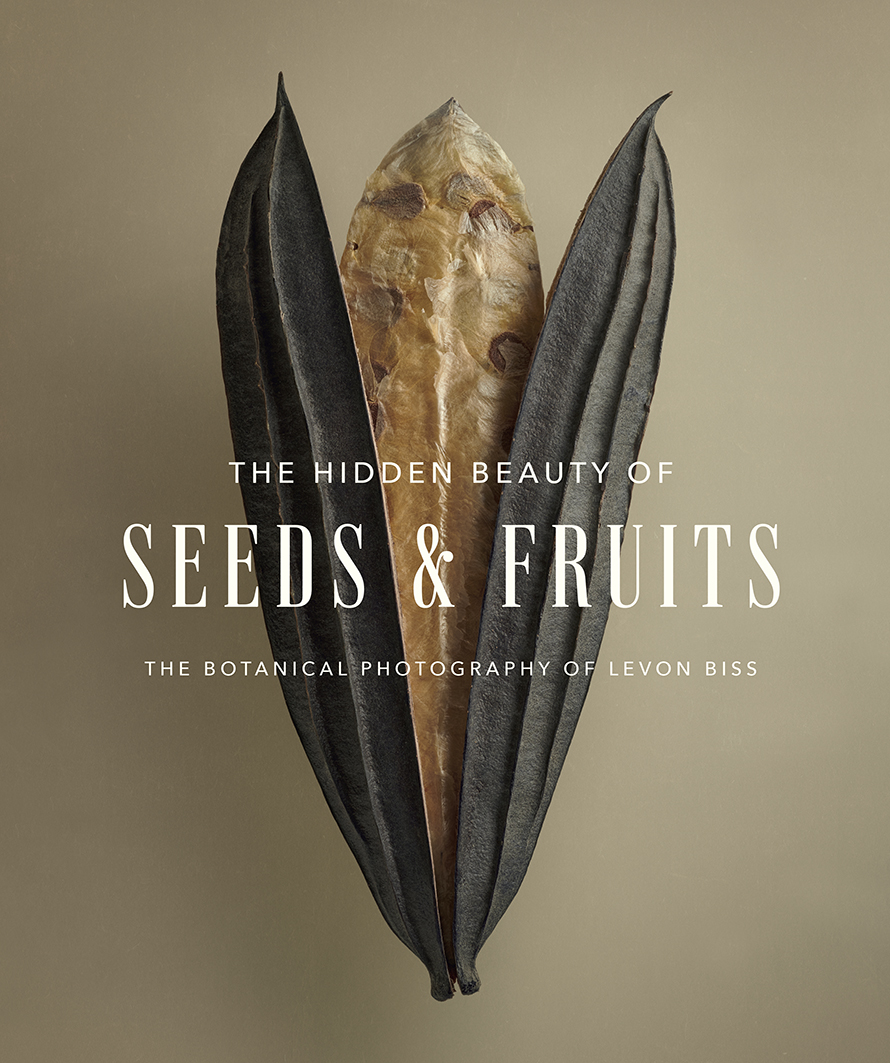 The Hidden Beauty of Seeds and Fruits by Levon Biss, published by Abrams, £30, hb

There are plenty of museums and institutions up and down the land housing wonderful collections of botanical specimens brought home from the ends of the Earth by the explorers of yesteryear. The hey-day of plant hunting was the Victorian era, when botanists roamed the world on vast voyages of discovery, collecting with a passion. Millions of leaves, flowers, seeds and fruits were subsequently and meticulously dried, stored, drawn, painted and handwritten into catalogues that pre-dated today’s digital databases by centuries. Then they were forgotten. Apart from the occasional specialist consulting them, hardly any of these invaluable collections are used today, and so they just gather dust in drawers.

One such collection is the herbarium at the Royal Botanic Garden Edinburgh that has more than three million specimens covering more than three centuries of expeditions. Thanks to the talents of British photographer Levon Biss you can now see a small percentage of them in his sumptuous new book The Hidden Beauty of Seeds and Fruits. A stunning coffee table tome, this port-folio of a hundred or so photographs of Edinburgh’s botanical specimens is both a work of art in its own right, as well as a huge technological achievement. 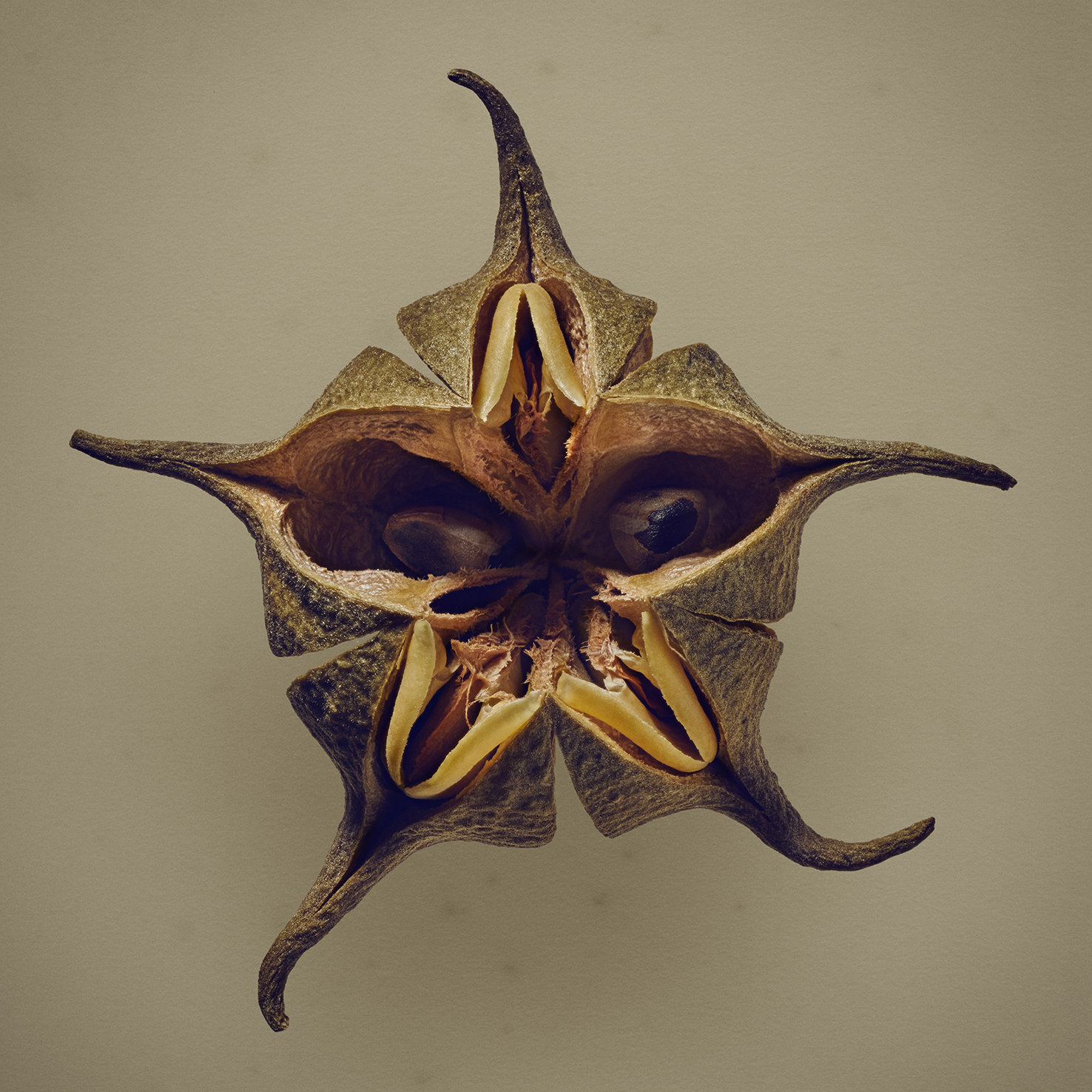 Biss is a superb photographer, and you need to be to do full justice into the strange and often bizarre botanical adaptations that have evolved over millennia. His images are a mix of the ancient and the modern. On the one hand, he uses his state-of-the-art macro camera system to create composite photo-stacks from thousands of frames to give him the required sharpness and resolution. On the other, Biss knows that to produce the best images, they’ve got to be shot with authenticity, and so for the backgrounds he’s used 19th century paper obtained from the Edinburgh archive coupled with sympathetic lighting. The result is that the final images share an uncanny resemblance with the field illustrations of the pre-photography era, only they’re more accurate and preserved digitally for the future. 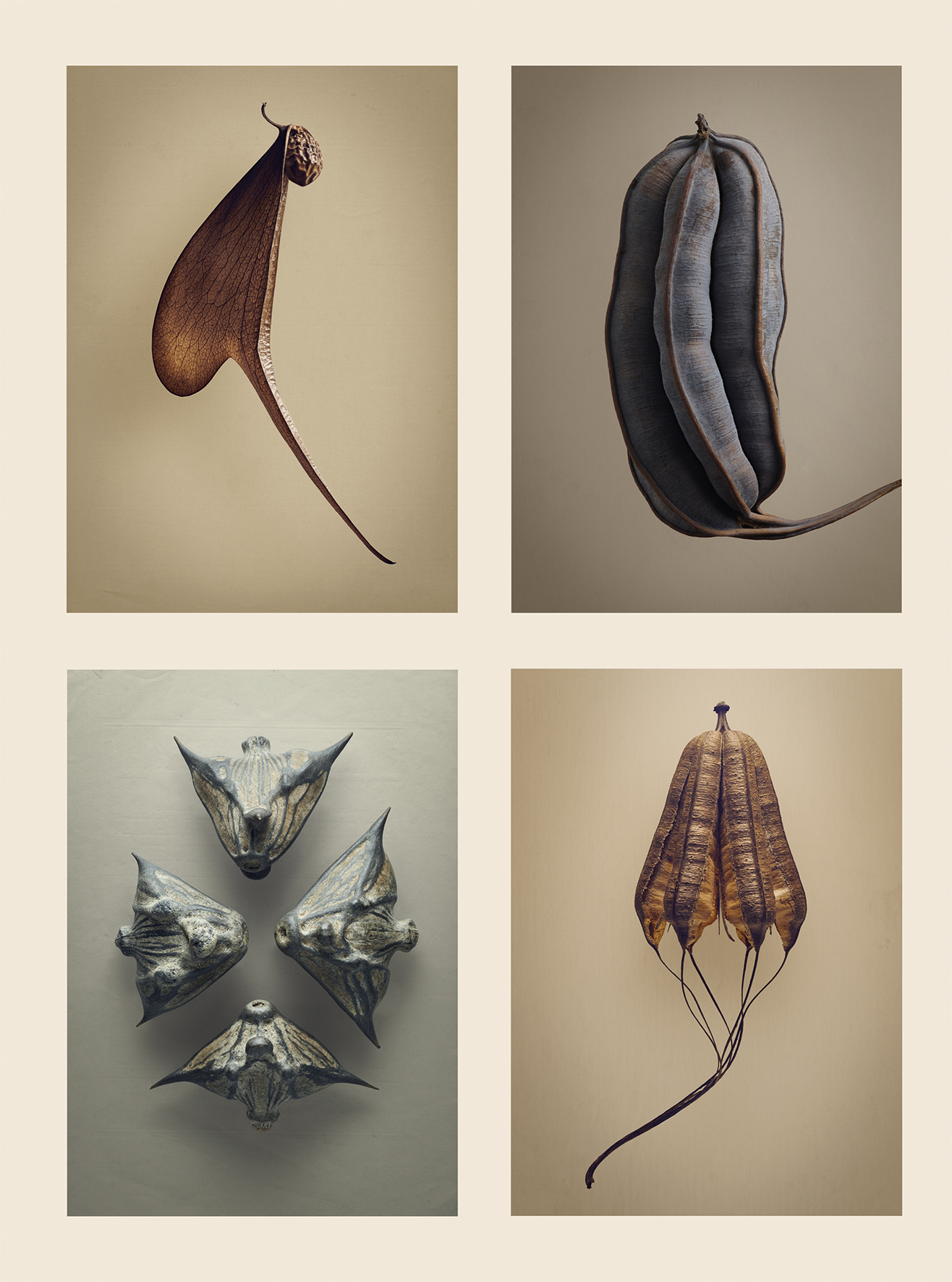 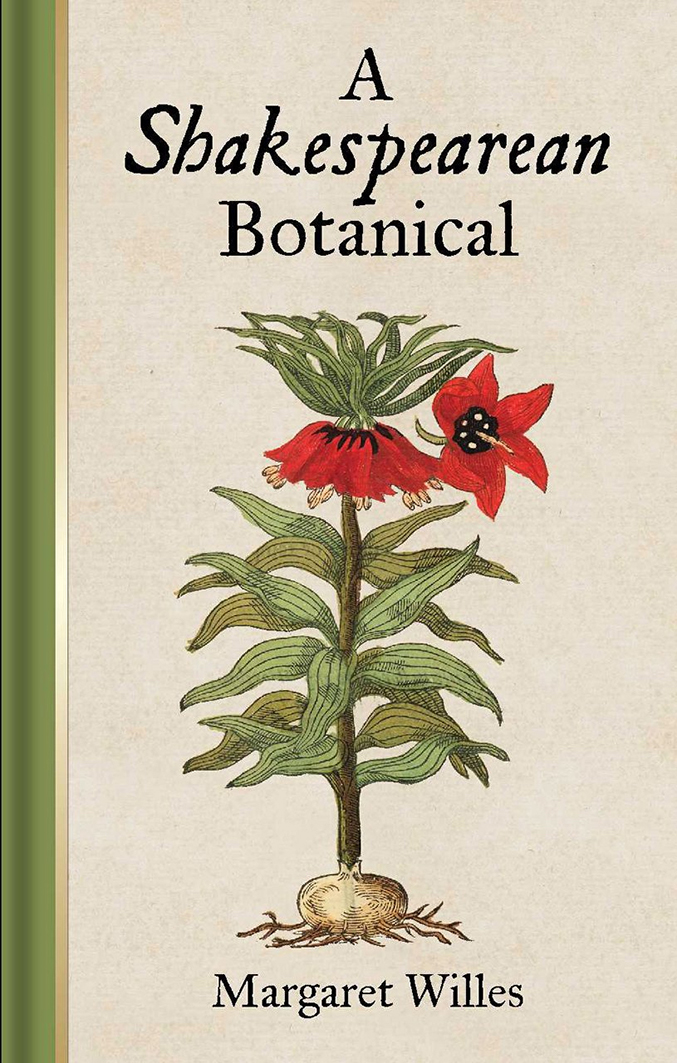 As Margaret Willes says in her introduction to A Shakespearean Botanical, the Swan of Avon may have been a closed book in many ways, “but it is clear from his works that he was familiar with a wide range of botany: flowers, herbs, fruit and vegetables.” What’s the significance of all this, you may well ask? For one thing, marooned in our world of electronic gadgetry, it gives us a window on what was once important to people in the pre-digital era; and for another, when you dig a little deeper (as Willes does) you’ll find that there was once a more intuitive understanding of the value of our native flora. In Swansea, we walk past sea holly every day, and yet how many of us know that back in Tudor times its root was candied to make sweetmeats, while others thought of it as an aphrodisiac? Even if your curiosity extends no further than wondering from where the expression ‘darling buds of May’ derives, you’ll come away from A Shakespearean Botanical richer for the experience.

It’s a sad fact of life that more than four centuries after Master Will of Stratford shuffled of this mortal coil there remain few everyday readers with the linguistic facility to read his words with fluency and understand-ing. And yet, such is his cultural resonance today that there are scholars prepared to comb though the poetry and plays to produce beautifully written illustrated books about the Bard’s botany. And the world’s a better place for that. 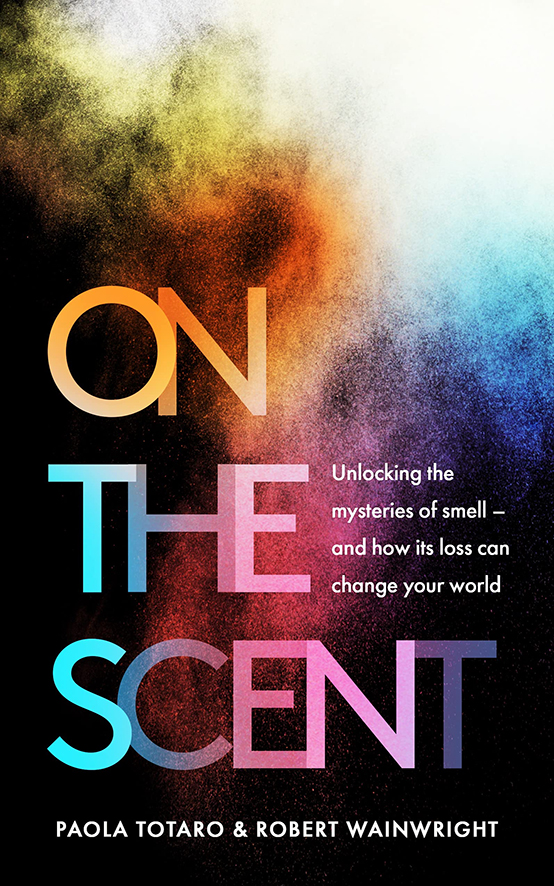 On the Scent by Paola Totaro and Robert Wainwright, Elliott & Thompson, £16.99, hb

Until Covid came along most of us probably never gave our sense of smell a second thought. And if we ever did, it’s likely that we will have thought no more of it than being a bonus sense that tells us when our toast is done, or when we get a whiff of floor polish reminds us of our school days. But that changed when Covid robbed us of our olfactory function, which is when we came to realise its importance. After all, while conventional wisdom has it that we can distinguish ten thousand differ-ent odours, science places that figure somewhere in the order of a trillion. When award-winning reporter Paola Totaro lost her sense of smell due to Covid in March 2020, her world became instantly dull. As more and more people caught the virus, it quickly became clear that loss of smell was a key symptom, and while olfactory researchers suddenly found themselves in the spotlight, Totaro was left trying to make sense of it all. Trapped in a sensory vacuum without fragrance or flavour, she set out on a journey of discovery to unravel the mysteries and eccentricities of our fifth sense. Co-written with her husband, Austral-ian author and journalist Robert Wainwright, On the Scent is a scientific, cultural and historical investigation into how airborne chemical compounds interact with the sensors in our noses and send messages to the brain for it to interpret. Crucially, it also examines what happens when the wires get crossed. Fascinating stuff. 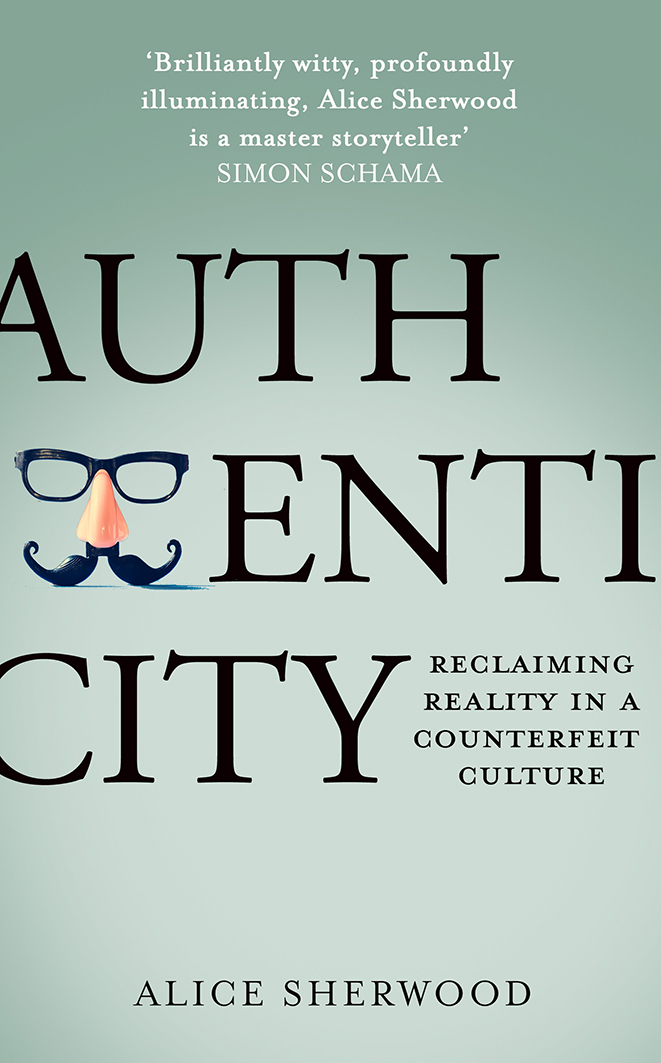 By the mid-16th century there were enough holy relics of the True Cross doing the rounds of Europe that, if you had a mind to, you could have constructed 300 entire crosses out of the fragments.

A million people die every year because they have taken medicines that are not what they thought they were. When you meet someone for the first time they will lie to you at least three times in the first ten minutes. There are 99 Louis Vuitton knockoffs out there for every genuine article sold. Sixteen percent of you are doubting whether any of this is true.

It’s a fact of life, says Alice Sherwood in Authenticity that we are living a world full of people and products that aren’t what they seem to be. But we also live in an age where high value is put on authenticity. We’re bombard-ed with marketing messages and pseudo-medical advice, dietary and fitness fads, elite brands and drugs, all of which claim to be authentic pathways to our ‘best’ lives. And yet, when we pick up the phone we no longer know if we’re talking to a person or a machine – and if it is a person you can get worthwhile odds on there being a scammer, fraudster or good old-fashioned highway robber on the other end of the line. In Authenticity Sherwood takes a long hard look at how and why we’ve ended up in a place where we can no longer see the wood for the trees. Where did the lies, deception and inauthenticity come from? Can we fight back? Turns out that we can, says Sherwood. 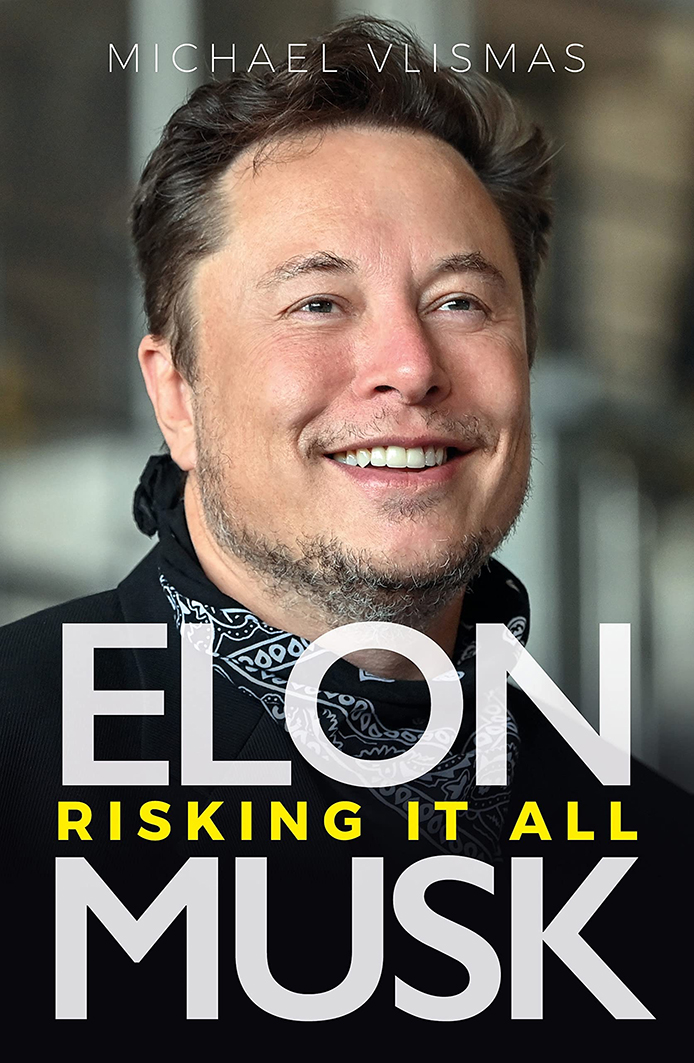 There can’t be many Bay readers that haven’t heard the name of arguably the most famous geek in the digital world today. But let’s imagine for a minute that there a few technophobes out there asking the question that journalist Michael Vlismas has set out to answer: just who is Elon Musk? The short answer is liter-ally everywhere on the internet, for the co-founder and CEO of Tesla – probably the richest human on Earth – can’t be accused of shrinking from the limelight. Meanwhile, a longer more considered answer comes in the form of Elon Musk: Risking it All, an unauthorised biography that depicts the entrepreneur as a boundary-pushing tech-cult billionaire. He’s also a trigger-happy tweeter with a ‘will he/won’t he?’ starring lead in the switch-back ride of whether he’ll end up owning Twitter.

Writing about Musk will give any author something of a headache because however fine you cut it in deliver-ing your magnum opus to the publisher, by the time the ink’s dry your work is going to be hopelessly out of date. So, it’s not much of an observation to say that Vlismas’s offering is already old news. But it doesn’t necessarily follow that it’s not worth a few hours of your time because this opportunistic potboiler, this slick slice of against-the-clock journalism, is terrific entertainment. More than that, it offers insight into a Peter Pan figure for whom the expression ‘more money than sense’ might have been coined. Want to go into space? Set up SpaceX. Fancy an electric car? Build Tesla. Is today the day to own one of the world’s biggest social media platforms? Make a bid for Twitter. A great read. 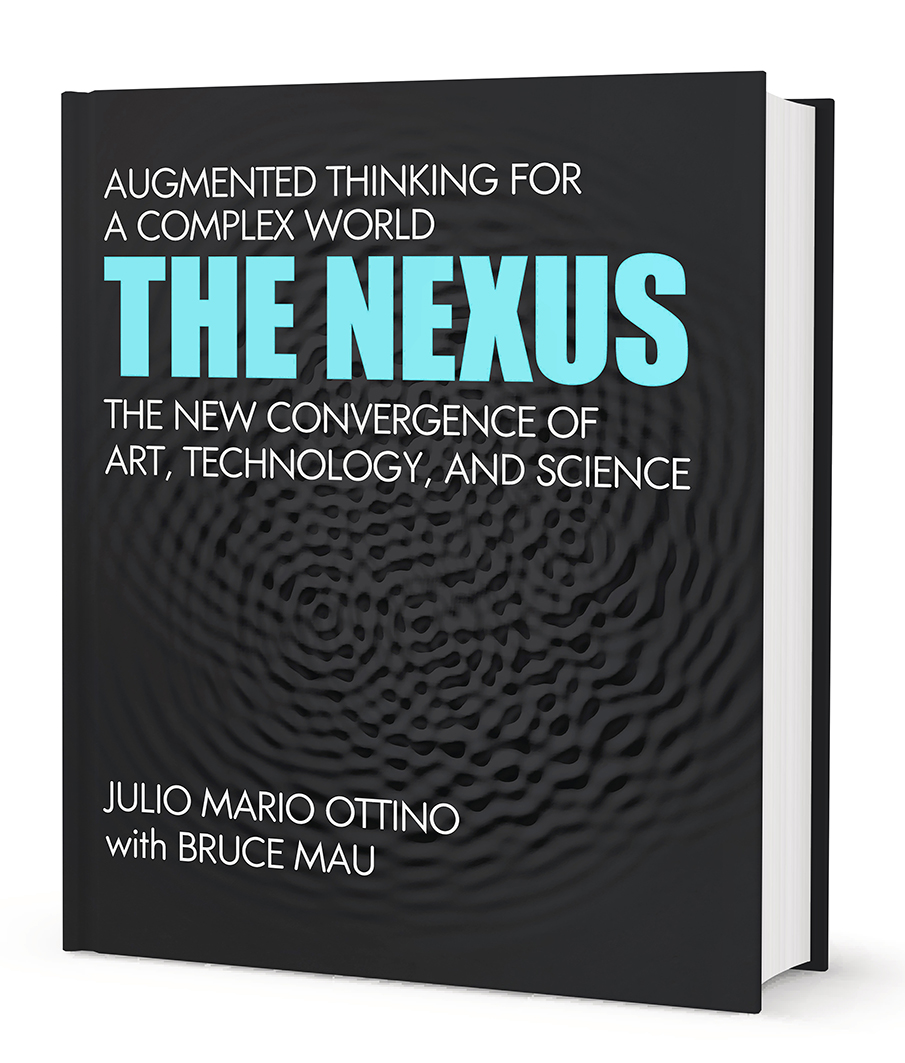 On the cover, above the title The Nexus, there is a two-line slogan that reads: ‘augmented thinking for a complex world.’ Below, there is sub-title of similar length, positioning the book as an invitation into the arena of ‘the new convergence of art, technology, and science.’ With all these taglines The Nexus has all the hallmarks of a manifesto, while the mass of complex graphics, intricate typesetting and eclectic picture editing take us into a reading experience that goes way beyond that of a traditional book of words. And that’s part of the point, for The Nexus is more than a book: it’s literary artefact that brings together everything you need to know about the modern world in the hope of solving its problems. To be fair, its author Julio Ottino and his visual collaborator Bruce Mau have warned us: ‘today’s complex problems demand a radically new way of thinking.’

If we are to find creative solutions to current and future global challenges – pandemics, climate change, food insecurity – we must apply lessons from the convergence of art, technology and science, they say. It’s no longer enough to sit in one space and pretend it’s nothing to do with us. We need to look at what happens at the point where these three domains meet and get stuck into some joined-up thinking. Maybe The Nexus is a step in that direction for a world whose leaders seem so clueless. But as admirable as Ottino’s handbook for how to gather our collective thoughts may be, you can’t help feeling that this wide-ranging treatise of populist philosophy won’t gain much traction with global governments.