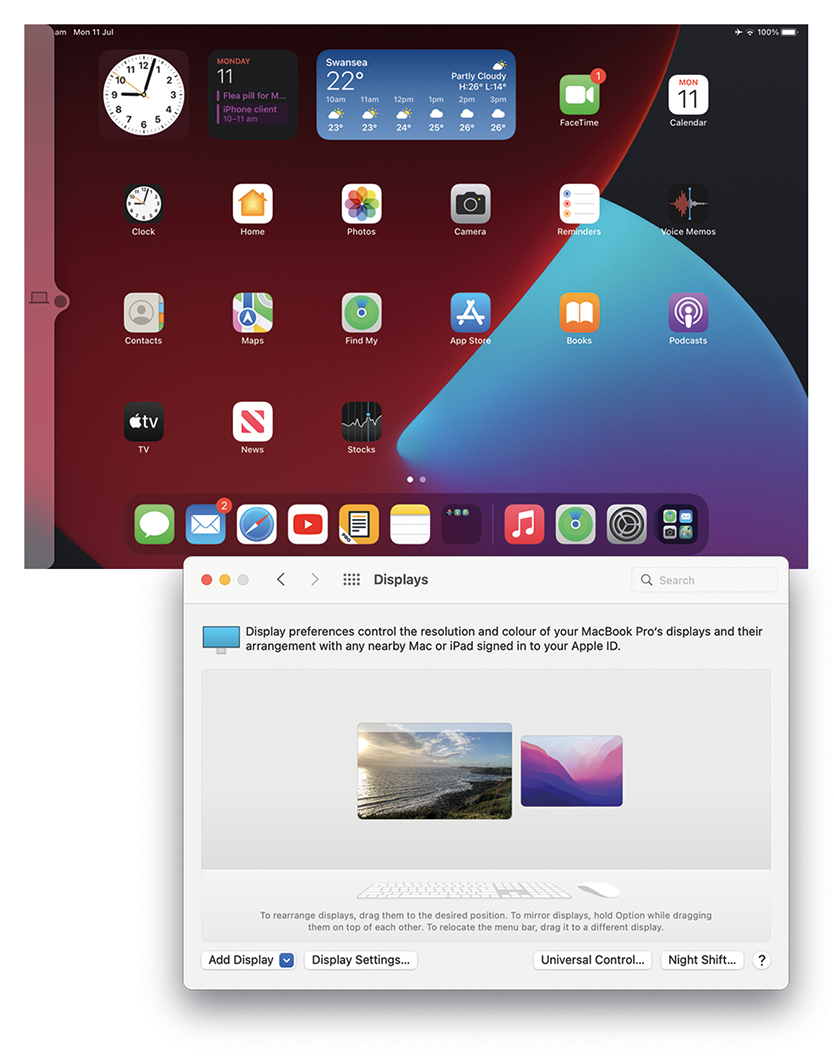 Q: I hear iOS 15.5’s been released.  Any new features worth upgrading for?

A: This is actually a question that can only be answered based on one’s personal requirements. But let me tell you of a feature that rekindled my ‘wow, how does this work? It must be magic!’ feeling. It’s called Universal Control, and it allows you to control an iPad from a Mac, and vice versa (although the latter only works if you have a keyboard connected to said iPad).

But this is one of those ‘it just works’ features that the Mac was once famous for, and here it is again. You need to make sure your iPad is on 15.5, and your Mac on 12.4 (ie the latest versions of their respective OSs).

You also need to make sure both devices are linked to the same Apple ID. And that’s it. There’s nothing else to do. Now with both devices turned on, awake, and near each other, move the Mac’s cursor to the left or right edge, and keep going. You should then see a thick whitish dot trying to enter the iPad’s screen on the opposite side (this allows you to decide wether you want the iPad to be on the left or right of the Mac). Move the cursor further in the direction of the iPad and that dot ‘breaks into’ the iPad.

From then on, you can use your Mac’s cursor and keyboard to control the iPad, switch between apps, type a letter, whatever you want to do. As long as the cursor is on the iPad’s screen, your Mac’s input devices will be able to control it. Move the cursor back to the Mac’s screen to control your Mac’s apps instead. As I said, magic.

Steve Paris is an internationally published writer, an Apple Certified Trainer, and provides consultancy, training and trouble-shooting services to the Swansea area. You can email him at help@baymacs.co.uk or contact him on 077-8866-0407.